Gianni is wandering back and forth behind the scenes. It’s a hot summer night and the room is full of people: someone is waiting at the bar, someone is entering the room holding someone else’s hand, someone is sipping his favorite cocktail relaxed on a black comfy sofa.

On stage, a tall boy from Cremona is performing his own cabaret act for the very first time. With a mere joke and a very bright smile, the audience bursts out laughing, clapping their hands vigorously.

Gianni is peering down at the audience, breathing a sigh of relief: the tall boy was well-received, and could even perform again the following night. Gianni is Gianni Bongiovanni, the owner of Milan’s Derby Club.

“The tall boy from Cremona is Enzo Iacchetti, one of the longest-running comedians to perform on his stage.”

The story of Derby Club on Via Monterosa is a story of a happy marriage between the city of Milan and a comedy club that, during the ‘50’s and the ‘60’s, gave life to an artistic and theatre vanguard (and secondly, a television one) not found in many cities in Italy.

The idea of a venue with cabaret or live music popped up in the creative mind of Gianni and his wife Angela when they were brainstorming ways to give Gianni’s parents’ restaurant a new life. The couple decided to use the space downstairs to organize events and brand-new live theatre shows with a unique vibe. 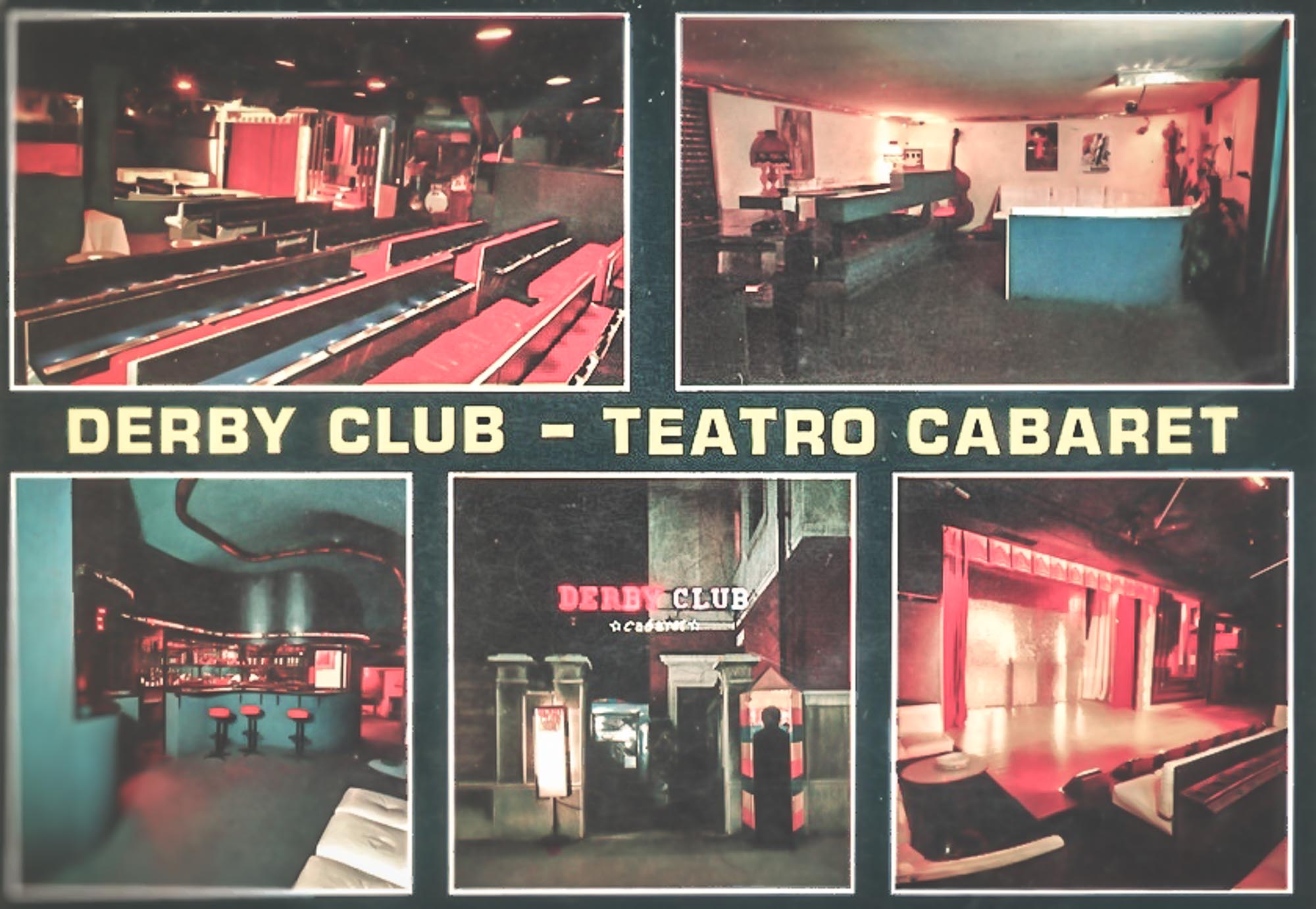 After getting the go-ahead from the owners of the Gi-go restaurant, Angela and “Bongio” ― as everyone used to call Gianni Bongiovanni ― opened the ‘Whisky a gogò’, shortly after renamed ‘Intra’s Derby Club’ (inspired by the famous jazz player Enrico Intra and the San Siro racetrack), and finally named once for all, the Derby Club.

Among its tiny sofas and black puffs, on the stage of the Derby some of the most important comedians from Milan’s art scene launched their careers, such as Aldo and Giovanni, Diego Abatantuono, Claudio Bisio, Massimo Boldi, Enzo Iacchetti, Giobbe Covatta, Giorgio Faletti, Paolo Rossi, Enzo Jannacci, Teo Teocoli and many more.

The Derby saw a young Francesco Salvi climbing the ladder of success, fighting by the skin of his teeth, and fighting each time with his father for always running the gas tank empty. The Derby told the sleepless nights of Enzo Iacchetti, who hustled between Milan, where he performed every night, and Ponte Tresa, where each morning he read press releases on the radio show that he ran with a bunch of friends. The Derby saw the fights between Giorgio Faletti and Paolo Rossi over supposed stolen lines.

“And it saw the rise of the character of the ‘terruncello’ (from the south) from the mouth of Angela’s nephew, Diego Abatantuono, whose charismatic presence was not lost on Renzo Arbore, who sat in the audience.”

The Derby, once again, gave the stage to piano jazz notes from international artists such as Charles Aznavour, John Coltrane, and Quincy Jones. Celebrity audience members clapped their hands; personalities such as Gianni Rivera or Pietro Mennea, and show biz stars such as Johnny Dorelli, Dario Fo, Marcello Mastroianni, and Mike Bongiorno attended the Derby.

Unfortunately, as with every beautiful thing in life that shines while it rises, even the star of Derby Club had a short life. The ‘80’s were tough years: Gianni Bongiovanni died, and commercial television rose; the comedy “rat pack” found a wider and more rewarding trusted audience on TV. In 1985 the historical Milan Derby Club closed down. 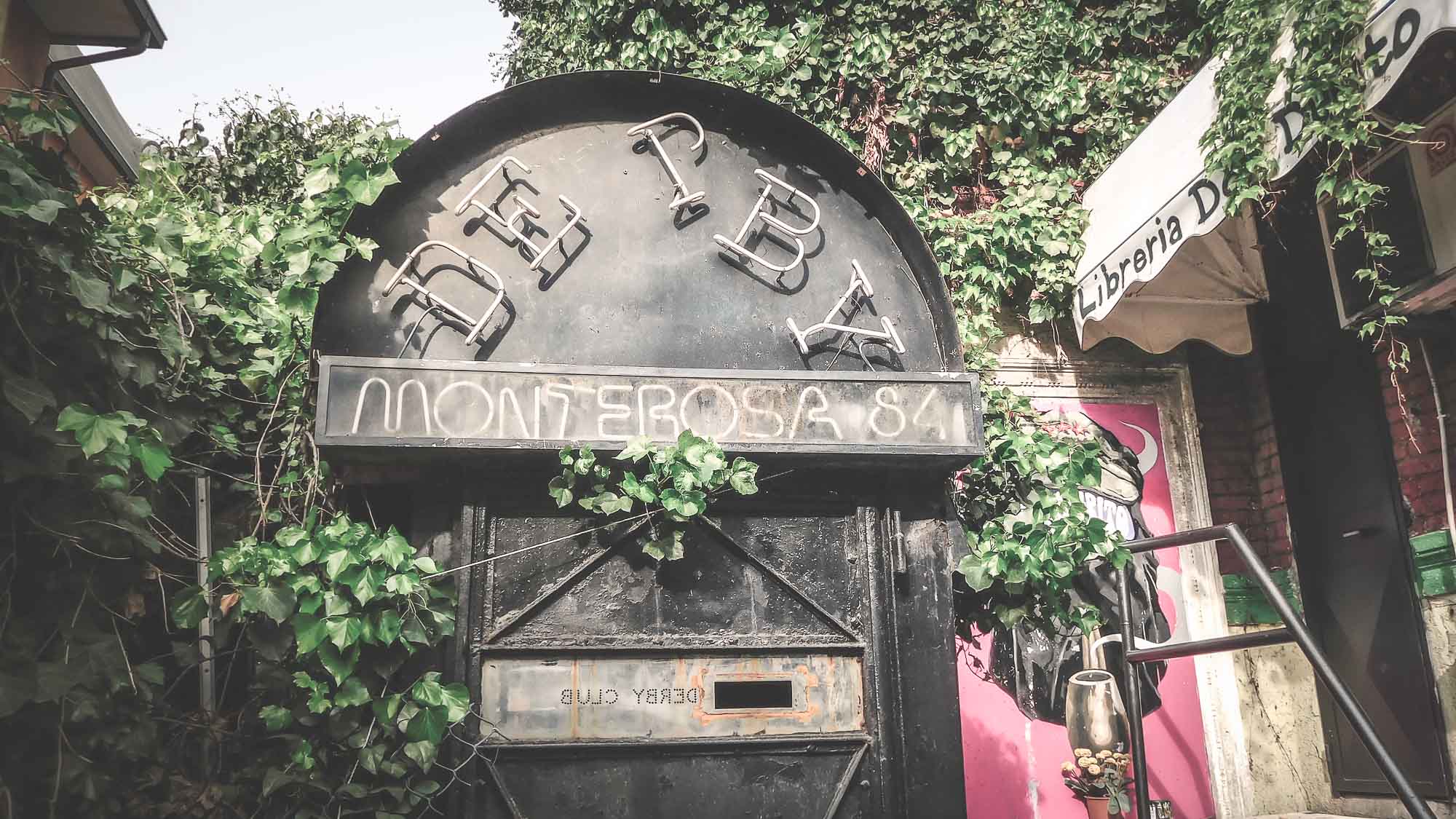 Today on Via Monte Rosa, hidden behind the woods and the wild and overgrown grass, there is still the old sign of the club, easily missed at first glance. Still, the name of the Derby Club persists and allows itself to be seen with discretion.

Entering the front door, running your hand over the wood and walls, is like entering a temple: you can feel a sort of reverence, and a nostalgia of a time where anything was possible because people really believed in their cause.

“The Derby Club for many artists was a field of hope, a safe place in a city like Milan, full of possibilities and opportunity for innovation.”

A city always running, a city in which to be you must be careful not to be left behind and not miss the moment. Those artists, the young guys, with their sleepless nights and sacrifices, dreamt about a bright future filled with comedy.

Thanks to the patience, the strength, and the determination of people such as Angela and Bongio, the historic Derby served as a stepping stone on which to build their dreams without the fear of seeing them pass by.

Even if the air you feel here is the saudade (nostalgia) for a place of imagination that physically does not exist anymore, on Via Monte Rosa the magic of Milano still remains, a city capable of giving so much without asking anything in return from its dreamers. A city where simple dreams do not stay small but, on the contrary, can become bigger and bigger, taking flight in the end.

Photos and postcard from Wikipedia

A perfect screenplay, an eternal mask, the first sports movie to win an Oscar for Best Film. More than 40 years ago the audience met Rocky, and Sylvester Stallone conquered the world with a story of boxing and success. Or maybe not? “At the time, I was looking for a breakthrough, but nothing happened.” In […]