The Paninari movement belongs to those from a generation ago. A way of being, that emerged in vivid Milan during the ’80’s, gave birth to across-the-board trends including food, art, attitudes, style, fashion, music, and even perspectives on sex.

Paninari ― we’ve briefly talked about it in past articles ― ignored rock ‘n’ roll, did not understand country music, and did not care to discuss politics or other highly intellectual concepts. They were the ones that made leisure time their principal lifestyle. They were the favorite target of “artists”, or of those who considered them ignorant because they did not declare themselves fans of the Beatles or the Rolling Stones.

They were rejected by heavy metal music fans as well because of their way of talking, their interests, the music they listened to (the heavy metal fans preferred Cure or Black Sabbath), and because they were considered shallow and unmotivated.

The Paninari were a juxtaposition of souls that found Milan to be a battlefield for different groups of youth, documented by the magazines and newspapers of the time. In this environment (Milan in the 1980’s) the Paninari trend blossomed. Recognizing that Paninari were very relaxed, they were often spotted wearing:

“Moncler winter coats, usually in bright colors like light blue or acid green, Americanino or Naj Oleari-branded sweaters, a pair of Armani or Diesel cropped ankle jeans and, of course, a pair of Timberland boots.”

Although you could never see their eyes, as they were hidden behind Ray Ban sunglasses, you could still hear their provocative way of speaking and their smooth-talking to beautiful young ladies. Or to you, if you really piss them off, you might hear some more colorful language.

They toured Corso Vittorio Emanuele II, situated between Piazza Duomo and Piazza San Babila. They started their nights out first at Burghy’s, and ended the night at Al Panino di Via Agnello’s bar, their honorary headquarters (that’s where their name comes from, in fact).

“Their temples were the fast food chains, their prayers were music videos or Italia 1 DeeJay Television’s schedule, their gods were Duran Duran and Simple Minds. And if you could fit in this way of living, then you could become one of them.”

As with any trend, even the Paninari movement ended ― this time in tandem with the close of the ‘80’s. But it left behind a legacy of a new kind of pop culture based in Milan ― several video games and comics were dedicated to the Paninari’s trend.

Enzo Braschi’s live performances at ‘Drive In’ helped the Paninari trend to become mainstream thanks to its comic language. The success of books such as Clizia Gurrado’s ‘Sposerò Simon Le Bon’ (‘I will marry Simon Le Bon’), which was written as a diary but soon became one of 1985’s bestsellers, (not to mention a true manifesto of the Paninari generation) also propelled the trend. In 1986, it also became a movie titled, ‘Confessioni di una sedicenne innamorata persa dei Duran Duran’ ― ‘Confessions of a teenager desperately in love with Duran Duran’. 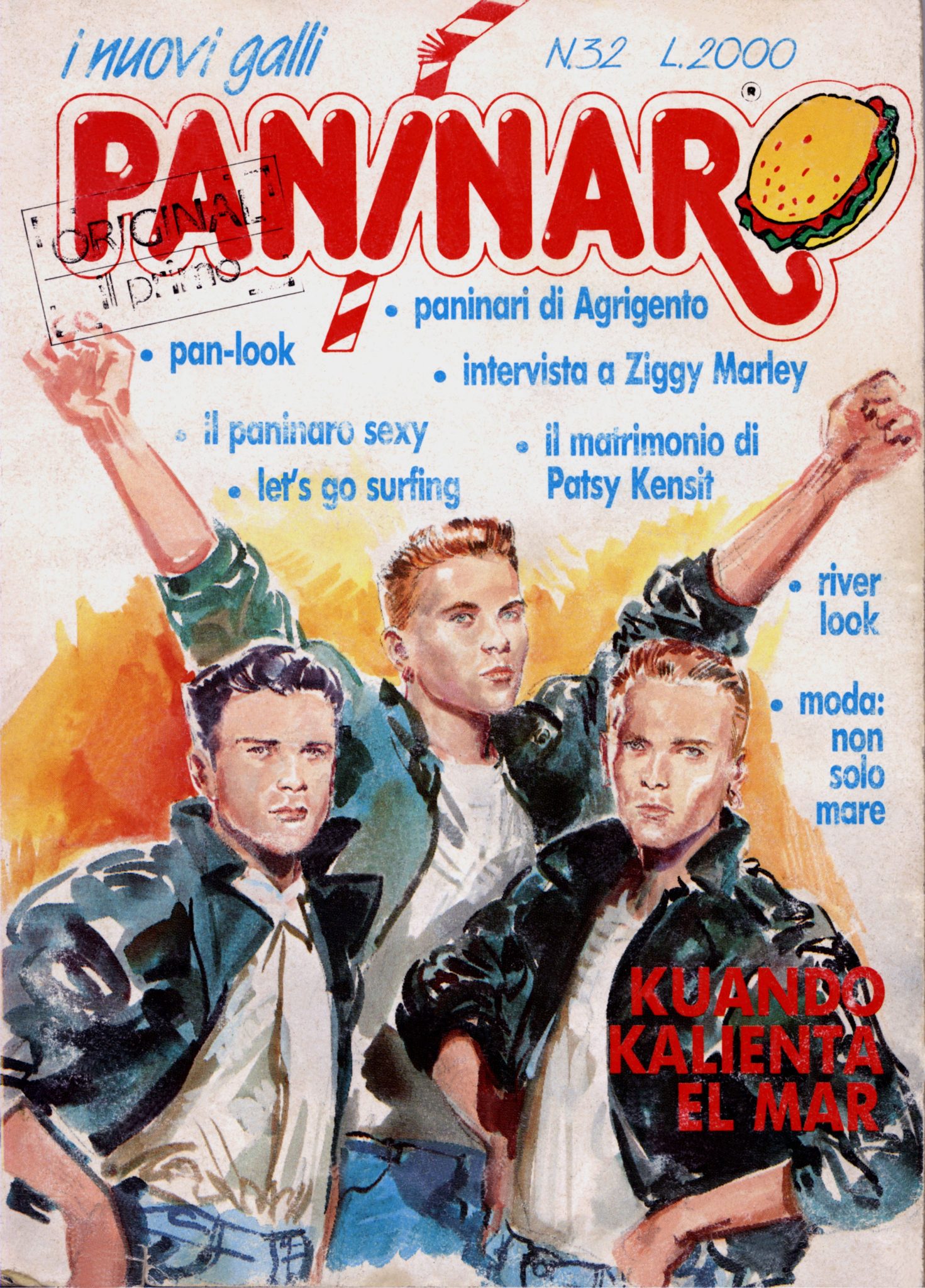 The spread of Paninari also expanded thanks to the famous Pet Shop Boys song Paninaro. Through reading the lyrics of this song, in fact, one can really understand the true soul of this trend. It’s full of contrasts, both subculture, and mainstream, original and trendy, male and female, high and low. In short, Paninari is kaleidoscopic and irreverent, as every trend should be.

“Pleasure”, “food”, “cars”, “travels”. These are the words that the Pet Shop Boys choose to focus on, putting special attention on ludic and funny aspects of the tribù. Paninaro is simply a straightforward way of seeing the world and facing life’s challenges as if there were no real scary future ahead. Going with the lyrics, one line t hits especially close to home: “What I do love, I love passionately.” What you do love, you fight for it, and love it wholeheartedly.

“Life”, “hope” and last but not least, “love,” were the true manifestos of the 1980’s, the decade of love and its downsides (you all know about the spread of AIDS, called the “love disease”).

“Passion and love for life. Two important aspects that became the cultural expression of the Paninari movement, but also of the Italian way of being ‘dolce far niente’ (the pleasure of doing nothing).”

Paninari is a way of conceiving leisure time that leaves no space for ethical or moral judgments, but where morality and ethics become a new aspect of the love of being in the moment. For Paninari, immorality stands for becoming slaves of a routine life, living without enjoying sex, food, traveling, and pleasure. Which, are some of the Paninari’s pillars, and pillars of Italy in general as well. And pillars of a vivid lifestyle, full of new discoveries, as only can be found in Milan.

By observing shoes you can understand a lot about a person.