Lights on the dancefloor: we can listen to jazz, fox or charleston; the air is crisp and the ballroom’s protagonist is an athletic, wiry and distinct-looking dandy with his impeccable style, shouting about comfort. We are in the mythical 20s: the age of feathers and sequins, of art déco; these years marked an unforgettable era which still affects the fashion industry, a hundred years on. 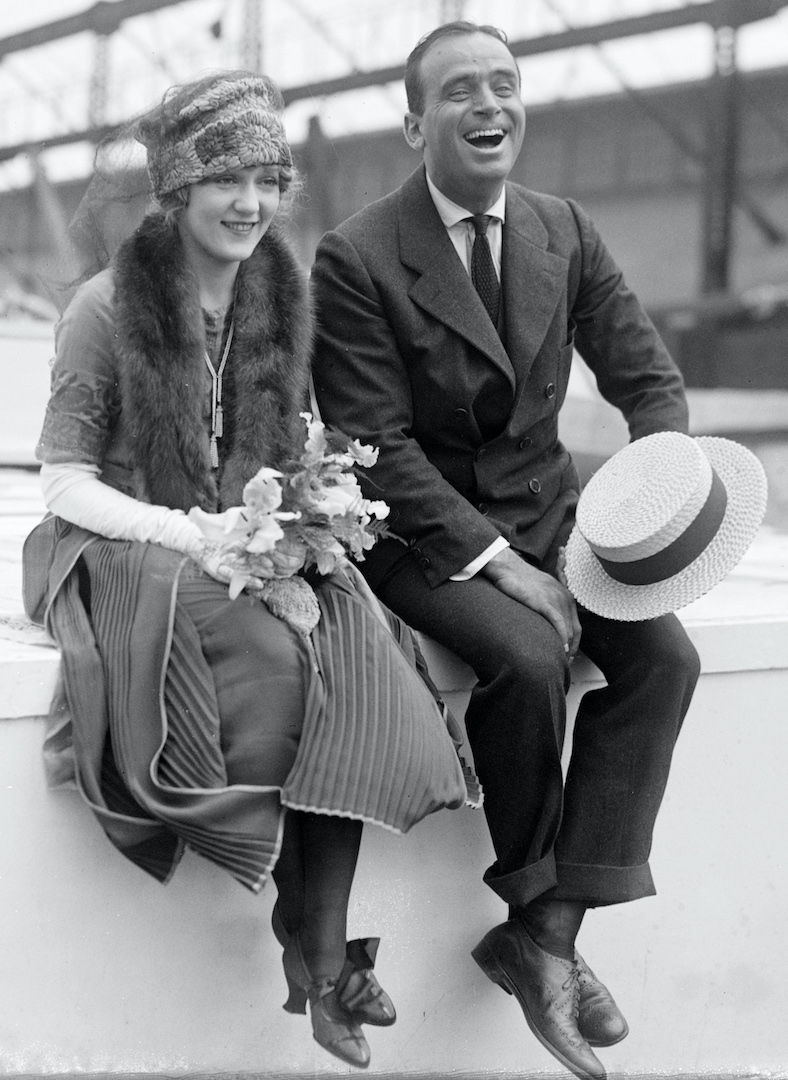 Europe saw America through cinema and music and was inspired, but style was rigidly Made in Italy.

In the morning golf, wearing knickerbockers, typical plus fours matched with tube socks; a business lunch and a tennis game with pants, V neckline shirt and cap total white look in the afternoon.

The night is devoted to music: he sips a southside, not afraid of staining his suite which – with its smooth cut – stands out also in the most lively of parties.

He is a gentleman, he walks confidently with his pipe and his enchanting and catching gallantry. Ambition, self-awareness and audacity are the ace in the hole for a man who wants to feel free to dream, to establish himself and to… wear. Day or night, formal context or party, there is only one rule: rigid clothes you can’t wait to take off are strictly forbidden. 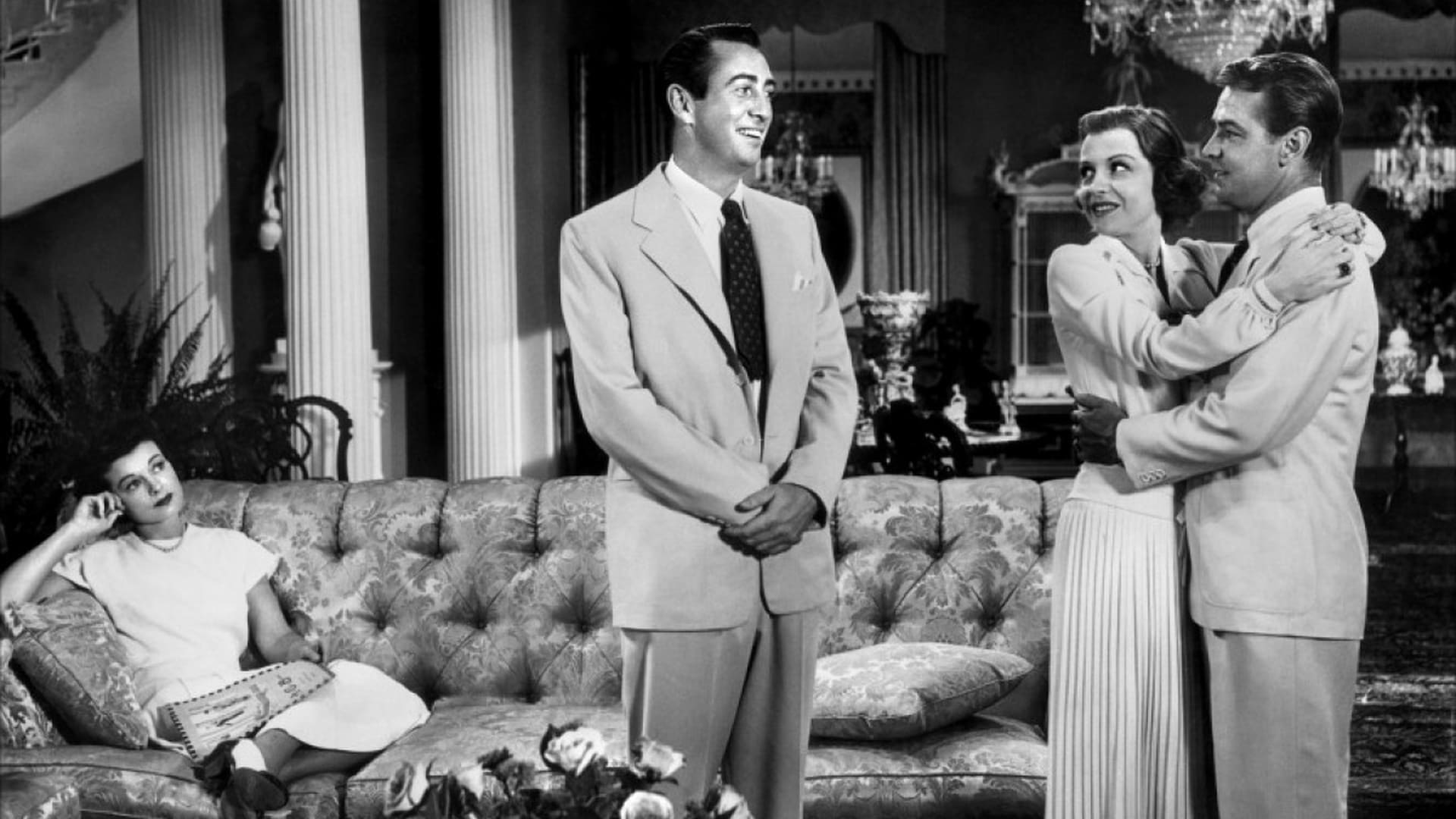 An example? White-collar shirts were icons of the ‘20s: detachable and starched – usually white – collars persisted, but smoother collars began to take center stage. Rounded or pointed, Korean-style – an absolute novelty at the time – or button-down (worn by sportsmen and golfers), collars were and remained a shirt’s distinctive feature, an essential item in a gentlemen’s closet, as The Great Gatsby teaches us:

«He took out a pile of shirts and began throwing them, one by one, before us, shirts of sheer linen and thick silk and fine flannel, which lost their folds as they fell and covered the table in many-colored disarray. While we admired he brought more and the soft rich heap mounted higher — shirts with stripes and scrolls and plaids in coral and apple-green and lavender and faint orange, and monograms of Indian blue.» 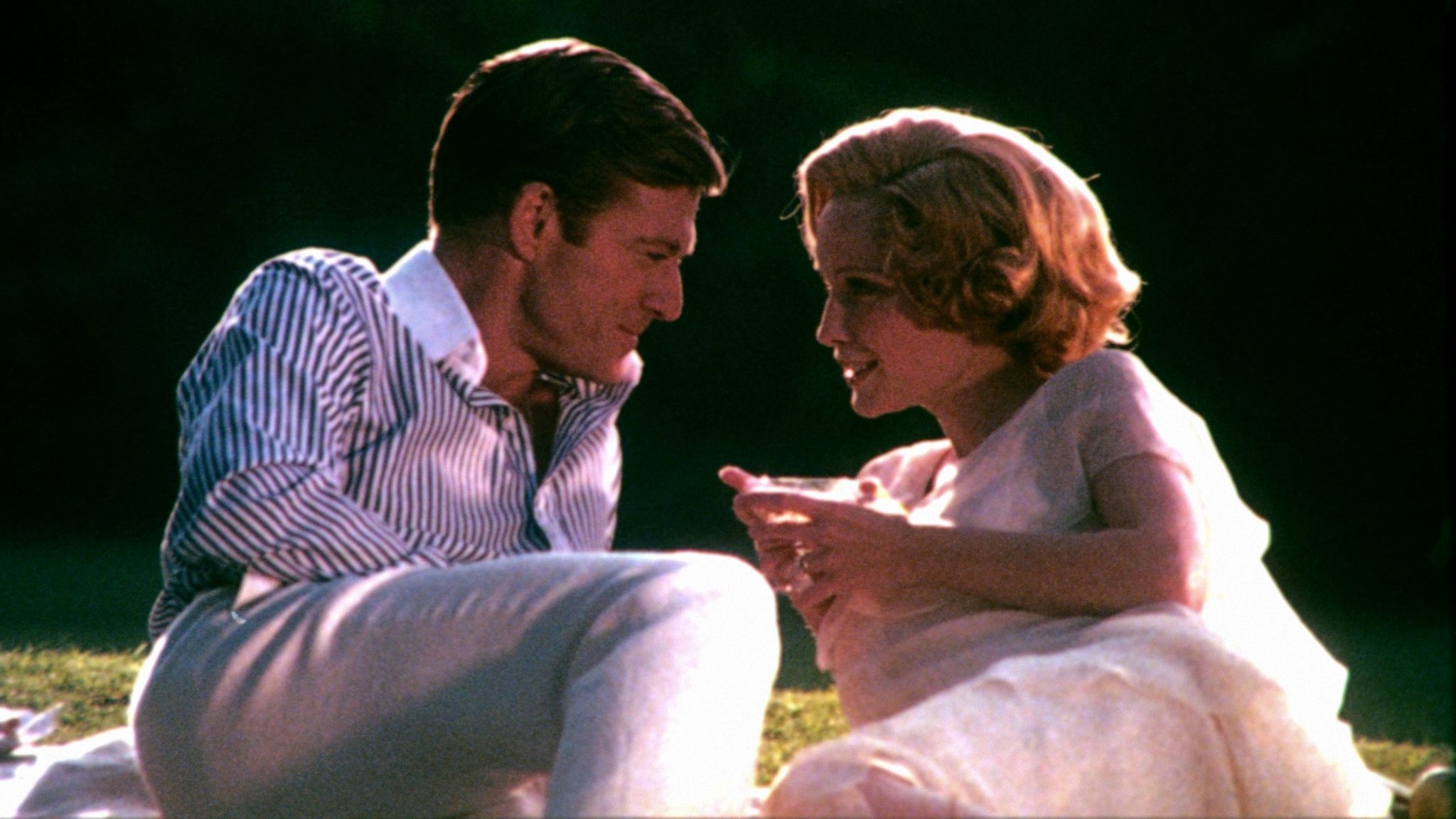 Long, short, knitted, striped, tartan or à pois, plaid or art-déco-inspired patterns: shirts had neckties as loyal “allies”, and enjoyed a touch of color when they were wrapped around them. For more sportives men, silk neck-wear was a valid alternative.

But shirts and ties were not all… what about the three-piece suit? The undisputed star, born in the 1920s. It was love at first sight for men because it allowed them to forgo “canonical” clothing and personalize their look expressing their personality at best. 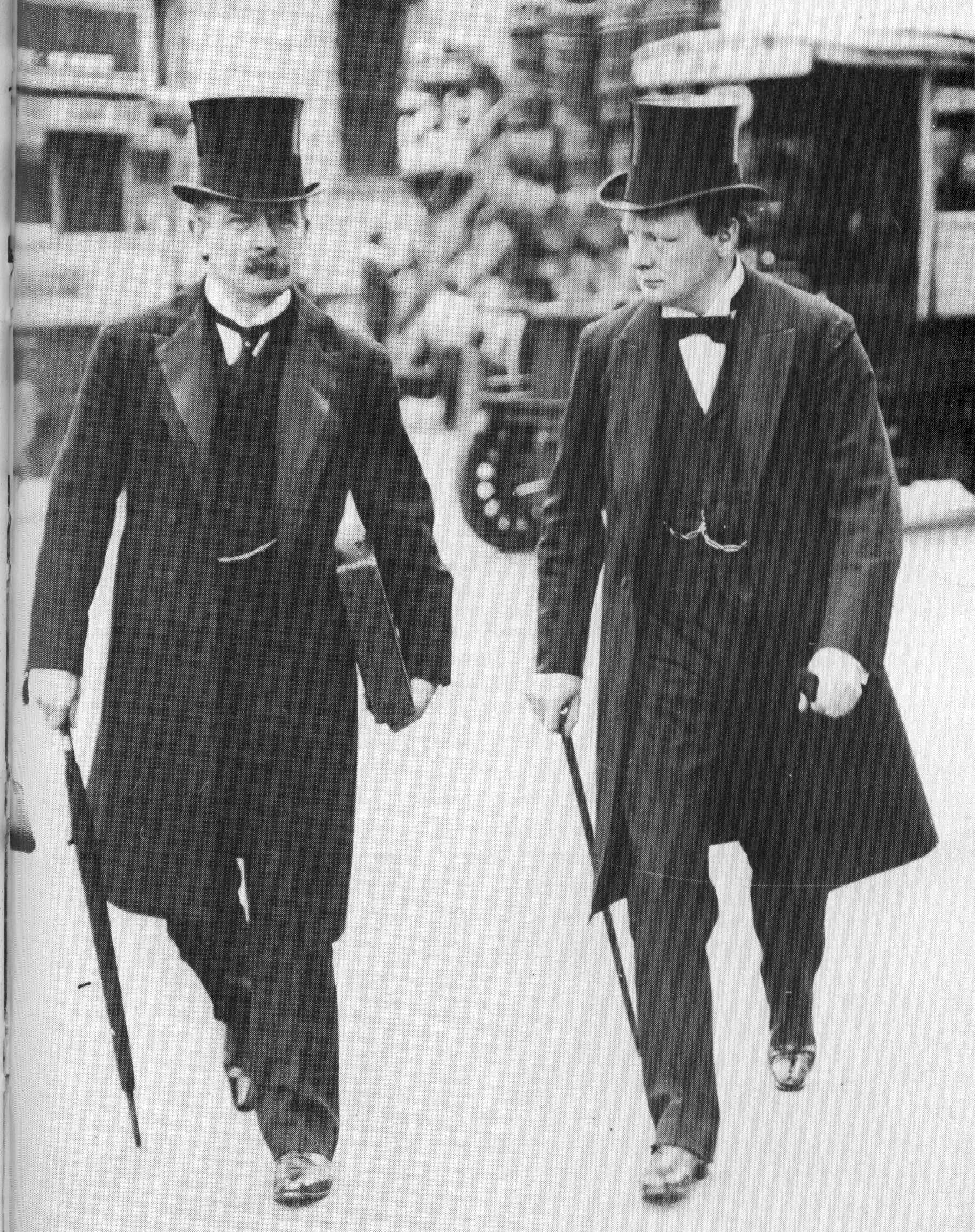 Winston Churchill, who had a passion for three-piece suits, wore a flannel pinstriped suit on “protocol” occasions during the Second World War. We saw lots of three-piece suits – from the most elegant to the most casual – on Leonardo di Caprio in “The Great Gatsby” – but also on many other actors in “Midnight in Paris”.

Similar to famous Victorian ones, these “Mr suites” were exclusively tailored, woolen or in lighter and softer textures – and extremely popular. Each piece was a lesson in style: the jacket was designed in order to exalt the body shape, wrap around shoulders and make the wearer’s physique leaner; it could be double-breasted, with three or four buttons. 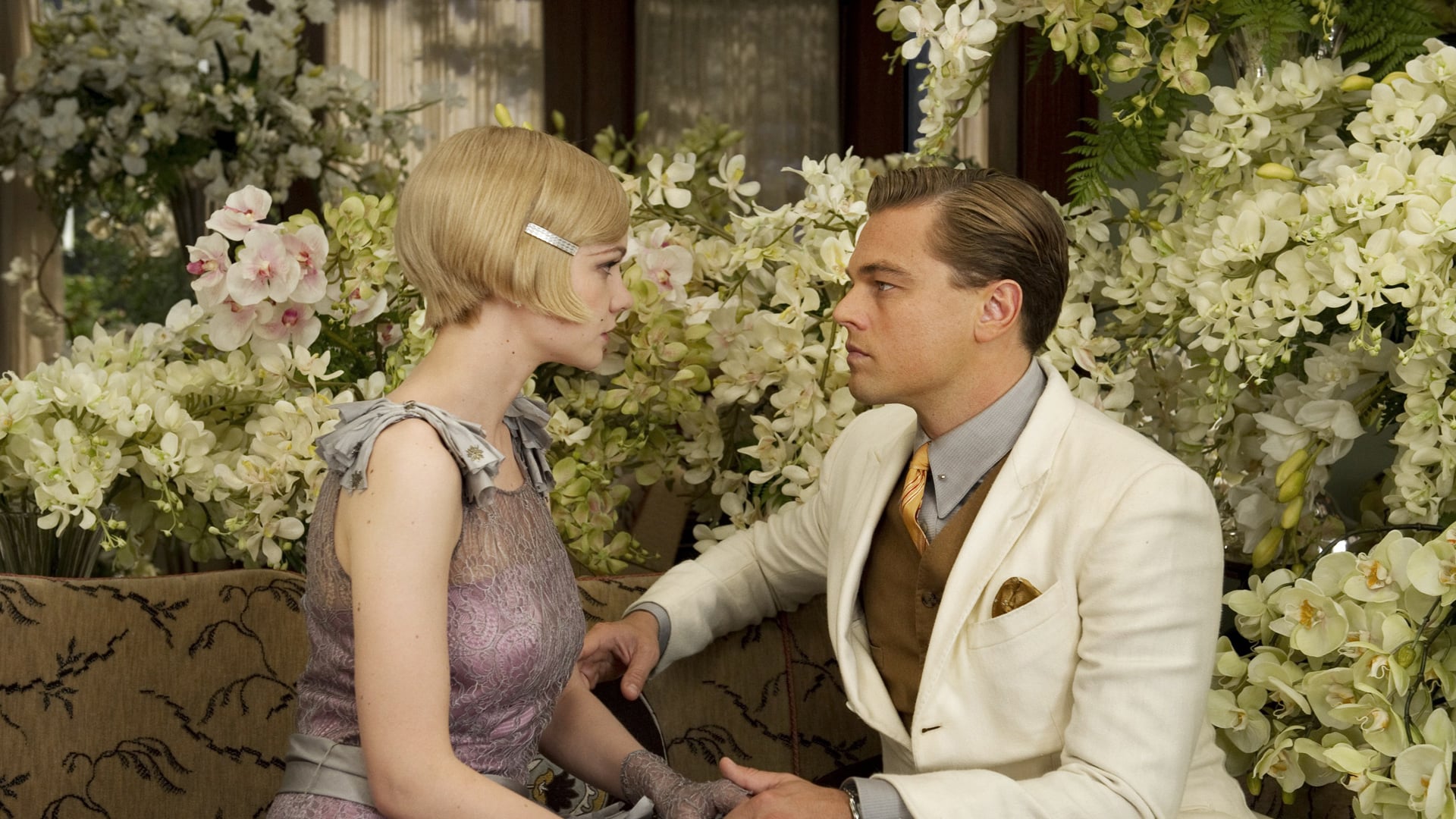 Descending, trousers (both large and tight) had a high waist crease – the real new touch – which then became mandatory for all elegant trousers. And finally, let’s talk about the third piece: a gilet (or vest), in a color lighter than the suit’s, which allowed for an alternative: a sleeveless “sweater” with a contrasting color, ideal for sports and free time.

The most casual version comprised of tweed trousers – maybe zuava – and other classic items golfers still wear today, with shirts and woolen gilets, possibly diamond-patterned. There is no lack of pinstripes, usually coupled with walking shoes with the top a different color from the bottom.

However, if we want identify a high society “uniform” of the time, the suit par excellence, the trademark that “smells” of richness and wealthiness, that breathes freedom after the Great War – that’s a tuxedo. 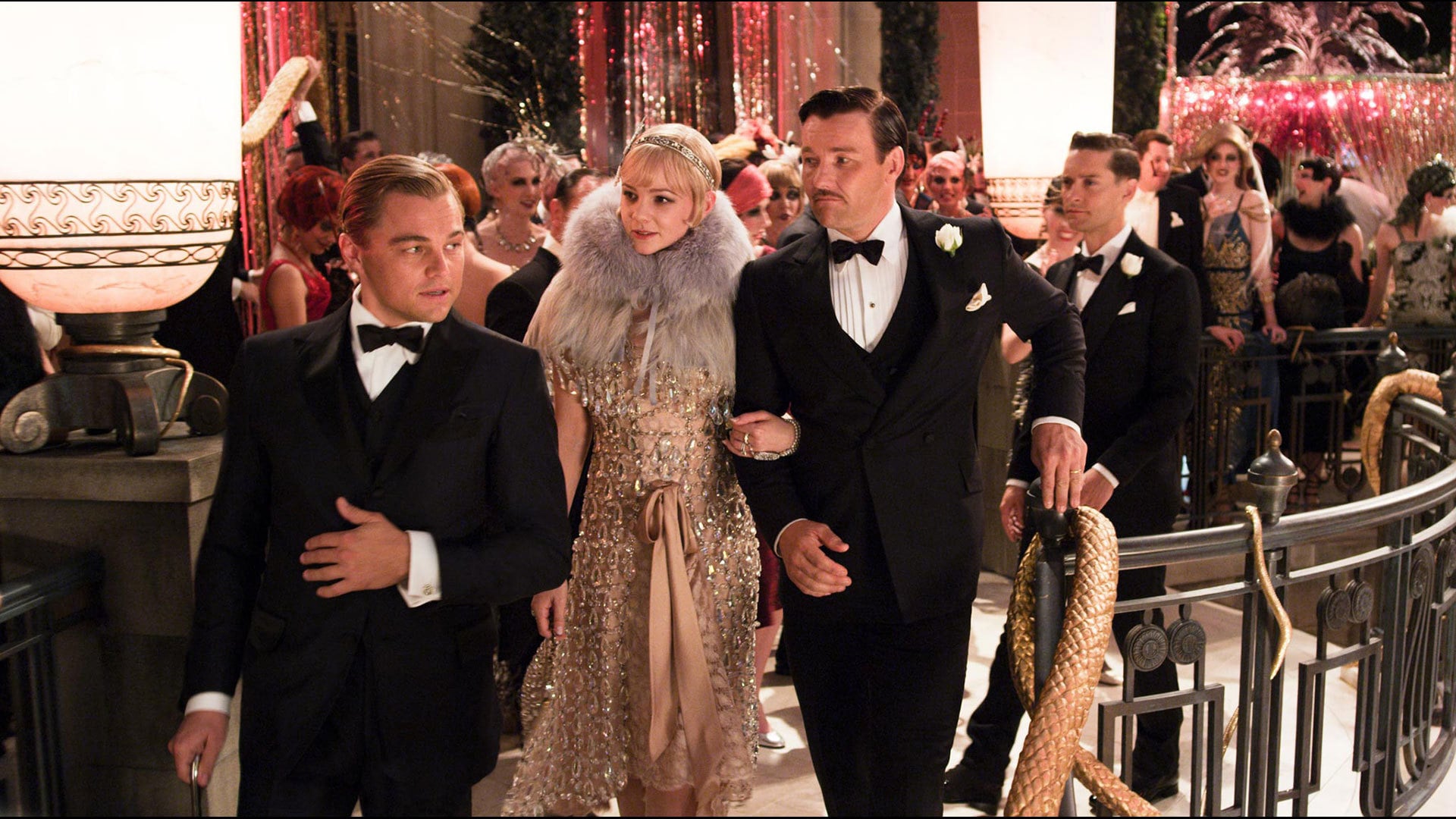 It knows its way among magnificent parties and expensive cars, it translates as luxury, as rebirth, as a status symbol. The jacket can be mono or double-breasted, usually in black, but also white, blue or burgundy or even striped vertically if trousers and gilet are patterned accordingly. The shirt is white, with jeweled buttons, while cuffs are simple with cufflinks. The collar is “diplomatic”, rigid and turned downwards, and black shoes complete the outfit.

Nothing to fear, nothing to hide. Accessories combined with a gentleman’s outfit also go to show this: gloves and handkerchiefs, usually of the same color, silk pochettes, a hat: in felt in the Winter with a lifted or a lowered brim, in straw in the Summer, like Borsalino or Panama, or the more sportive flat cap. Oxford bicolor lace-up shoes at your feet.

In Oscar Wilde’s words: “Dandyism is the assertion of the absolute modernity of Beauty”

You wake up, get out of bed, eat breakfast, shower (if you’re an early bird), get ready, pack your bag ― if you plan your clothes the night before we admire you so much ― and you get dressed and put your shoes on. In a fast-paced society, one based on ongoing tech innovation and […]