You can spot a “man” by two things: his shoes and the watch he wears. In Milan, there’s still a place where time stops, literally. Since 1995, the I Signori del Tempo shop has stayed busy repairing and renovating antique watches. It is a place immersed in the heart of the city, where you can experience the watchmaking atmosphere, listening to amazing stories of men who made history. We spoke with master Gabriele Vittozzi, who told us about how he’s carrying on watchcraft, with the help of his son Manuel.

It all began with the intention of opening a simple neighborhood shop: at the time, I was working as a jeweler, something I eventually lost my passion for. My intention was not to open a classic watch store, but more like a club for watch lovers. You know, an easy-going kind of place that you could stop in and talk shop, or browse watches. We’ve grown a lot in 22 years, becoming well-known in Milan and overseas. The atmosphere has stayed the same. 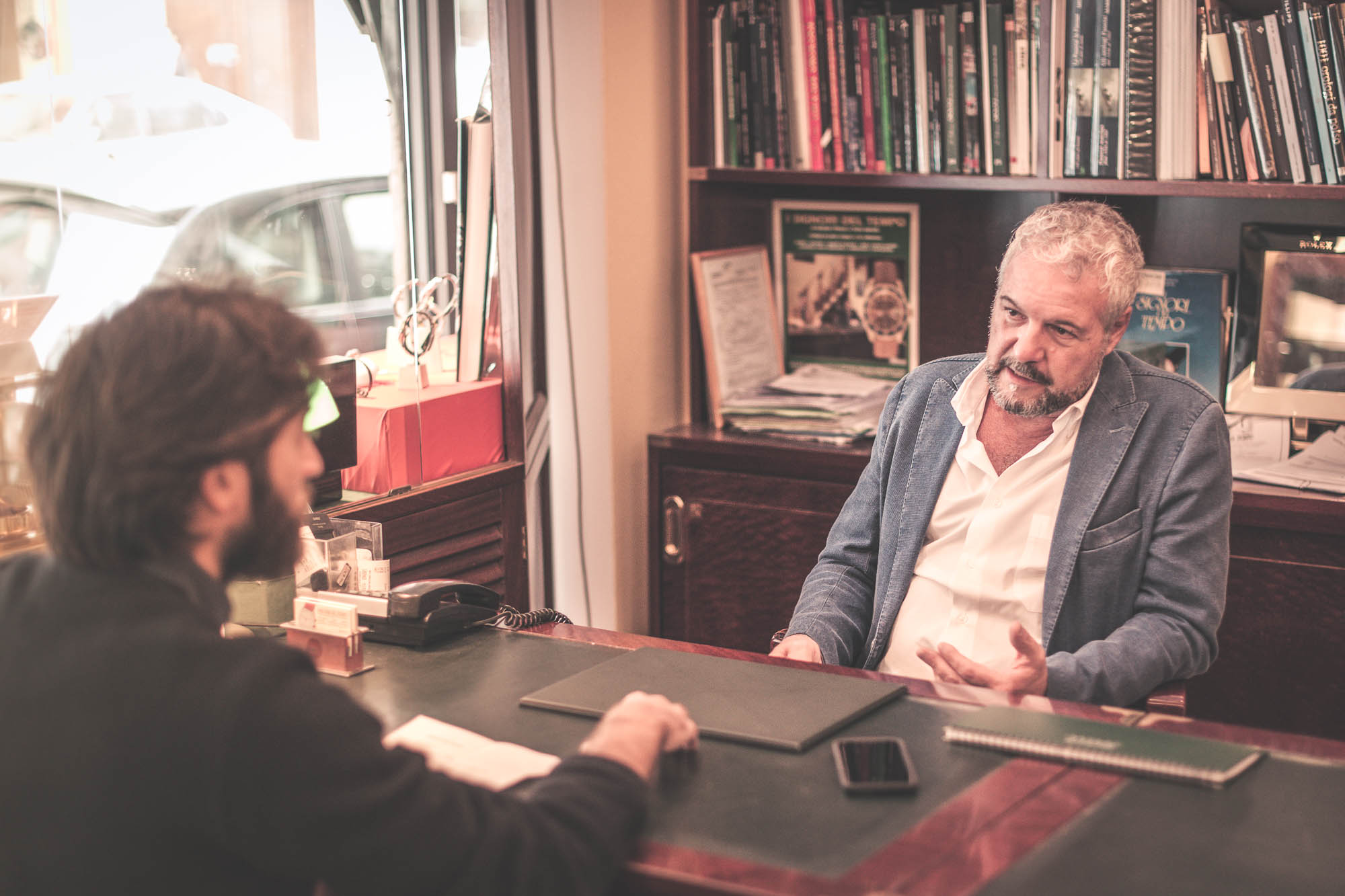 What’s a day in the life like as a repairman?

I get to the shop around 10 am. There are many tasks to do: reorganizing the display window, repairing watches ― we’ve got three work tables ― and commissioning watches to work on to our contributors. I mainly focus on renovating antique watches, but also spend a lot of time talking to our customers each day.

How long does it take to repair a watch?

It depends on the watch and the type of repair. Generally, the basic process for an easy watch ― an automatic one ― that doesn’t work is that it has to be disassembled in order to understand what’s wrong with it. After repairing it, you clean it and oil it while putting the pieces back together. This job usually takes about 6 hours.

You have to understand that a watch, even though it looks so small, is a machine able to work 24/7 for decades. It’s tiny and fragile, but perfect.

What is the rarest watch that I can find in here?

There have been many antique, prestigious, and beautiful watches that have passed through here: we can easily consider many of them as unique pieces. Every single watch has its own beauty and complexity; not to mention its variations: hands, clock faces, mechanics, and so forth.

If I had to choose one brand, I’d definitely go for a Rolex. It’s the brand we work the most with. We’ve researched and learned so much about it over the years. And, thanks to the sporty models ― watches from the 1950s and ‘60s ― Rolex has reached high levels of beauty and charm.

What type of watch are you wearing today?

I’m wearing a vintage gold manual Deltona, a watch with not much history. There are a few watches that I really love even though they aren’t particularly expensive. 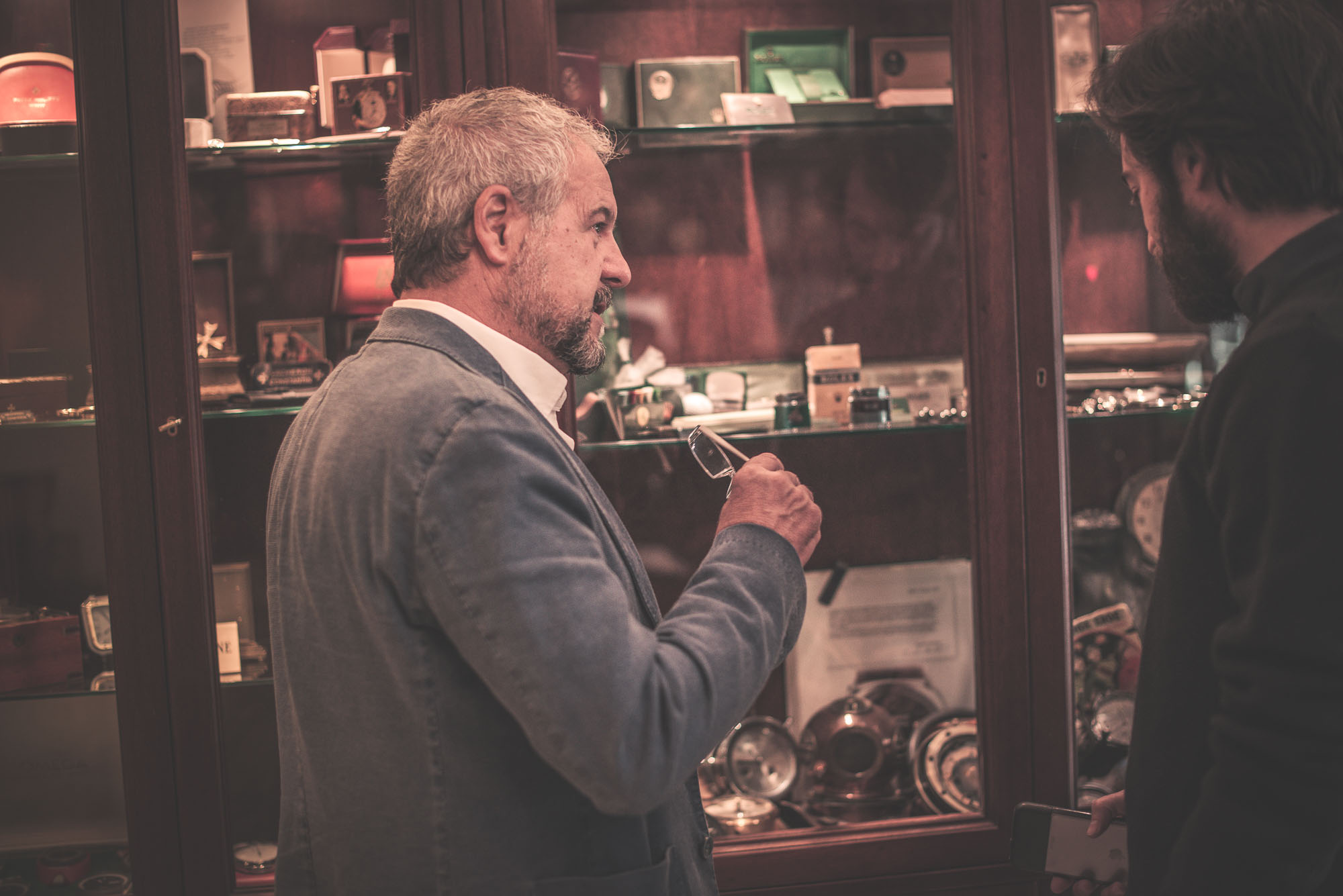 Tell us some quirky stories behind these watches.

The Panerai model you see in this book, for instance ― we don’t have it anymore in our shop ― was first the property of The Seven Men of Orsa Maggiore. It was worn on one of the Seven’s wrists’ during the war.

The Seven were much like 007: one time, its owner told us a story of reaching his fellow comrades on the beach only wearing a wetsuit, after sinking some British ships. Then, he put on a tuxedo and went towards a limo waiting for them hiding in the bush. Dressed up and also in the company of prostitutes, they went through the police checkpoint with no issue.

After that, I would also say Marcello Mastroianni’s watch. It wasn’t a particularly memorable watch, but it was definitely had the honor of being worn on a master of style’s wrist.

Finally, there’s the story of Gino “Ginobi” Balbi, “the professor” ― an engineer with the never-ending knowledge that has been collaborating with us for many years. He is infamous for outing NASA. On their website, there was a whole section dedicated to watches that have been in space. Gino looked at them very carefully and sent them an email regarding the Omega Speedmaster model writing ‘this watch has never been on the Moon.’ He was right, and Nasa thanked him. 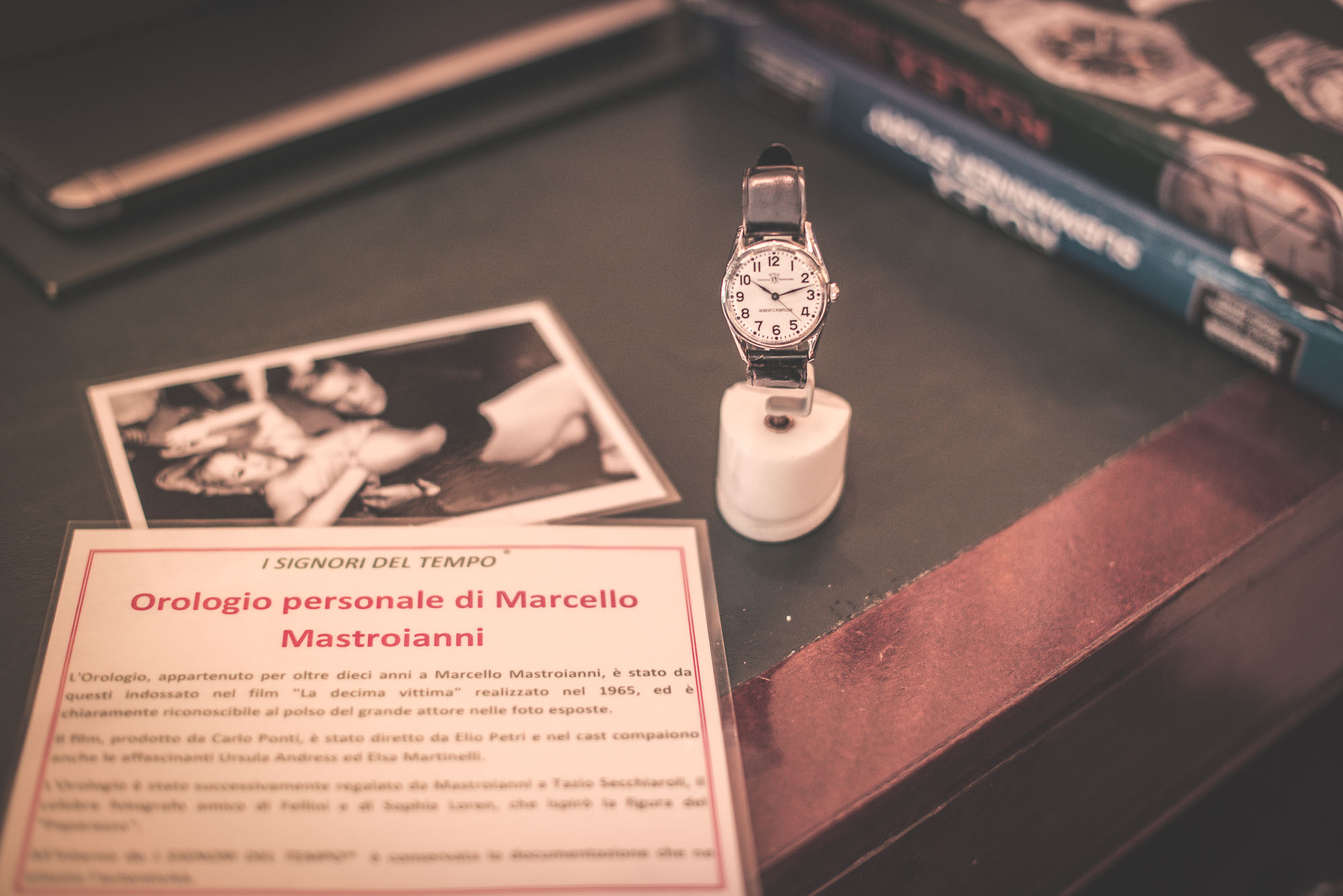 And the strangest watch?

We have loads of surveillance watches: they look real but they’re microphones. You can’t move their hands. Inside one of these, there’s still a recording, but we’ve never listened to it. I wonder what’s on it.

Where do you see the future of this craft heading?

I hope to leave this job to my son. The idea is to keep helping him until I’ll be able to leave ― it won’t be easy to quit this world.

Personally, my dream is to see the tradition of this place continuing, finding it loud and always full of people; a place to pass by for a coffee or a cigarette. The chaos sometimes gets on my nerves, but it is the foundation of the mood here: a cultural gathering for friends. 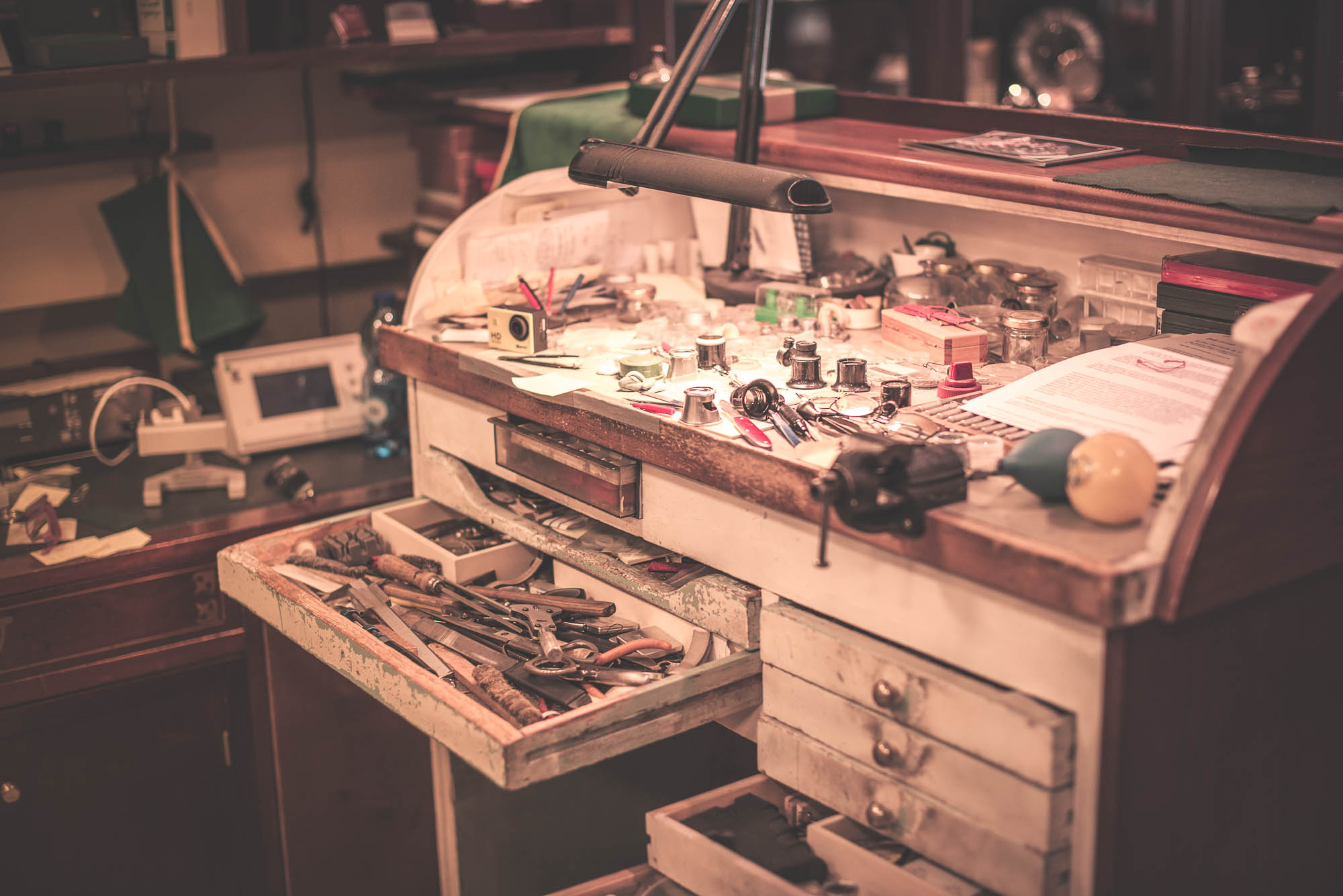