His collection is the most complete collection in the world, a fact validated by getting his name in the 2002 Guinness Book of World Records. Even if times are changing, “it’s gasoline that’s moved cars for the last 160 years,” tell us Guido Fisogni, the owner of Fisogni Museum, the ultimate gas station collection.

We went to meet him at a table originally used to incorporate display window toys with official gas stations’ brands on them. What for? They were placed there to distract the guests from the never-ending discussions that always happen.

Hi Guido, what’s the story behind this museum?

After finishing my military service in 1961, I founded a company to build gas stations in Europe. At that time, the others used to throw everything away. I, on the other hand, started collecting one piece at a time, carrying them on my truck. The oldest ones were in terrible condition, but we restored them using their original colors. 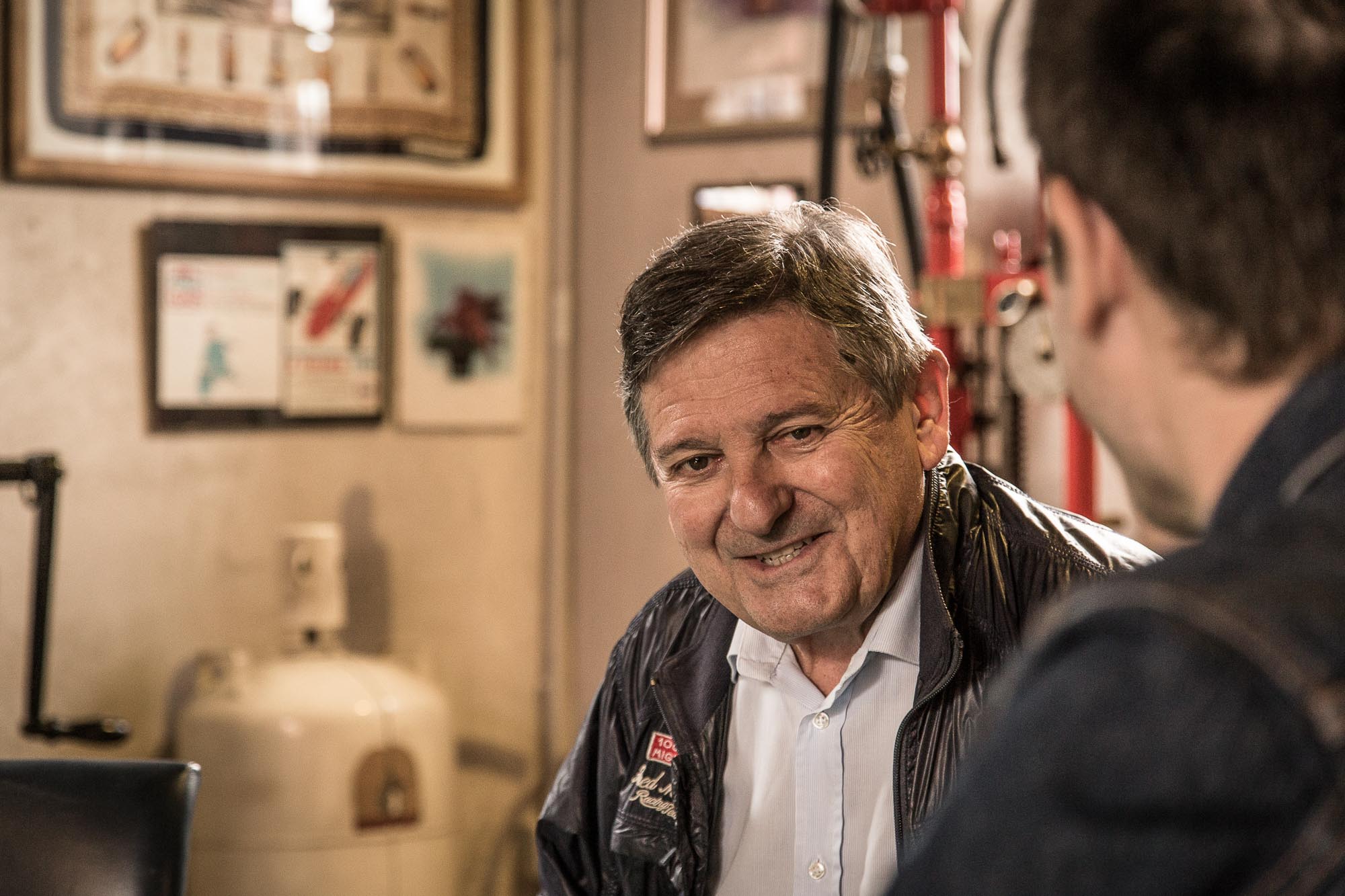 What items can we spot here?

There are five thousand objects among gas pumps, signs, plates, and gadgets. Plus, we’ve got a paper archive collecting some original drawings from the early 1900s, that I used to restore everything you see in here. Mostly, they come from Italy, France, the UK, and Czechoslovakia. At that time, gasoline was also sold on the streets.

What’s your most precious article on display?

Historically, I’d say Benito Mussolini’s pump. I collected it in Trieste ― it was so ruined. It was designed by the Fascist architect Marcello Piacentini and placed at an embassy. Its style is lictorian, an icon from those years: if you look at it from the side, you’ll notice the shape of the Fascist salute (the right arm is up front).

One of the most peculiar features is the engraving: “Benzina Pura” (Pure Gasoline) to distinguish it from the mixed gas. At the time, people were also using gas with beet alcohol, because it was cheaper. In 1926, one liter was about 1.20 lira (former Italian currency). 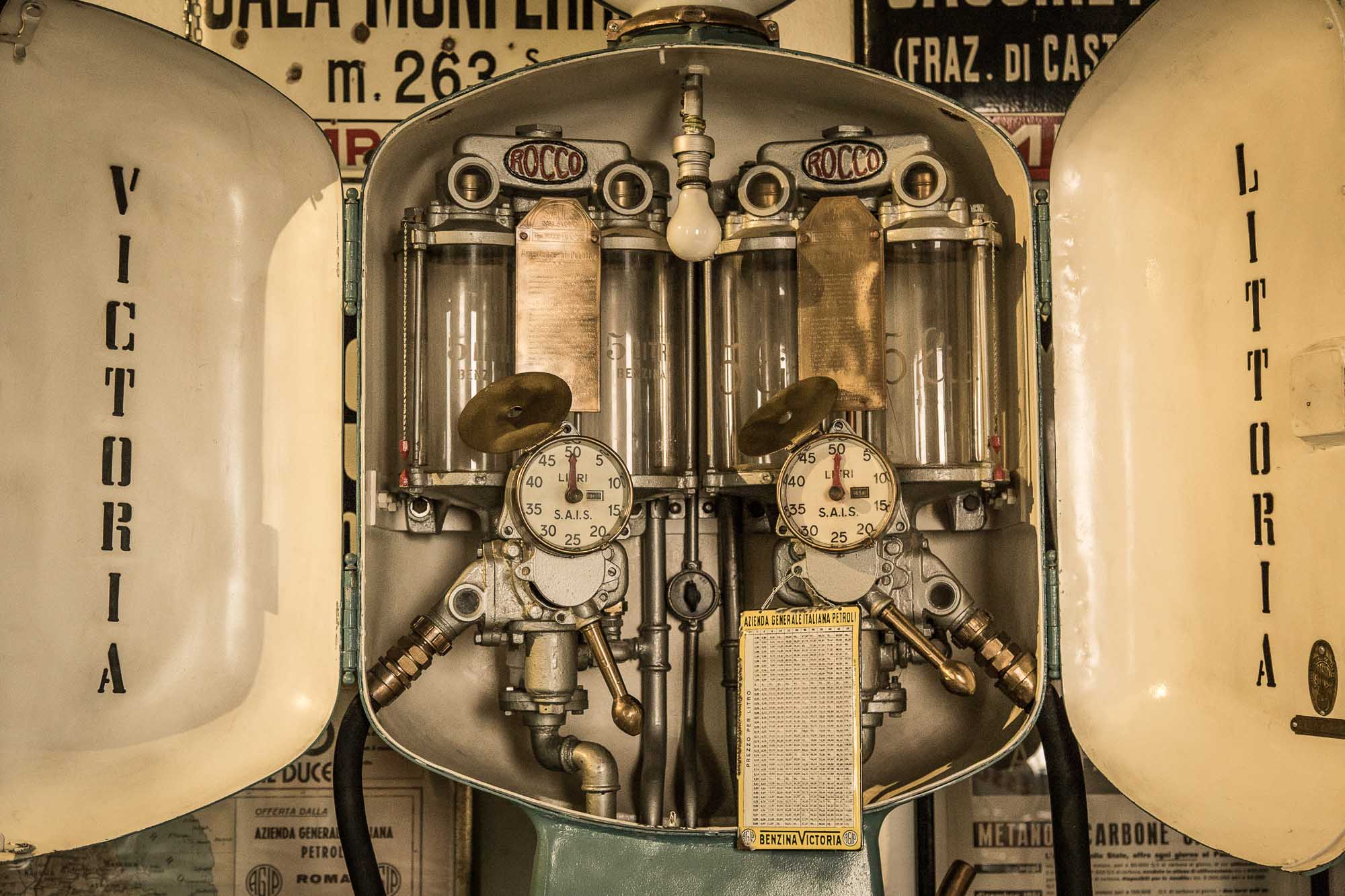 Who’s the man behind restoring all these pieces?

For about forty years, I had a specialized employee in charge of that. He took care of all the ruined gas pumps I brought home. See, they’re all hand-painted.

Please tell me a little bit about the space we’re in.

Four years ago, this museum was in Palazzolo, in an area of about one thousand meters. Today, it’s based at my mother-in-law’s farmstead, abandoned thirty years ago. I wonder why I was the only person collecting them since there were many companies like mine.

Are there any pieces in high demand?

I rented some for movies, but only a few ― like the Fausto Coppi one ― and commercials. Do you remember the one with Naomi Campbell?

It’s from 1892 and I found it in Berza, Switzerland, in an abandoned factory. In those years, they used to have a 20-liter container. 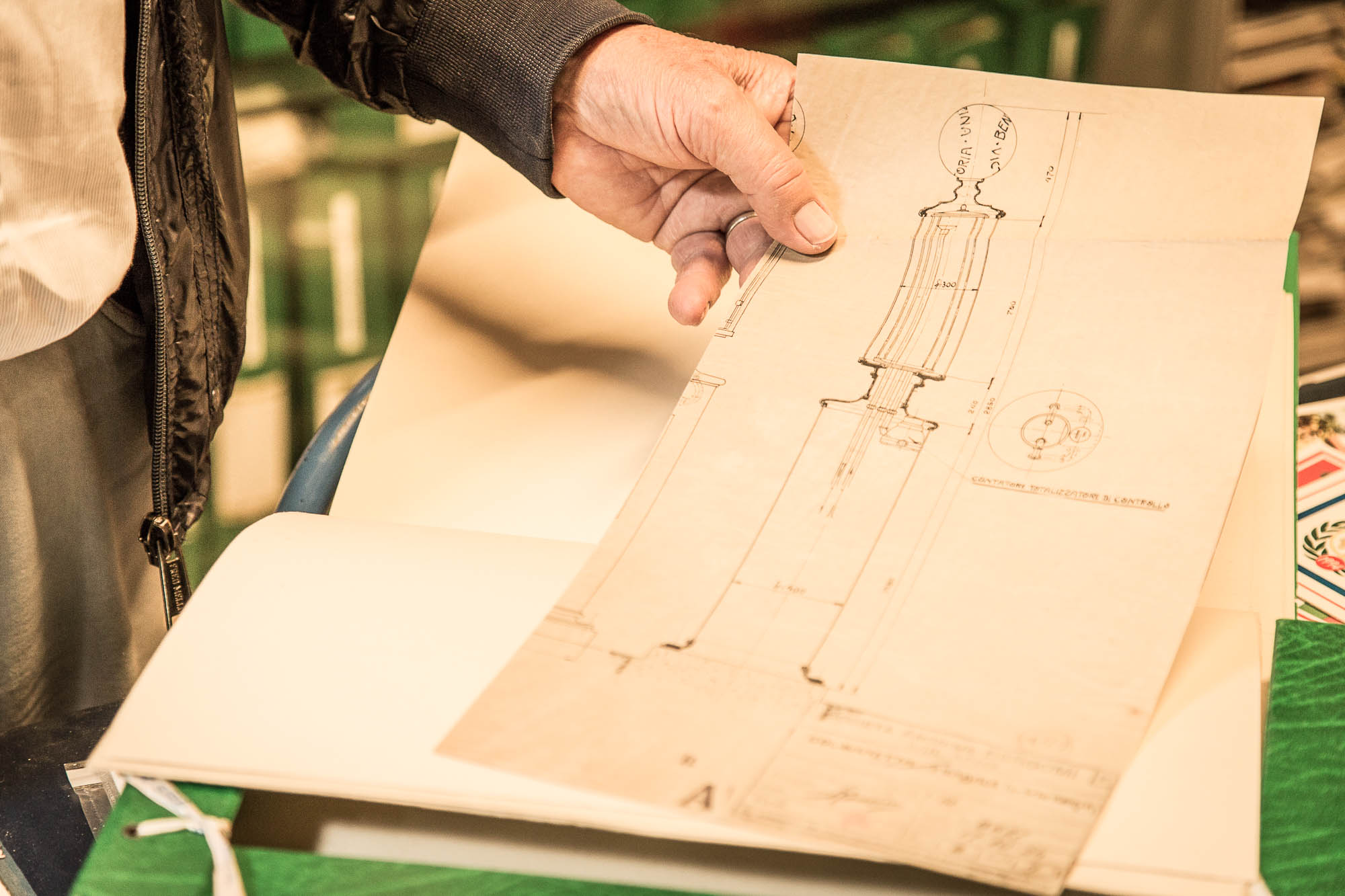 Talking technical stuff: how did gas stations change over time?

First, they were all manual, they indicated 5 liters, and the pump was pretty much like a water well. In 1935, then, they invented the electric ones, and, in the 1980s, the electronic ones. Today, gas stations can also sign half a liter.

I see there’s a unique piece out there. What is it?

It’s a car wash. At that time, they hadn’t even invented a proper scrubbing brush, so it works with fans moving because of water pressure. Imagine; the owner had to clean the whole machine by hand. An important thing to consider is its shape: from there you can notice how small and low old cars were. To be very clear: no SUV will ever pass through it. 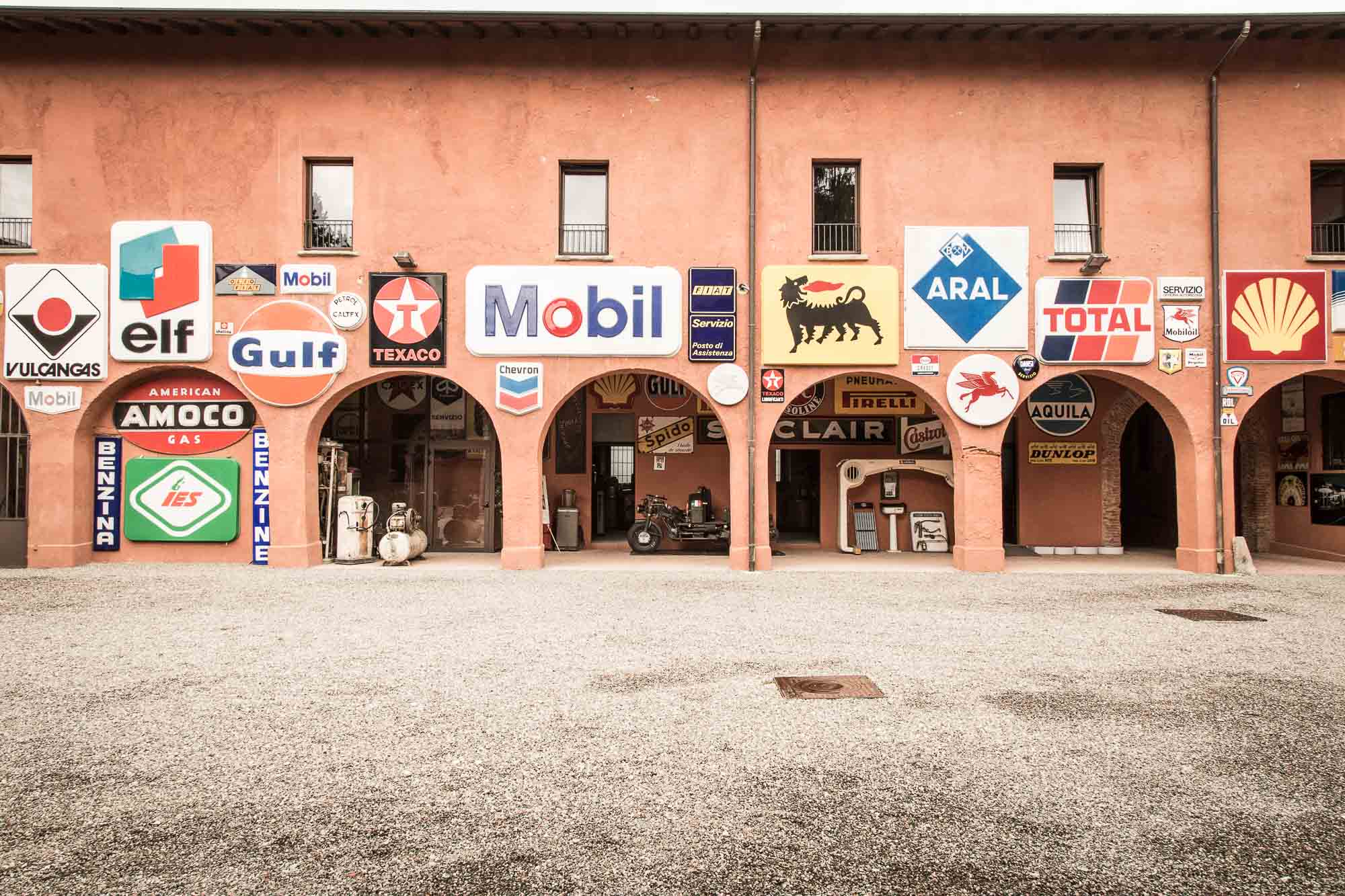 I’d love if we leave this conversation with a treat.

Crazy enough, the very first Italian petrol pump attendants were pharmacists: they sold oil as a cure to head lices. So, gasoline was legal to be sold. If you were walking around you would see signs from the street with “Benzina” (Gasoline) written on them. In the 1800s, there were only about fifty cars around.

All these interview photos are taken by Eleonora Pontiggia

Summer. Sun. Songs: singing on the beach or dancing at the bar, the Italian musical tradition is full of old Summer hits still famous today. Being Italian also means being fond of art and music, so let’s jump back to the past, remembering the unique moment of a never-ending Summer. The 60s and 70s were […]