What’s life like for a man who customizes motorbikes for a living? What’s it like for two of them? Today, I interviewed San Marco and Phonz, the Anvil Motociclette co-founders. Understanding where passions come from is always a fascinating journey, especially if it begins in childhood, but The path is not as smooth as you might think. While chatting to these guys, I felt like I’d been thrown into a movie from the 1970s. 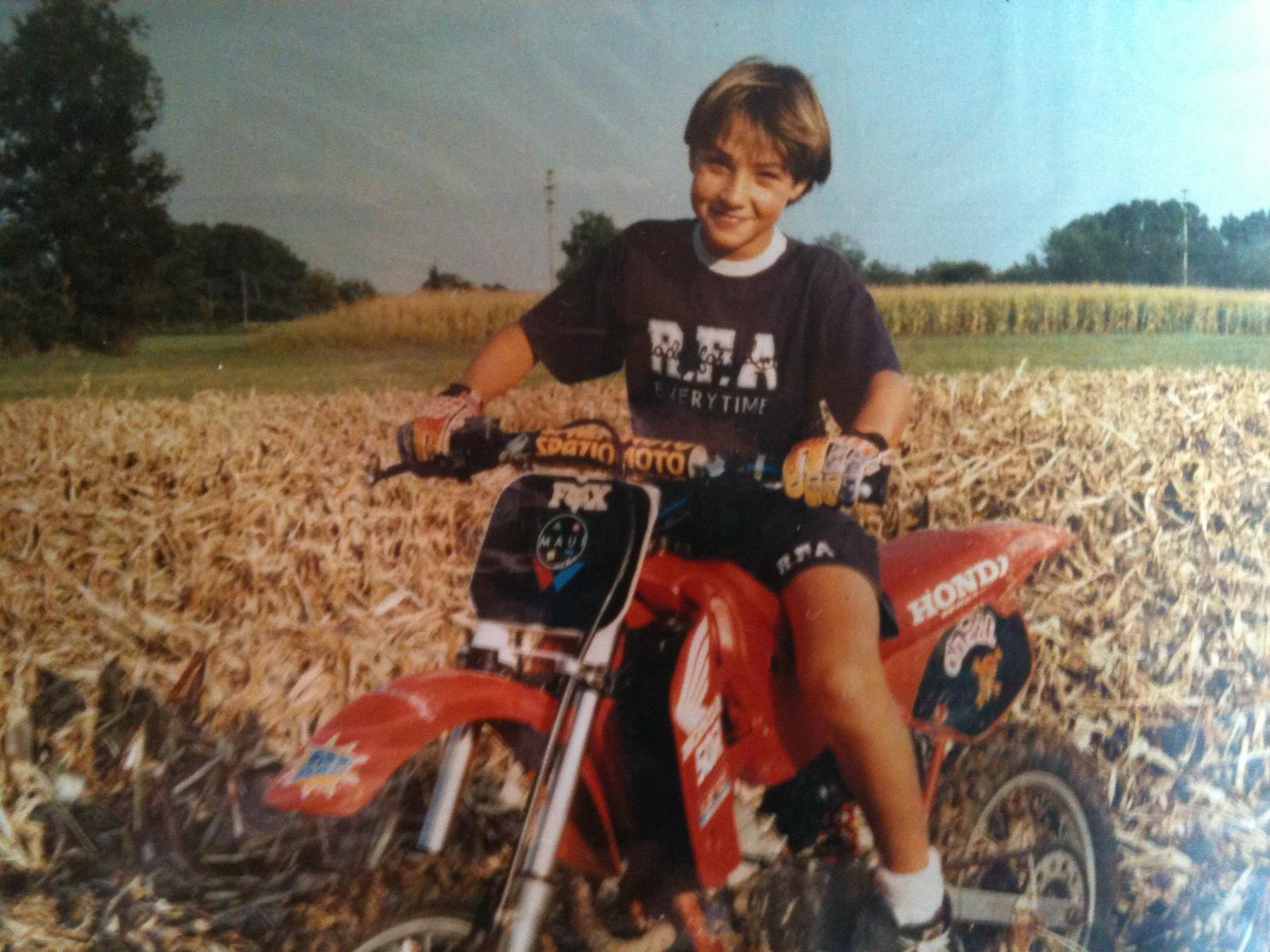 What happened when you first met?

San Marco: The very first time we met, it was 1998, our first year of elementary school at Istituto d’Arte Paolo Toschi in Parma; just as the tattoos on our chests say. I, having grown up in a very small town named Castel San Giovanni, had to board at the school in order to attend. Phonz was already from Parma.

During the first couple of years, we didn’t hang out together much. Everything started during our third year. At the time, I was the only one actually riding bikes. I had to practice motocross since childhood. My older friends used to drive my dad’s truck so we could take our bikes around at weekends. 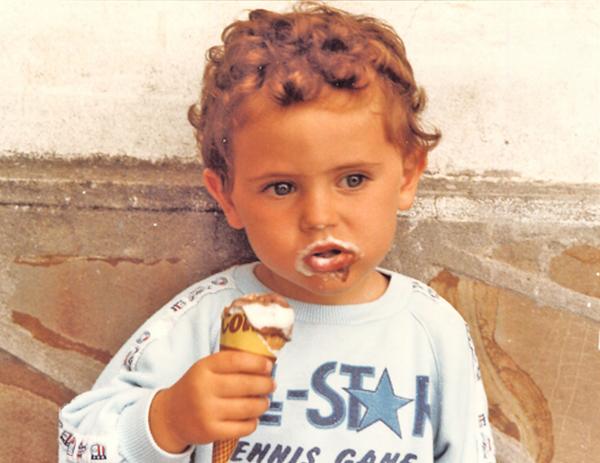 Phonz: I became interested in motorbikes when I was five because my dad used to ride motocross in the 1970s. At my parents’ house, we only had old photographs to prove it though. The motorbikes were sold.

One Saturday afternoon, my dad came home with a mini-motorbike. I was so little that my grandmother had to help me drive every time I used it, while I tried not to fall down.

At high-school, I moved on to scooters ― a Yamaha Aerox ― because it was much more comfortable. Once I passed my driving license test, I got back to motorcycles. Time passed and, after playing baseball for fourteen years, I fell in love with a particular bike: my first love, a 1970s Ducati Scrambler 350. From that point on, I collected vintage motorbikes. 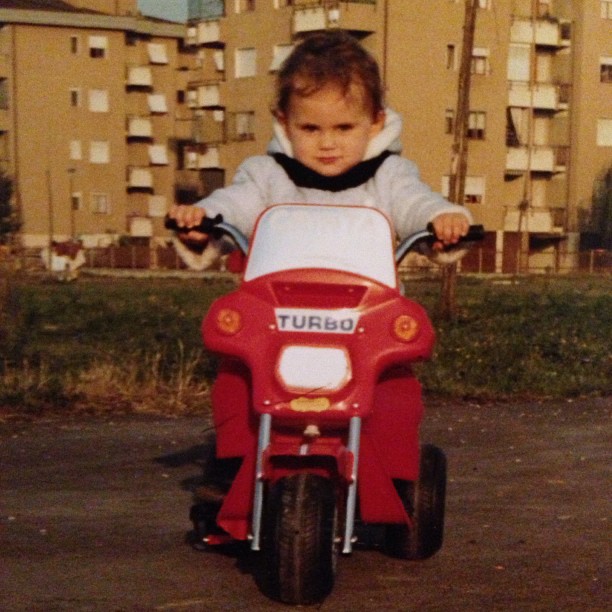 Names are always good for grabbing our attention: why ‘Anvil’?

San Marco: It refers to the tattoos we have on our chests, made to seal our friendship. These tattoos came many years before our brand.

Phonz: Let’s go back for a second. After the years in Milano, we got into motorbikes separately. At some point, we both got into collecting them, as a passion. 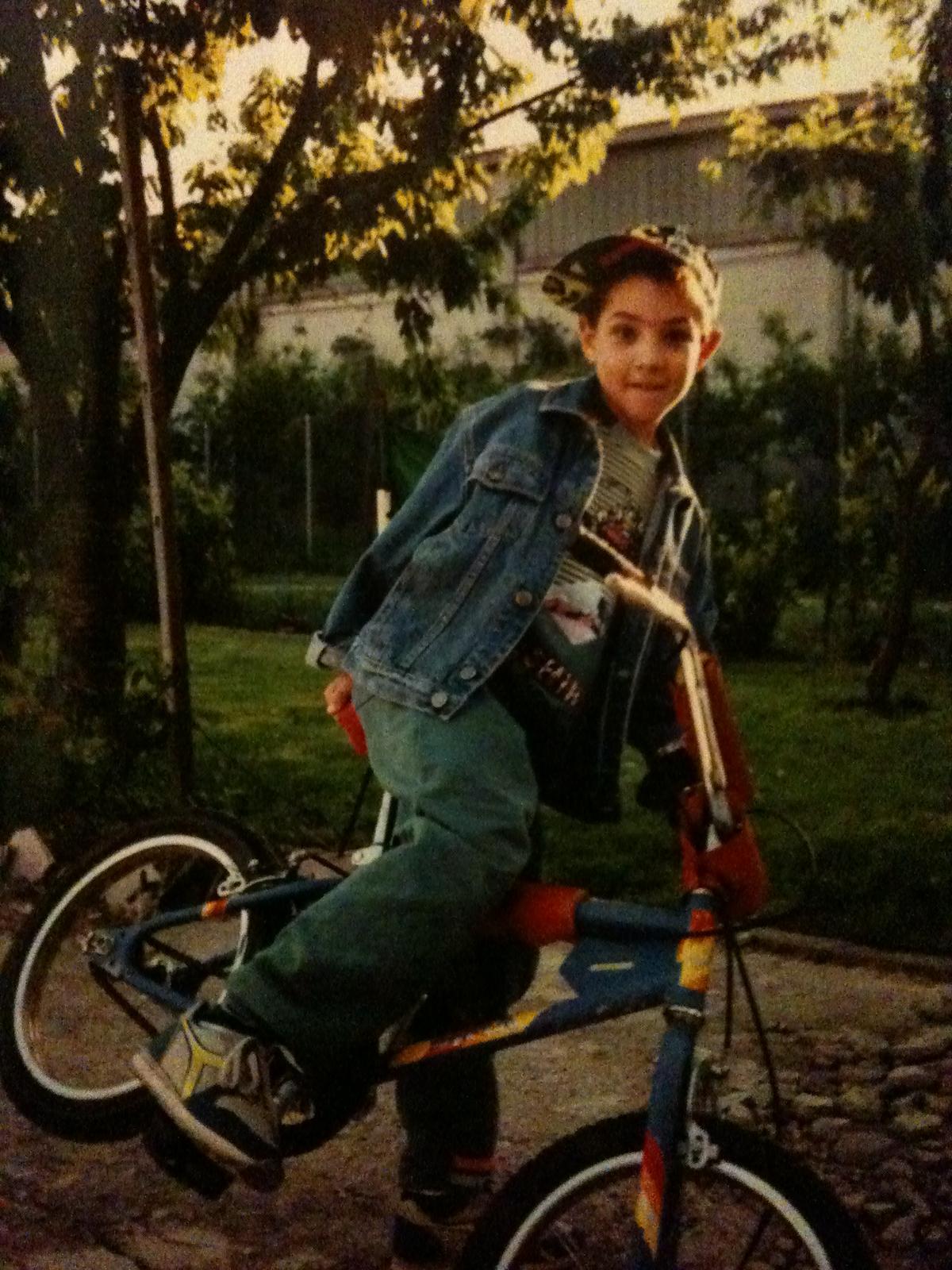 But as to why we started this project? One day, we were killing time with one of Marco’s bikes when we looked into each others’ eyes and said: ‘why not start customizing bikes to be how we like?’ The first two were our own.

Well, to be honest with you, we’ve always been into customized stuff: Marco’s personalized toy cars since he was a child. From there, he moved to real cars and I even customized some clothes when I was in high-school.

We felt the need to give value to what we’ve done by creating a concept from the world around our brand. Each brand has so many clouds moving around and this shows their lifestyle and the way they communicate it. And so: what was that thing representing us best as a whole? Our shared tattoo. 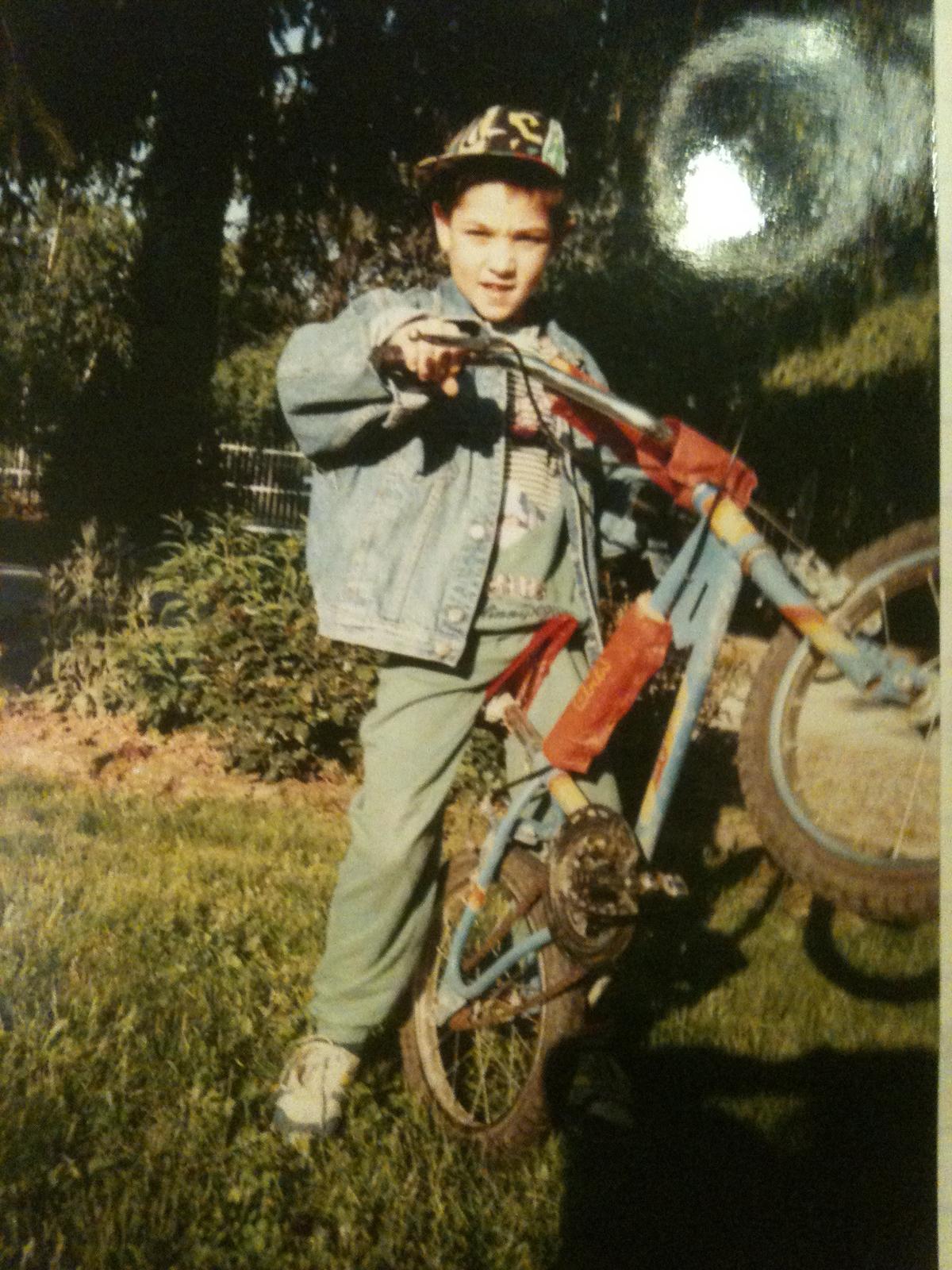 San Marco: I pretty much listen to a bit of everything. To name one band, Dire Straits are definitely our soundtrack.

Phonz: Years back I was more into 1980s rock. Getting older, I listen to country music: you know the type; moustache, horse, and old cars.

What about favorite movies?

San Marco: I’m a more direct guy than him, so I’ll tell you: mine’s They Call Me Renegade.

Phonz: I’m the kind of guy who cries at movies. Let’s start with Field of Dreams (speaking of baseball), Fried Green Tomatoes (I’m so sentimental), and A League of Their Own (starring Madonna). They remind me of my childhood.

Then, all the movies starring Bud Spencer and Terence Hill, like Marco; and I loved 1970s TV shows, the ones of the generation that came before us. I like to imagine living at that time, picturing myself in the South of the United States. 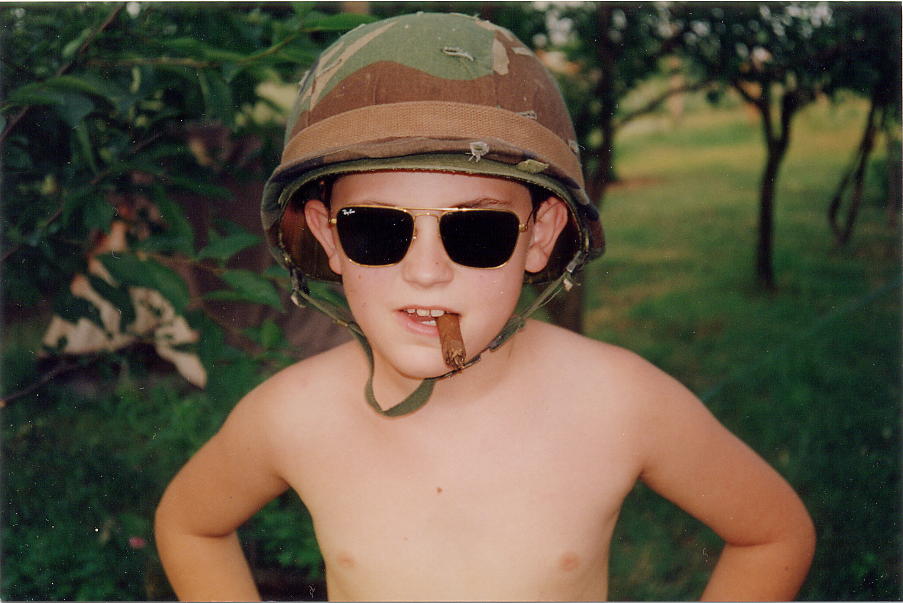 Let me into your world, tell me something about the places you grew up.

San Marco: I remember the first toy bike my grandfather gave me as a present: an all-red mini electric Vespa. I must have been only three or four years old. To make a long story short, I fell and broke it after it crashed down ten stairs.

Phonz: I’ve always watched a lot of television, and many of my memories are connected to movies; as if I actually lived inside the screen. My grandparents used to have a house in the mountains and I remember myself as living in Stand By Me. I was ten years old, and I was going around by bike into the forest. Just like in the movies. 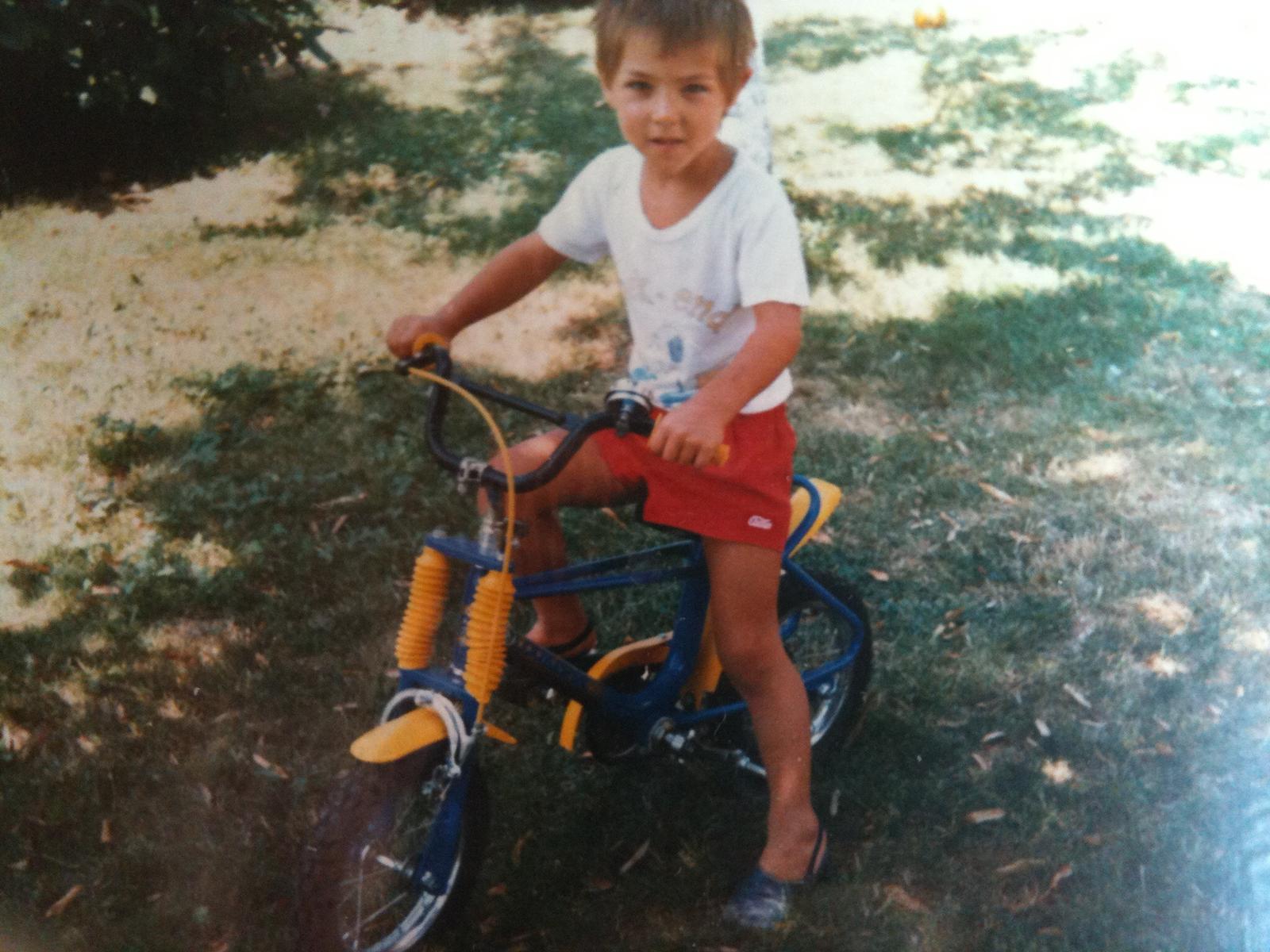 Do you ever travel on your motorbikes?

San Marco: We’ve made a few trips in the past. Right after founding Anvil we drove with bikes made by our own hands ― a fantastic journey with bikes from the end of the 1970s/1980s ― towards San Sebastián (Spain). We won’t say too much, but I’ll tell you one thing; we left a tank on the highway. 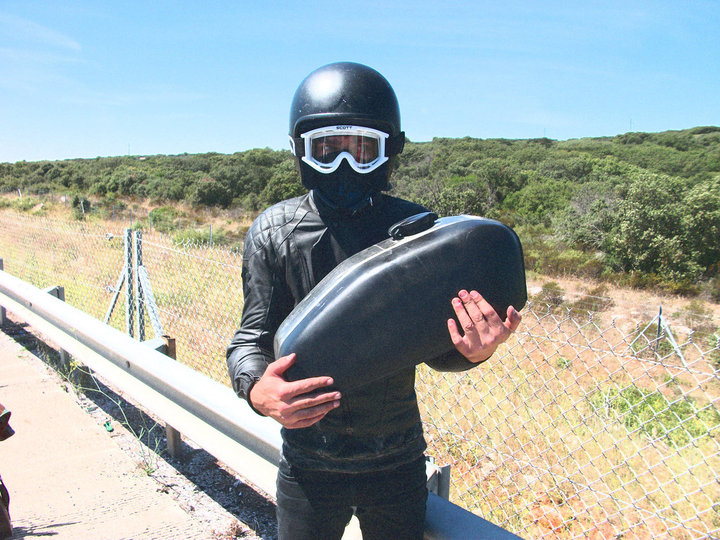 Phonz: Marco, without saying anything, left with a bike that had a flat tank. He somehow fixed it with a red paste from the engine on the highway. How could you fix a tank from the 1970s that you’ve actually customized? Like another scene from a movie, don’t you think?

Well, one of those nights, Marco’s bike broke down on the highway. A friend of ours and myself placed our bikes behind his, down a hill, to make some light. One truck passes, then another one, and finally a third one. Our three bikes fell down: and everything went dark. 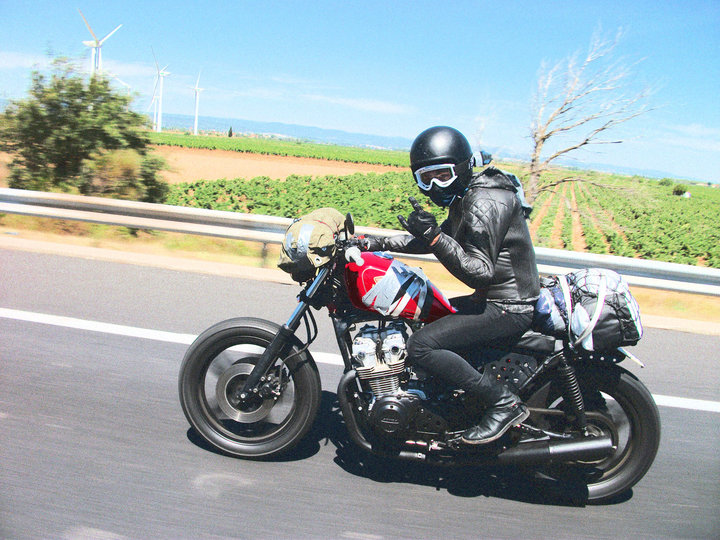 San Marco: Generally speaking, when you plan such a long trip, you need to consider a lot of stuff: like where to place your luggage. A year ago, I had to manage a fishing rod I bought on the trip; even though I never fished.

Sampei, you know? It was a stick I placed on my motorbike handlebars. You couldn’t even pass between two cars on the highway, it was too long.

Phonz: Marco used to print the map, write our trip on it, and attach it to the tank using some tape. Indeed, there was no Google Maps for us. 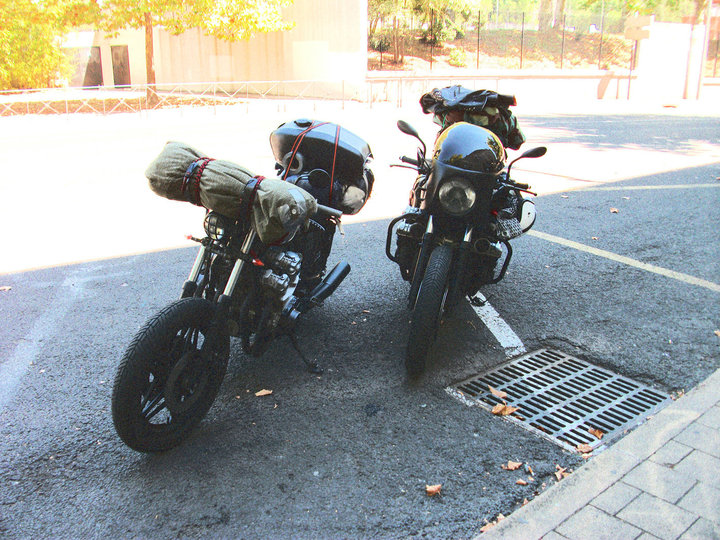 If not this, what other jobs would you like to be doing?

San Marco and Phonz: This is a time when we’re making up our mind about other stuff to work on within the Anvil project. We’d like to have our own physical space where the people could understand this whole world. What if we include everything we like inside one big container with a lot of nature inside? 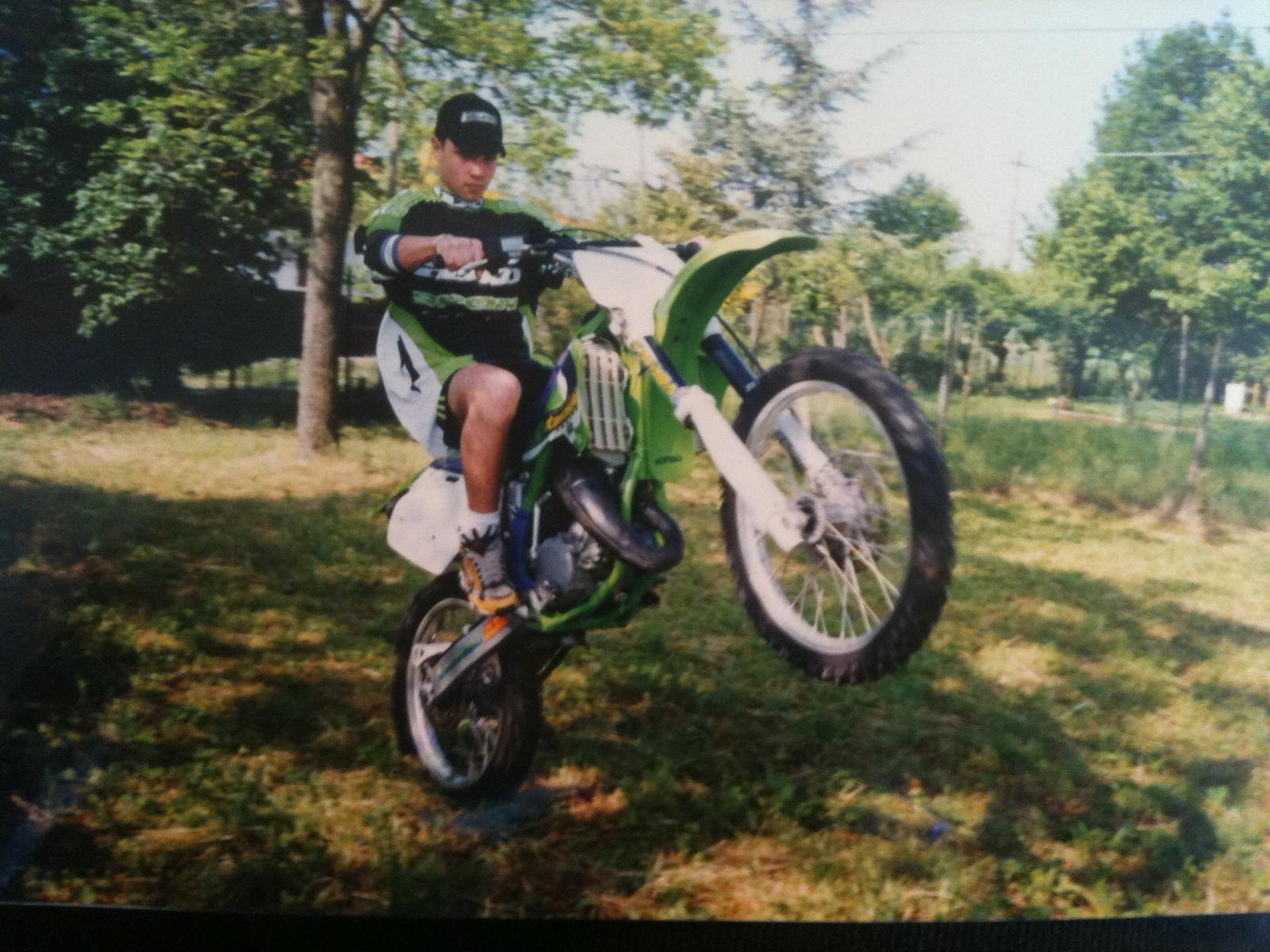 All these photographs are property of the Anvil archive