Low forehead, a big nose and a grid of teeth. Dark eyes on fire usually shielded by sunglass lenses. A slouching, almost “dragged” walk, and grimace after grimace every time his voice stretched between his cheeks. Adriano Celentano is a global character, an Italian brand fascinating both on stage and at the cinema, as well as on TV. A man and an artist able to amaze everyone, except himself.

Adriano was born on 6 January 1938. His parents, both from Foggia (Puglia), moved to Milan after spending some time in Piedmont. He grows up, grabs his primary school certificate and starts working as a watchmaker, but he always had a spark of music in him since he was a child.

He also fiddles with the guitar and his flash of inspiration hits him in a cinema. We are in February 1957 and Blackboard Jungle by Richard Brooks is scheduled in Italian cinemas. 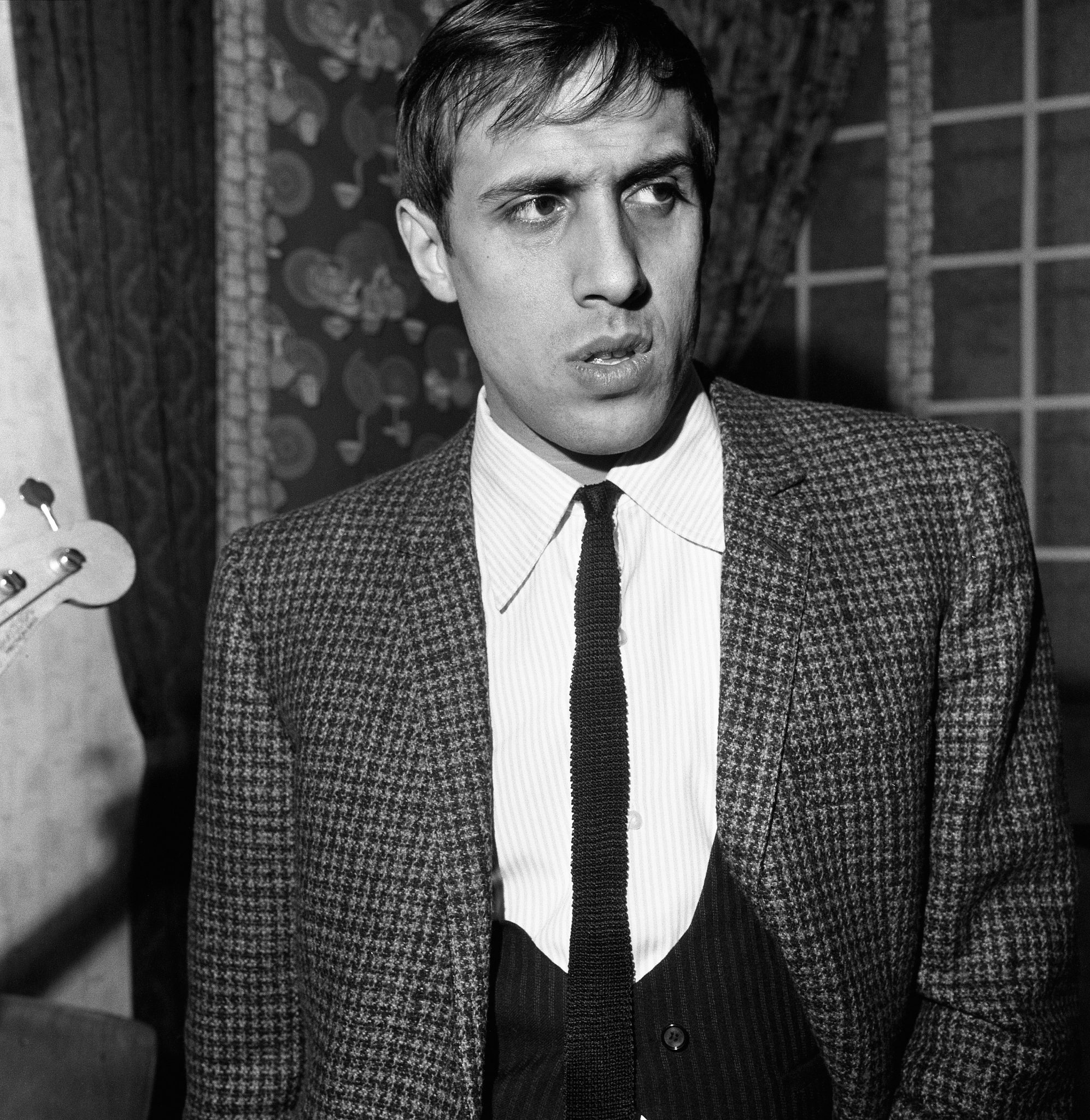 But it’s the music, not the images, which captures young Celentano’s imagination. For the first time, in fact, rock’n’roll notes echo in a movie. Their sound is enough for “the boy from via Gluck”; as far as words, you may always invent them. He puts together a little band and starts performing in clubs in Milan.

Along with his voice, which mangles the words by producing an English that he cannot speak (which does not in fact exist), his stage presence keeps growing. He draws inspiration from Elvis Presley, moves by mimicking Jerry Lewis and shows off his dance skills. The legend of “Il Molleggiato” (“the flexible one”) was born.

“Blue
the afternoon is too blue
and too long for me
I remember
not having enough resources anymore
without you,
and so
I’m about to take the train
and I’m coming to you
but the train of desires
in my mind goes the opposite way.”

Sanremo, his duets with Mina and Claudia Mori show only one part of Celentano’s talent. A talent cameras, which captured him quite soon, picked up on. In just over 30 years, Adriano’s filmography comprises over 40 titles, several of these built around his character.

Four of them are directed by himself. Gascon, exaggerated and skilful ladies’ man, he builds up a mask that is half Harlequin, half James Bond. And Italians go crazy.

In ‘Il bisbetico’ domato he flirts with amazing Ornella Muti and collects a series of iconic gags. His face, almost caricatural, has a great charm and is accompanied by a look that sets him apart from any other character. 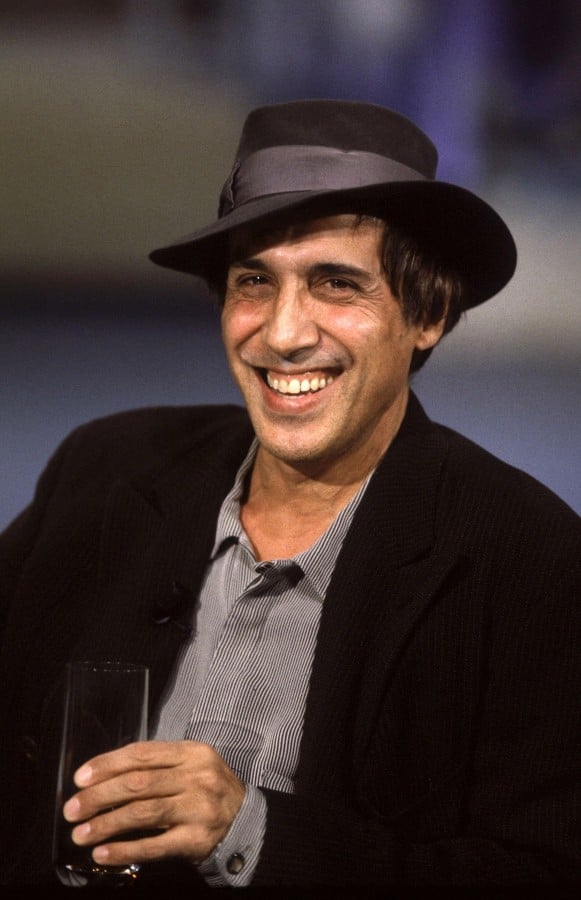 A blue cap or a wide-brimmed hat, large shirts or underwear t-shirts in cotton and colored wool, high-waisted trousers and gold cross around his neck. The image of Celentano is always the same, but different in every film, giving an impression of absolute spontaneity.

“Il molleggiato” is so much tuned to his time, that even Federico Fellini is seduced by him: the Riminian director chooses Adriano for a small cameo in La dolce vita (1960), an eternal portrait of an Italy that no longer exists.

“The years pass, and 8 years is a long time.
Though the boy has come a long way
he does not forget his first house.
Now he the money to buy it.”

From the big screen to the small screen, Adriano Celentano’s rebellious soul remains intact and enters the homes of millions of Italians without asking permission. His television programs become national hits, they occupy the newspapers columns ― and are ever more divisive.

But above all, they entertain. Even when it comes to dealing with the cathode-ray tube, the protagonist of this story dictates the direction. 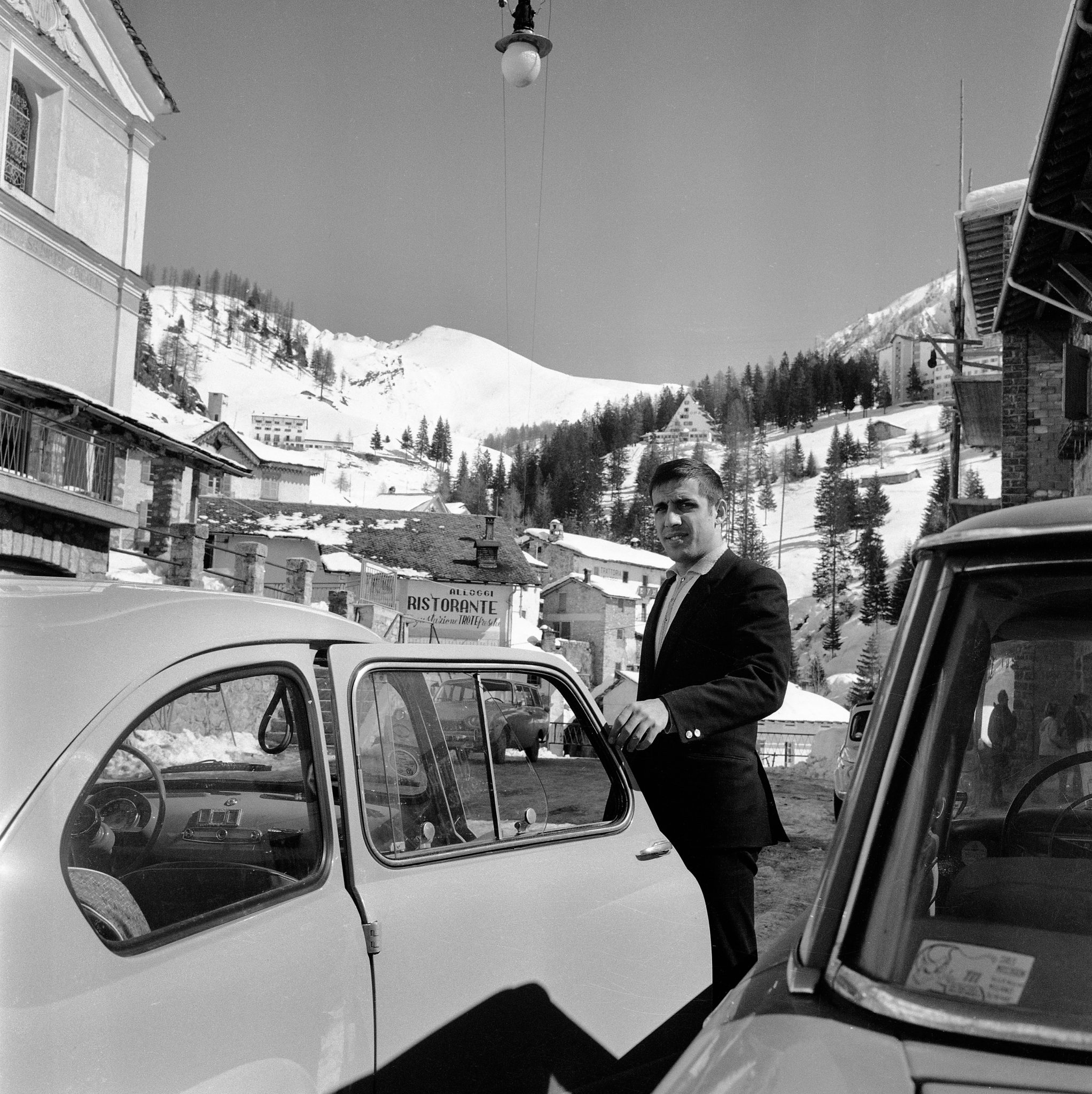 Music, dance and monologues travel along overlapping tracks in a way of making TV which had never been seen before. He brings on stage his usual energy and a strong dose of civil commitment.

Politics, religion, morals, mix in a cocktail that is often explosive, but very popular at the same time, even abroad.

The one-man show ‘Francamente me ne infischio’ wins La Rose d’Or de Montreux and hypnotizes more than ten million viewers per episode. The very recent Adrian was not as successful. Cradled for over ten years, this TV series project, ambitious as much as it is dysfunctional, was released in 2019.

Although animated by the seductive trait of Milo Manara and lulled by the music of the Oscar winning Nicola Piovani, the product is, in fact, half a flop for audience and critics alike. But it’s also a good bet that suggests that the “Molleggiato” has not given up on his goal of impressing everyone. Maybe even himself.