Many years ago, when 2026 still seemed science fiction to everyone, an actor succeeded in marrying the cities of Milan and Cortina with a single, simple formula: his name was Guido Nicheli.

A man of imagination and inventiveness, he belonged to the generation of the so-called “sons of war” who, having no toys available, began to play with words. The habit of coining new terms or always using original ones led him a long way. After learning the Milanese dialect, he created a language of his own. 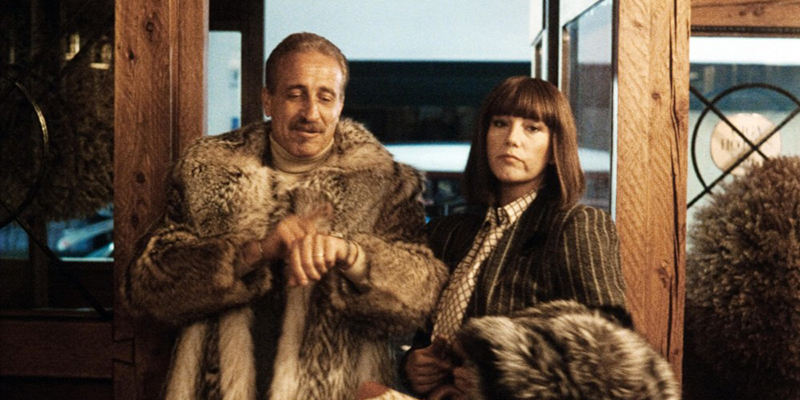 A language which would rightfully enter our popular cinema’s history; an expressive code transformed into common practice: to such an extent that the Mayor of Milan, Giuseppe Sala, one of the main sponsors for Milan’s candidacy for the 2026 Winter Olympics, made the famous saying “TAAAC” his own slogan after the official announcement that the Games would take place in Milan and Cortina, having borrowed it from “Dogui” (the actor’s nickname).

This is how Donatone Braghetti, played by Nicheli, takes center stage in Vacanze di Natale ’83: the gag, partially improvised (the reference to Formula 1 driver Michele Alboreto was the actor’s idea), perfectly embodied the spirit of the 80s’ “Milano da bere”, where yuppies were striving for success and beautiful women while mature entrepreneurs hunted for lust, which actually translated to become good-for-nothing viveurs.

With the arrival of the Christmas holidays, doing nothing can only be brought to a different level: thus, spoilt brats and “commendatori” (“commanders”) rush to their favourite destination, arm themselves with skis and Monclers to speed down slopes in the Dolomites, and once night falls, to hit the dancefloor in the Vip Club, waving their drinks to the notes of Maracaibo.

Cheeky and sloppy Italian comedies, but at the same time inimitable.

Regardless of our holiday preferences, Milan-Cortina remains a “concept”, a self-deprecating status symbol that still endures today, forty years after the “cumenda” character was born (the term, purely Milanese, designated a bourgeois, conceited parvenu, with irony and a hint of contempt). Why? How did entrepreneur Donatone Braghetti, the ultimate representative of the classist and braggart Milanese, succeed in creeping into our colloquial tradition as a dialectal influence? How is it that if “the sun calls for whiskey, whiskey calls for pole position” (as in the movie)?

Early 80s: movie theatres everywhere in Italy show two cult films destined to become the symbols of frivolous and disengaged Italian cinema. Summer means Sapore di mare, winter Vacanze di Natale ‘83, (respectable) founders of the (un)fruitful dynasty of “cinepanettoni” (Italian comic films based on a series of misunderstandings and puns, mostly sexual, created for a popular audience specifically for Christmas screening programmes), the two films by the Vanzina brothers led the way for a “bulimic” comic production that transferred television mediocrity and all possible clichés of Reaganian hedonism to the silver screen.

And yet, they still manage to keep alive (tired, but alive) their aura of operation-nostalgia towards a childish, carefree and simplistic imaginary.

Thanks also to character actors and showmen like Guido Nicheli, whose inherently excessive lampooning urges us to watch similar “cult” movies with veiled melancholy, regretting comedies that were cheeky and sloppy, but at the same time inimitable.

Cover photo and photo in the text from Il Post.

In the Sixties, it was not unusual to spot Jean Paul Belmondo walking along Rome, or Frank Sinatra playing the piano at Harry’s Bar. Actresses like Ava Gardner were regular clients of the Fontana sisters and Capucci. Everyone had a pair of mocassins handcrafted by Ferragamo. Between the Fifties and Sixties, Rome became the Italian […]