The loves among the changing rooms ― and inside them ― where an air mattress was always ready, were making out in the pine forest, walking along the water’s edge hand in hand at midnight, and waking up in front of the waves the day after. Since the 1960s, there has been a special character at the Italian beaches that look after bathers. The “minister of the beach resort,” the “macho but sweet” man: the lifeguard.

“It was all about getting excited about these moments. Use it or lose it.”

From the beachfront, you would recognize him because of his revealing outfit: a short swimsuit above the knees, a tank top, and a whistle (a must-have). He sometimes wears sunglasses and occasionally, a baseball hat. Everything is usually red. 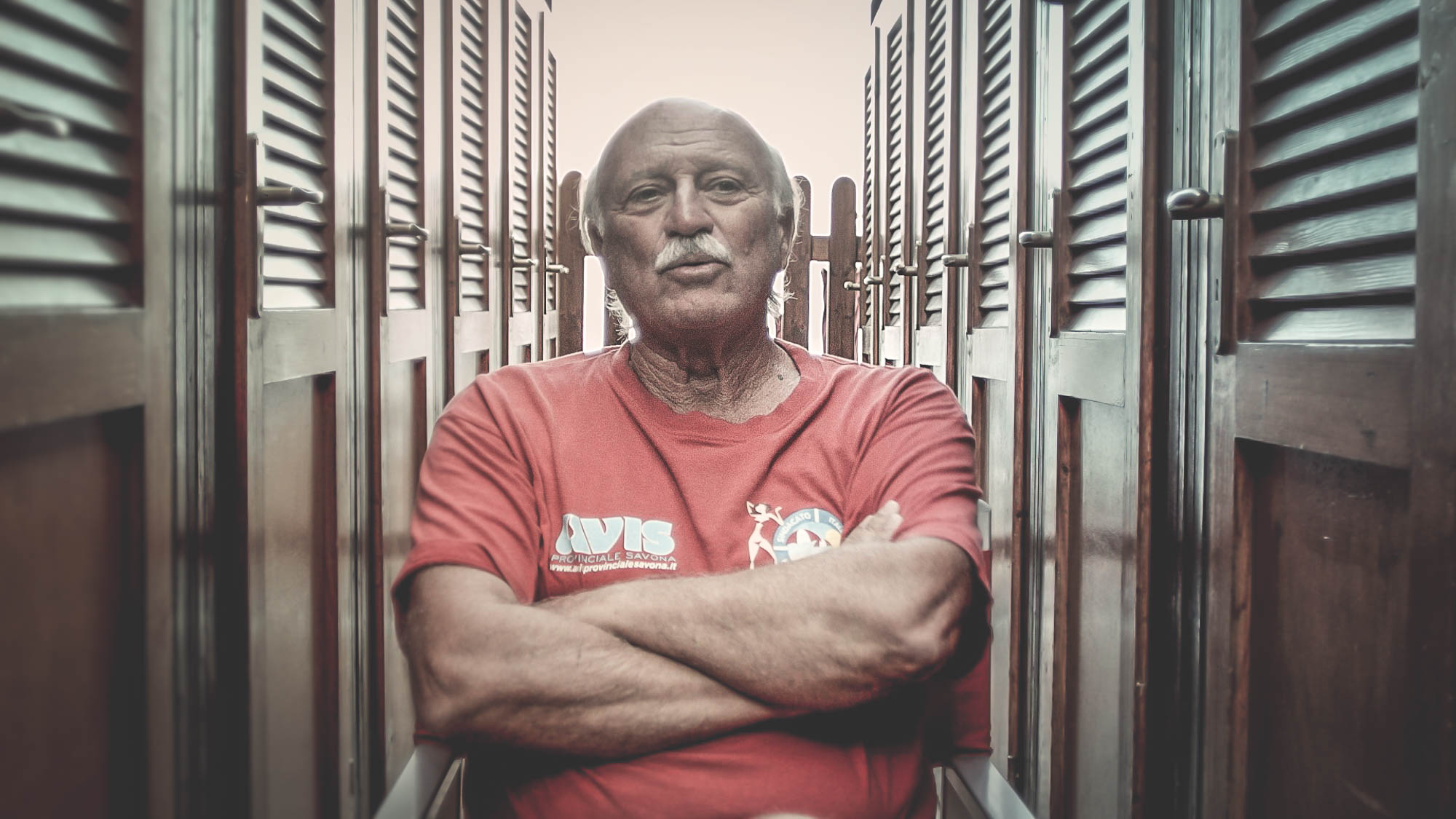 Together with the narration of Luca Legnani, the producer of the new documentary film by Fabio Paleari Bagnini & Bagnanti (‘Lifeguards & Bathers’), we take you inside the Latin lover of the Riviera beaches.

A while ago, chartered boats full of girls were coming to spend their holidays at the Riviera. All the more for the lifeguards to seduce: Swiss, Austrians, Germans, British, and, Norwegians. They were generally more culturally open than Italians. And if you talk about their chances of getting lucky; there were so many women coming and going, instead of being stuck in the office. In bikinis. But were foreigners or locals more open to summer fun?

“From the 1960s to 1985, girls coming from overseas won the game. Slowly, everything changed: Italian girls are more openminded now.”

This is also because, in the 2000s, mass international tourism dropped, so the number of expat girls choosing Italian beaches for their summer holidays decreased dramatically.

You can find a lifeguard in two spots: up on his classic observation tower watching the bathers and, maybe, saving lives in the water; or in his paddle boat ― also known as “moscone” in Italian-language. This year it will be the 19th edition of Palio del Pattino, a race among paddle boats. 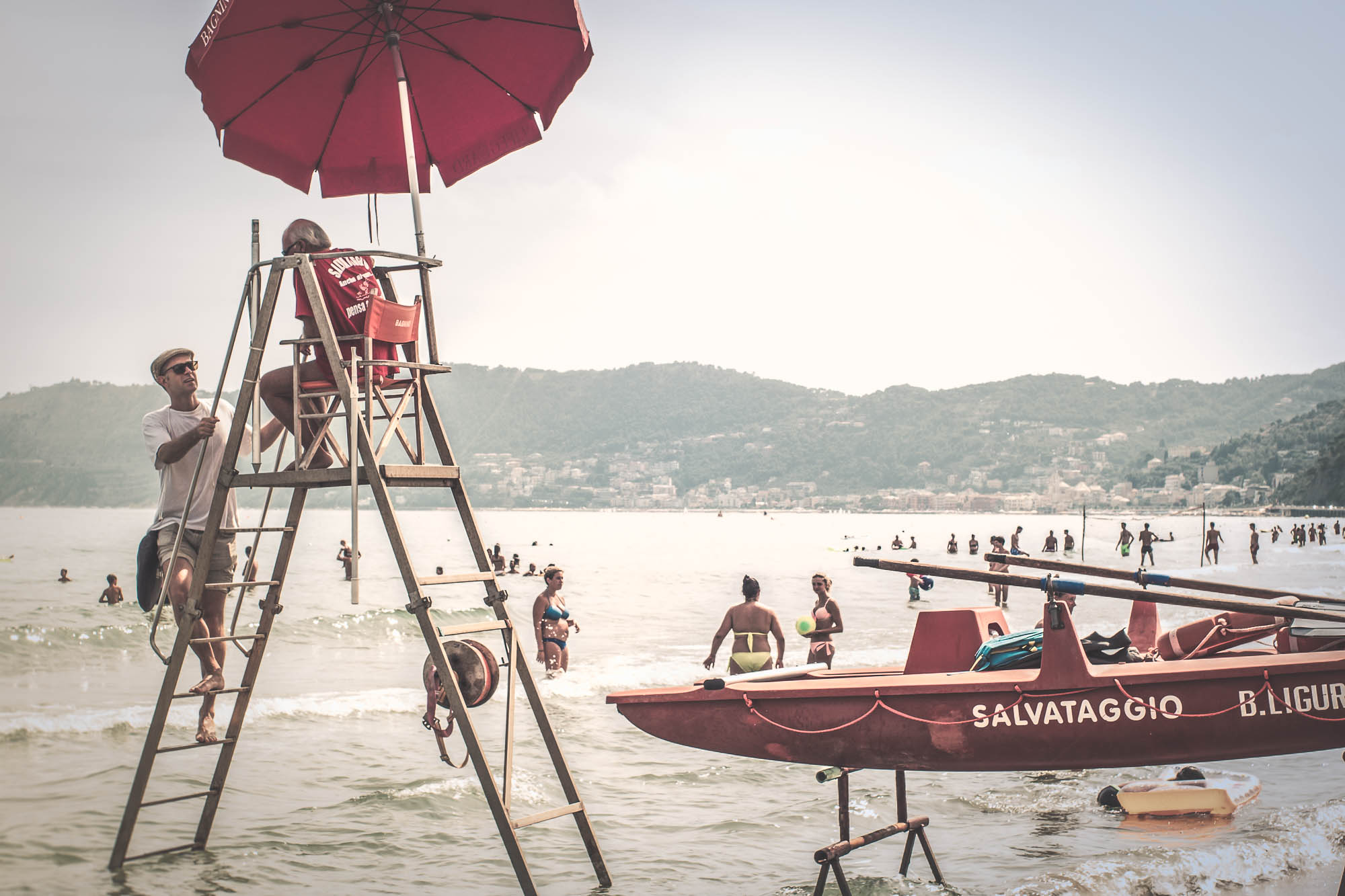 For the movie, for two years Luca and Fabio traveled around the majority of the Riviera’s beaches. From Alassio, Viareggio, Forte dei Marmi, Fregene, Ostia, Capocotta; to the other coast: Jesolo, Lignano Sabbiadoro, Milano Marittima, Cesenatico, Riccione, Cattolica. They were in search of the “biggest playboy lifeguard” out of all of the lifeguards.

“A hunt down to the last lifeguard to find out: what do lifeguards think about women?”

To the tune of I piccoli segreti degli uomini by Leo Pari ― the soundtrack of the documentary and an ode to lifeguards ― they went from one town to another to ask people who were the most infamous lover at the beach. To understand why these men between 40 and 83 years old are going after women, well, you need to see the movie ― no spoiler here.

“They’re adventures: you do it, it lasts an hour, then ciao, you say goodbye to each other, and leave.”

What we can tell you, instead, is the weirdest story that was not included in the movie. There’s a lifeguard who, after several years of being a regular lifeguard, decided to become a deacon and turn his beach into a sort of church on the beach. Every morning, he says Mass, and there’s a Madonna statue in the playground area for the kids, to protect them ― he says ― from misfortunes. It’s a religious beach now. 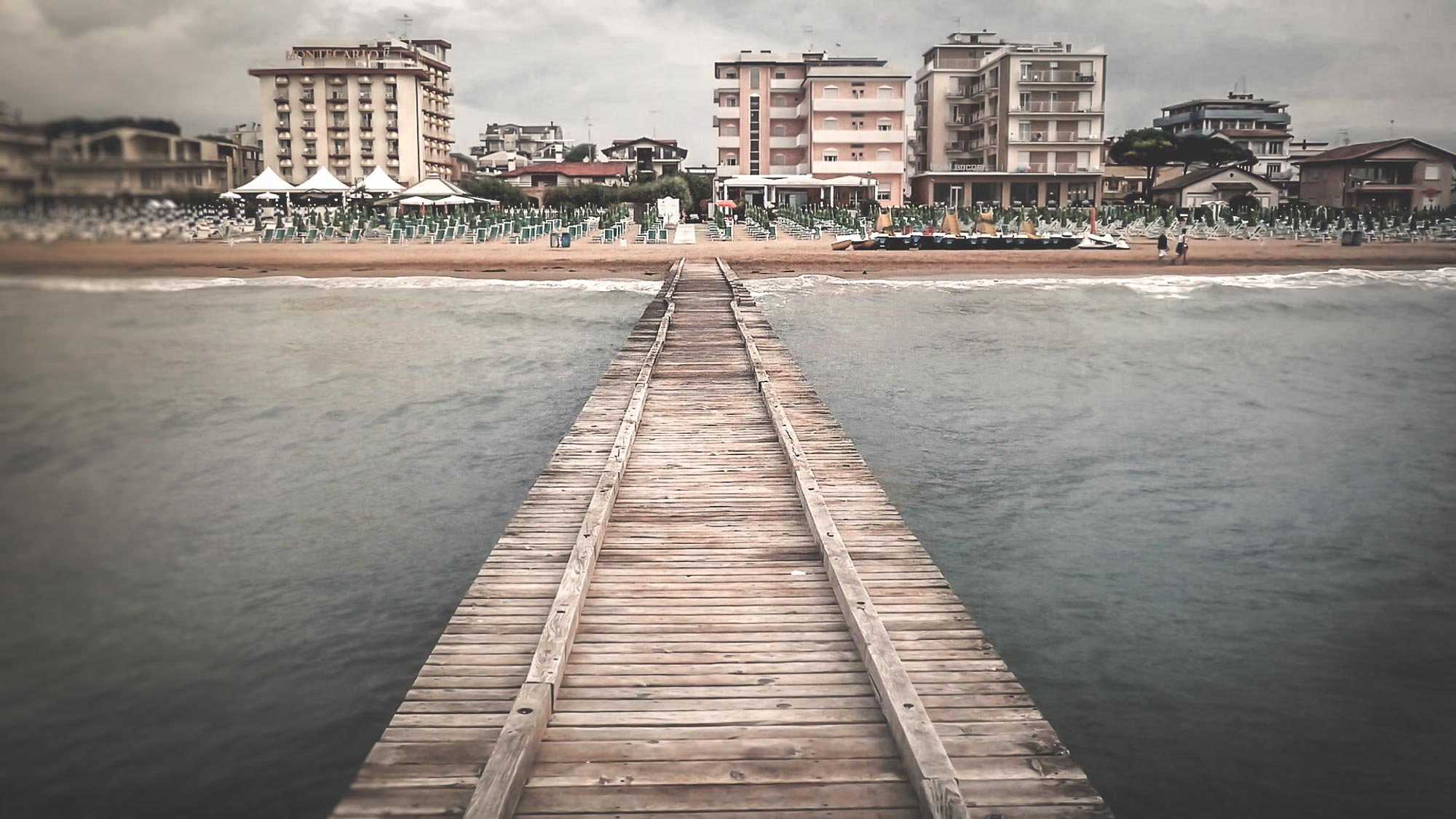 From the female perspective, there are many different ways to get a lifeguard’s attention. There are women who end up spending a few moments with a different lifeguard each summer. How do they seduce them?

“She placed herself under the observation tower and stayed there for days. On the second to last day of the vacation, after three weeks, she always ends up with the lifeguard.”

He is one of the most beloved ambassadors of the “Tuscan flair”, but that’s not all: through his movies – almost all of which have so far been set in Tuscany – Leonardo Pieraccioni is an unstoppable promoter of the beauties of his region – which also happens to be mine. For the anniversary of […]

Among the lateral valleys of Aosta Valley, one of the most interesting is undoubtedly Val d’Ayas. The Becquet family saw the valley’s potential, and in 1994 they built the Grand Tournalin, a modern alpine hut. Alpine huts are the best way for people to get to know the mountain and the majestic nature found there. […]

Apothecaries, pharmacists and herbalists, goldsmiths and leather manufacturers, wig makers, tailors and shoemakers, carpenters and carvers: the history of Florence – capital of the Italian Renaissance – is the story of its craftsmen, of its ancient guilds, of the shops that still exist with dedication and pride, despite the passing centuries and the recurring floods […]