Apothecaries, pharmacists and herbalists, goldsmiths and leather manufacturers, wig makers, tailors and shoemakers, carpenters and carvers: the history of Florence – capital of the Italian Renaissance – is the story of its craftsmen, of its ancient guilds, of the shops that still exist with dedication and pride, despite the passing centuries and the recurring floods of the Arno. 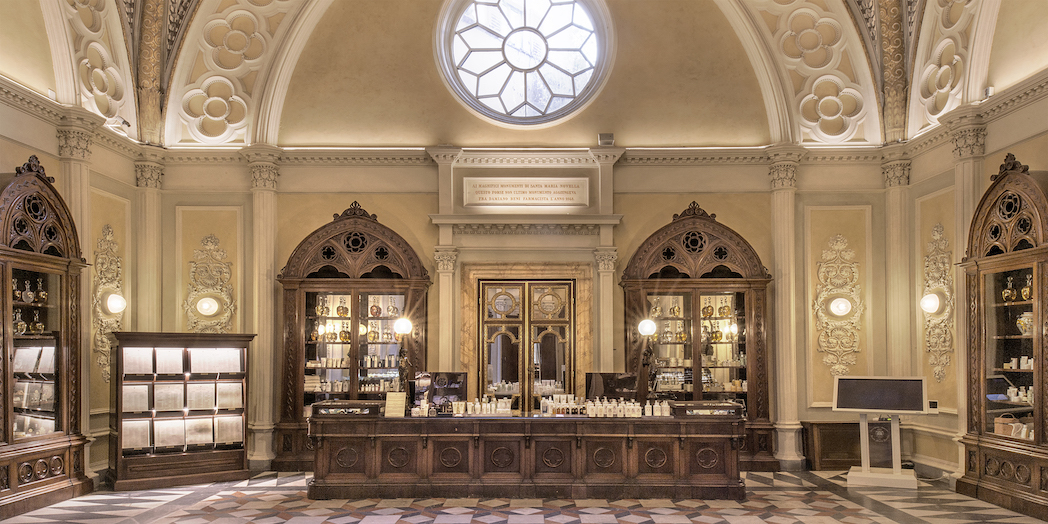 I was inebriated by the essences handed down over the centuries, still prepared following the friars’ recipes.
Officina Profumo-Farmaceutica di Santa Maria Novella,
via della Scala 16.

To discover this ancient soul of Florence I dove into the streets of the city, starting from one of its nerve centres, Santa Maria Novella Station. Right next the station, in Via della Scala 16, stands the Officina Profumo-Farmaceutica di Santa Maria Novella, a real institution in the Tuscan capital. 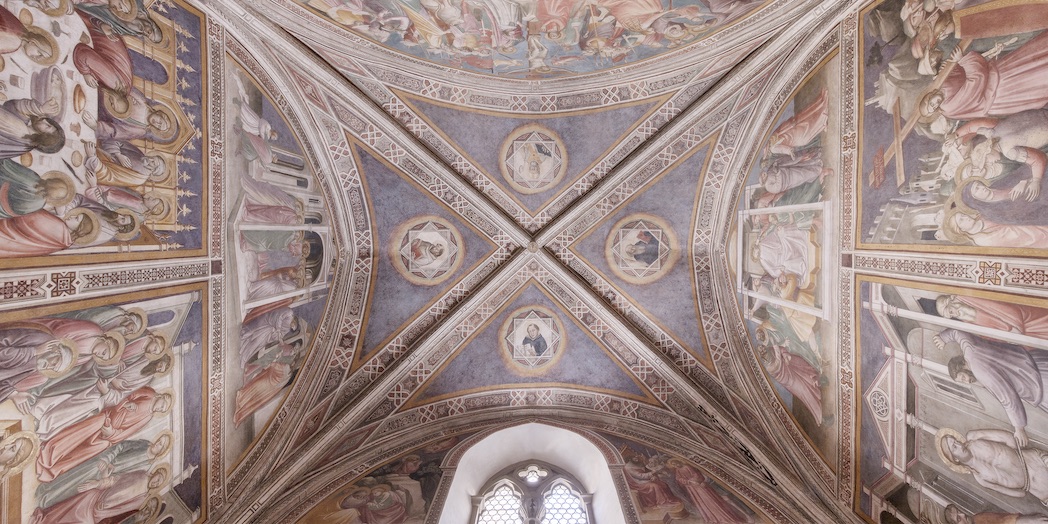 Located in the Dominican convent complex of Santa Maria Novella, it was opened to the public in 1612 and is one of the oldest pharmacies in Europe. It was enough for me to cross the threshold to find myself completely captivated by the opulent beauty of antique furnishings and frescoes, inebriated by the essences handed down over the centuries, still prepared following the friars’ recipes. It was hard to leave – smell is my most acute sense – but I had a mission and I had to go on.

A lay gardener who learned all the secrets of medicinal herbs from the nuns and then opened his bottega.
Antica Spezieria Erboristeria San Simone,
via Ghibellina 190/R

To be honest, on an olfactory level my second stop was no less: if the Officina of Santa Maria Novella was born as a pharmacy, the Antica Spezieria Erboristeria San Simone, dating back to 1700, was instead born as a herbalist within the Convent of the Oblate Sisters. Since 1993 it has been managed by Dr. Fernanda Russo, who took over the business with her husband, with the precious legacy of the original recipes handed down by the Sisters. Dr. Russo told me about the lay gardener who learned all the secrets of medicinal herbs from the nuns and then opened his Bottega del Semplicista (Simplist’s Shop) in San Simone square (the herbal medicine was called “the simple people’s medicine”), the forerunner of the current shop in via Ghibellina 190/R.

«If I hadn’t been born on Sunday my mother would have given birth in the shop!»
Bottega Filistrucchi,
via Giuseppe Verdi 9

Both the pharmacists and the herbalists belong to the “doctors and apothecaries” corporation, one of the seven Major Arts of the Middle Ages, to which – curiously – “wig makers, poets, painters and ragmen” also belonged – says Gherardo Filistrucchi, heir of the Filistrucchi family and owner of the homonymous workshop of via Giuseppe Verdi 9 which, since 1720, has been producing wigs and make-up for theater, cinema and television (but also for masqued parties).

“Poets and painters communicated and represented the power of the Medici outside Florence, while ragmen were important because with the rags they made paper, which was very expensive.- explains Filistrucchi – Wig makers – in addition to wigs, worn by everyone at the time: servants, knights and ladies – also provided shaving, tonsures and bloodletting, which were thought to be a remedy for most diseases.”

Gherardo Filistrucchi is a mine of anecdotes and a true expert in arts and crafts in Florence: not by chance he co-founded with Elisabetta Bongi (owner of the historic Ottica Bongi of via Por Santa Maria 82-84/R) the Association of Historic, Traditional and Typical Shops in Florence, which brings together more than 70 historic shops and businesses that have existed for at least fifty years.

The Filistrucchi workshop is a reality that is more unique than rare: in addition to having survived two terrible floods, it has seen the same family for three centuries engaged in the same activity in the same place: “If I hadn’t been born on Sunday my mother would have given birth in the shop!”, Gherardo jokes.

Contemporary poets and painters have their reference-points in two other florentine shops: the Libreria Giorni (Giorni Bookshop, via Martelli 35/R), founded in 1937, with its ancient books, hard-to-find editions, prints and postcards – a place where lovers of paper perfume could spend hours – and the workshop of Fratelli Rigacci (Rigacci Brothers Shop, via Servi 71), which provides canvases, brushes, paints and anything necessary to art lovers.

The project was initially conceived to help war orphans to learn a profession.
Scuola del Cuoio,
via San Giuseppe 5R

Leather processing – another very important craft in Florence – was traditionally concentrated in the Santa Croce area: this type of activity required a lot of water and that area guaranteed easy access to the Arno river from the 13th century on. This is where the Scuola del Cuoio (Leather School of Florence) is located, in the complex of the Basilica of Santa Croce, inside the Franciscan monastery (the entrance is from Via San Giuseppe 5R). The school was founded in 1950 by the collaboration between the Franciscan friars and the Gori and Casini families. Marcello Gori, a craftsman since the 1930s, was the initiator, and the school project was initially conceived to help war orphans to learn a profession. 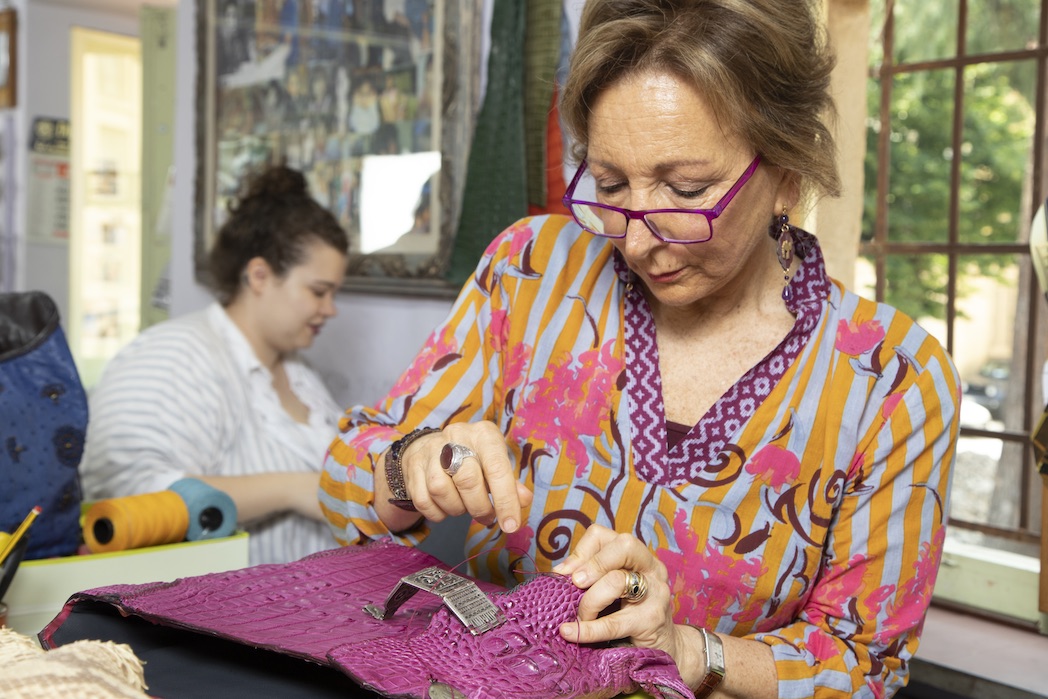 Today the family business is carried out by Marcello’s daughters Laura, Barbara and Francesca, and by his grandchildren, Tommaso, Filippo and Beatrice. 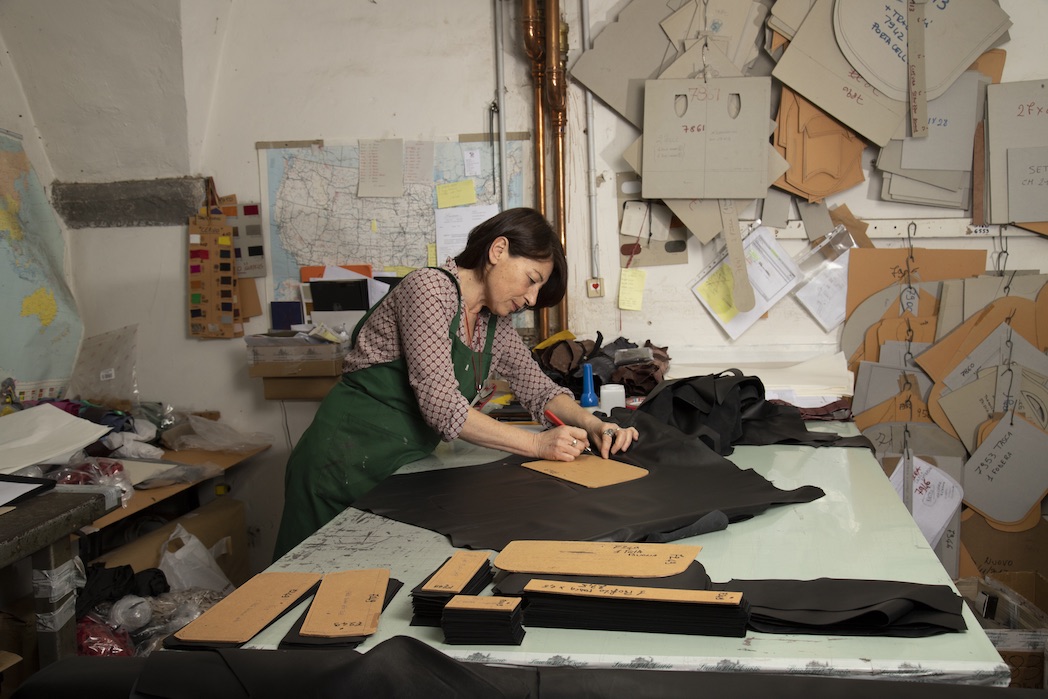 Beatrice Parri Gori tells me more about this very particular reality: “We offer leather courses to students from all over the world. They are American, French, Japanese, so many are Korean – the most determined – who work their way up in Italy and when they feel ready return to their country to start their company or brand. Generally the students are between 20 and 30, but we also have 50 year-olds. One of the first desk pads that my grandfather created together with the students was given to President Eisenhower, and thanks to commissions from the American army we started to be known all over the world. Today 80% of our customers are American and we have a showroom in New York.”

Cosimo de’ Medici didn’t like the smell of meat when he walked.
So, butchers turned into jewelers.

There is so much to tell about the history of the school, but I have to continue towards Ponte Vecchio, the trait d’union between one bank and the other of the Arno. The most famous Florentine bridge is the realm of goldsmiths, who were butchers (or rather “beccai”) until Vasari’s corridor was built: Cosimo de ‘Medici decided that the smell of meat was not ideal to accompany his movements from Palazzo Vecchio to Palazzo Pitti, and so he had the butchers’ shops turned into jewelers.

«Once the object made with the computer is finished you can hardly get your hands on it without wasting it.»
Casa artigiana dell’orafo,
vicolo Marzio 2

Before stepping onto the bridge, among hordes of tourists posing for selfies, I take a breather (and a little cool: Florence can be very hot in summer), entering the tiny vicolo Marzio 2: here is the Casa artigiana dell’orafo (Artisan house of the goldsmith), a tower, part of a former convent made available by the Curia, which since the post-war period has about 25 laboratories for artisans, goldsmiths, cashes, engravers and watchmakers.

Fabio Panzani is one of these artisans, and since he was a boy he has been working at the Casa dell’Orafo, making handmade jewels: “Today we – the artisans – are endangered pandas! – he jokes, but not too much – The new generations use computers, CAD, 3D printers, but once the object made with the computer is finished you can hardly get your hands on it without damaging it, while the handmade product can always be perfected. In this job a very strong selection is underway and the few who remain will have a lot work to do.”

Finally, I arrive in Oltrarno, with the districts of Santo Spirito and San Frediano and a high density of shops. There are so many antique dealers, but that’s not all: so if you are looking for a piece of furniture or a vintage chandelier the Oltrarno will know how to distract and tempt you with shops specialized in Florentine mosaics (which mix different types of marble and hard stones or small jewels), like Casa della Stampa (Sdrucciolo de ‘Pitti 11 / r), where Ms. Viviana and her son Lorenzo make reproductions of antique hand-painted prints, true wonders.

You are warned: it will be difficult to return empty-handed from a tour of the artisan workshops in Florence!

Cover photo and photos in the text from the Officina Profumo-Farmaceutica di Santa Maria Novella and Scuola del Cuoio’s archive and by our Silvia Novelli walking by.

Smelling a cup of coffee before tasting it, perceiving its irresistible aroma.

Among the lateral valleys of Aosta Valley, one of the most interesting is undoubtedly Val d’Ayas. The Becquet family saw the valley’s potential, and in 1994 they built the Grand Tournalin, a modern alpine hut. Alpine huts are the best way for people to get to know the mountain and the majestic nature found there. […]