In Japan, he faced 36 earthquakes during the 38 months he spent on a construction site. In Berlin, he dealt with bombs and he found himself building foundations underwater. Would you be surprised if I said that we are talking about an architect?

Renzo Piano, architect and senator for life from Genova, has made history in Italian and international city planning and has lived his work life as a daily adventure.

Milan’s ghetto district; a children’s hospital in Uganda; and continuous engagement in valuing suburban areas ― just as the Lingotto di Torino shows, as well as a district in a southern city, today a very smart centre ― are just some of Renzo Piano’s artistic missions that he carried out over his entire career.

After the diploma, Renzo Piano studied architecture at university and started to attend Franco Albini’s studio, one of the most important Italian designers of the last century.

Graduating at the top of his class, he became Marco Zanussi’s pupil. Zanussi is considered to be one of the founding fathers of Italian industrial design, and Piano started to practice the work that would have made him a worldwide artist, right in his father’s backyard.

Visionary architecture, as demonstrated in particular by his most representative icon, the Centre George Pompidou. He was the mind behind many revolutionary projects and a promoter of the so-called high-tech movement, showing a strong ability in moving across the boundary that lives between art, architecture and engineering, Renzo Piano talks with these words about his profession:

“If you desire to be an architect, you need a vision, a utopia that’s realistic, a lot of energy and a good team. I believe it is possible to build a better world. And I think that today we have to get inspired by the topics of energy and sustainability, create a new language and show a new direction.”

Man, as Piano taught us, has to be the center of the design philosophy because the goal is to improve people’s lives and to guarantee their safety wherever they go: at work, visiting a museum, at school or nearby a monument. All without renouncing aesthetic aspects.

Can a chair be discordant with its kitchen? Clearly not. We have to realize that design and architecture can’t be disconnected from what makes a building usable, from all the logical thoughts and, more generally, from society and the context of where it is located.

These were the singular words that the architect, who built lots of skyscrapers, replied in answer to businessman Irvine Sellar when he suggested that he build the Shard, in London.

What is certain is that to make this pyramid, as every other building, Piano adopted an extraordinary double ended communication strategy: on the one hand, to look for an efficient name for his creation, making it human, and on the other, to plan and execute a plan from the maxim: concept shapes form. 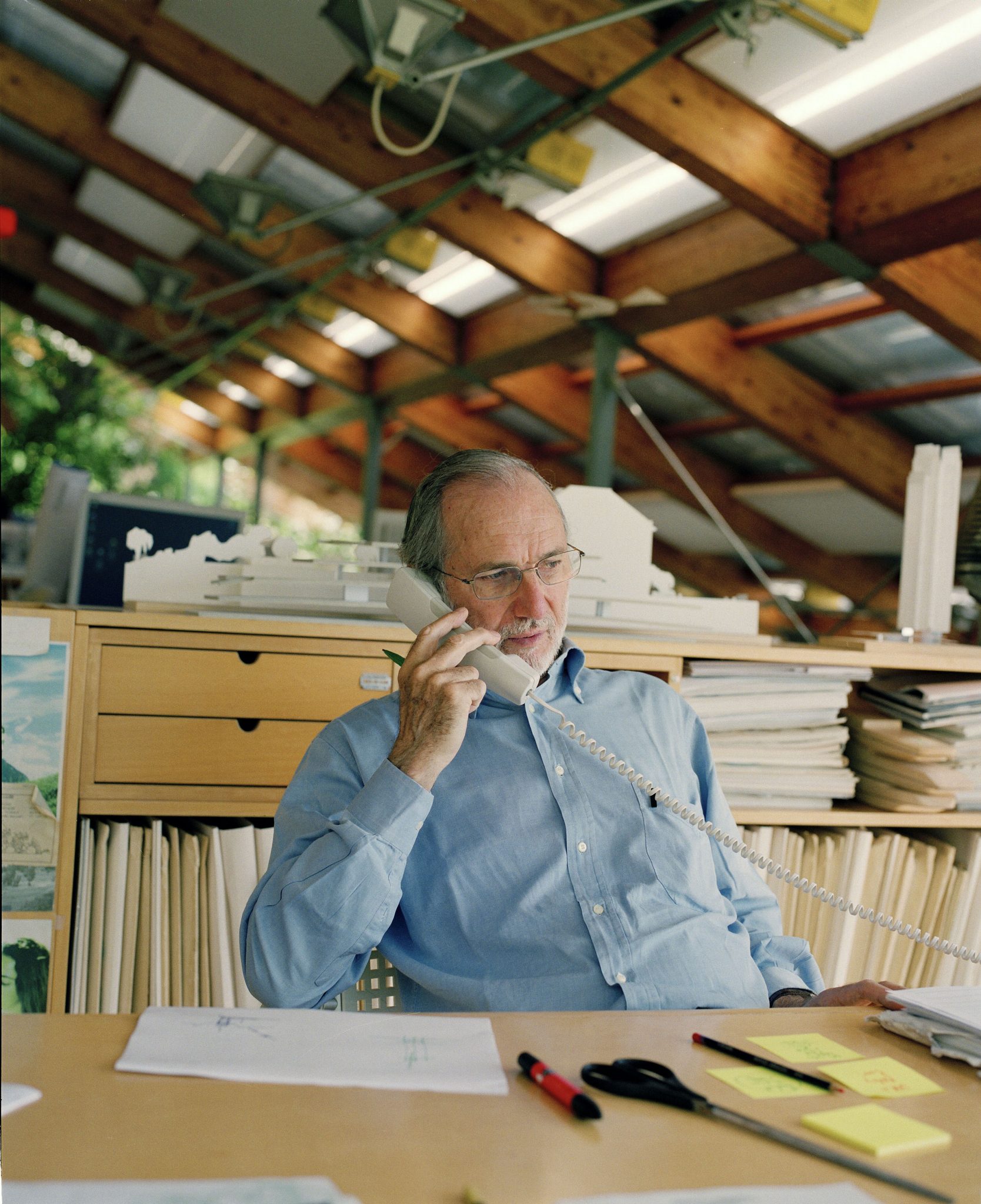 For example, in the case of Shard, to make the building acceptable to look at for someone who. Is less than fanatic about intensive city development. Piano did not think to reduce its height but to fragment it, as if it was a shard, precisely.

So, it is clear that it is possible, adopting packaging and promotional advertising strategies into a Palace and Renzo Piano was one of the first artists to understand it.

“Architecture is that crazy idea that it is really possible to change the world ― explains the designer ― Many people define me an archistar, a word I don’t relate to, at all. My job takes place within a group of people, where nobody claims authorship of an idea.”

Not only design, and not only planning and materialism: according to Renzo Piano this job has to be interpreted as a public service, as an art that creates things for the population and has city’s background in mind.

An art that talks with others, that has a special relationship with music as demonstrated by Auditorium Parco della musica di Roma: indeed, as music looks for emotion in the space, architecture is engaged in building places to host and amplify music itself.

“Yesterday night, I was walking on my own in Palazzo della Ragione, I felt that everything was perfect. But only in that moment did I realise, that throughout my entire professional life, I had worked exclusively on public structures. This made me feel really proud because a public place is a meeting space, for example, a library, a university or an auditorium. I am happy to have built places where people stay together.”

Let’s think about Renzo Piano’s “Spaceship,” that is Bari stadium and the biggest Italian harbor ever to be extended, Genova’s port.

Thanks to his extreme attention to detail, endless passion for innovation and light, he was always the big protagonist of all his projects, recreating unknowingly the mythical figure of “homo faber”.

“Architecture has to turn on a special light in people’s eyes, and my art, my Italian essence is completely in the Mediterranean Sea, that is not a sea but a cultural soup.”

Now let’s talk about style. Each artist has the aim to find and underline their own trademark, their merit, and for some people the flaw of Piano, is that he lacks a strictly identifiable and constant style, a brand name, but instead has a unique sensitivity and an intelligence that’s able to realize a project in perfect harmony with its functions and surrounding environment.

Yet he did several exceptionally stylistic exercises such as New York Times Tower and the colorful multifunctional complex of Central St. Giles in London. He explained:

“Style is a trap and coherence and intelligence, instead, are not about shape but about something stronger, more humanistic, almost poetic.”

It is also thanks to his pronounced sensitivity that he was commissioned to create buildings and extensions of other famous architects’ works, a sort of tribute to colossi as Cappella di Le Corbusier in Ronchamp, the Carpenter Center ad Harvard and Louis Kahn’s Kimbell Art Museum. 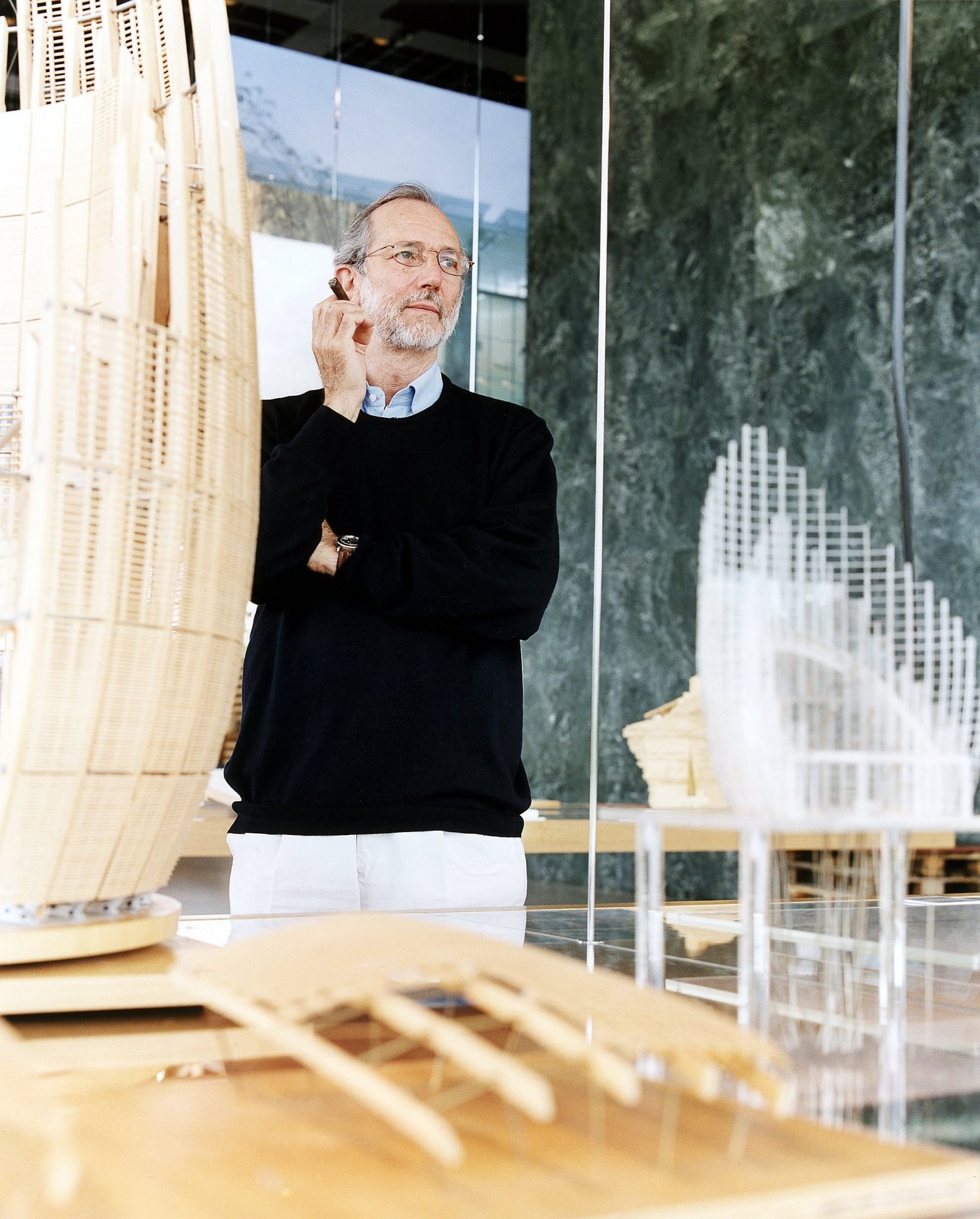 Talking numbers: 1981 was the year of his studio’s inauguration, Renzo Piano Building Workshop located in Genova, Paris and New York. In 2013 Renzo Piano became senator for life and UNESCO ambassador, while in 2006 he was awarded by the prestigious weekly magazine TIME with a spot on the “one hundred most important influencer personalities in the world” list, the first Italian present in this classification.

In 1990, he received from the then President of Republic, Francesco Cossiga, the title of I Cavaliere di gran croce dell’Ordine al merito della Repubblica italiana.

To these titles, we have to add awards: Compasso d’oro in 1981, Premio Imperiale in 1995 a Pritzker Architecture Prize in 1998. Piano is now 80 years old and for the last 50 years, he has been a hero of the international scene.

“When you plan, you have in your head a hologram which you continue to enrich with imagination but then, when you stay physically there, you project a possible scene. After, you make some sketches but something eludes. It would be so good to match two things, but it does not happen.”

Gin is once again the protagonist (also) in Milan. It happened on Monday September 9th at “Made in Italy”, the event created by Gino12 celebrating the most famous gin-based cocktail in the world, Gin Tonic, made by the Italian savoir-faire. Twenty-five selected producers “disclosed” their gin to the public. I also discovered a world, between […]