Mario Ruoppolo doesn’t know about politics, certainly not about love, let alone about poetry. The shy son of a fisherman, he does not want to follow the paternal routes, preferring instead the hardly envied job of an auxiliary postman on an island.

The sweet melancholy of our story has the scent of a small rock located a few kilometres from the coast of Southern Italy; a pleasant and wild atoll, barely rippled by the waves of continental political meetings and ideological dissertations of a Country divided between Christian Democracy (for the most part) and The Communist Party (a minority).

“It’s about bringing letters and telegrams down to Cala di Sotto. The recipient is only one. All the mail is for Mr. Pablo Neruda.”

Forced into exile by the Chilean government, “the poet loved by women” ― pardon me ― “by people” finds relief from his civil penalties in a simple refuge overlooking the sea, where he spends his days meditating, writing and dancing with his fiancé, Matilde Urrutia.

At their first meeting, Mario looks at Neruda with the curiosity of a child who discovers the delicate taste of strawberries. The writer has severe, almost sleepy eyes, and seems to observe the world as a show that, in the long run, has become boring; he seems hopelessly distant. After all, what can bring closer two spirits so far apart?

“I cannot tell what you have read in other words than the ones I used. When you explain poetry, it becomes trivial.”

Well, the companionship of this unsuspecting friendship are meals or, more precisely, their humble preparations and the raw materials that compose them. In fact, vegetables, eggs and heady nectars are always in the background of our tiny island, accompanying its growth.

Starting with the onion juice that wets Neruda’s hands when the postman asks the poet for an autograph, offering him his jacket sleeve as a cloth to dry on, the meetings between the two are (almost) always decorated by food. 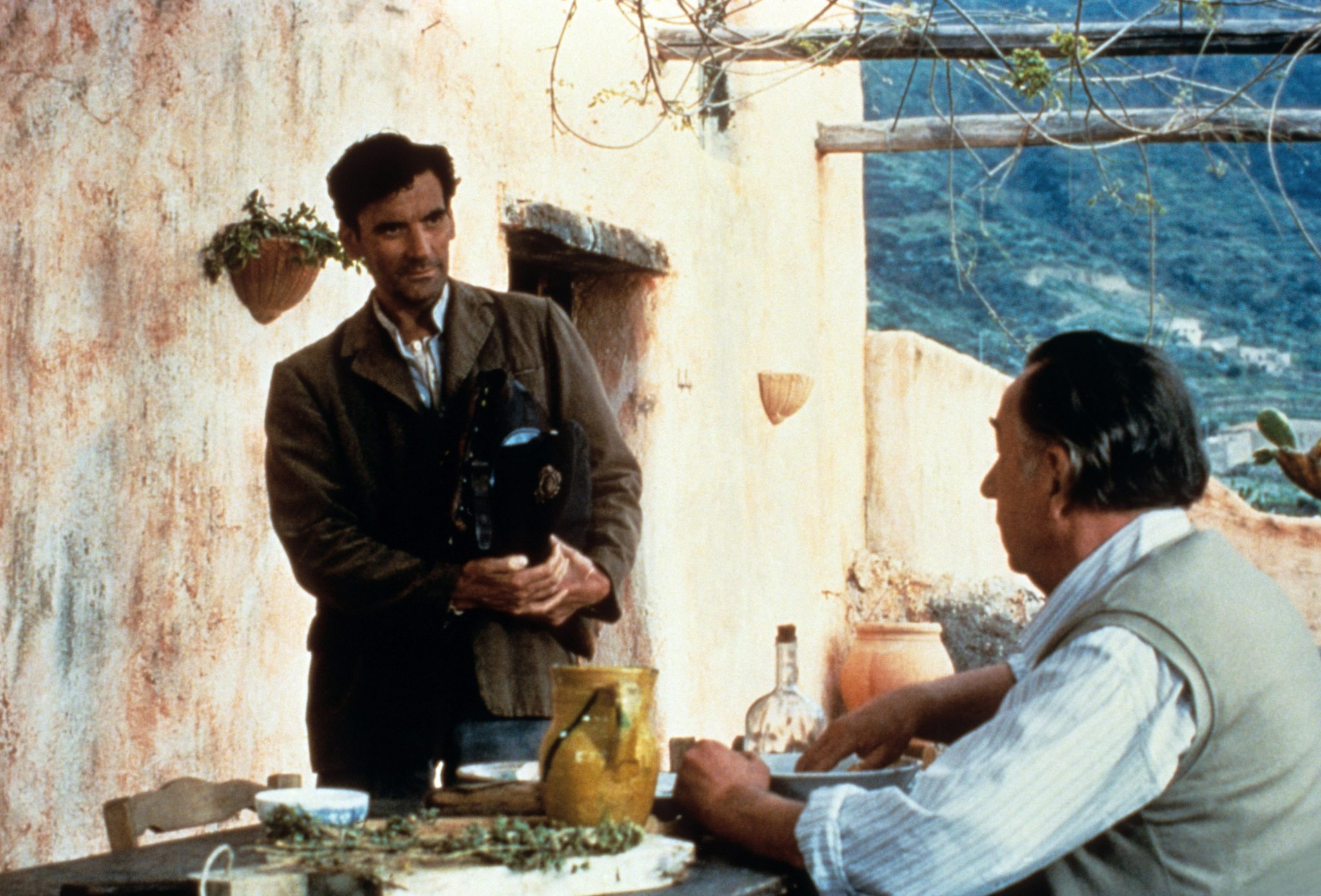 Dishes are not too different from those that Mario consumes with his father, but the difference is the care with which the writer handles food as if one could understand a man by the way he peels an apple.

The table in the shadow of the porch of Neruda’s house is covered with white flour when the author of Canto General discovers, from the faltering reading of Ruoppolo, to have been selected for the Nobel Prize.

The food suddenly humanizes the aura that surrounds the wistful exile and makes him accessible to the eyes of Mario who now recognizes in him a teacher to whom he confesses even the most intimate secrets.

Neruda sips a coffee while the postman tells him about the beautiful Beatrice Russo and turns to his friend with culinary metaphors when he recognizes on his face the signs of his love pains: You have two dark circles under your eyes, deep and big like a bowl of soup!

At the tavern where Beatrice works with her aunt, Donna Rosa, the poet orders two glasses of wine before signing ― with a special dedication ― a copy of one of his poetry books, thus facilitating the shy postman’s path to the heart of his beloved.

During the wedding banquet of Mario and Beatrice ― where Neruda is the best man ― comes the news that Don Pablo and his beloved Matilde can finally return to Chile.

“As you have already understood this story is the story of The Postman (1994) by Michael Radford, a very sweet film based on the novel Ardiente paciencia (1986) by Antonio Skármeta and an artistic testament of the unforgettable Massimo Troisi, who died the day after the end of the shooting.”

This movie, like any story, must come to an end. At this stage, our affection for its protagonists has bloomed and we, therefore, hope for a happy ending, but it is not always the case ― in the movies, as in real life.

After learning to understand love, Mario also learns the art of politics, adhering with such a passion to the communist ideals as to lose his own life in their name, violently taken down by police batons during a rally. 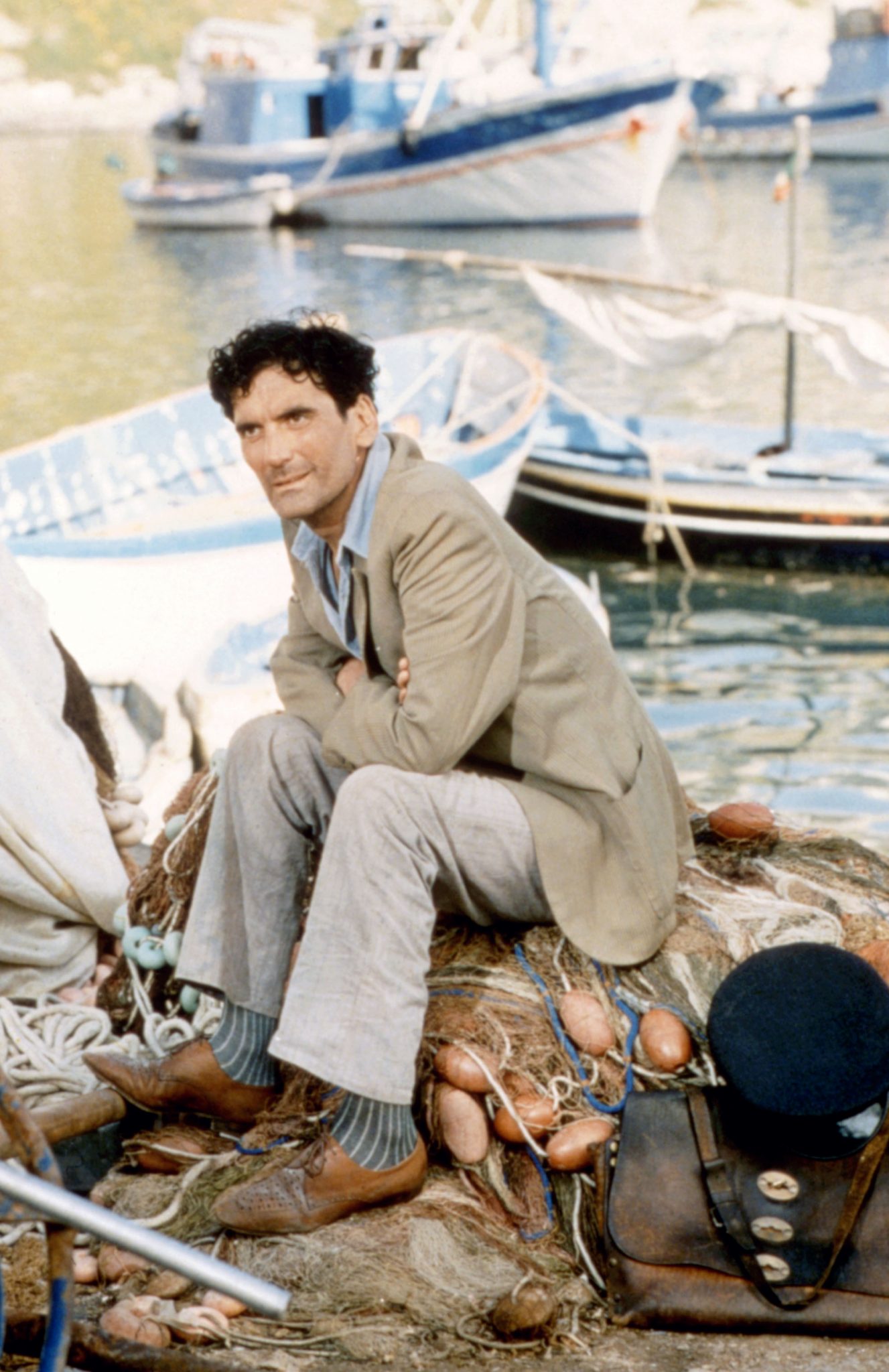 The postman will never see his poet friend again ― Neruda will return to visit him too late ― neither will he ever see his own son, Pablito, now to be raised fatherless. He will die on the mainland, leaving his loved ones on the island; but not before having discovered how anything can be born out of a plate of spaghetti with artichoke sauce. Even a friendship, even a poem.

“Tomatoes, red bowels, fresh suns. Artichokes, dressed as warriors and burnished like pomegranates. Garlic, precious ivory. We must kill him, alas! Stab the knife into his living pulp.”

Enlightened businessman, versatile intellectual, liberal socialist, urbanist, philanthropist, publisher, essayist, and culturally voracious reformer: it is hard to put all of Adriano Olivetti’s genius pursuits into a box. Olivetti is known as a man who was able to inspire people, not only in his rural village of Ivrea but all of Italy, thanks to his […]