Autobianchi Bianchina, the actress that got the wrong part

On 16 September 1957 a new car made its debut at the Science Museum in Milan: it was the citycar Autobianchi Bianchina, launched just two months after the Fiat 500 from which it derived its engine, but it had a completely different style.

Noble origins, a well-heeled life and a movie that made it indestructible, but unlucky.

60 years on, Italians still remember the Bianchina, not because of its commercial success but because of its “role” as Fantozzi’s car, a scratched, old, 4-seater white sedan. This model actually was never very successful because of its clumsy shape: the rear window looked like a TV screen, and its first nickname was in fact “television”. But after its role in Fantozzi’s successful movies, it went from “television” to “loser” in the late 70’s: the franchise’s popularity was so huge that the last film was released in 1999, 24 years after the first one.

The unlucky Mr. Fantozzi, an accountant, was the typical client for this kind of car: it was a reliable partner for the everyday drive to-and-from work, for weekend trips and for the summer holidays. It was the perfect car for characters like Fantozzi, but not the best publicity for the Bianchina, which sometimes ended up without its doors, sometimes it was hammered, destroyed, crashed… a catastrophe!

Chromed decorations here and there and a “snobby” appearance made it immediately popular.

In the early days it was more successful than the 500. The Bianchina had the noble Bianchi DNA – the same company still produces bicycles nowadays, especially vintage or hipster-style ones: it had a convertible body in two colours and white striped Pirelli tyres; the chromed decorations here and there and its “snobby” appearance made it immediately popular, as the perfect car for smart ladies who needed a citycar or even an agile automobile for the seaside; it also gave people lacking financial means a chance to distinguish themselves. 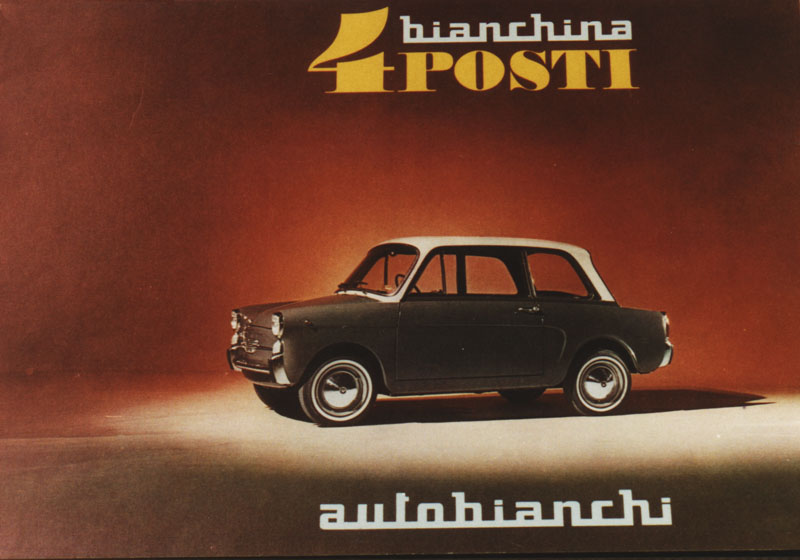 The Bianchi company from Milan was founded at the end of the Nineteenth century and it mainly produced bicycles; it quickly extended the production to motorcycles, and by the early Twentieth century they were already producing stylish and luxurious cars.

After World War I, Bianchi started producing a wide range of models for wealthy customers who appreciated luxury. The famous Italian cars made in Milan were quite popular in the USA, but the financial crisis of 1929 staunched their market, and Bianchi began to focus on military vehicles. The final blow came in August 1943, when the Bianchi plant and the area around it were heavily bombed.

After the war, Bianchi once again began producing bicycles and motorbikes, then in the ‘50s Bianchi tried for the second time to produce cars, and together with Fiat and Pirelli they founded the Autobianchi: with fewer risks than in the past a brand new company would have produced at first only one model – the “Bianchina” – with the same aim of the 1924 Bianchi S4 “Bianchina”, at the time an entry-level car among a reliable and refined range of models. The new plant in Desio was conceived to produce the new 1924 Bianchi S4, nicknamed “Bianchina”, which was the “entry level” version of a reliable and top level range of models.

Fiat agreed to join the project because they could test new technical and design solutions for their models, and Bianchi would quickly and easily obtain Fiat engines with transmissions.

During the first months the Fiat 500 had a difficult debut because it looked too poor, too austere. Even if Italians came from a horrifying war, the country was living an economical and societal boom: people used to dream of four-lane American highways with shining chromed big cars. The Fiat 600 had been the first car for many italians; the 500 should have been the second family car – but it was too much, and most couldn’t quite afford one yet. 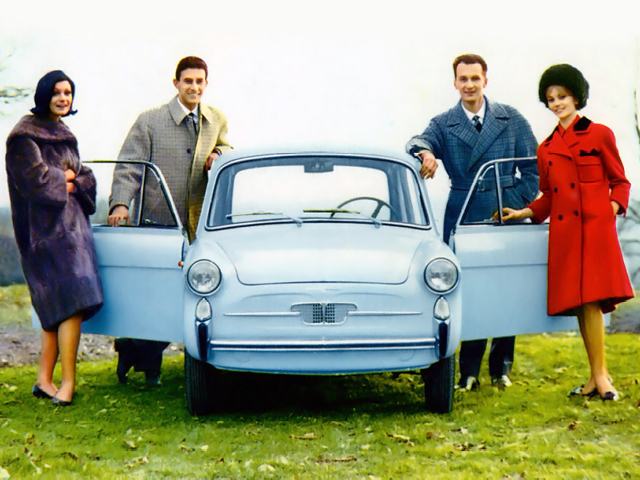 All these models were popular cars with sophisticated shape, bought by families, craftsmen and employees.

The Bianchina vaguely reminded customers of top class Lancias, Alfa Romeos and the one-off cars even if it was, more or less, a remodeled 500! It anticipated by 30/40 years the “family feeling” in a range of models: think about how many versions of Mini you can choose nowadays. In fact, after the “Bianchina Trasformabile”, the Cabriolet followed, then the wagon and the sedan for a total of 300.000 cars produced up to 1969. All these models were popular cars with a sophisticated shape, bought by families, craftsmen and employees. 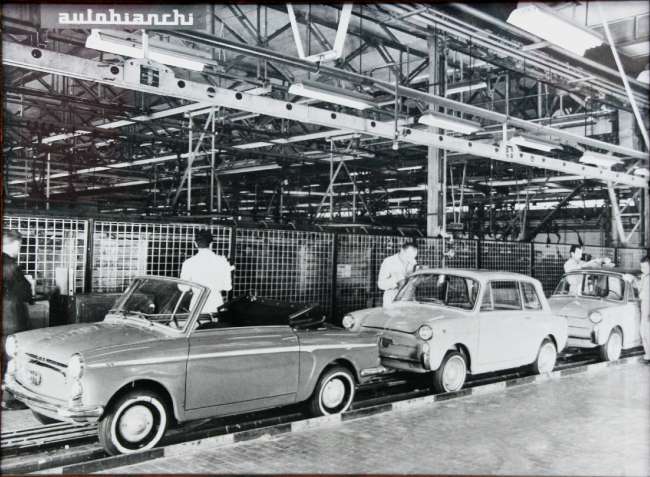 We will remember the Autobianchi Bianchina forever as the “eternal loser”, but thanks to this model in 1969 Autobianchi launched the A112, another “bestseller” citycar which evolved into the Y10, the coolest 80’s small car, and then became the Lancia Ypsilon, the last model of the glorious company (bought by the Fiat Chrysler Group, as in the 60s with Autobianchi): a good heritage for that “actress” from the ’50s.

A clear blue sky above the sea, a wave crashing down on you, a storm you’re heading towards, maybe never to be seen again. A shiny rainbow to lead you to your fortune, and, just over the horizon, perhaps there’s land ahoy. A seaman’s adventures, condensed here into metaphors for our everyday lives, is a […]

He is indisputably one of the most influential car designers of the 20th century, together with Giorgetto Giugiaro, Franco Scaglione, Giovanni Michelotti, Pininfarina, Zagato and Bertone; on 26 August he will turn 81. We are talking about Marcello Gandini, who created a new style for BMW in 1970. During his 15 years as the Design […]