He is indisputably one of the most influential car designers of the 20th century, together with Giorgetto Giugiaro, Franco Scaglione, Giovanni Michelotti, Pininfarina, Zagato and Bertone; on 26 August he will turn 81. We are talking about Marcello Gandini, who created a new style for BMW in 1970. 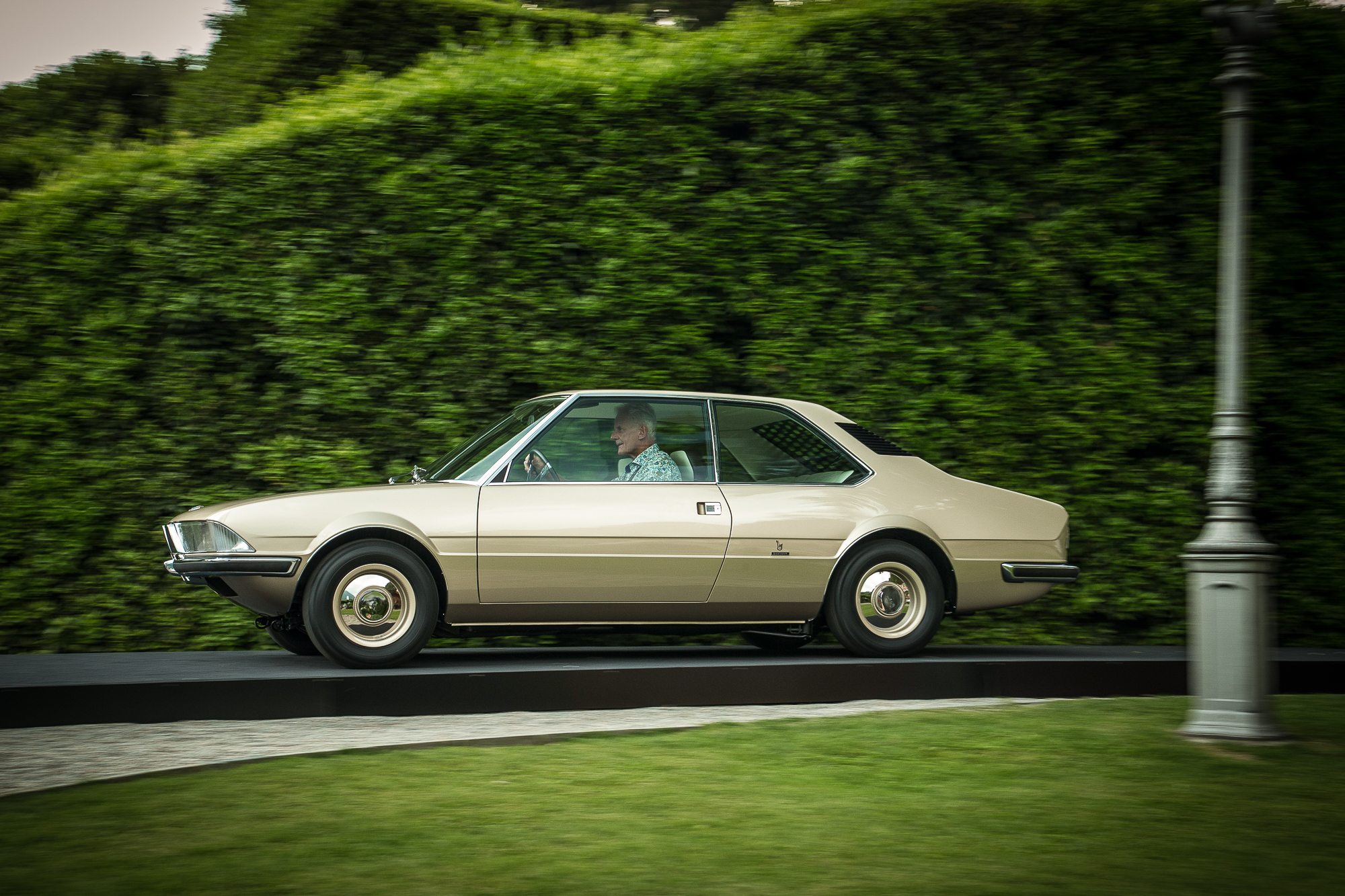 During his 15 years as the Design Director of the Bertone Stile studios in Turin, he created some of the most daring and revolutionary vehicles of the era, including the wedge-shaped concept car Lancia Stratos, as well as iconic sports cars as the Lamborghini Miura and Countach. These are three masterpieces that all collectors would dream of having in their garage. 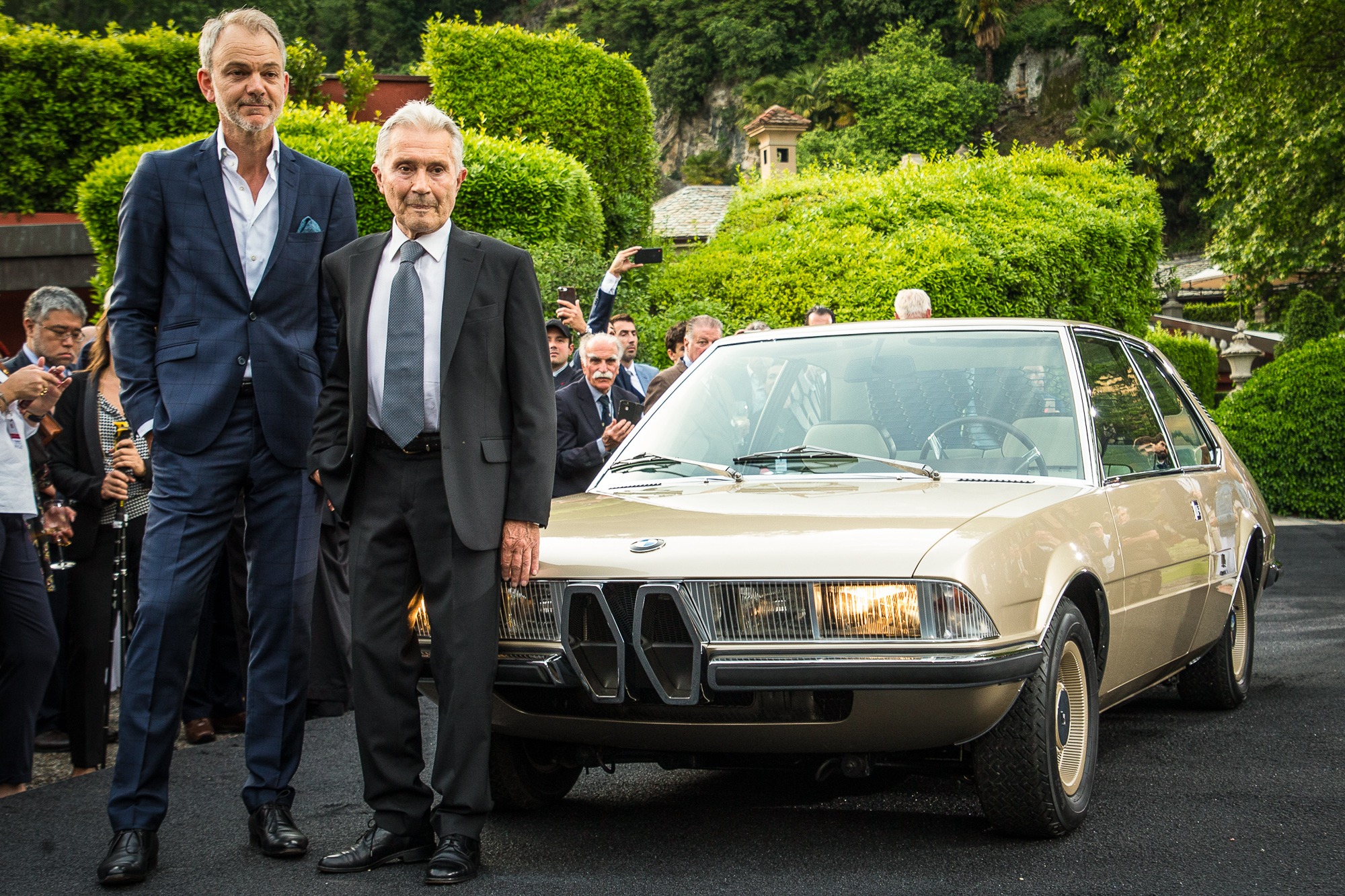 Adrian van Hooydonk decided to rebuild it when he saw a pale vintage photograph of a sleek car with light golden paint.

At the 2019 Concorso d’Eleganza Villa d’Este, BMW presented the recreation of the BMW Garmisch, a show car drawn and developed 50 years ago by the visionary Gandini for Bertone. 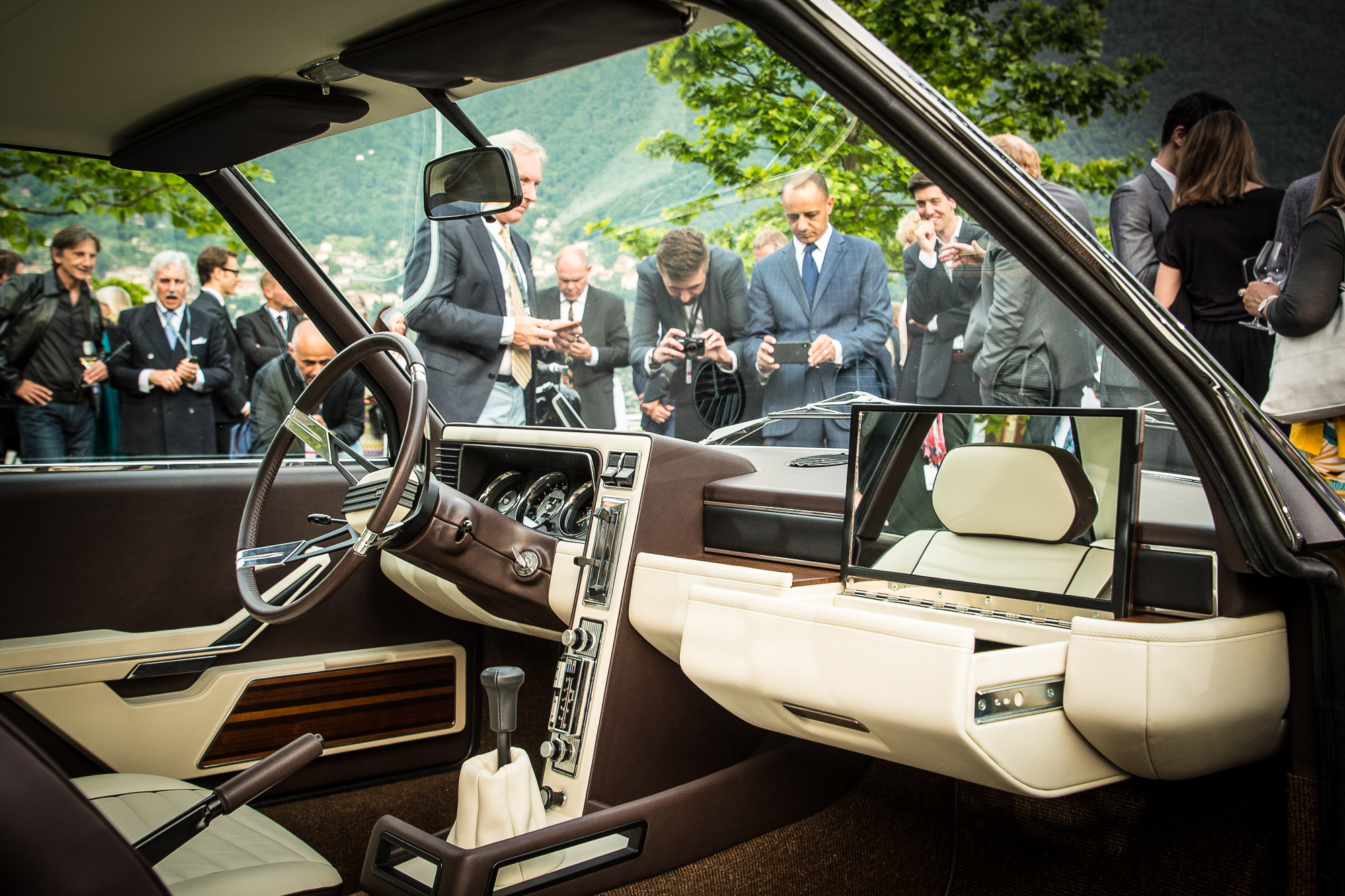 Adrian van Hooydonk, BMW Group’s Head of Design, decided to rebuild it when he saw a pale vintage photograph of a sleek car with light golden paint: “The car looked like something from the past, but I still found it surprisingly modern: it encapsulates Bertone’s design during that era and certainly also Marcello Gandini’s view on BMW at the time; this is why I became intrigued by the idea of reviving the car – to pay tribute to Mr. Gandini as an outstanding designer and to close the gap in BMW’s history”, explained the designer.

It is a tribute to the whole Italian design knowledge, appreciated by many foreign companies who chose Italian coachbuilders to create both their best seller models and the niche versions with more personality: BMW and Italians started working together with the 1936 328 Mille Miglia, built in light alloy by Carrozzeria Touring; then Marcello Gandini drew the first “5 Serie” in ’72 and his colleague Giorgetto Giugiaro traced the lines of the first bavarian supercar, the M1, few years later.

«We wanted to create a modern mid-sized coupe that was faithful to BMW’s design language, but that was also more futuristic and even a bit provocative.»

The BMW Garmisch was a prototype developed by the Bertone studio as an independent design proposal, a common practice at the time to showcase their creativity and avant-garde ideas to the big car manufacturers. “The original idea for the Garmisch came from Nuccio Bertone himself, who wanted to consolidate his existing relationship with BMW by designing a surprise show car for the Geneva Motor Show”, Gandini remembers. “We wanted to create a modern mid-sized coupe that was faithful to BMW’s design language, but that was also more futuristic and even a bit provocative”.

After Bertone had shown the BMW 2800 Spicup – a flamboyant all-green roadster concept– in 1969, the design team considered a more subtle approach for the next year’s exhibition, the Garmisch: while the side profile of the car was very sleek and clean, the most distinctive design feature of the new concept was its bold, vertical and almost angular variation of BMW’s kidney-shaped radiator grill. It was flanked by square glass-covered headlights that gave the car a very different look and presence. To make the car stand out even more, Marcello Gandini added a pair of louvres on the C- pillars and a honeycomb mesh cover for the rear window – a trademark element of his style.

A full-scale model was coach-built to fine-tune the proportions and details by skilled craftsmen in Turin – just like the original car almost 50 years ago.

This concept was too important for BMW to let it fall into oblivion: “When I first heard that BMW wanted to recreate the Garmisch, I was a bit surprised”. Marcello Gandini recalls his first meeting, when Adrian van Hooydonk went in Turin to get his approval and support for the recreation: “Now I am very pleased that I could be part of this project, and happy that BMW chose to recall this enjoyable past. Having seen the final car, it is hard for me to distinguish it from the original.” 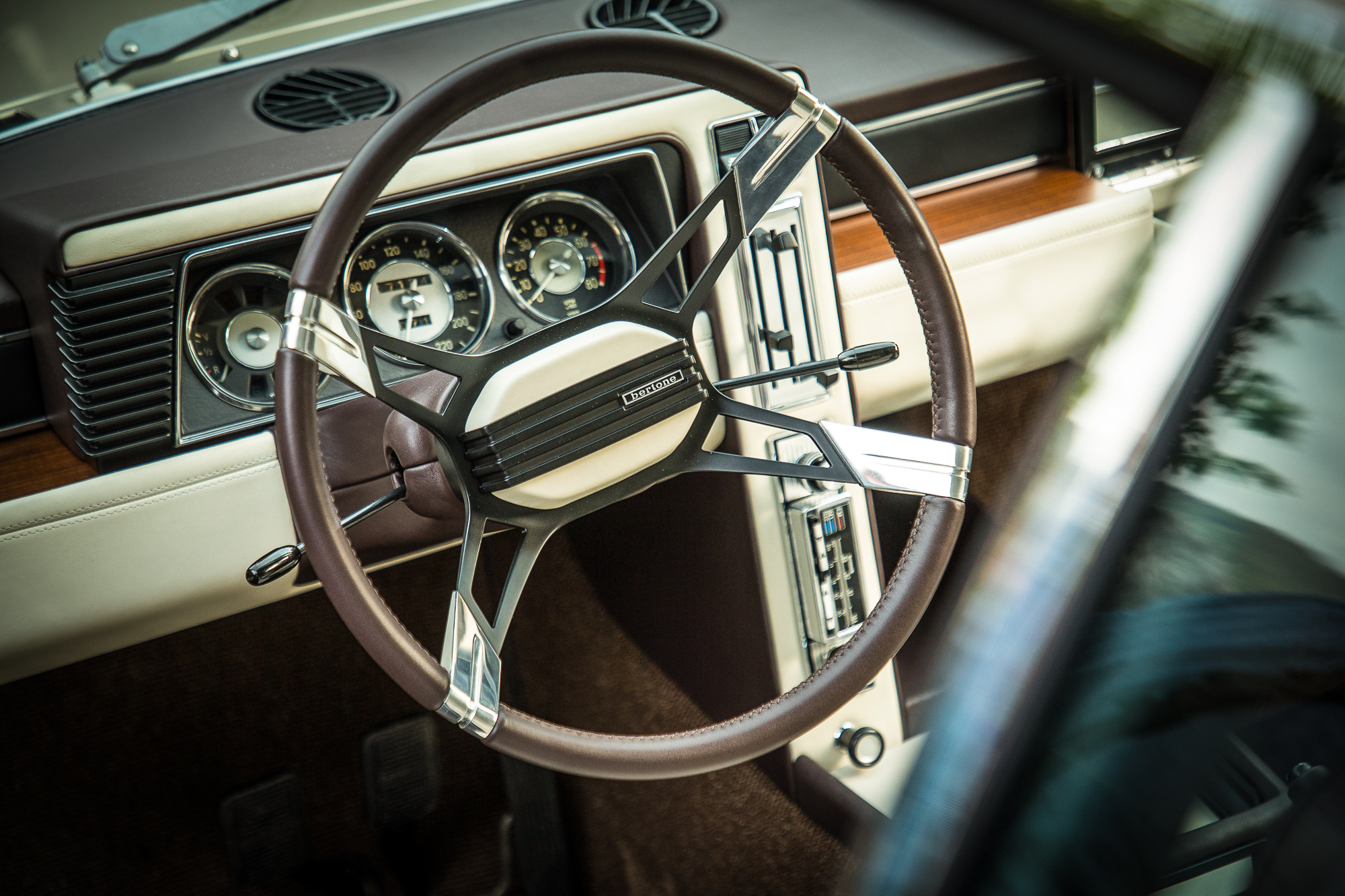 Gandini himself contributed to the process by adding the missing pieces of the puzzle from memory and allowing the design team to refabricate key details like the exterior colour – a light champagne metallic, in line with Italian fashion trends of the time – and the interior materials and trim. While BMW Group Design and BMW Classic departments re-created the model in 3D, a full-scale model was coach-built to fine-tune the proportions and details by skilled craftsmen in Turin – just like the original car almost 50 years ago. 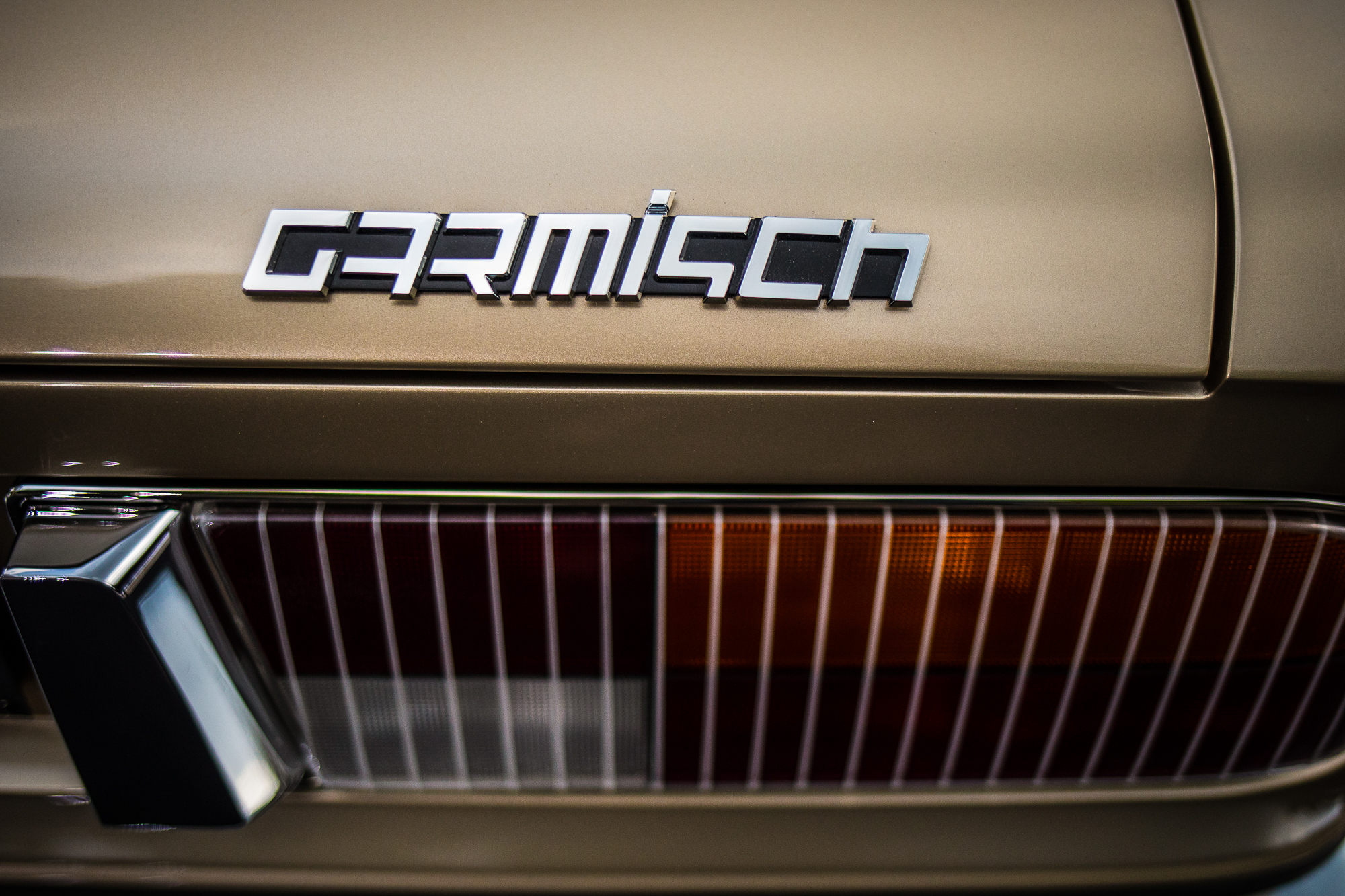 «The name was also carefully chosen to lure both the trend-setting members of the Italian hautevolée and the Bavarian managers attending the Geneva show.»

Every detail received an incredible attention, even for the interior: on the center console, the designer placed a rather unusual vertical radio, while the passenger found a lavish oversized mirror when opening the glovebox. In addition to these little surprises, the design team chose a flamboyant mix of 1970s cream colours and en vogue materials, adding an elegant Piedmontese twist to the rather functional interior-design norms of the time. The name was also carefully chosen to lure both the trend-setting members of the Italian hautevolée and the Bavarian managers attending the Geneva show. “We picked the name Garmisch because skiing was very popular in Italy at that time”, Marcello Gandini recalls.

With his very clear and very clean style and few design elements, the BMW Garmisch is an archetype of the radical new style that was pioneered by Italian studios including Bertone in the late 1960s and early 1970s, an important reference point for contemporary car designers to this day.

Cover photo and photos in the text by BMW Italia

Autobianchi Bianchina, the actress that got the wrong part

On 16 September 1957 a new car made its debut at the Science Museum in Milan: it was the citycar Autobianchi Bianchina, launched just two months after the Fiat 500 from which it derived its engine, but it had a completely different style. Noble origins, a well-heeled life and a movie that made it indestructible, […]