1977, Hansa Studios, Berlin. Brian Eno is in a recording studio. He is listening to something totally new: a woman’s voice with a synth base. He is amazed. He says to David Bowie:

“I’ve just heard the sound of the future.”

The song he was listening to ― ‘I Feel Love’ ― was composed by an Italian man born and raised under the Dolomites: Giorgio Moroder, the father of disco-music.

‘Take my breath away’ by Berlin? He wrote it. ‘Call me’ by Blondie? He wrote that as well. ‘What A Feeling’ by Irene Cara? That, too.

As composer and producer, Moroder worked through thirty years of music, from his first experiments in the 1960s to the opening ceremony of the Olympics, winning three Academy Awards, four Grammys and four Golden Globes.

His most famous biography is in music, too: it’s a chat that he had in Paris with Daft Punk, that was then remixed in a nine minute track of their album, RAM:

“I knew that it could be a sound of the future. But I didn’t realize how much impact it would have. My name is Giovanni Giorgio, but everybody calls me Giorgio.”

He quit school in Ortisei (Bozen) to pursue his dream of being a musician: he arrived in Berlin, then Munich.

The magic wand he used to create that futuristic sound is a Moog synthesizer, that was insanely big at the time. It changed music forever: a new rhythm filled clubs, dragging people to the dancefloor.

It was disco music, that also defined a decade in style. These are the years of strobo lights shining, of bold low-cut necklines, of sequins. 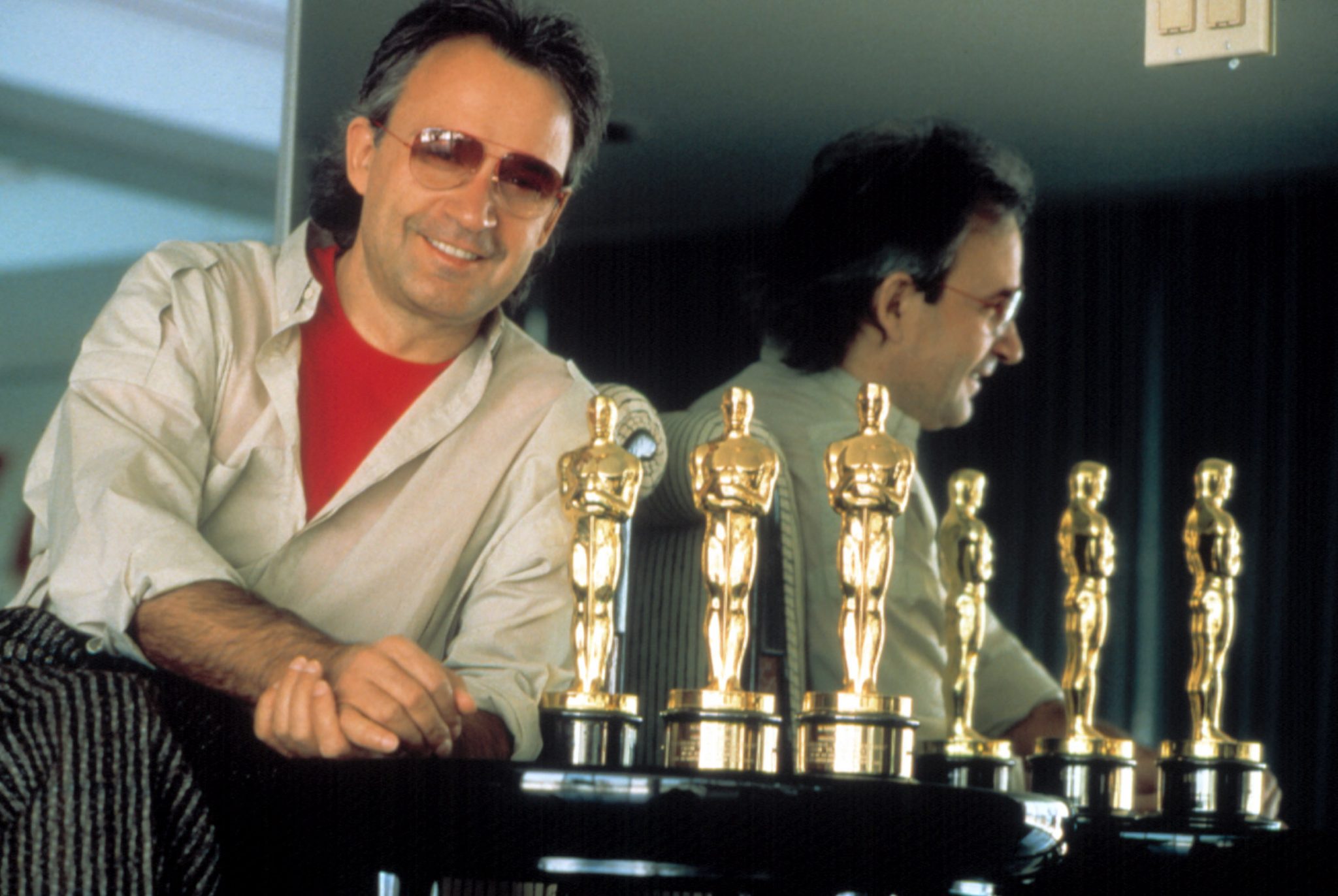 The Seventies were much more than just wedges and flare jeans: in clubs, people used to wear slim, colourful suits, long hair and tons of jewels.

Men were wrapped in very tight pants and open shirts. Moroder is no exception: he was often photographed wearing total white suits, suede jackets and iridescent shirts, mostly unbuttoned. His signature look ― now and then ― is aviator sunglasses with mirrors and a handlebar moustache. A very 70’s look, that he made iconic.

In the 70’s a new wave of sensuality raised, people felt free to express themselves far beyond gender stereotypes.

”Disco was much more than a musical genre, it was a big change in costumes and style: people dressed in a certain way, the gay movement was no longer hidden, in fact ― he said during an interview published in Repubblica ― I think that, with songs like ‘Love to Love You Baby’ and ‘I Feel Love’, they felt free at last.”

In those years, the sexual revolution reached its peak. Those were also the years of the “black-pride” statement: fashion was rubbed off with perms and bold prints, from psychedelic to animalier.

Nobody could express that reckless hedonism better than Donna Summer. Giorgio and Donna met in 1974, and it changed their lives: he launched her career, and she sang hits like “Love To Love You” for him. In the same interview, Moroder himself told the song’s story:

”I told her: ‘I want to do something very sexy, I have a title in mind.’ We went to the recording studio where Donna was supposed to simulate an orgasm. She didn’t felt like doing it, so I asked everyone out, including her husband. And she did it.”

The rest is in the history of music. Moroder, who doesn’t feel like dancing, sneaks into clubs every now and then to check how his songs work on the dancefloor, if they can send the right vibes. 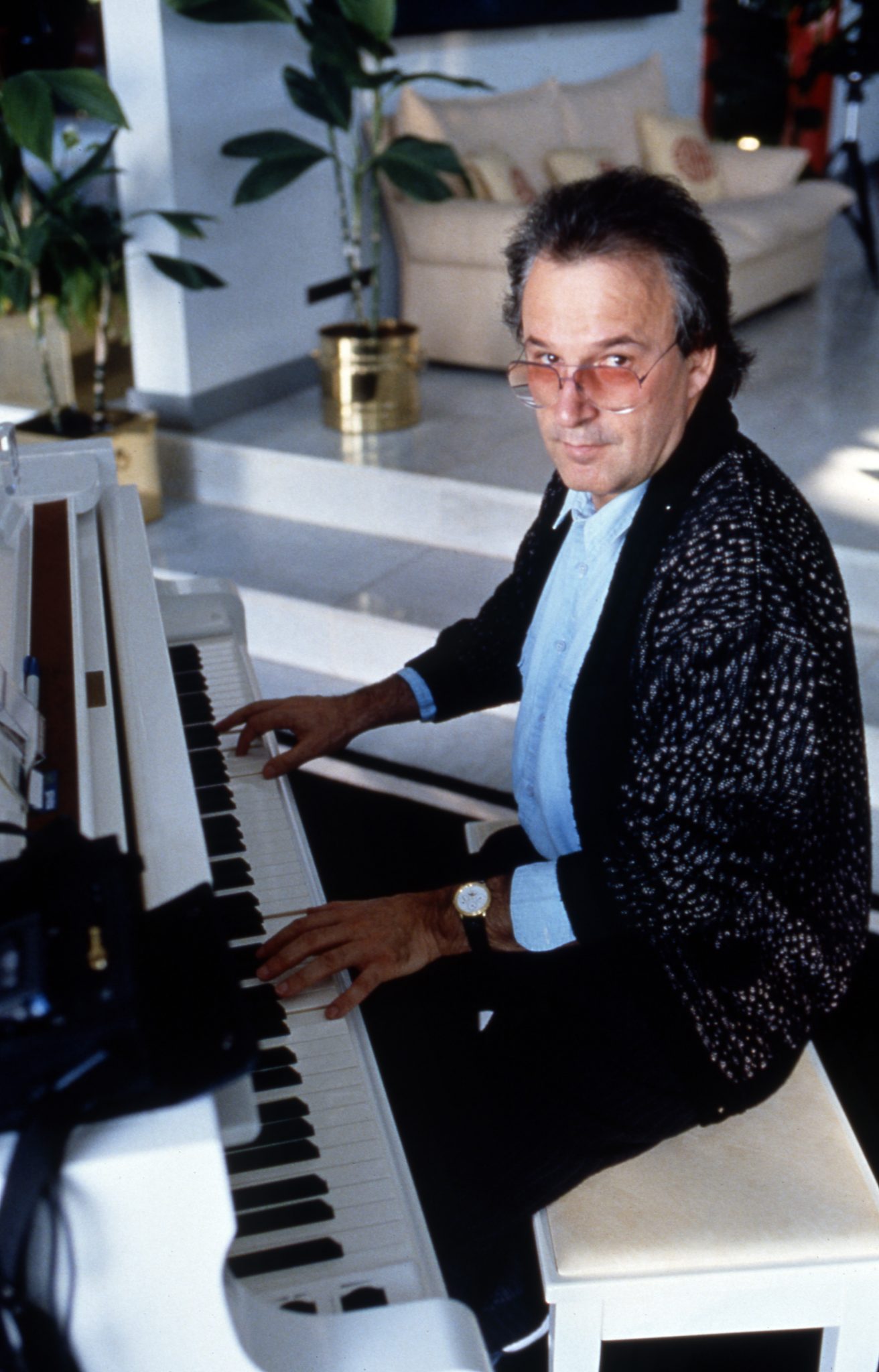 Only once did he step into the wild parties of New York’s Studio 54. In the Eighties he composed the tracksounds of legendary movies: Top Gun, Flashdance, Scarface, The NeverEnding Story and American Gigolò.

‘Cat People’ and ‘Love Kills’ were his presents for David Bowie and Freddie Mercury respectively. His sound is unique, everything he touches becomes gold in his consolle. Even the themes for the Olympics games.

In 2015 he hit the charts again with Deja-Vu, a stellar album featuring: Britney Spears, Kylie Minogue, but also Sia and Charlie XCX at their debut.

A couple of years later, he is president of the Quality Jury of Sanremo’s music Festival: it’s 2017, the year that Francesco Gabbani won.

Now 79, he doesn’t look like he wants to slow down: in fact, he is on a European tour called A Celebration of the 80’s, which refers to a decade of music hits, not only his own. His moustache may have grown old, but his spirit definitely hasn’t.

Opening photo by Sebastian Kim/August/Contrasto, and in-text photo by Camera Press/ERMA/Contrasto and by Courtesy Everett Collection/Contrasto