I had a chat with Fabio Attanasio, a kid in his early thirties who knows the world of tailoring as if he was born in the Fifties. He calls himself an artisanologist and he is the founder of the blog The Bespoke Dudes. 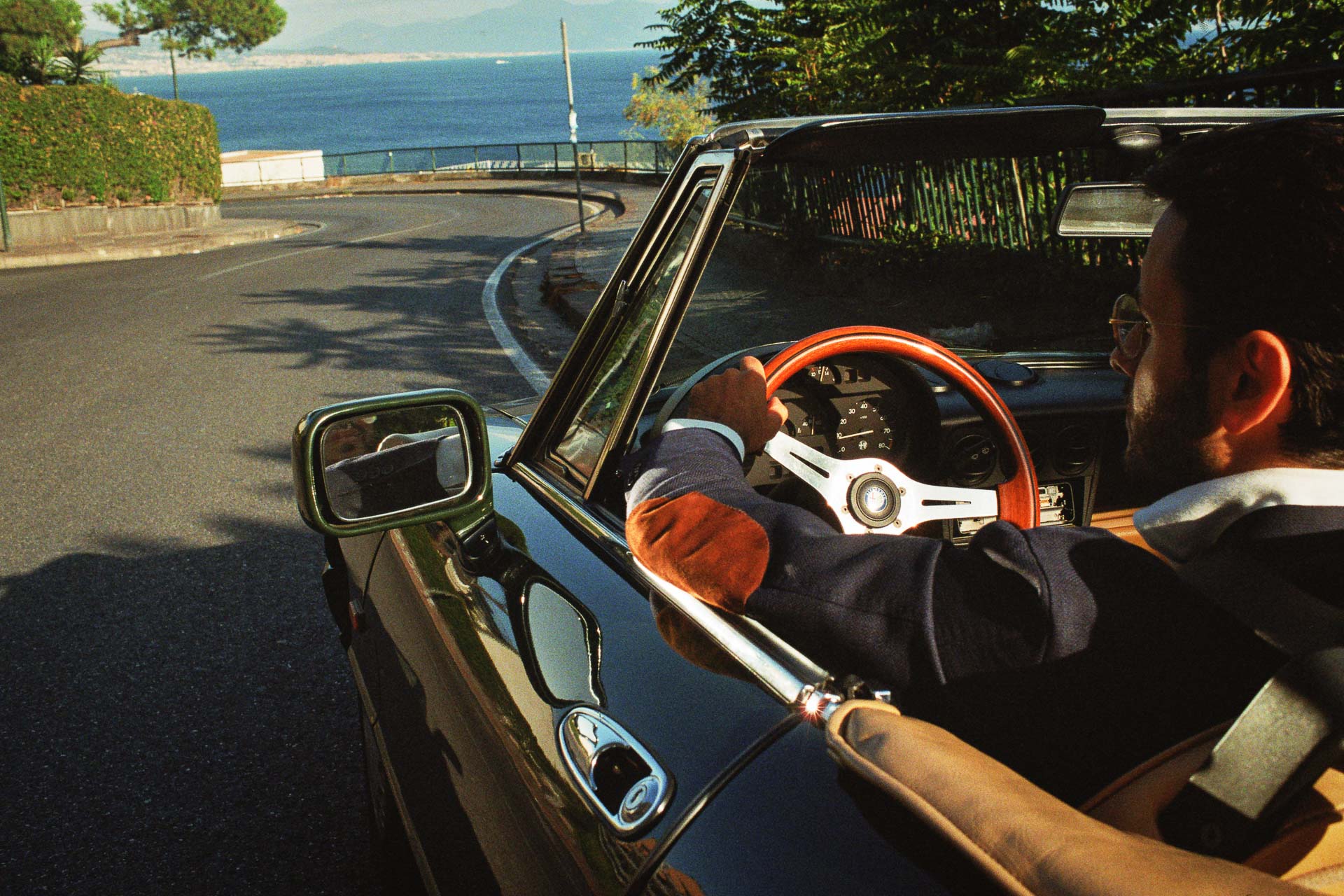 When I met him he wore a pearl gray suit, and I admit I struggled to separate it from his affable ways: it was a fresh woolen Huddersfield suit, he told me.
I start with my biggest question.

How is a youngster’s passion for tailoring born?

«When I was just 12 or a few years older, I saw my father go to work in an elegant, impeccable suit every morning. So I began to follow his example, mimicking the combinations: on the chair I prepared clothes for the following day. I went to school, of course, so I combined pants and sweatshirts, but I paid a lot of attention to the colors.» 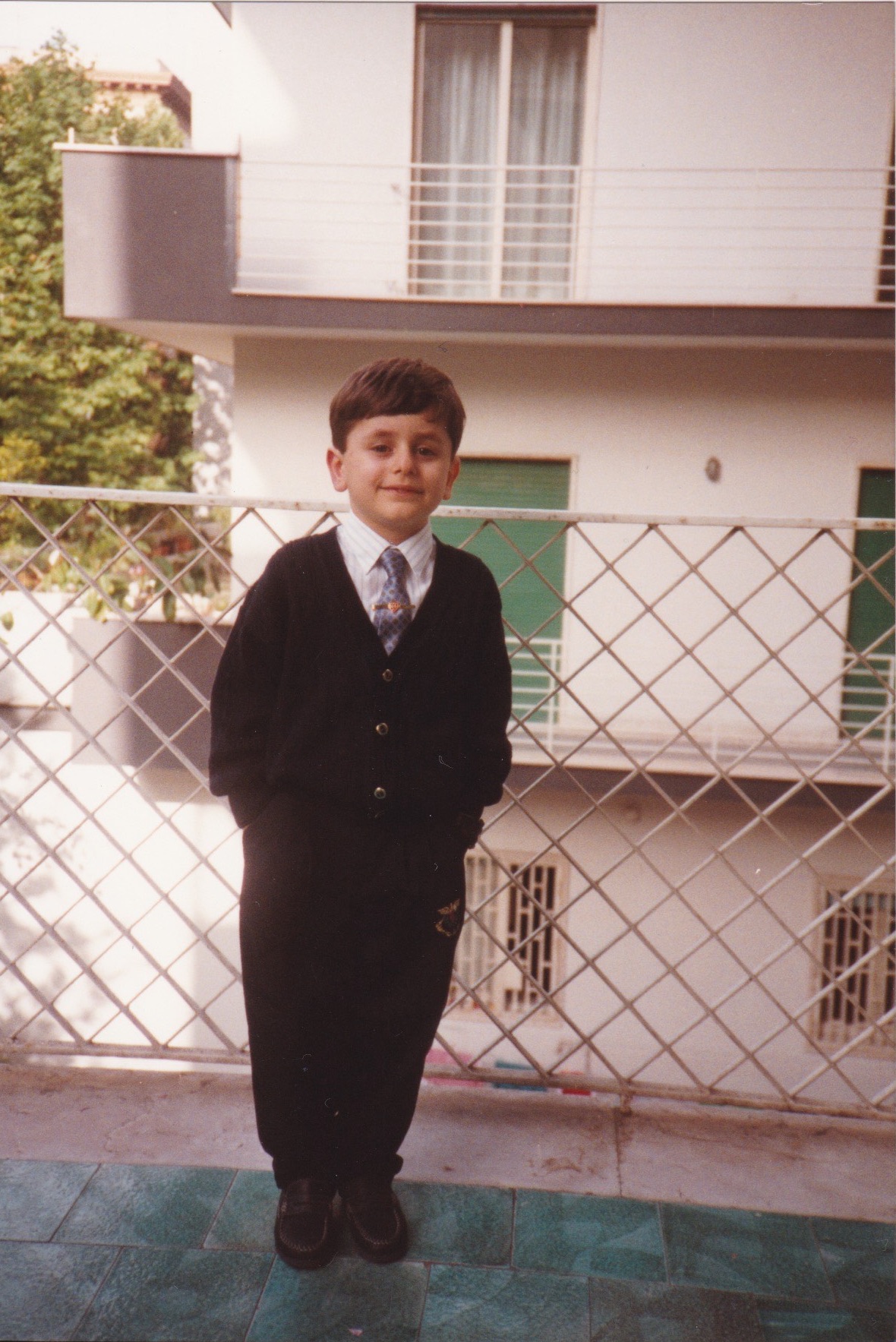 Following in his father’s footsteps, he studied law, but felt the pull towards the aesthetics of male style, falling for the charm of the past. After graduation, he sought out small and large tailors, spending the afternoons in the corners, watching the artisans at work, listening to the beating of sewing machines, learning the language of the “masters”, touching the fabrics first hand. And he wanted to tell others what he had seen and heard.

Fabric fascinates him, he tells me. He is attracted to how a weave of threads is transformed from two to three dimensions. From remnant to jacket.

He worked for an incredible number of tailors, «inheritors of principles of classical elegance», from the smallest and most secluded in his hometown, Naples, to the more famous ones in London, Florence, Paris and Milan: over 150 in 7 years.

He dove into this world. Carefully observing the rules of tradition – of Made in Italy primarily, but not exclusively – breathes life into them in the present. He toured Italy, Europe and the world, constantly broadening his horizons. He made me notice that jackets, for example, lighten in terms of structure and material as you move from northern countries southward.

I gaze at the coral red cabochon that sticks out of the buttonhole of his jacket; he notices and he pulls the other end of the chain out of his pocket, smiling: there is a small red cornetto. This is also Naples.

The question naturally comes to me: to where in Naples would you return a hundred times?

Fabio touches the thin golden rim of his glasses and grimaces, halfway between laughter and nostalgia; then he says: «Rivafiorita, a small fishing village you can easily reach from Posillipo. It is the gold standard for food miles…».

He smiles and puts more rhythm into his accent, which had been left in the background so far. In his stories there is the sun that slips between the steps of the atrium of the Palazzo dello Spagnuolo, in the Sanità district: “one of its two architects was called Francesco Attanasio” he tells me, “but I don’t think he is my ancestor”, he hastens to add laughing. There are glimpses of half-open windows of Baroque palaces and the “colorful” noise of soccer matches played between statues of saints and Maradona, in the Spanish quarters.There is the aristocratic and the popular Naples, a unique face that emerges from a clear contrast, and there is also Naples told on tiptoe by an extremely elegant Luciano De Crescenzo in the film Thus spoke Bellavista, his favorite.

I think of the contrasts, which are not new to Fabio, as the name of the blog reveals: Bespoke, a “tailored” word, with all its echo of refinement, and Dude, an expression which, in the most widespread sense, is an easy and hyper-colloquial term to call someone (the dictionary entry says it also means “sophisticated in clothing”). The silence in a tailor’s workshop and the rhythm of the street, two worlds that Fabio has always observed closely at the same time.

How do you choose what to wear every morning?

He answers with certainty, I don’t think he’s new to this question. «I quickly think about my schedule and then decide how to feel better in what I always wear with respect to the people and circumstances I will face. Getting dressed – he confesses – is almost a ritual to me, a series of small actions that give me pleasure».

He looks to classic attires, he learns, he plays with contrasts – here they are again! – and the result is a very personal style; “tailored”, in fact, like the jacket he wears today, with the perfect fit and balanced sleeves. “I am so careful with pants that I would call it a quirk,” he tells me. After all, the sartorial challenge is here: to make the crooked straight. Then there are imperfections in suits, some “crooked” stitching passages, those little marks left by the hand that held the needle and thread, but “that’s where the beauty of it is”. The most important thing, he adds, is to recognize that elegance lies in feeling comfortable in clothes. 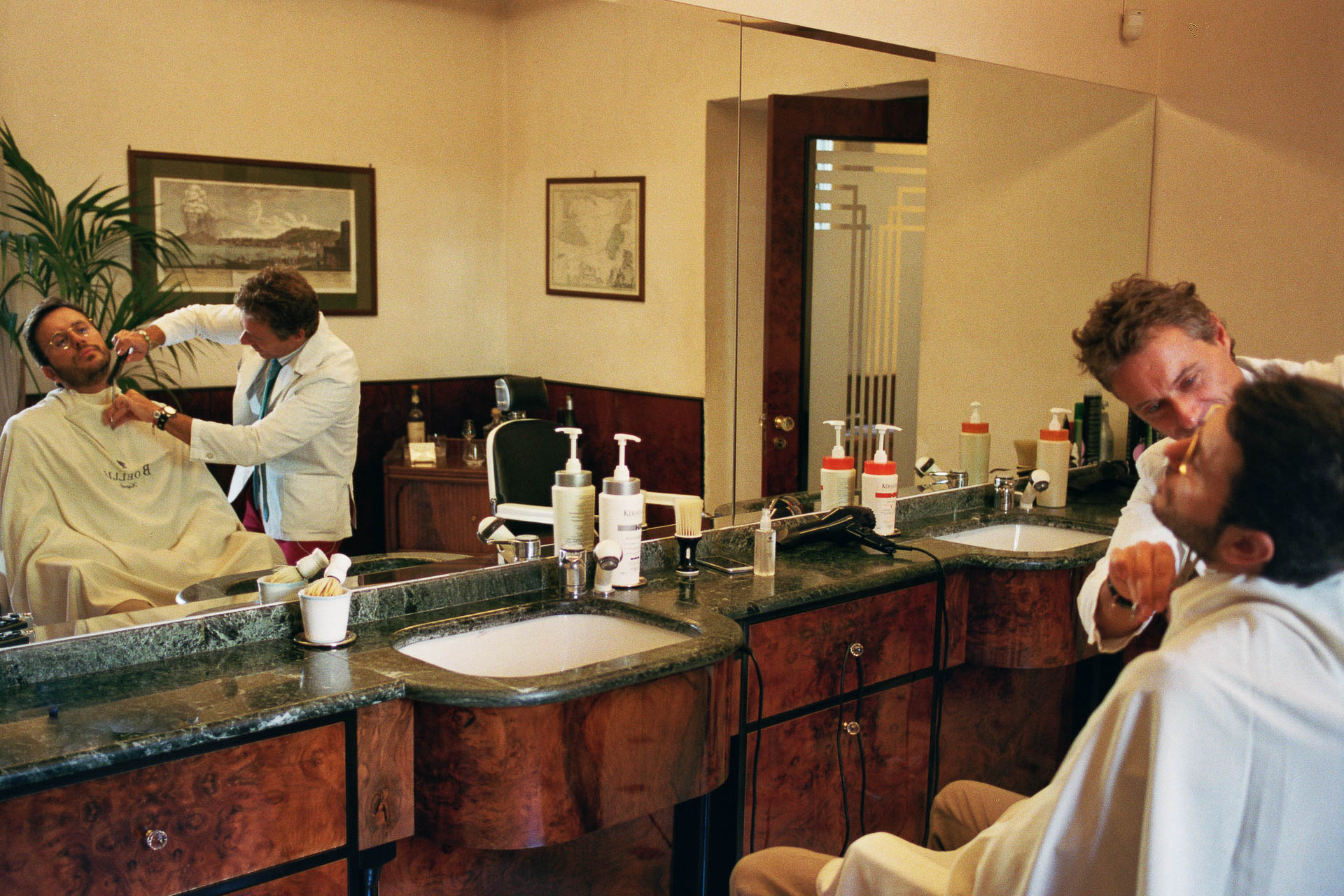 One last question: in what age would you have wanted to live?

«Without a doubt between the 1950s and 1960s, the years in which beauty was expressed at the highest levels in every sector, in tailoring as in watchmaking; the years of the legendary Mercedes 300 sl “Gullwing”… ».

I can actually clearly imagine him in those years aboard a “Gullwing” on the serpentine Amalfi coast while singing “Keep on movin ‘, questa storia finirà…“, a song by Pino Daniele which happens to be Fabio’s favorite.

Pictures where Fabio was a kid are gently given by Fabio, the others are by our Ludovico Bertè.

1980.At the dawn of the new decade all screens in the world project American Gigolo, a movie by Paul Schrader destined to become a true cult thanks to the invaluable contribution of what can define an era more than anything else in terms of popular culture: clothing. «There you were beautiful The promise of love […]

Two years after the Sky TV series 1992 first premiered ― a series loosely-based on reality, set during Italy at the time of Tangentopoli, and based on an idea by Stefano Accorsi ― the series continued with its sequel, ‘1993’, set in The Year of Terror after the Revolution (and before the Restoration, which we […]

The days of Mediterraneo style

In June 1941, a handful of Italian soldiers ― stragglers caught here and there, recalled from the various fronts of the Second World War ― were sent on an OC Mission (Observation and Connection) on the island of Megisti, a crumb of rock between the wavy folds of the Aegean. This is the beginning of […]