Smelling a cup of coffee before tasting it, perceiving its irresistible aroma. Enjoy the moment for at least five minutes. Or even ten. There’s a lot of Italy (and the Mediterranean) in this. If you think about it, it’s funny how exotic the term “moka” sounds, even though it’s very Italian and very much associated with our country – it’s no coincidence that in Spain it’s also known as “italiana” or “napolitana” (“Neapolitan”), whereas in Portugal and Brazil it is known as “cafeteira italiana”. And yet, the origin of the name comes from the Yemeni city of Mocha, renowned for its production of fine Arabian coffee for centuries.

It is equally curious that “cuccumella”, the historic Neapolitan coffee maker in fashion in the early 20th century, was actually invented by the Frenchman Morize in 1819, before spreading to Italy and to Naples specifically, in a ritual procedure like Sofia Loren’s in the movie of 1967, based on the Italian comedy “Questi Fantasmi” (These ghosts).

Preparing coffee is to all intents and purposes an Italian socio-cultural business.

Who knows if, in the 1930’s, Alfonso Bialetti could ever have expected to associate this exotic name with such a persistent symbol of Italian-ness, which would have been produced in the hundreds of millions and present in every Italian household.

It’s kind of the Iphone of coffee.

Upon returning to his hometown Omegna (in Piedmont) after years spent working in an aluminium factory in France, Bialetti created the moka pot in 1933. Much like Newton’s gravity stemmed from an apple falling from a tree, there is a banal moment of everyday life and an anecdote that has become legend at the origin of the moka pot: Bialetti observed the washerwomen of his village doing their laundry with their “lisciveuses”, containers equipped with a hollow tube whose upper end was pierced: water in the container with the laundry and the detergent (the lye) boiled its way up the tube and then fell onto the laundry and spread the detergent on the clothes. 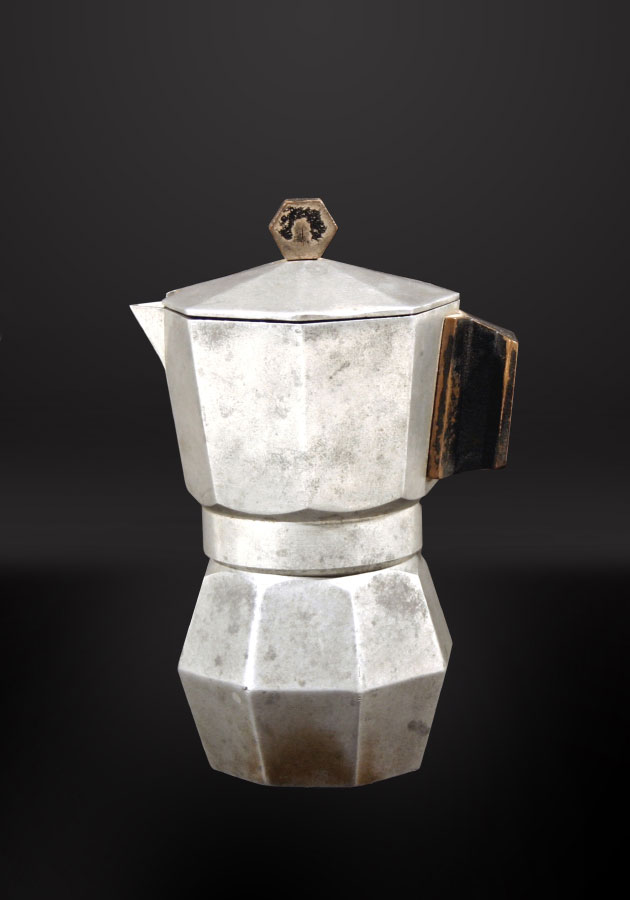 All Bialetti had to do was adapt this mechanism to coffee: thus came the Moka Express prototype. It must be said that Bialetti was also incredibly lucky (or intuitive) in fitting in with the esprit du temps: shiny aluminum was a material dearly cherished by Fascism and by Futurists, so strong and resistant as to be used to build airplanes, but also with a precious silvery colour.

«A precious drink, a friend to men of letters, scientists and poets… because it shakes the nerves and makes ideas clearer, it makes the imagination more vivid and thoughts faster» Chef Pellegrino Artusi

Bialetti’s idea was simple and democratic: making coffee without a coffee machine and bringing it into everyone’s home. The concepts at the base of his invention were just as simple and as animated by good intentions: practicality, cost reduction, saving space.

Before the Moka Express, coffee had had a varied history. First of all, what was drunk in previous centuries was much stronger and far more bitter: it is no coincidence that one of the main forerunners of the moka pot was the Turkish Ibriq, the copper kettle still used today to prepare the very strong “Arabian coffee” or “Turkish coffee”, that “boiling black water that has the virtue of keeping men awake” – as the diplomat Gian Francesco Morosini described it in 1585 when he tasted it in Turkey. Turkish coffee was not filtered and was boiled over and over again, releasing much more caffeine.

In 1806 the physicist Benjamin Thomson invented the filter coffee maker, an infusion machine used to prepare “American-style coffee”, which unsurprisingly became particularly popular in Germany and the United States. 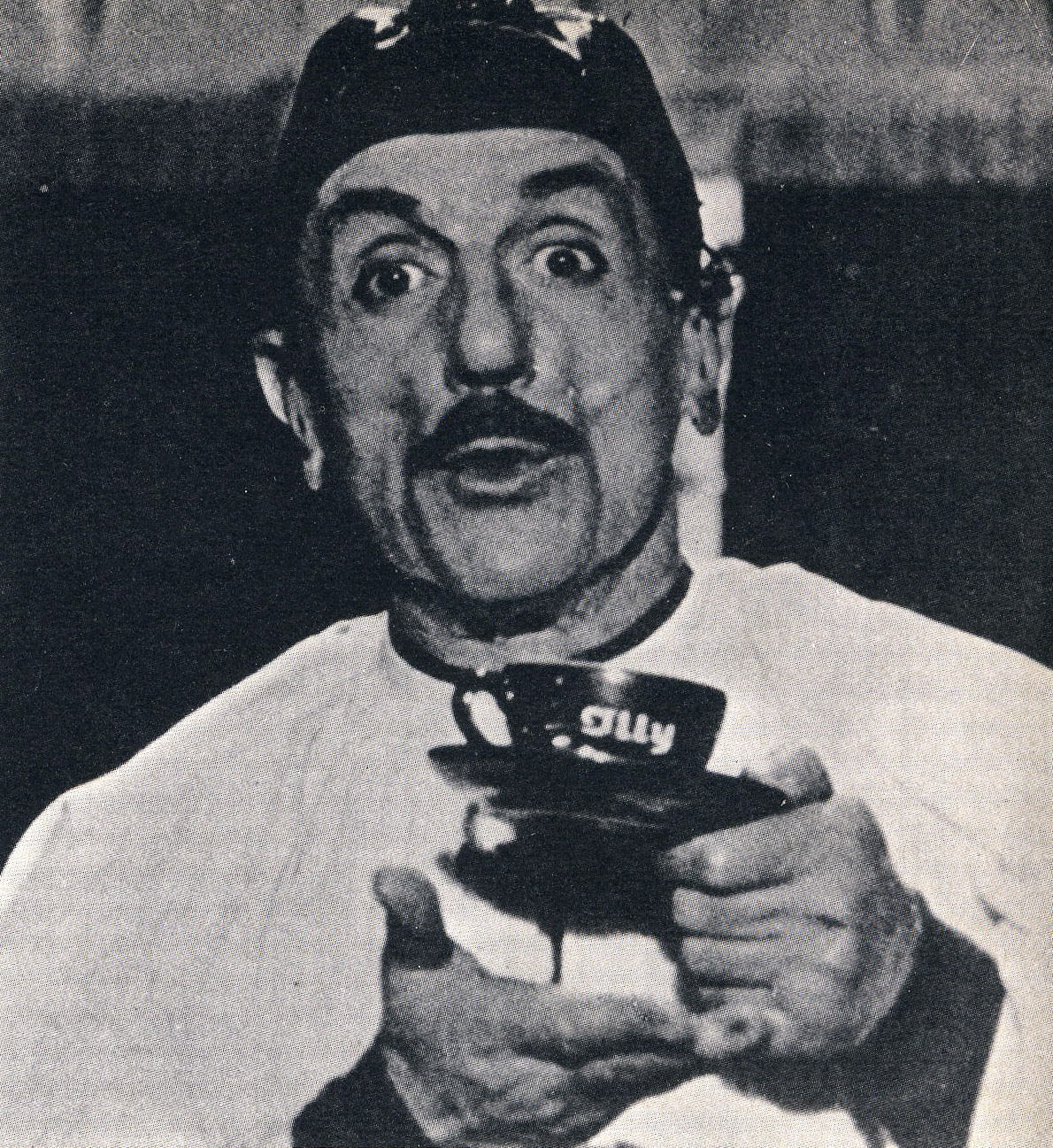 Whichever system was used, preparing coffee took time until the early 1900s. The revolution was the invention of the espresso coffee machine for bars – invented by the Turinese Angelo Moribondo in 1884 for his bars and patented by the Milanese Luigi Bezzera in 1901. As we were saying, before the moka pot and the “bar machine” the queen of coffee makers was the “cuccumella”, whose name comes from cuccuma, a copper or metal vase (the materials with which the Neapolitan coffee machine was originally made before moving on to the more modern aluminium).

«The hardest thing is guessing the right cooking point, the monk-cape color»

Before the industrial-scale production of the Moka Express kickstarted by Bialetti’s son after WWII and supported by a massive advertising campaign (among which there were legendary carousels of little Bialetti caricatures), the great Eduardo De Filippo (a Neapolitan playwright) had time to consecrate the cuccumella by giving it center stage in one of the most famous monologues of Italian theatre (always here “Questi fantasmi”/”These ghosts”).

Playing Pasquale Lojacono, De Filippo talks to his invisible scene partner – o’ prufessor’ (“the professor”) – about how to prepare an excellent Neapolitan coffee, succeeding in mentioning in a few minutes the most typical steps of the procedure, from grinding to roasting.

And, above all, about the ultimate essence of a ritual: “See how little it takes to make a man happy?”

For pics, thanks to Bialetti, from its website, and to ARCHIVIO/A3/CONTRASTO

Let me take you for a ride on a Vespa

“Give me a Vespa, the summer is moving along, give me a Vespa and I can take you on a holiday” sang Cesare Cremonini, former lead singer of Lùnapop band. It was 1999, and the group with this spirited and lighthearted ode to Italian excellence shifted pop culture’s focus onto the most original way to […]