From yesterday’s dance hall to its “remains”

I’ve never been a disco type, but I’ve never really understood why. Let me explain: I really like dancing, but I never liked staying in line for hours at a club entrance; I love the music and the sense of freedom it can convey, but I don’t like feeling constrained to a specific outfit.

The answer to these contradictions came a few years ago, when I attended an evening party at a dance hall and had a great time. I will never forget the sense of freedom I breathed: at the dance hall you can really be whoever you want (yes, even yourself), but above all you can dance as you want, because you need only have fun.

It may be due to its popular origin (dance halls were born in Northern Italy as dance clubs, generally in suburbs or in the countryside) or to the music people danced to, from tango to ballroom dancing – I fell in love with this format. And apparently I’m not the only one. I found out that in this last decade a real rebirth has taken place, even though the golden age of dance halls was in the 40s and 50s, because already in the 60s young people started to prefer discos.

A contemporary dance hall, in a revisited (but not distorted) form. There are many reasons for this return to popularity: the light, fin atmosphere that reigns, together with a form of authentic social interactions, linked to popular tradition. For all these reasons, we decided with A Million Steps’s editorial staff to interview Francesca Lonardelli, founder of Avanzi di Balera, a new contemporary dance hall format.

The first time you hear Avanzi di Balera you can only smile: the name itself is a pun as ironic as it is immediate (the Italian expression “avanzi di galera” literally means “remains from prison”: it refers to inveterate criminals). It conveys an image of a dance hall (“balera”), which is synonymous with fun and lightness, and not just summer. Yes, because Avanzi makes you dance all year long, without stopping, with “music that smells like mold, sweat and neon lights”, as we read on the Facebook page.

“How did the idea for ​​Avanzi come about?” I ask Francesca curiously. “It was born in 2009, with the first party to raise funds for the Buscaglione Award, under Fred Buscaglione’s sky – the Italian award dedicated to young musical talents – that was to take place in 2010. I had read Fred’s biography and I found it fascinating: he was involved with dance halls, and this won me over immediately”.

A choice which stemmed from personal taste, which is the key of numerous beautiful stories, even before they become successful.

From the 50s to the new millennium: in Buscaglione’s days dance halls housed above all mazurkas; Francesca revisited the format, making it more current. How? (and the question arises spontaneously, because this thing about music research has always fascinated me) – “I simply thought about what I would have liked to hear: 1960s music, from Adriano Celentano to Caterina Caselli, the famous urlatori (“shouters”, a group of singers popular in the late 50s and early 60s) and then Italian rock”. 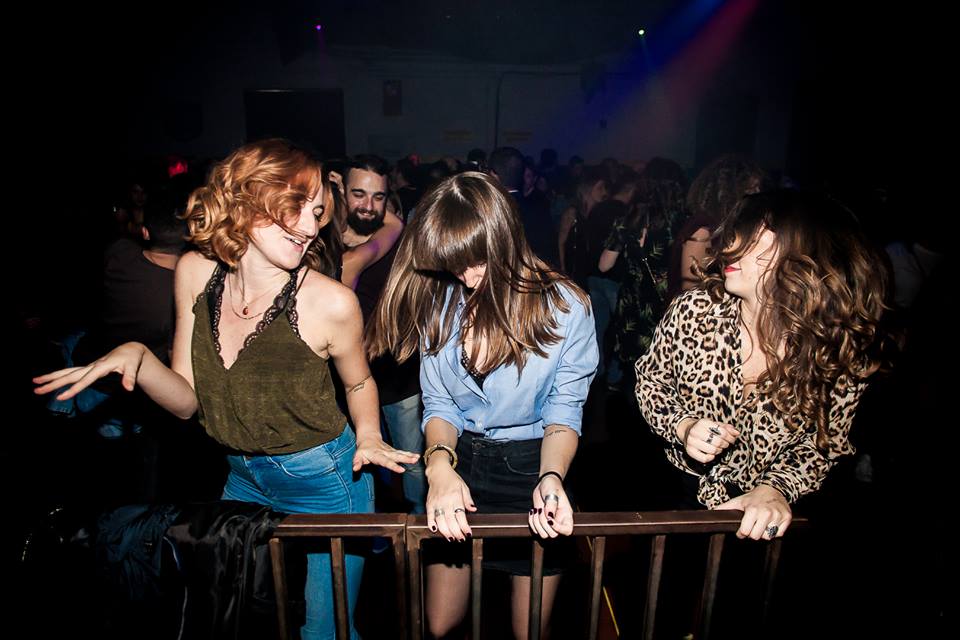 A mix that became explosive in an instant, and that has been animating evenings at Avanzi di Balera for the past 10 years. “In these years the Avanzi format has grown a lot, initially thanks to friends’ support and presence. Then, within a year, we reached 600 people, because the format liked and attracted an alternative target, not a disco. For example, Lo Stato Sociale (an Italian band) came to us in 2013”.

Let’s all just stop and take a step back. What about the name (simply brilliant)? “It was quite an endeavour” Francesca tells me, “the choice was not immediate. Then, one day, we came across an inscription on the wall, “avanzi di balera”, which was used as an expression by numerous theater and cabaret companies”. I nod, but I’m bluffing; I didn’t know that. However, I carry on, driven by my curiosity and my desire to listen.

Because at Avanzi you do not want to draw attention, you just want to have fun. And if you stay out, it sort of upsets everyone.

It’s a short step from Turin to other cities, and it takes place at the rhythm of music: Avanzi’s staff meet the guys who manage Locomotiv Club in Bologna, and they start to organize parties there, too. “Then came Milan” continues Francesca “where we are at the Serraglio, while in Turin we are both at the Off Topic and at the Hiroshima Mon Amour, as well as at the Bunker”.

And during the summer? “They call us for festivals and parties, those are really fun weeks for us. It would be necessary to choose new places with more capacity, to let more people in”. Yes, because at Avanzi you do not want to draw attention, you just want to have fun. And if you stay out, it sort of upsets everyone.

By the way: “Who stays out and who goes in? Or: what’s your target? “-“Alternative young people. Our slogan is the first party your grandmother would also like. I would say our target are people between the ages of 20 and 50, with peaks between 25 and 35. Our approach is very welcoming, inclusive”. 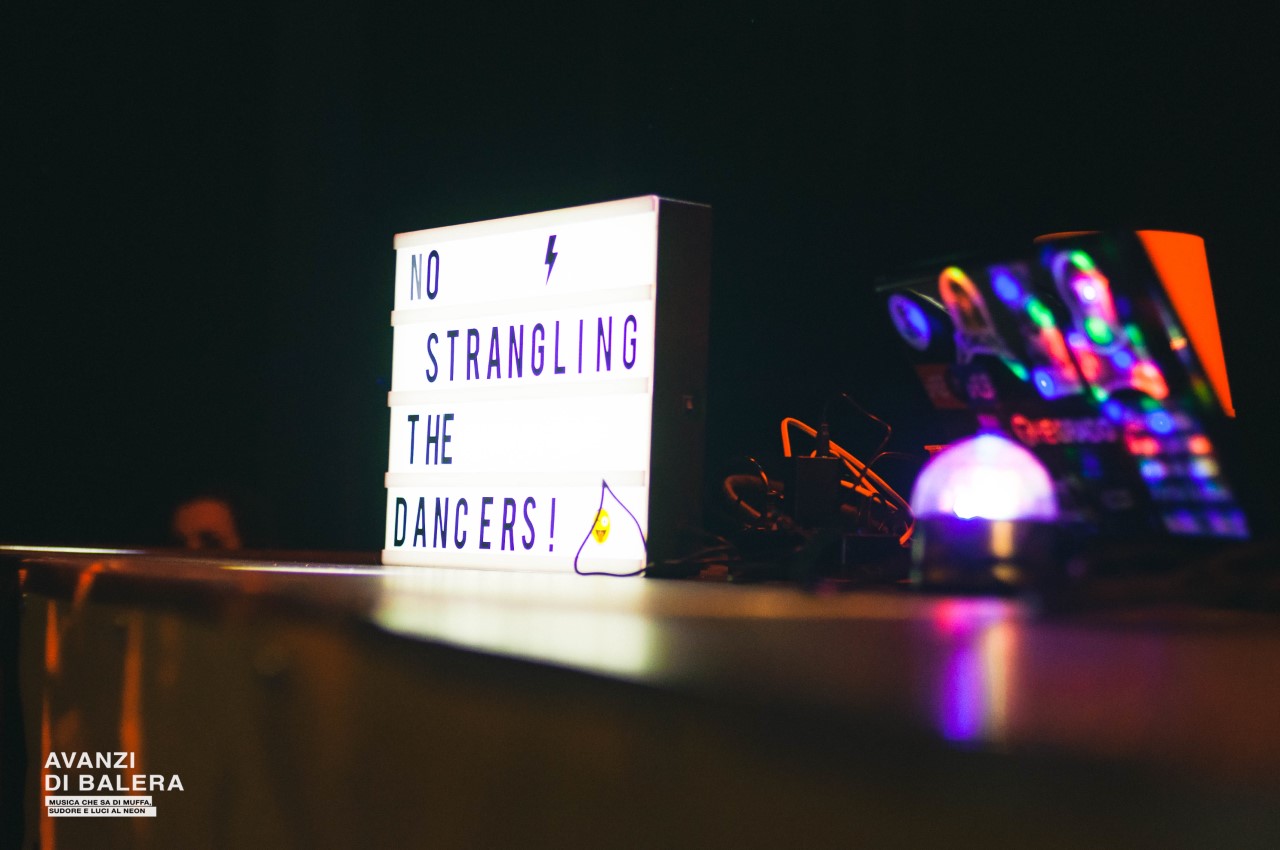 Now I think of a classic question which I don’t ask Francesca out of modesty, but I ask myself: “Do we naturally do what we like, or do we like what comes naturally to us?” While in doubt, I am happy to have discovered another beautiful story, but above all I know where to go for a party next month. Who knows if Lodo will go, too.

Thanks to their talent, their work, and their songs, some performers become part of their country’s cultural heritage. One from Italy? Domenico Modugno, who left a strong imprint on Italian culture and whose songs enjoyed such success that they reached beyond the national borders, where Italy is known especially for spaghetti, pizza, and good music. […]