D’Avino Lake: ‘Into the Wild’ the Italian way

When you are among the mountains with nothing else around you, you can finally be at peace, with absolutely no distractions. When the 9 to 5 is starting to feel like a production line and your routine becomes mundane, you might need to get away from the city, from your colleagues and especially, from your laptop. So, why not go hiking alone Into the Wild?

In Piemonte, there is one hike that you will remember for the rest of your life. It takes you straight to D’Avino Lake, a glacial body of water which is situated on Alpe Veglia. You’ll see extraordinary landscapes: during the summer the peaks are still covered with snow, the lake is thawing, and often snow covers the path, making the route unpredictable. 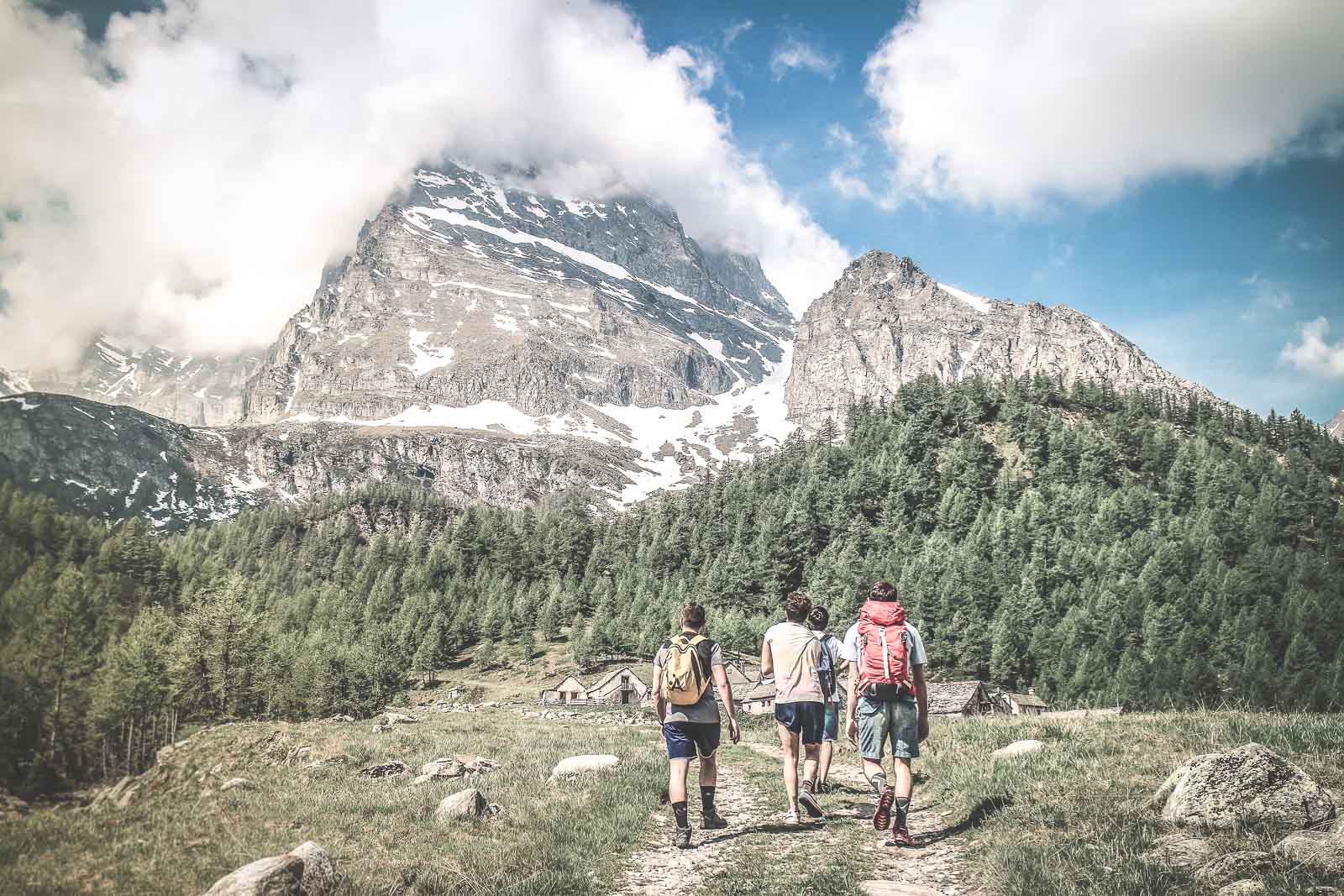 The trip begins at Ponte Campo, a bit past San Domenico di Varzo (in the Verbania province). At the beginning, the path passes by sparkling waterfalls that cascade downstream. The slope is immediately steep, but it helps to get you warmed up. At some point, you run into a small chapel, and from then onward the path continues flat for a while.

A little bit after the chapel you’ll find yourself at the southern border of the Veglia Dell, a wide mountain-plain 1750 meters high. It’s a magical place, inaccessible in winter, with the few houses around inhabited only during summer. Because of the challenging climb, you might not meet many hikers along the path.

“You need to overcome, once again, the challenging Cairasca Creek: with its sweeping views of Mount Leone, it will accompany you during the whole trip.”

Then we continue on, following the signs for D’Avino Lake, the path that goes through Cianciavero. There are tens of houses crammed together; ancient dwellings, some in ruins, built decades ago by brave mountain pioneers. The snowy peaks that guard the Lake roll off in the background.

Among the houses, there is a small drinking fountain, partially hidden. Seize the opportunity to freshen up and fill up your flask. Water at this height is extremely cold and comes directly from the glaciers.

Further on, you climb upwards along with a path that goes through dense twilight woods. A bit later you run into the Mufflers of the Giants: glacial wells made by powerful creeks that trickle into cavities in the rocks. They are called this because they were once thought to be used by giants to heat their food. 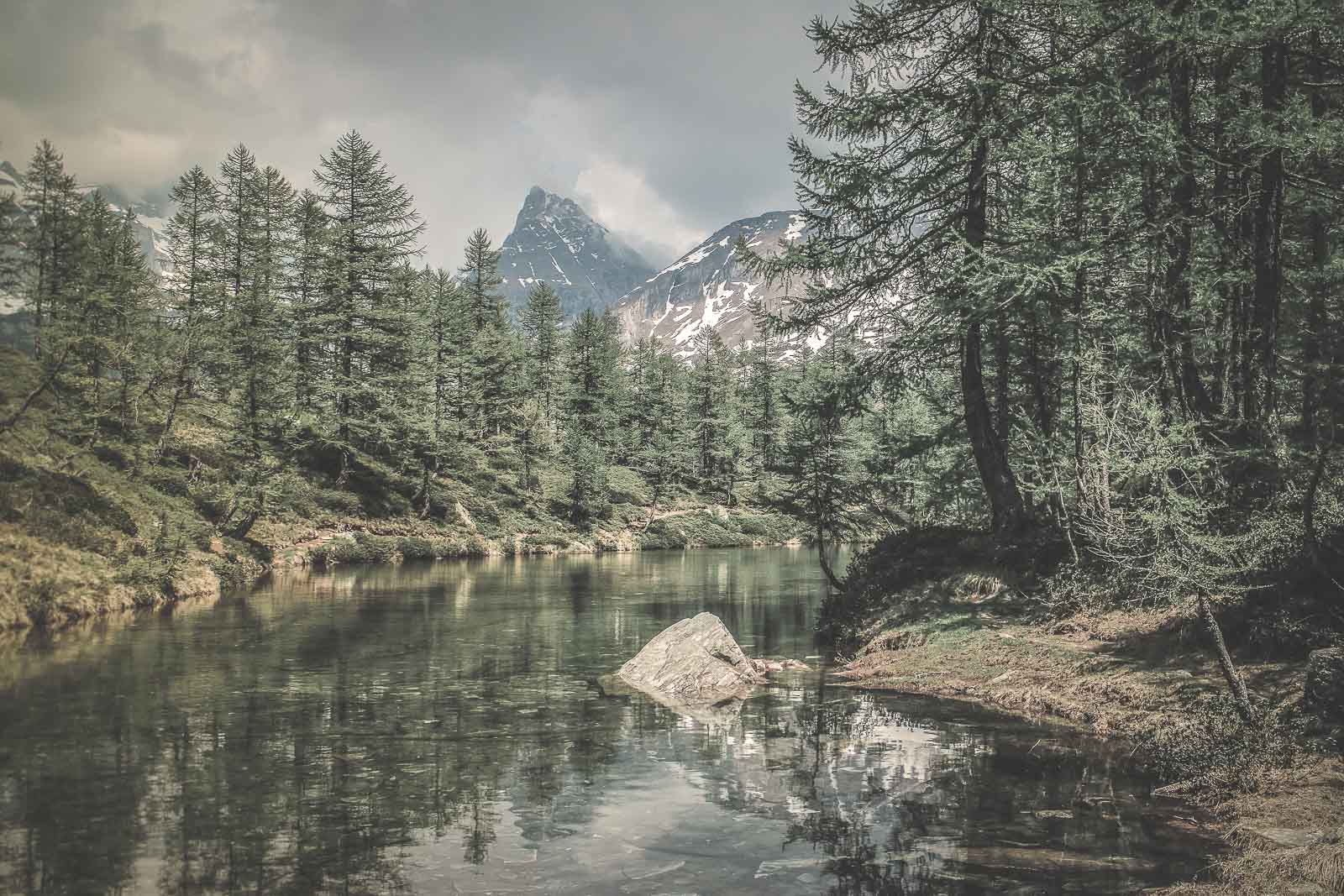 You can stare at the wells for a long time: it’s hard to believe that they are truly deep as the guidelines say. From farther away it’s difficult to perceive their real depth; it’s like standing in front of a pond. But once you get closer, you can see that the wells are actually incredibly deep.

You continue past the Mufflers and you meet a crossroads. One of the two paths brings you directly under the lake’s dam, and the other one takes you to high ground where you can see the lake from a panoramic view. Taking the second path, the route immediately becomes very challenging.

“Then the path turns to the left and starts to climb through the vegetation. The climb itself is extremely trying.”

Snow is almost everywhere, and soon it conceals the path from sight. It is necessary to climb through the shrubs, being careful not to slip on the melting snow. It is possible to see the end of the climb, about one hundred meters higher. Before facing this last challenge, it would be wise to take a big breath, have a bite of a chocolate bar, and take some pictures. 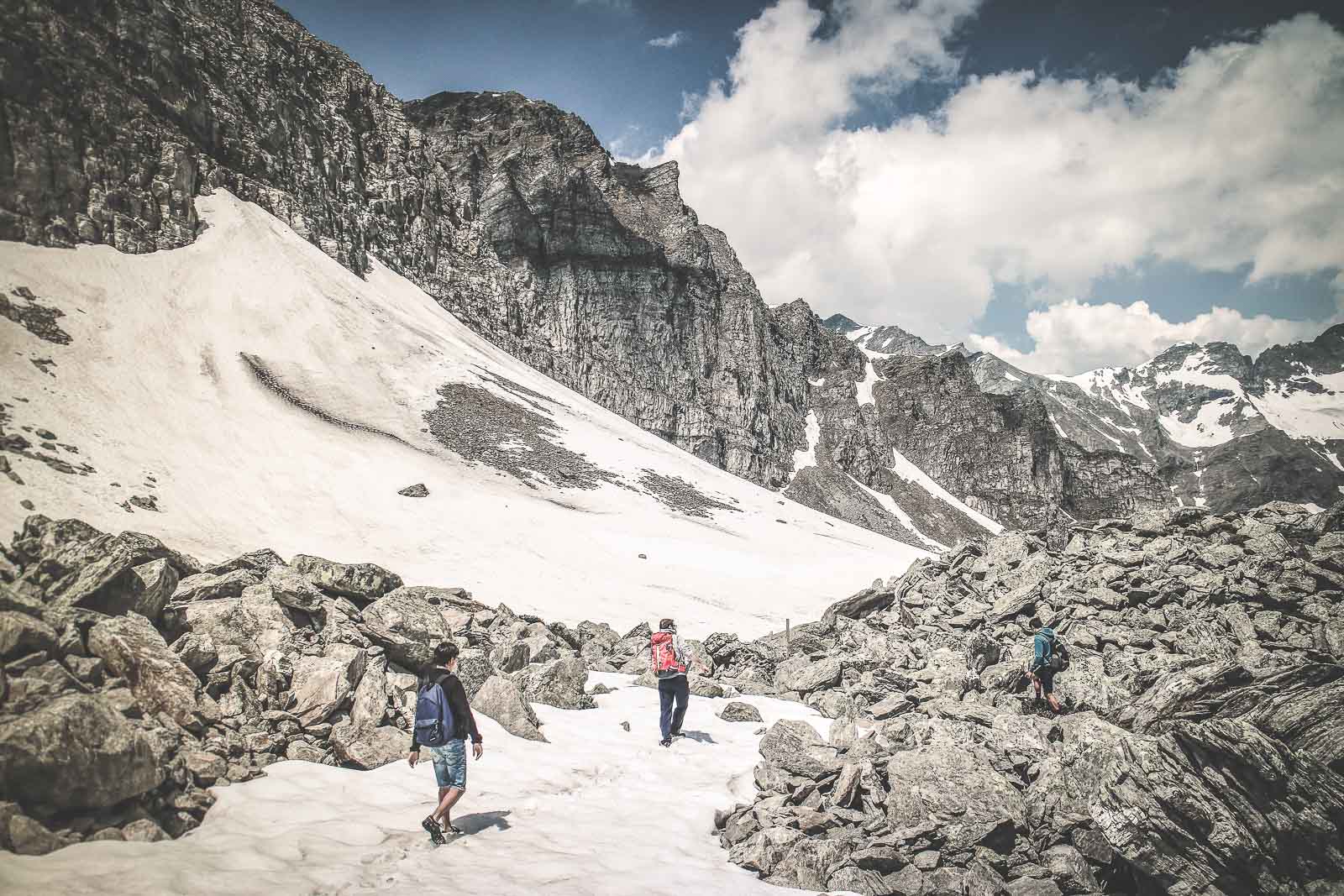 When you’re past the last step, you’ll find yourself in the dell that guards the lake. The summit of Mount Leone, covered with snow, is right in front of you. The grandeur of the mountain is all there, up close and personal. You can see everything, in such detail that it is difficult to wrap your mind around it; the peaks that get lost in the horizon coming into focus.

“D’Avino Lake is not immediately visible.
But there is the dell: now it doesn’t take much to imagine the rest.”

The view of D’Avino Lake is the hike’s highest point, both literally and emotionally. You can sit on a rock, open your backpack, and eat a sandwich. If the weather is good, it’ll be hot, despite the altitude. Summer is the perfect moment to enjoy the lake all by yourself and in silence. There isn’t a high likelihood of meeting other hikers. 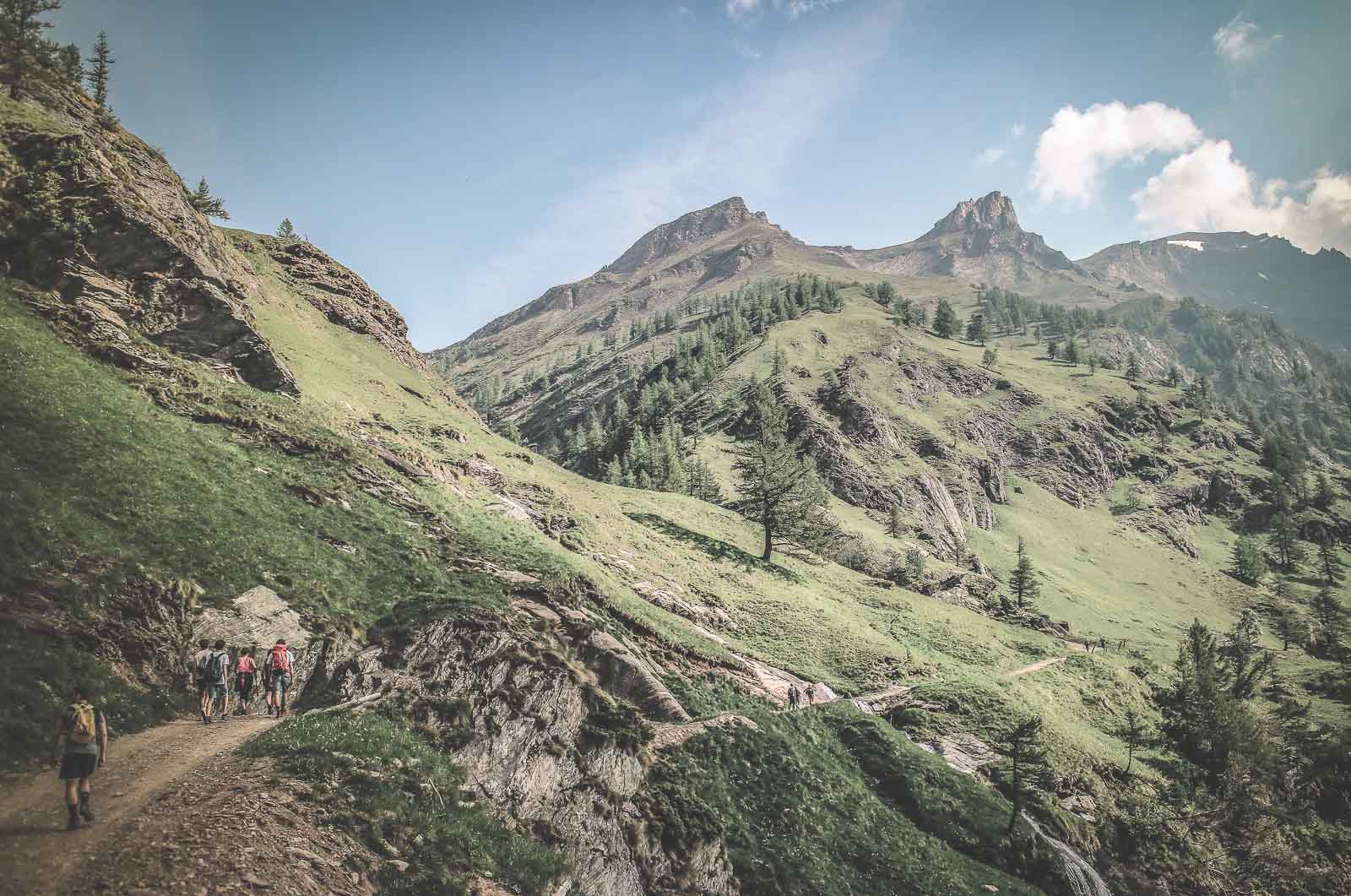 After a short stop on the lake’s shores, it comes the time to make your way back. Going downstream, it is possible to take the path that passes by The Witches’ Lake, a blue lake surrounded by larches.

Now you’re almost back at the car, you turn on your phone and begin to re-establish contact with the world out there. You understand that the break into nature has come to an end. But you still have that smile imprinted on your face, knowing that this hike is just the beginning of a long series.

Adeep and energetic gaze behind round glasses, a hermetic untamed beard, a gilet and a button down shirt in the style of a perfect gentleman. This is the portrait of Michele De Lucchi who today, at 67, is an uncontested master of Italian design. “Ideate, design, communicate” are the keywords in the mind of the […]