Adeep and energetic gaze behind round glasses, a hermetic untamed beard, a gilet and a button down shirt in the style of a perfect gentleman. This is the portrait of Michele De Lucchi who today, at 67, is an uncontested master of Italian design.

“Ideate, design, communicate” are the keywords in the mind of the Italian architect, a mind which moves from the invention of objects, the realization of spaces, and the desire to transmit his passion to others. In this way, he mixes theoretical reflection and self-exhibition to create an all-encompassing 360-degree vision.

“I give great value to my role as director of Domus (the magazine) because it allows me to conceptually enhance the sense of what I do and to transmit it to people, telling them about the ‘behind the scenes.’”

Michele De Lucchi was Born in Ferrara in 1951. After graduating from the University of Florence in 1975, and following a short stint as the assistant professor to Adolfo Natalini, he became a protagonist of a great new artistic movement, one that invested in design and culture during the years after a particular contestation of established design principles. It was during this period that the artist founded the Cavart group.

“Its motto was and still is: architects, more so than spaces, design ways of living in them.”

However, what made the designer famous all over the world was the well-known Tolomeo lamp and the merit to have contributed, together with personalities like Ettore Sottsass, to renovating the overview of design during the second half of the 20th century. 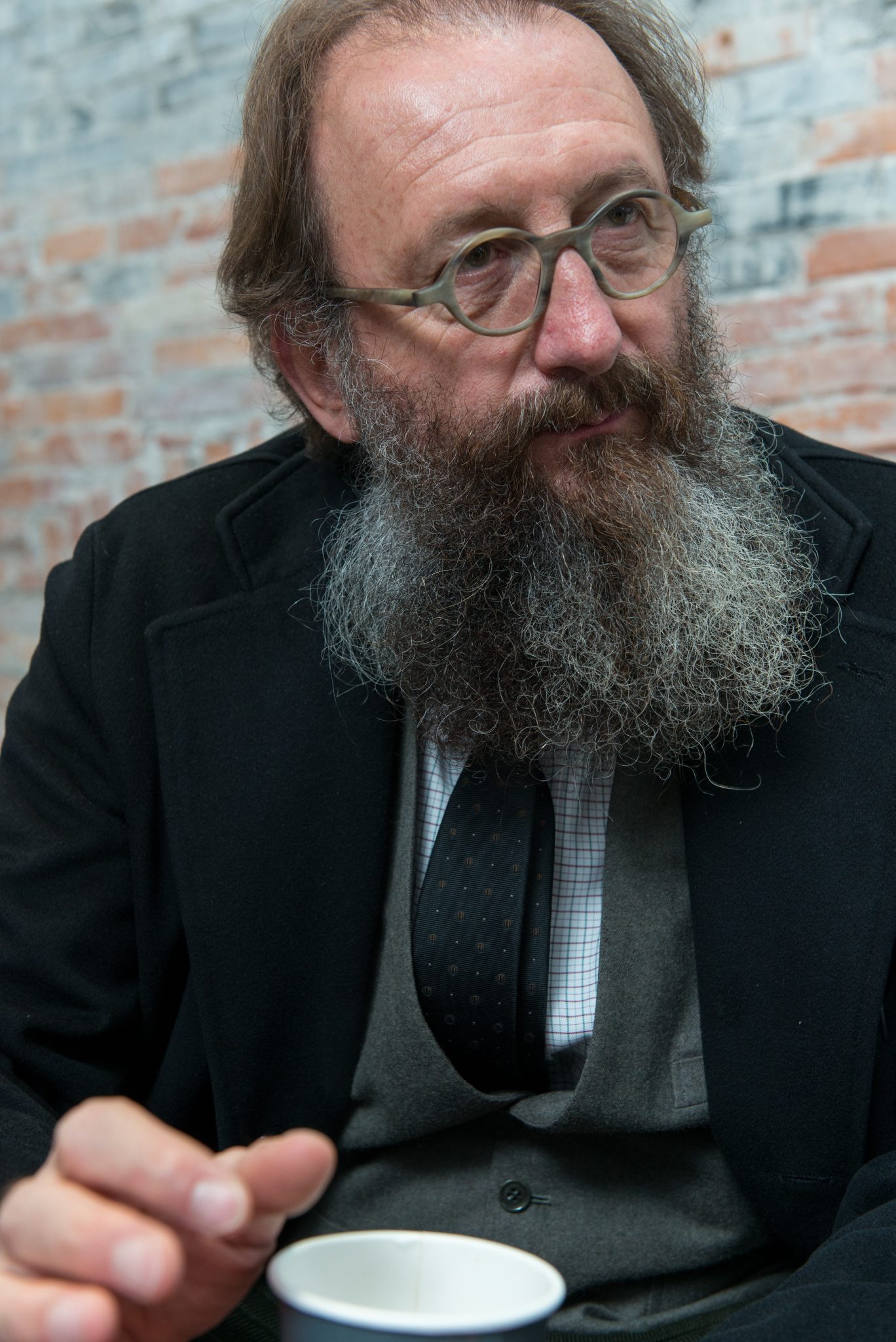 Michele De Lucchi is considered to be the promoter of Italian style. He’s made of a winning mix of craftsmanship and of the so-called “High Touch” that cranks out work cut like beautiful dresses, well measured and perfectly consistent within their context, always appropriate and ecologically aware.

“The mechanism of the Tolomeo lamp ― that let me win a Compasso d’Oro ― was born from observing fishermen using a line. I found that, with a small lever arm and a cable, it was possible to suspend a pole to attach something to.”

He’s responsible for many, many collaborations with companies like Olivetti, Telecom, Poste Italiane, Intesa San Paolo, and Unicredit, not to mention Triennale of Milan and the Neues Museum of Berlin, which also carries his trademark.

Sure of the incomparable value of handmade products which are the basis of the “made in Italy” quality stamp around the world, in 1990 Michele De Lucchi created Private production, a line of objects realized using strict artisan techniques.

Entering in his studio in Milan feels like walking into a museum, where his extreme care and attention to detail are exposed by his wooden prototypes, but at the same time, you are aware that you’re entering a workplace that hosts about 40 artisans.

“During Salone, like others designers, I open my studio to the public, to welcome the curious and the passionate. And there are always many, many people because this event involves the whole city; it regards our culture and ‘made in Italy’ products, products that have lived all year, not just during the exhibition.”

Architect, designer, artist: who is the real Michele De Lucchi? He defines himself as an artist, referring to the purest sense of the term, those who do things with their own hands. He has never learned to use Autocad. He loves sketching designs that his collaborators re-create using computer programs and he likes writing and sculpting wood with a chainsaw. 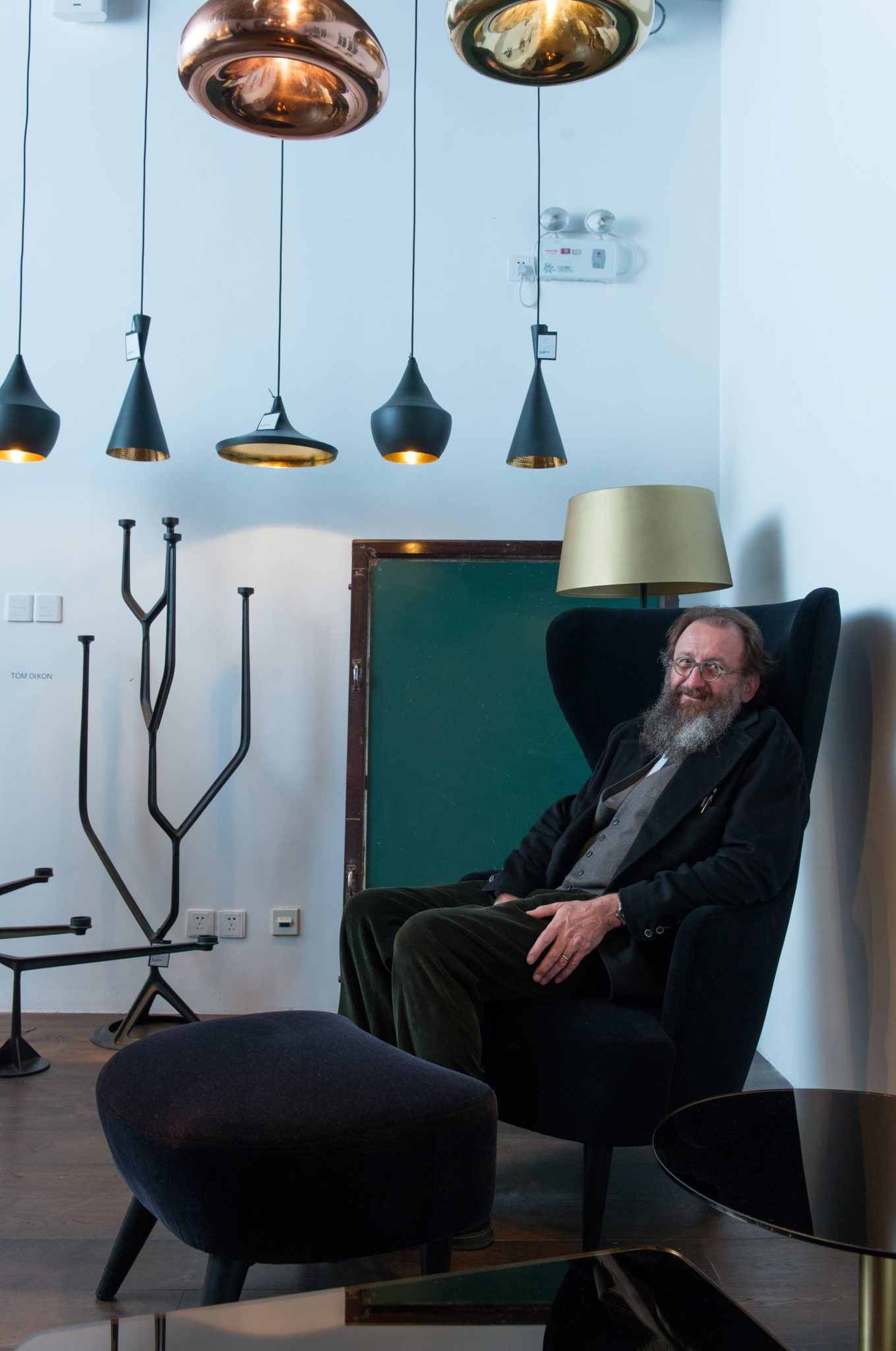 Artist in the soul, no doubt, but he has sometimes worn the hat of a designer and an architect, having to speak with companies, businessmen, districts and customers without necessarily supporting their requests.

An important lesson of De Lucchi, in this sense, is to pay attention to whether doing any current job allows you to show alternative ideas and break conventions in order to expand your clients thinking and guide them, with professional sincerity, and patience toward their aims.

“There are two projects that I am particularly tied to Expo, with planet and food themes, which I made in Padiglione Zero. For me, it wasn’t only a magical project but a work for the entire city. The second one is my work in Georgia. After its independence, they asked me to build palaces for its new government headquarters.”

The latter was a typically intellectual task because he had to represent a national spirit and design something Georgians could be proud of, and that’s just what De Lucchi did when he realized Ponte della Pace, which is now their national symbol and features on all postcards.

He is very talented, with an undeniable nerve and an exceptional hero to inspire him: Gandhi. Yes, the one who, stubborn and conservative, in the face of English technology, managed to deliver on a dream of modernization in his home country, one that nobody believed could be possible.

De Lucchi chairs at several universities (from Palermo to Venice, including Milan and all the way to Michigan) and has been awarded many prizes: including an Honorary Doctorate from Kingston University in 2006. 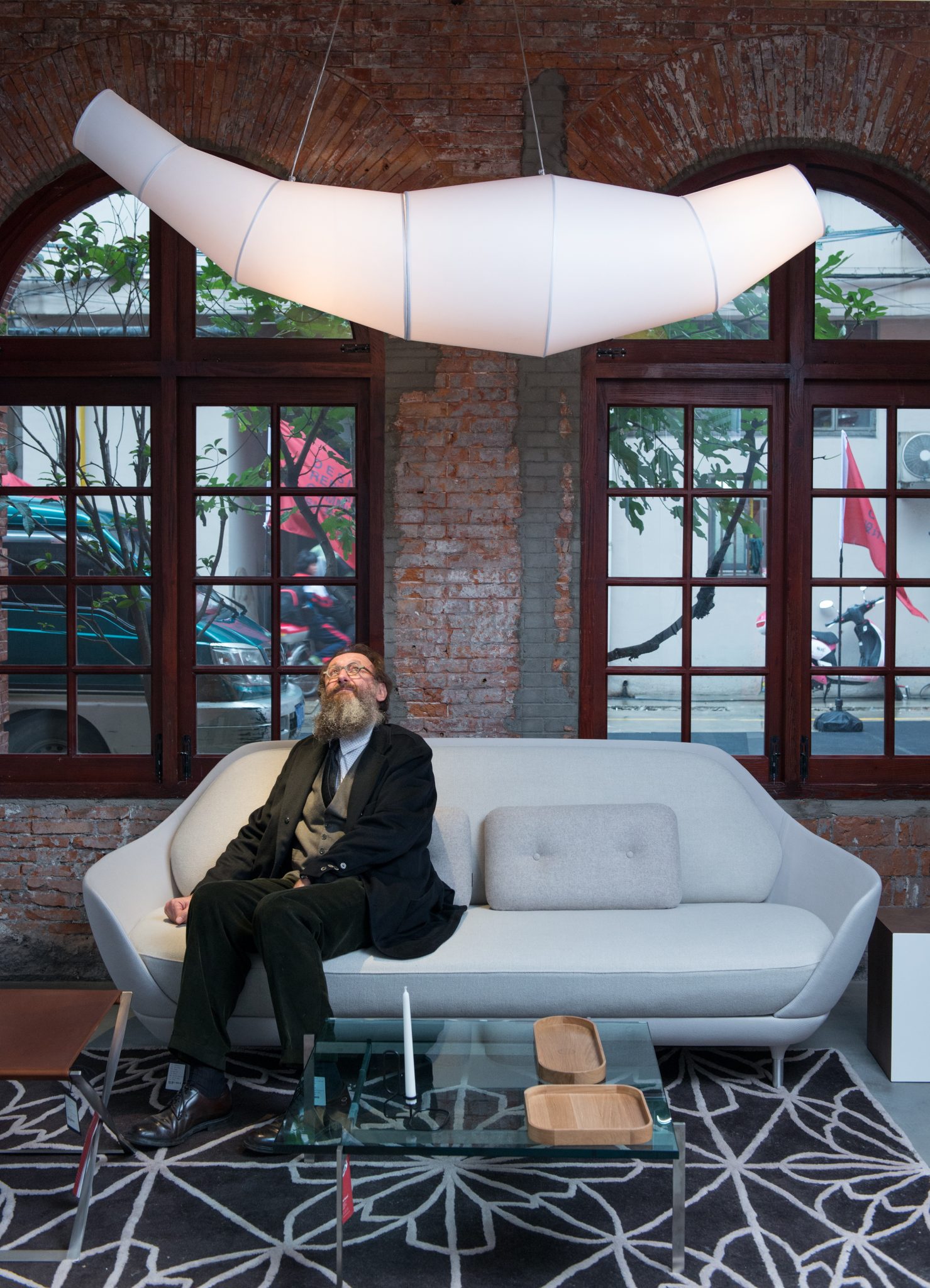 These prestigious titles contribute to his perfect balance “between poetry and function” and between classicism and romanticism. This is how many experts, such as the architect Roberto Palomba, describe De Lucchi’s design.

Unconventional thinking and desire, almost a need, to break patterns, are among the most admitted and appreciated aspects of the Ferrarese artist, as demonstrated beautifully by the so-called “Passeggiata by Michele De Lucchi,” an installation realised for Salone del Mobile in 2015, which shows a long boardwalk moving up to a height of three meters.

Structurally, it’s a sort of four-leaf clover where each petal is an area which represents a different stage of the work. Ideologically, it’s a new way to see offices as training grounds, spaces to drill the mind and where information sharing and meeting spaces are more important than a traditional workstation.

Behind each project, behind every work, there is certainly a vision, an ideology that moves everything, an image projected from the mind to realize in cement and bricks, indoors and details.

“The world I think about when I work is the anthropological one, one of the evolutions of man, of his behaviors, and, above all, of his imagination. When I was at university I took part in a movement known as ‘Architettura Radicale’, that states that realizing a space means projecting a way of living in it. Imagining a city means intervening in the human evolutionary process. It’s about making important choices.”

All these photos are by Daniele Mattioli/Anzenberger/Contrasto