Among the lateral valleys of Aosta Valley, one of the most interesting is undoubtedly Val d’Ayas. The Becquet family saw the valley’s potential, and in 1994 they built the Grand Tournalin, a modern alpine hut.

Alpine huts are the best way for people to get to know the mountain and the majestic nature found there. These lodges are often the starting point for interesting walks, both in the winter and in summer. They are also often a place where skiers and climbers eat and rest up.

The Grand Tournalin is nothing less than spectacular: placed in the amphitheater of Vallone di Nana, this alpine hut allows its customers to enjoy a rich meal made with local sources, or stay the night. 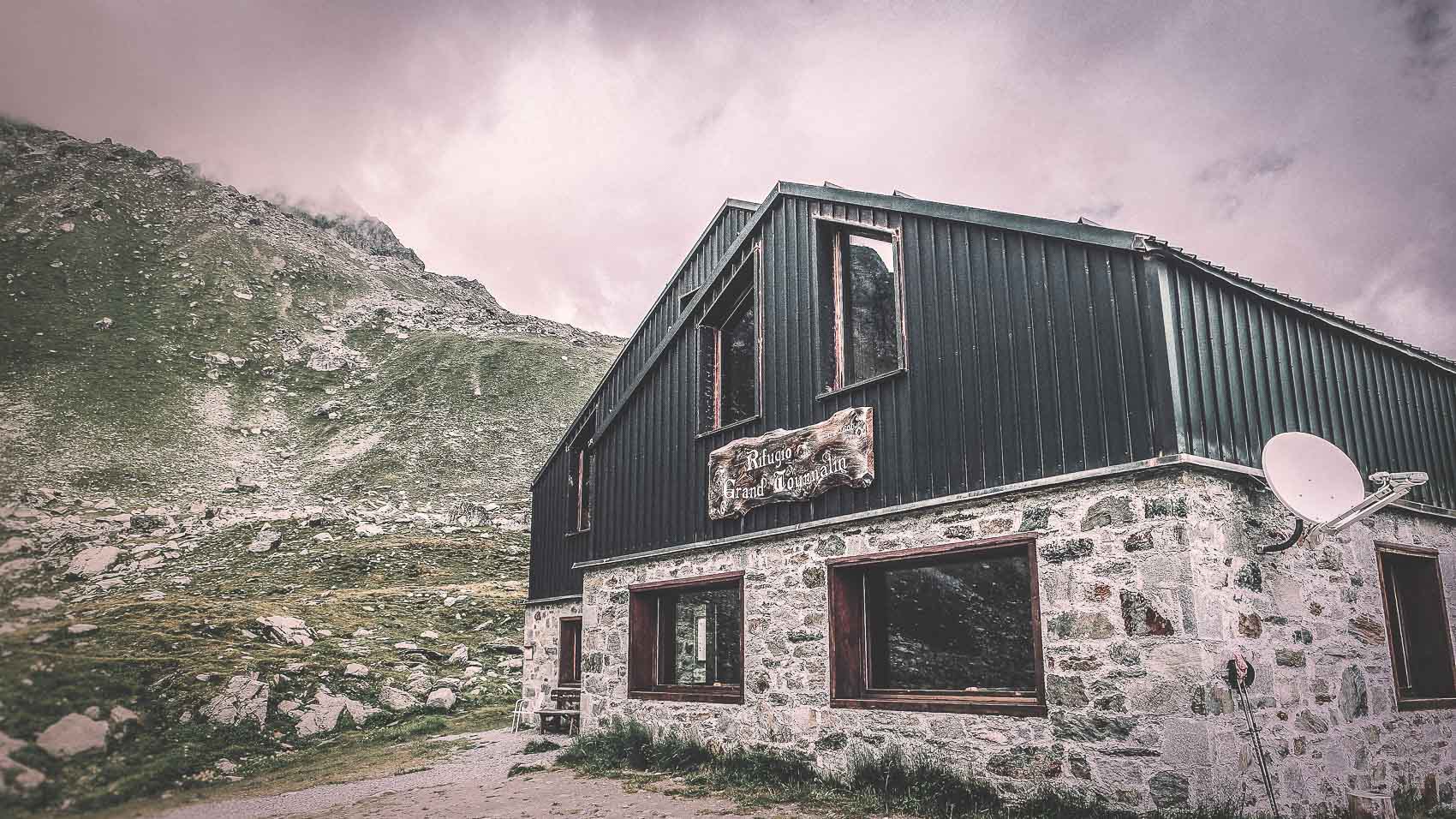 To get to the hut, a demanding walk of 2 and a half hours is necessary. The journey starts in Saint-Jacques, a suburb of Champoluc. The walk is so demanding due to the 1000 meter altitude change, which can be a lot for those who are not in a very good physical shape. However, the walk is also very scenic; the path often crosses woods, creeks, and little mountain houses.

For those fearless enough to reach the Grand Tournalin, solitude and natural beauty will be there reward. Leave friends and relatives who usually complain at home: the mountain needs to be appreciated in silence!

Structurally speaking, the Grand Tournalin is remarkably modern. Also, the owners are very sensitive towards environmental issues, so they created an alpine hut that is as eco-friendly as possible.

In this respect, photovoltaic panels were installed to produce electricity. In regards to hot water, the alpine hut boasts a wood thermo-kitchen. Not to mention, waste is separated and recycled whenever possible.

After climbing for about 1000 meters, you will be able to enjoy a plentiful meal of local products.

On the menu, you will find polenta, meat, and a vast selection of cheese and cured meats. If there’s something that is never missing in the mountains, it’s good food.

“Generally speaking, all the raw material used in cooking are chosen according to a standard of ‘from farm to table.’”

The most typical food to try is ‘carbonada’: it consists of beef marinated for a whole night in red wine with onions, celery, laurel oak, and rosemary. The carbonada is served with an enormous portion of polenta. It’s impossible to control your appetite in front of a meal like that. 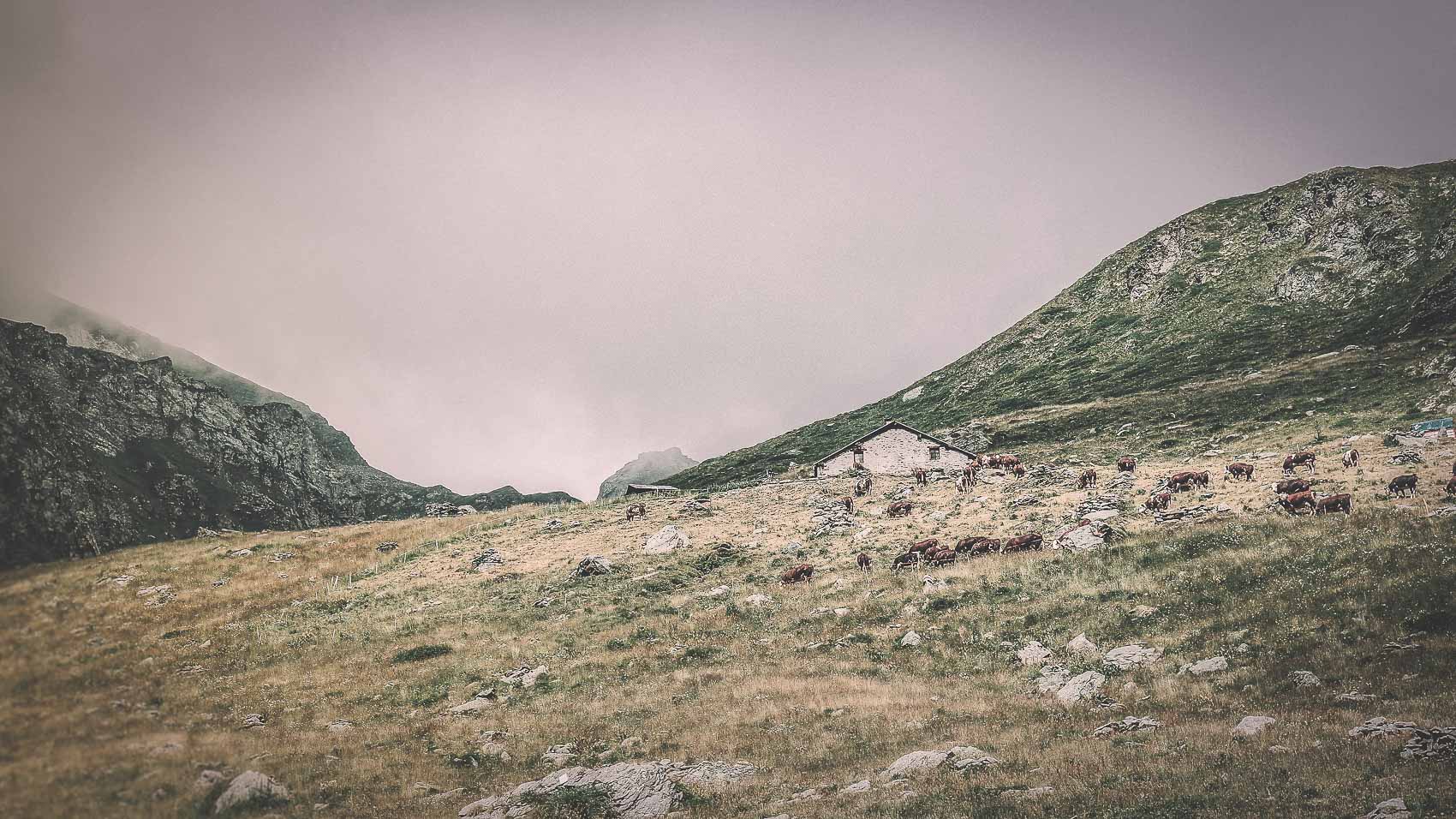 However, the focus on local ingredients from Aosta Valley doesn’t end here. Goat cheese is also very common and is obtained from the goats grazing in the fields around the hut.

The Grand Tournalin also offers a vast assortment of the cheese produced by the Fromagerie Haut Val d’Ayas, a cooperative created in in 2002, and composed of almost 50 breeders in the area. The Fromagerie treats 2 million liters of milk every year, producing 18 thousand cheese products.

“The Fromagerie Haut Val d’Ayas is the modern synthesis of the centuries-old tradition of a people that breed alpine cattle on supervised pastures in order to obtain the precious and rich milk. Their organic cheese has a unique taste here.”

The Grand Tournalin proves to maintain all the alcohol and food traditions of Aosta Valley. That’s why it serves the local beer Les Bières du Grand St. Bernard. The owners also suggest trying the génépy beer, which according to them pairs perfectly with cakes. Cakes and beers: is this paradise?

Of course, the menu is concluded with dessert. The specialties of the lodge are apple pie and the chocolate and pear pie, both homemade. All typical products are, as tradition requires, carefully cooked on the wood stove.

Sleeping at the Grand Tournalin will introduce you to the characteristic mountain hospitality. The lodge has 45 beds, divided into rooms sleeping 4 to 9 people each, as it usually is in an alpine hut. Restrooms are shared: there is one of them on each floor. And of course, showers provide hot water.

The following morning, after a generous breakfast, you can leave to hike some of the peaks surrounding the valley ― supposing that you haven’t eaten too much. In that case, you risk falling off a cliff.

The most difficult hike is undoubtedly the one that takes you straight to the top of the Grand Tournalin (yes, same name as the hut), at 3380 meters high. Along the path, it is possible to spot the remains of an ancient camp used by the alpines of Ayas and Valtournenche. 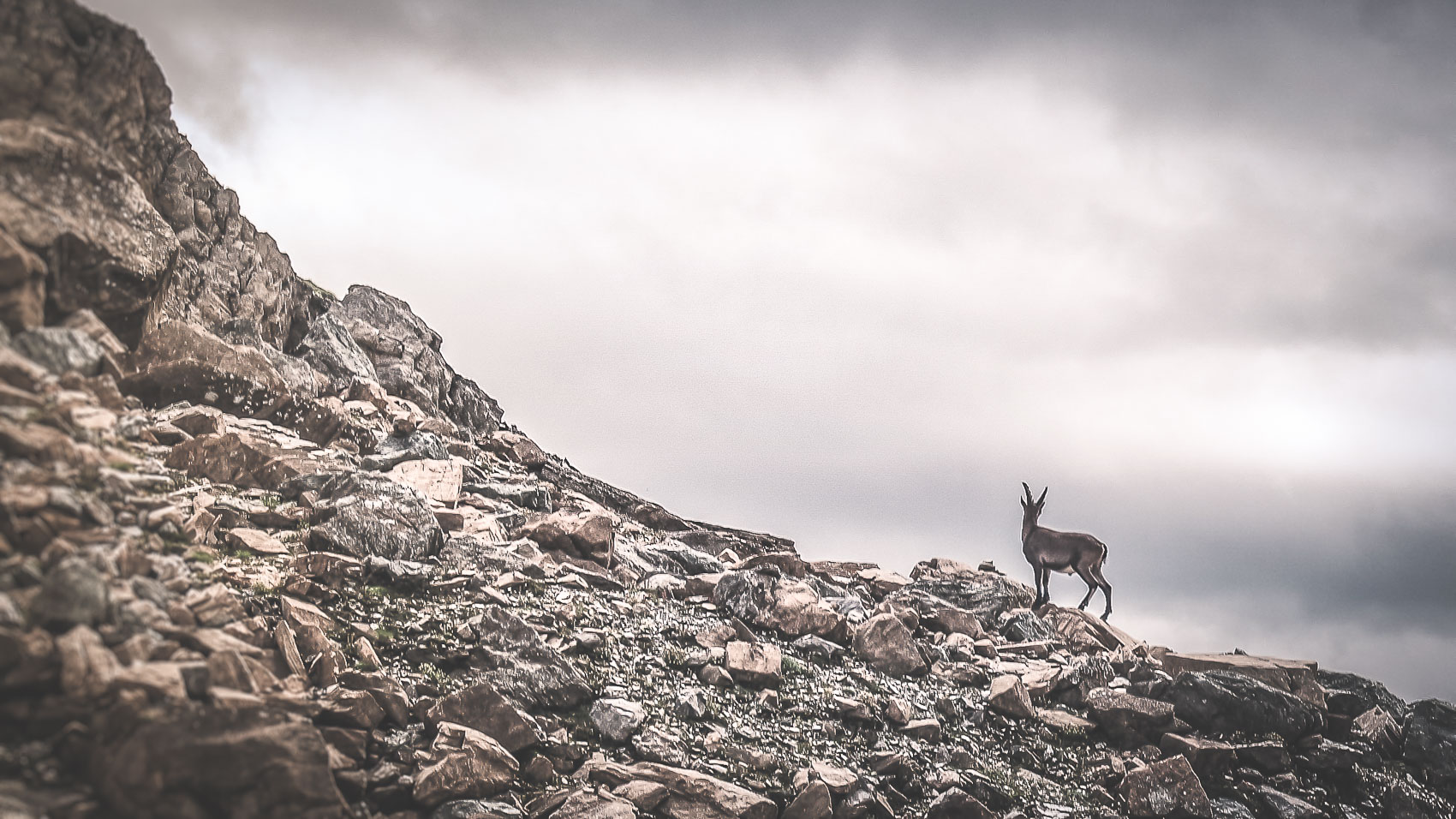 Another possible hike is one that takes you to Mount Roisetta, at 3334 meters high. This walk crosses paths with the beautiful Green Lake (Lago Verde), named after its stunning waters and the color it turns on sunny days.

The Grand Tournalin alpine hut is also known among mountain bike lovers: the Mount Rosa tour goes straight through there! Precisely, it goes on the road that crosses the deep valley of Colle di Nana, between Saint-Jacques and Colle Teodulo.

Just an hour’s walk away, you can find Colle di Nana, where it is possible to go down to the adjacent valley, Valtournenche. It’s not uncommon to see some ibex around Colle di Nana, and this is definitely a valid reason to continue towards the summit.

The other walks in the valley

The Grand Tournalin is just a small fragment of what Val d’Ayas has to offer. One of the most famous hikes of the entire valley is one that takes you to Blue Lake (Lago Blu), on the opposite side of the mountain to the Grand Tournalin. It’s one of the routes most well-known and popular routes in Val d’Ayas.

During the hike, you walk through Piano di Verra Inferiore, where you will enjoy breathtaking views. It is impossible not to notice the western side of the Mount Rosa massif, with famous peaks such as the Breithorn and the Castore.

The Blue Lake walk is enjoyable both in winter and in summer. In winter you can reach the lake using snowshoes; one of the many ways to enjoy mountains even if you don’t like skiing. That’s why the mountain is beautiful in every season of the year. 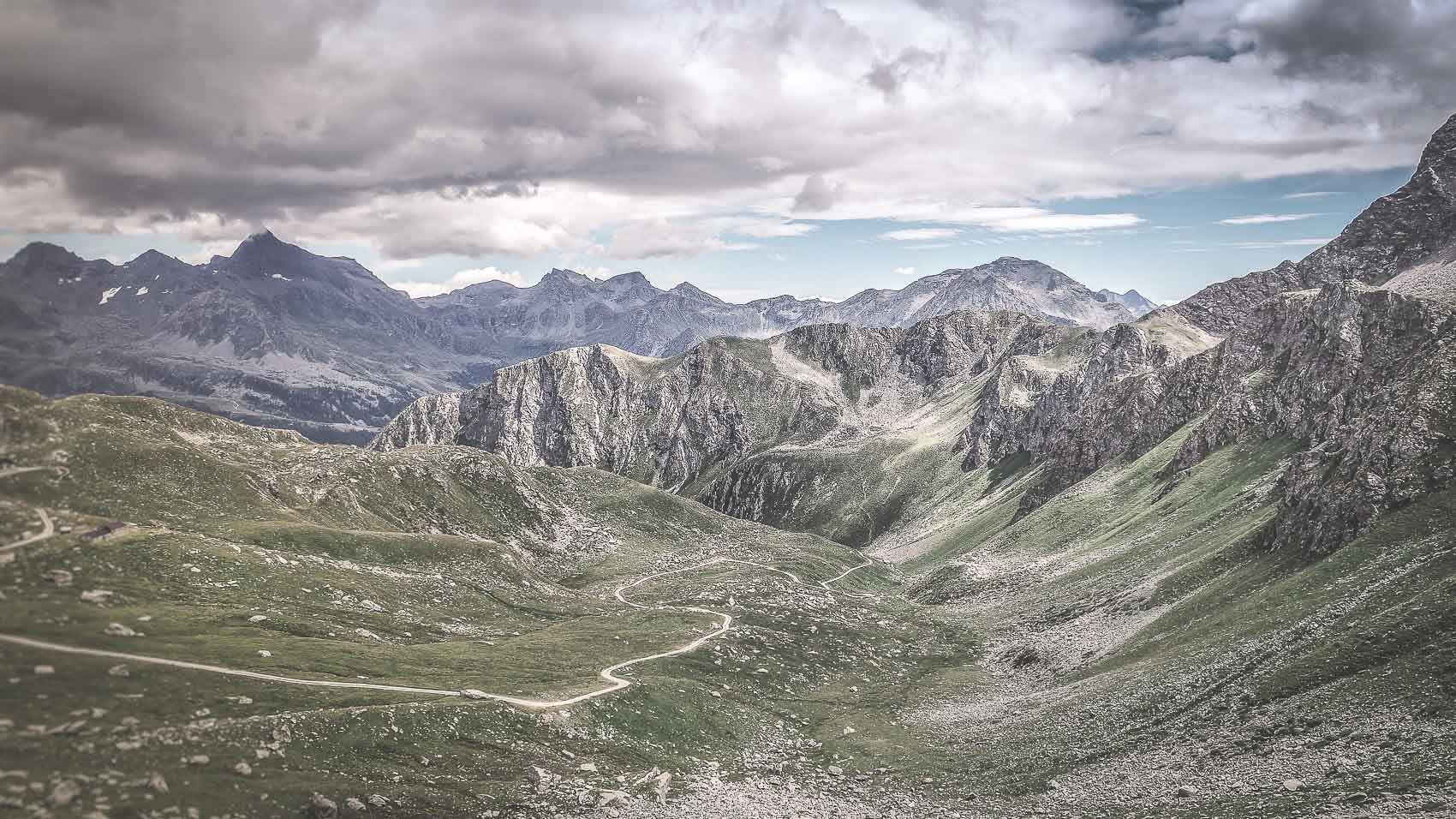 In Val d’Ayas there aren’t just good hikes and delicious food. The valley also boasts the ancient manufacturing of sabot, typical wooden sandals of Aosta Valley, but especially common to Val d’Ayas. Surely, they might remind you of the wooden sandals used in Belgium and the Netherlands.

This small Valley is undoubtedly a small Italy, with all its beauty and traditions. In such a fast-paced era, families like Becquet are an outstanding example of how the love for our land and its products can be transformed into a booming business. Still there?