A clear blue sky above the sea, a wave crashing down on you, a storm you’re heading towards, maybe never to be seen again. A shiny rainbow to lead you to your fortune, and, just over the horizon, perhaps there’s land ahoy.

A seaman’s adventures, condensed here into metaphors for our everyday lives, is a naked and raw thing, a life fully lived, with the wind blowing your hair. Someone who knows this more than most is Giovanni Soldini who, on a sailboat, has succeeded in regattas and round the world trips, all the while making the ocean his second home.

“Always unshaven, and only basic colors for his polo shirts, red, blue, white and black, plus a Techmerino jacket. Moreover, his earing was a sort of trophy. You need to be ‘rooster’ all the way ― Soldini says ― he who passed Cape Horn deserves an earring of his own.”

Son of a Milanese textile man and brother of the filmmaker Silvio Soldini, Giovanni is considered by many people to be the most famous Italian navigator of our century.

He got close to his first boat when he was a child and since then he has been unable to help himself. Thus followed twenty-five years of oceanic regattas, including two solo trips around the world and more than forty trans-oceans.

Abroad Vor70 Maserati, he won important titles like the Cadice-San Salvador record (2012) and the record for New York-San Francisco Gold Route. He also set the new Tè Route record in 2014 on the San Francisco-Shanghai segment.

A life on the sea means developing specific competencies and personal attitudes, which in turn means learning to live with others in extreme conditions. In general, it means creating a personal routine, not very much like your daily, land-faring, life.

“When I sailed, I used to eat pasta, rice or bresaola, I cooked with a pressure cooker, I slept for two hours in the morning and two in the night, I talked aloud with the boat or the autopilot, I communicated with mainland via e-mail and I took with me only one other outfit (that I changed into just before docking at port) many photos and lots of amulets. I washed only my teeth: you don’t really get dirty onboard.”

At just seventeen years old, disregarding the expectations of his parents and friends who imagined he might become a lawyer or an engineer, Giovanni sailed The Atlantic nonstop with an American man he met by chance at a harbor. 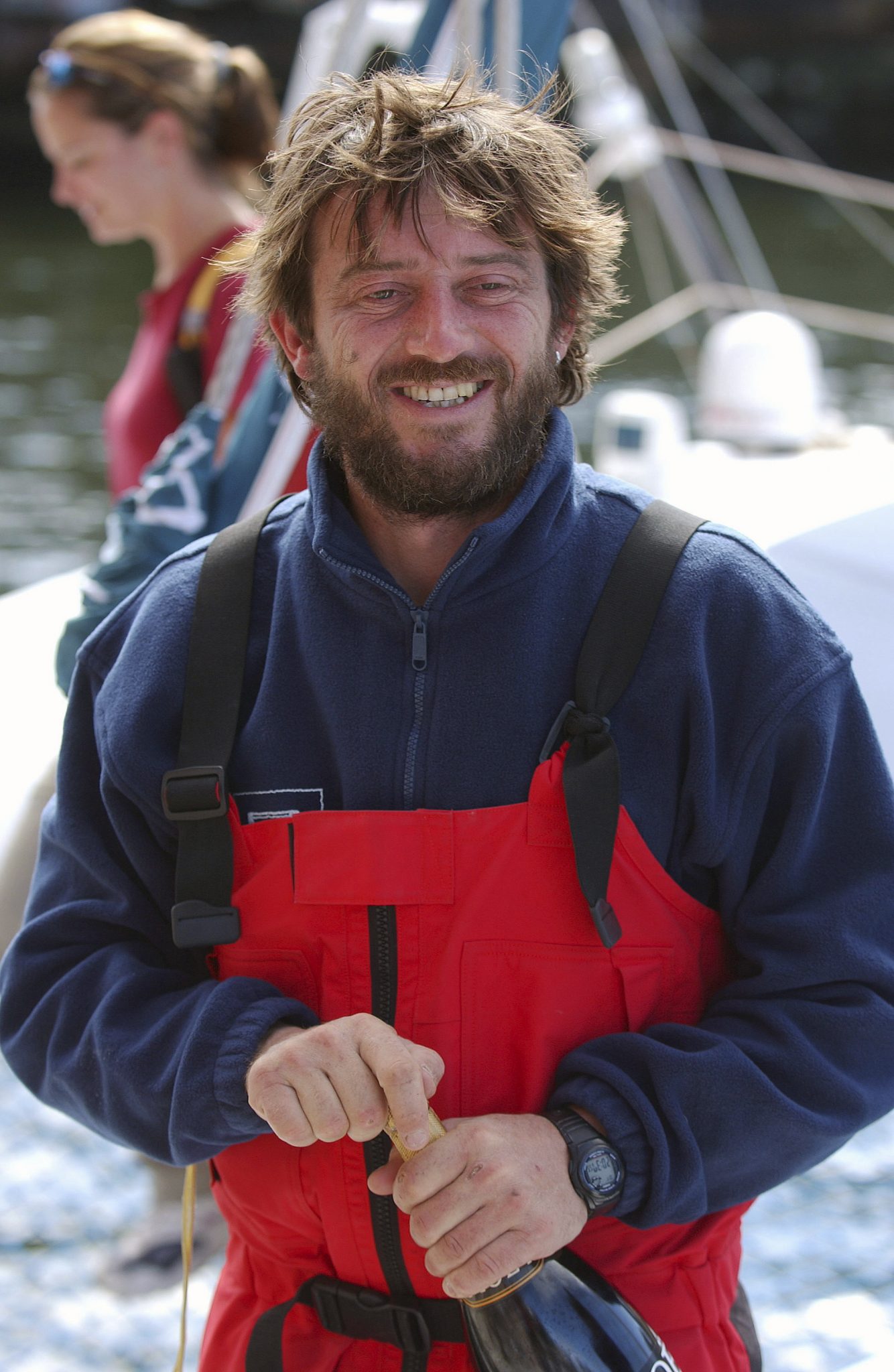 However, his solo adventures are what marked him most: his two round the world trips on a sailboat. Also of great import was the rescue of a regatta competitor for which he was awarded a Merit Badge from the Italian Navy and the title of Knight of French Legion of Honour.

“I really like the solo regattas because they leave room for experimentation: in this way, technological innovations are born. But above all, the sea taught me a deep knowledge of myself, facing my limits and finding my balance. Sailing is a special condition because it lets you live the present, you have to deal with what is happening at that moment.”

A privileged and intense relationship with nature, the total respect for the environment, the water and saving energy: these are the constants that accompany his ocean life. A life where he has learned not to take anything for granted, to live as if it were the first time, and to treasure the most special of life partners: the boat.

It was on his boat that Giovanni Soldini let a myriad of emotions cross him: the surprise in front of certain landscapes, the bravery of facing bad weather, the fear of failure; the satisfaction and joy of reaching your goals; the intense pleasure one can find in sharing results with crewmates; the melancholy and, of course, homesickness.

“The most beautiful thing? Colors. You see those in the water: green Patagonia, the Ushuaia’ ice white, in front of Cape Horn. Well, there are lights and shadows that you can’t find elsewhere. They fill your spirit, they give back to you, the feeling that you exist. They help you to overcome the solitude.”

He is an audacious character, a free spirit, with a sea dog’s air of mystery, but always with a kind smile. Giovanni Soldini has had the fortune to do in his life exactly what he wanted to do, despite problems and sacrifices.

He managed to overcome the initial disappointment of those closest to him. He decided to abandon his office. He had to come to terms with an intermittent relation with his wife and his four sons. And all that he did he did for his dream.

“What really matters in life? Waking up happy in the morning. It is priceless and when I am on a boat it usually happens. Maybe because I do what I really love. A seaman from Milan sounds weird but I believed in it, I tried it and I succeeded. It is true, I have been very lucky because turning your passion into your work doesn’t happen to everybody. If someone were to ask me for advice, for sailing, for a living, I’d ask him if he was really ready to do everything to make it happen.”

Messy hair and a sunburnt face are the marks of someone who has always dreamed, without any urge or demands, to discover the world and he chose to do it on a sailboat, making use of the wind to follow his passion. 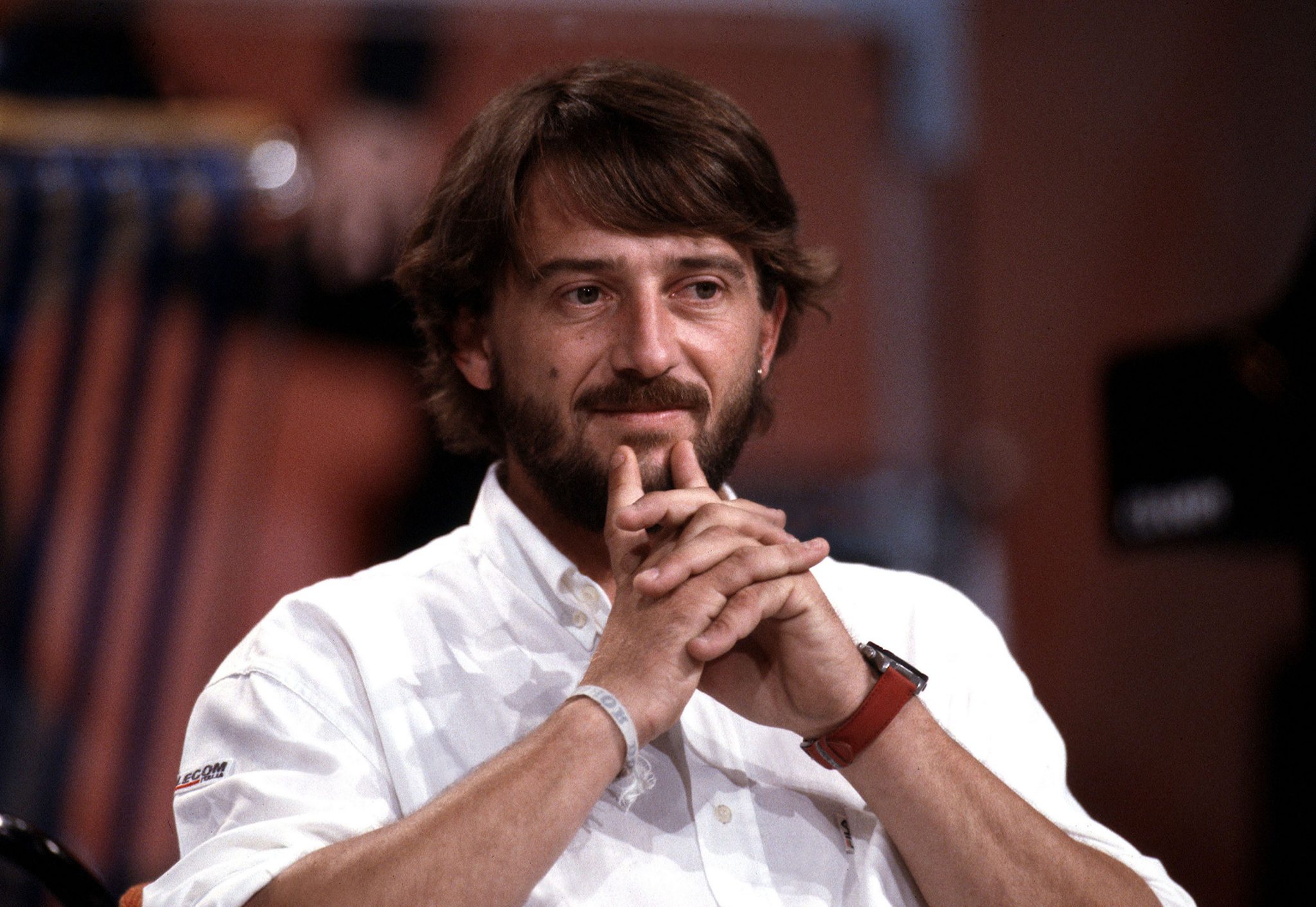 Since then, one challenge has followed another. The most recent: that of the last February with Maserati, his longtime sponsor: abroad his trimaran. Thanks to his determination, he broke the record on Hong Kong-London segment, one of the famous Tea Race that burned the clipper Epoque, the last transport sailboats.

This record, like that on the New York-San Francisco golden route, has undeniable historic value and can inspire in us the same sense of adventure as only round the world journeys can. Just think that they sailed across Capo di Buona Speranza against trade winds.

The result? An incredible success: only thirty-six days to cover the route of over fifteen thousand miles, breaking the previous record by more than five days: Gitana’s 13th primacy.

“Sailing puts you in a more human condition, helping you to identify the really important things of your life.”