The son of the sculptor, Achille had two brothers: Livio and Pier Giacomo, the latter of whom shared his passion for art and so together they realized many projects of city planning, of architecture, exhibits, expositions and product designs. This creativity leads the brothers to contribute to Milan’s 7th Triennale exhibition, an important milestone in their career. 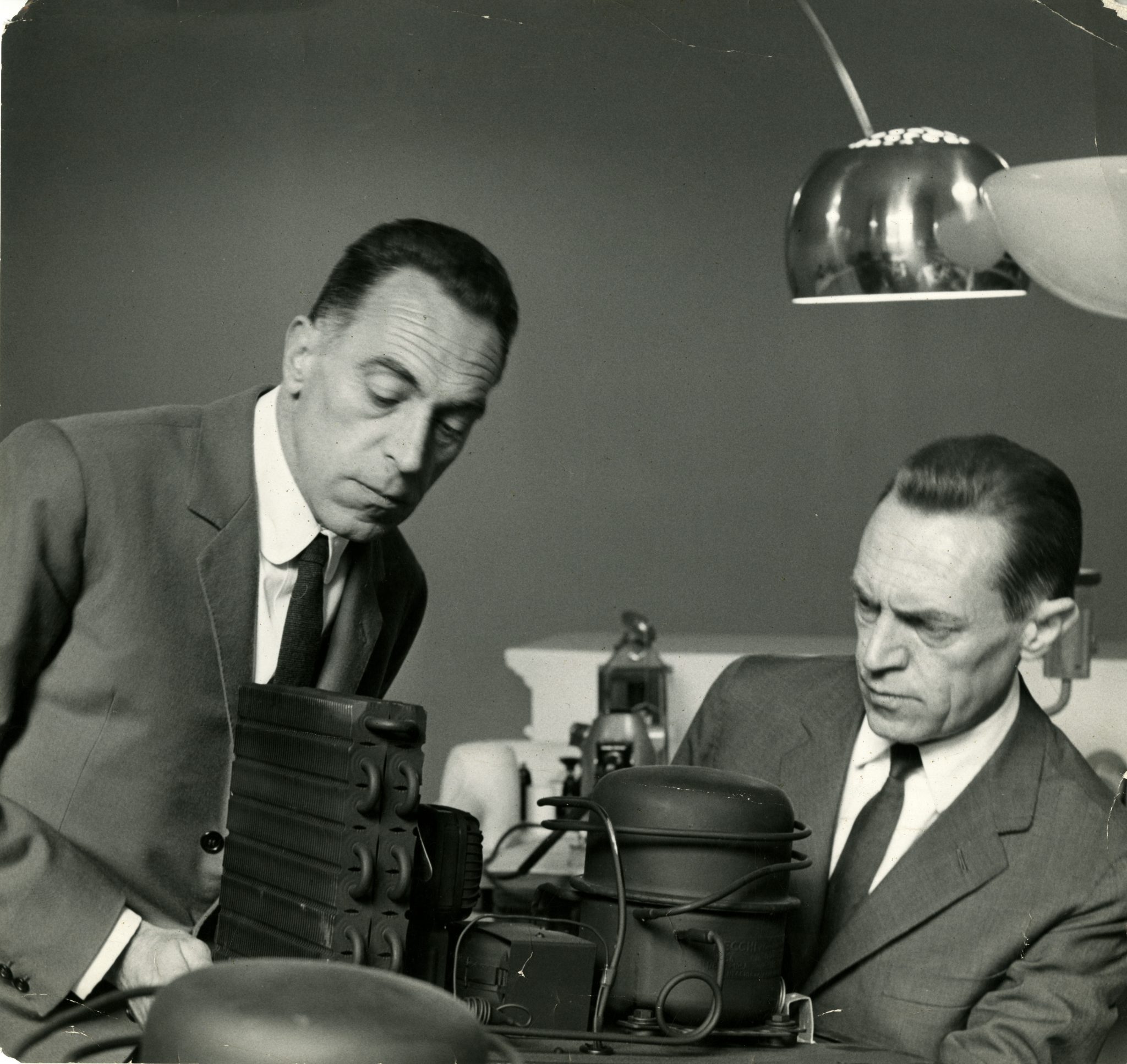 Even as a child, Achille was fascinated with the shapes and functions of the objects he encountered, starting, of course, with toys. Over time, this curiosity and extreme attention to objects of daily life lead to a collection of hundreds of items considered to be “objet trouves”, that is, worthless, found objects.

He guarded them jealousy because he loved their shapes and the emotions they were able to transmit.

His architecture firm was founded in 1962 at Piazza Castello 27, Milan, and is today called the Achille Castiglioni’s Foundation. Here, it is possible to visit his anonymous objects collection which includes scissors, glasses and lots more, divided by type and ordered into glass showcases.

“I used to collect found objects, to keep a bit of everything; anonymous objects. I like to save things that have an intelligent component of a design project.”

Daily life, indeed, is revisited and analyzed with a different and innovative perspective, maybe a little out there, but certainly original. The everyday references meet the experimental approach, working towards maximum function whilst at the same time minimizing the materials used. This is why a minimal style has become Castiglioni’s hallmark.

“When we worked, we refused to allow the design to be invasive. We searched for the shortest, simplest route to its function. At the end of each project, we wanted to say: we can’t make it less than that.”

What are the most important creations of this original and charismatic designer? Just think that Achille and his brother Pier Giacomo Castiglioni transformed the seat of a farmer’s truck into a revolutionary icon of design: the Mezzadro stool realized by Zanotta. Chairs like Sella (1957) and Sanluca (1959) also gave a real creative contribution to Italian design.

“If we think about what he designed, it’s clear that lamps were his specialty: such ordinary and common objects that the artist managed to turn into something extraordinary and catchy.”

Also, of particular note are his lamps: the desk lamp Tubino (1951), the floor lamp Luminator (1955), Toio, the Arc lamp (1962) made by Flos and the table lamp Taccia (1962). All of these creations, as well as complying with minimalistic design standards, were made to satisfy, above all, the working needs of people who use them. This was their chief purpose.

“A good project is born from the willingness to establish an exchange, also minimal, with the unknown person who will use the thing you have projected.”

A common thread of his productions is his ideas that shape, material, and technique should all be connected with the finished product in order to create real and useful things. 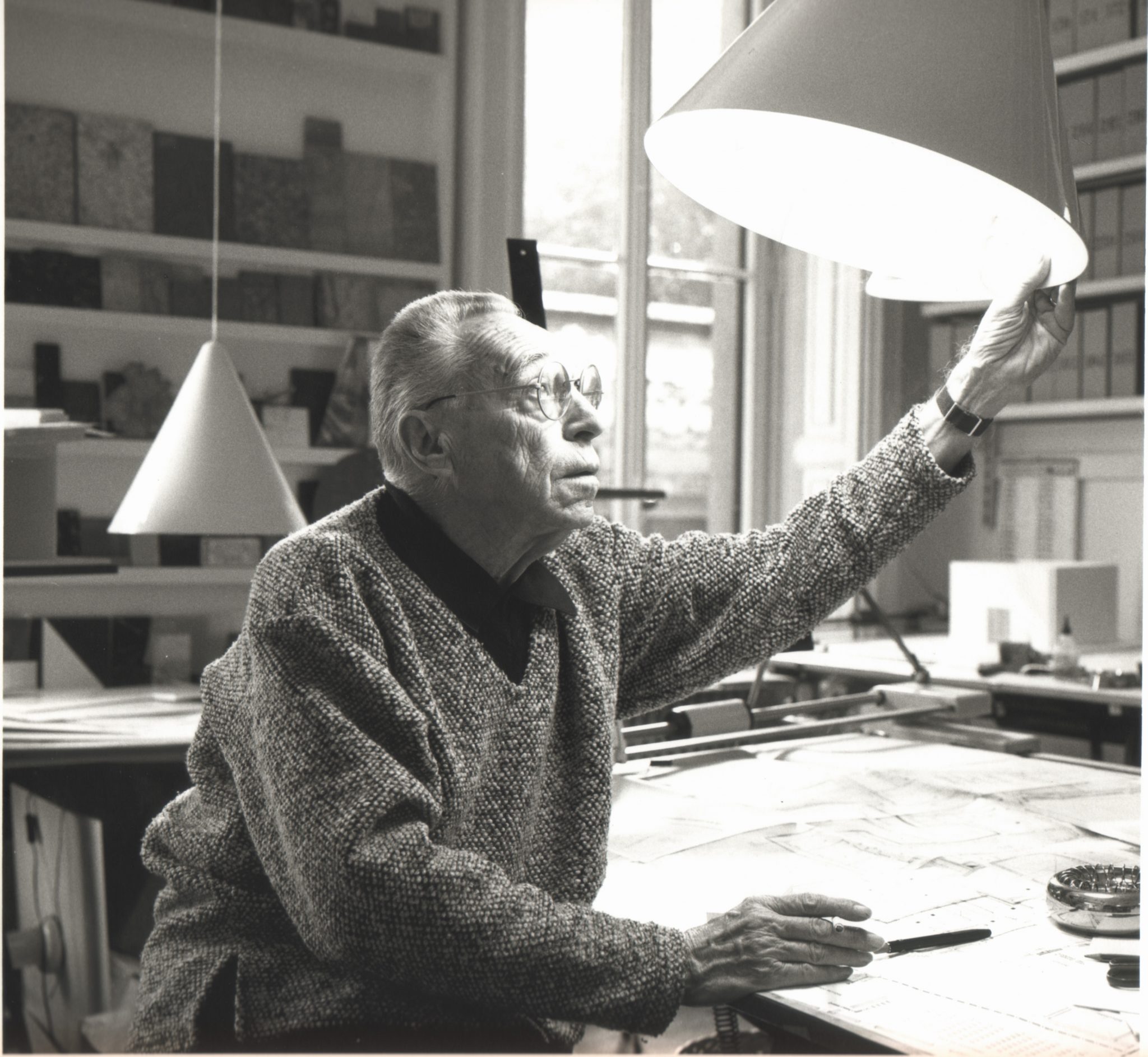 The designer was awarded the Compasso d’Oro (Golden Compass) nine times for his eclectic creations ― the Spinamatic beer dispensing system, the hospital bed Omsa and a headset for simultaneous translations. With fourteen of his most admirable works at MOMA in New York, it’s interesting to think that Achille Castiglioni had started from the simplest of observations about daily life.

“Those fantastic shapes were the result of a philosophy: true objects for real needs.”

Kartell, Zanotta, Flos, Bernini, Siemens, Knoll, Poggi, Alessi: these are just some of the companies that collaborated with Achille Castiglioni to design many objects that have surely contributed to their success. 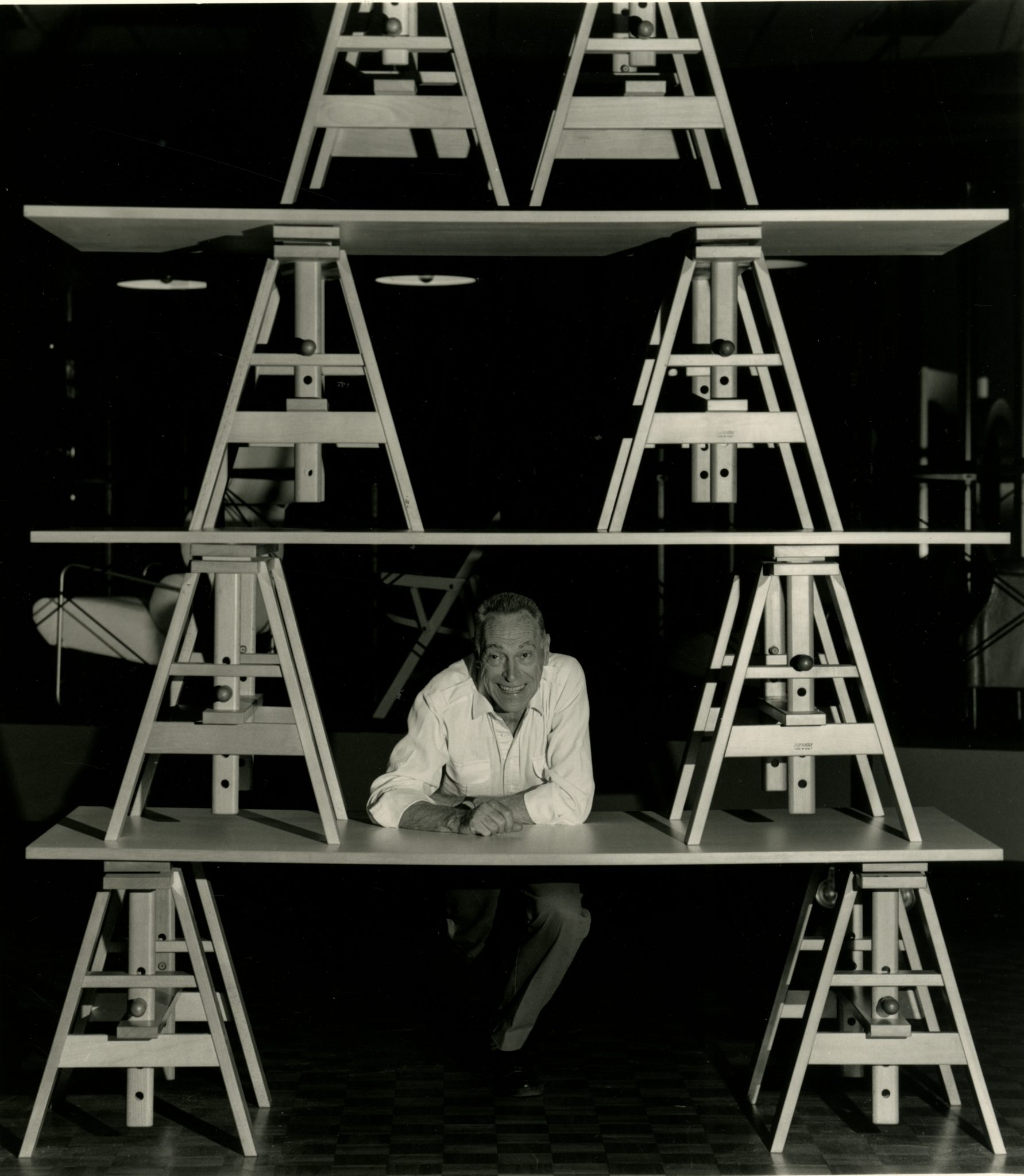 Today ― sixteen years after his death, caused by an accidental fall in his office in Piazza Castello, Milan ― the designer is remembered in particular for his teaching that continuous research and aesthetic experience are to be addressed to both to the public and to critics, and more generally, to society in order to let them better know and appreciate everything around them.

Every centimeter of his former office seems to conjure up Castiglioni’s words and thoughts, those about the role of design, its responsibility, and complexity. On wooden shelves, we can find iconic Italian designs in the form of handwritten notes on yellowed pieces of paper, like the Brionvega television, the Arco lamp, and the wickerwork carpet beater.

“Designing mass-produced objects is, first of all, an integral process of continuous human participation and of choices that have to precede and influence every methodology. It is, most of all, a cultural operation.” 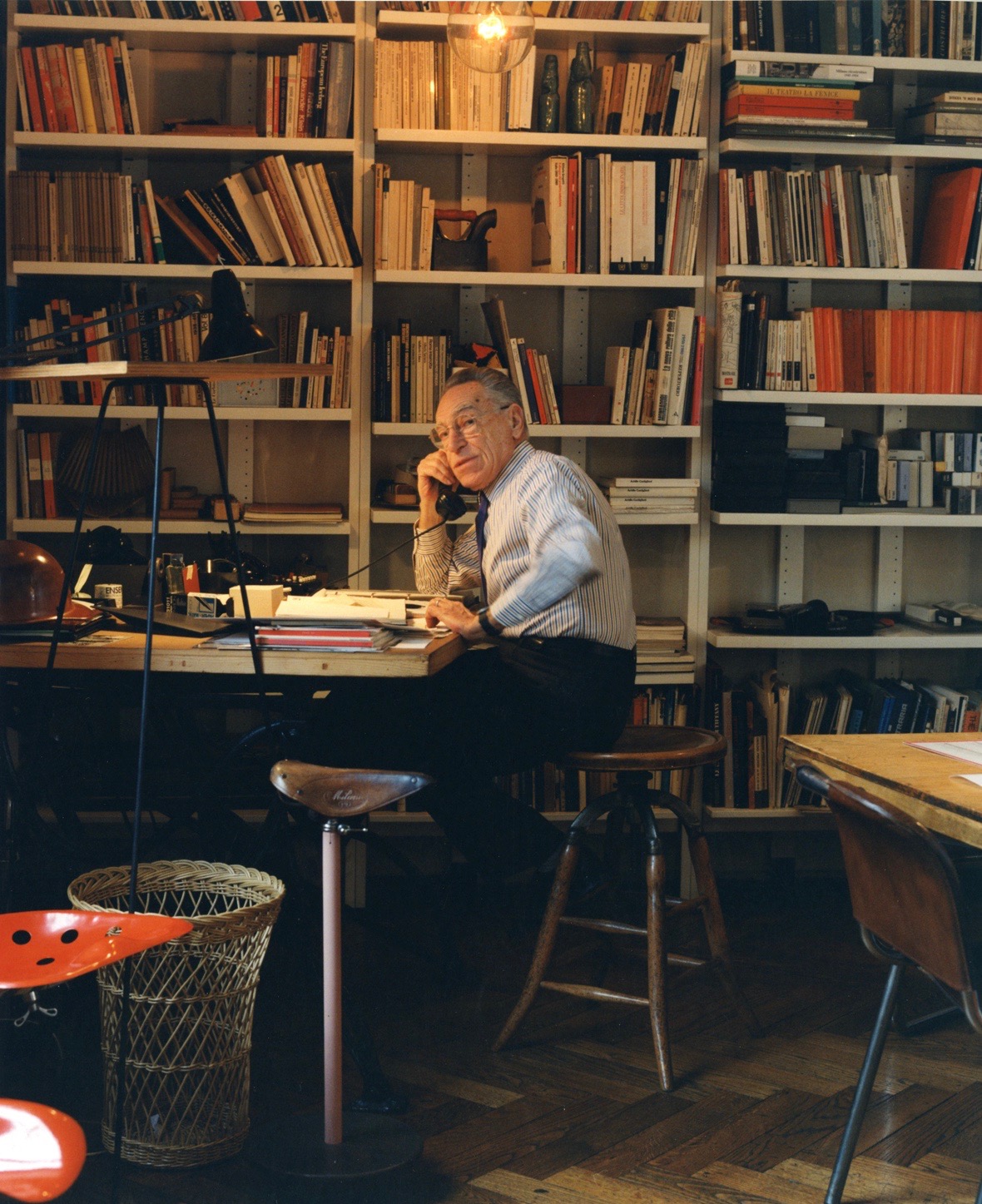