The story of Giorgio Gaber is the story of a peculiar soul; a man who loved to follow his own path, hiking uncharted territories with all the creativity and the passion he had. Connecting with his audience through stories about Milan, and showing himself through art, Giorgio was truly a soulful storyteller.

His story is one of a messenger, who through his own voice, was able to tell audiences about Milan, portraying his city as a natural theatre under the sky, animated by its everyday citizens.

The year is 1959. In the middle of the night, Giorgio notices he is missing something ― someone stole his Lambretta. Luckily, the thief is caught in the act by the police and sentenced to three months in jail right away.

“What can a man like him, who’s already a famous songwriter, do but write a song about an ordinary man suddenly becoming a legend?”

La ballata del Cerutti is a series of moments frozen in time: the suburbs, friends’ pranks, a bad night that can happen out of the blue, experiences in prison, the reputation of being a “tough guy”. This was Milan in the ‘60’s. This was Giorgio Gaber’s background.

Giorgio was a shy guy, and a bit physically weak. But his attitude was anything but fragile. The only way for him to cure his blues was not medication, but to dedicate himself to his great passion for music.

Music had always been part of his life: his father was an accordionist, his brother loved to strum his guitar. When he was 14 years old he broke his hand. It took him only a moment to grab his guitar and start to play, to exercise and to gain his mobility back, at the same time healing his scars. 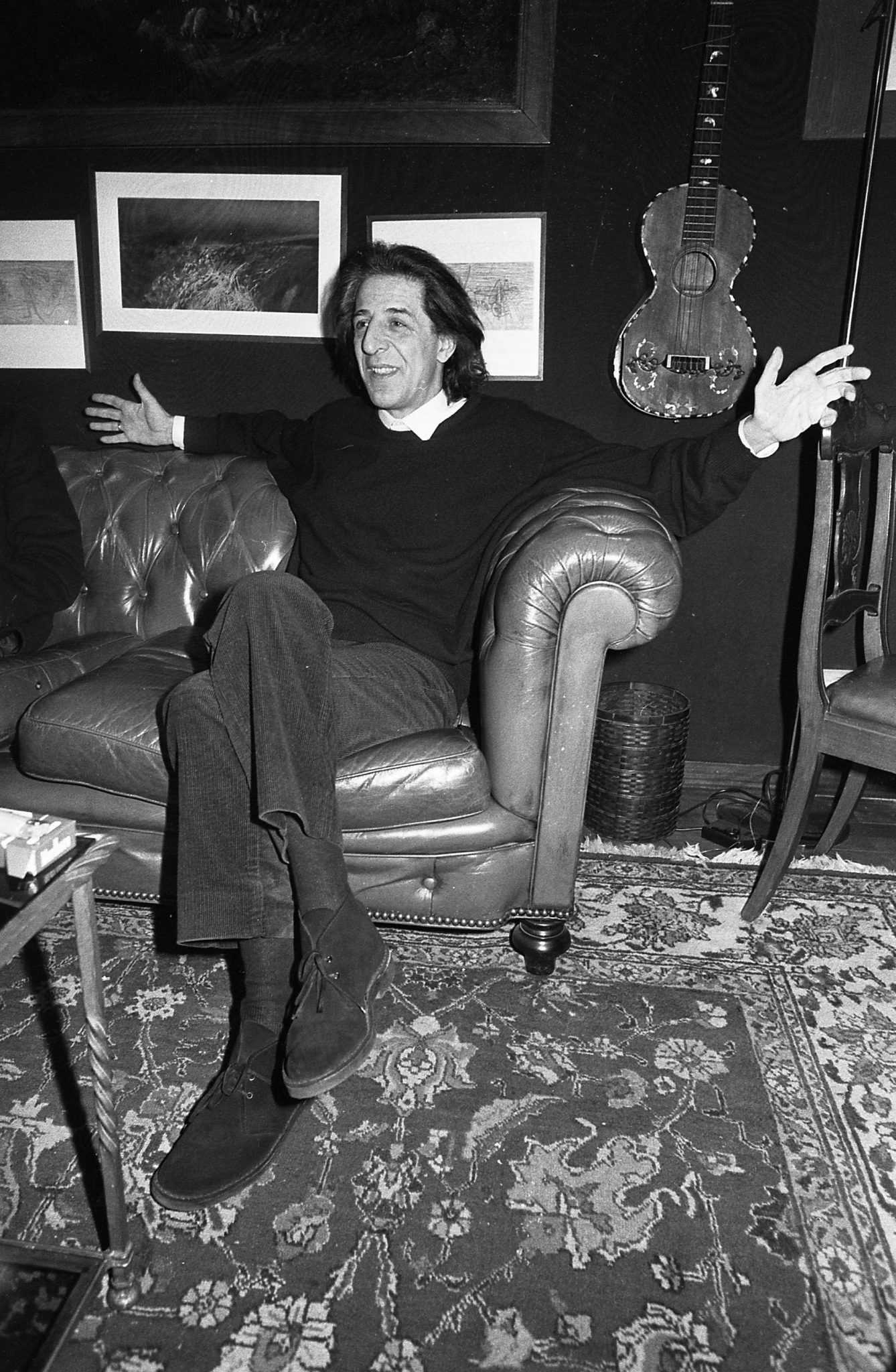 His first musical experiences were as a backup guitarist for a very eclectic artist named Adriano Celentano, who was the opposite of the quiet and straight-shooting Gaber. This didn’t stop the multifaceted Celentano from choosing Gaber as the guitarist for his rock-and-roll shows ― an American genre he and famous songwriter Enzo Jannacci introduced to Italy. It was during Celentano and Gaber’s jam sessions in Milan’s Palaghiaccio venue that they gave birth to a new genre.

It is now 1958. The shy Giorgio began to realize that he loves to tell stories, to talk to people through his music. So he decided to put all his energy into writing, because of even more than singing, this is what he really felt was his true talent.

More than singing, in fact, Gaber speaks; he communicates, carries the listener away with his charismatic voice, giving his lucky audiences attending his poetic shows rather than simply vocal high notes.

His newly-created genre, Teatro Canzone, quickly rose in popularity. At the same time, he created a new way to experiment with music: theatre was now bound with a musical narrative. The musical project ‘Il Signor G’ (“Mr. G”) was his personal and direct way to comment on society with his beloved city as a natural background.

From the very beginning of his career, Gaber gave “his people” what they wanted, but also what they still do not know they wanted. His first rock concerts, his concept of popular music, his simple and easily identifiable lyrics, were a part of him but also part of us, the audience, as seen through our eyes too.

His powerful and poetic lyrics grappled with the ironic topics of his time regarding his Milan– topics linked to his humble origins, social images, and a utopian idea of politics.

“Where will, love, and passion exist, you will find me there.”

Gaber’s characters in his songs were usually common people, that through his eyes, could become pioneers. He saw them as an unstoppable wave, even more, powerful when linked together through their personal destinies. That is why his lyrics always resonated with people: they were a vision of sharing collective drama, and of belonging to the present but also to the future, looking for a substantial change in fighting society’s predefined patterns, letting the emotions lead the way.

Gaber became a well-known eclectic artist. He had TV shows with singer Mina, and his songs topped the charts; he was famous for being a controversial artist, lover, storyteller, theatre man, narrator, and political activist.

During each one of these different pursuits, he never forgot where he came from. He always kept his city, his people, and his country on his mind.

“I am not feeling Italian, but unfortunately, yet luckily, I am Italian.”

These words are his last testament, a reflection of the present time. And this sentiment encapsulated what he loved the most. When he died in 2003, at the end of his funeral, journalist Massimo Bernardini epitomized the real essence of Gaber’s message, that will be forever missed:

“God took from us one of those souls who had the freedom and the ruthlessness to tell us who we are and where we are headed.”

Be aware: tattooing isn’t just a job; it’s an art. With this in mind, we thought to meet the artisan Gianmaurizio Fercioni, an Italian and old-fashioned tattooer based in Milan. He’s probably the most famous one in Italy and he opened his first tattoo studio in Milan. Gianmaurizio really is a unique figure: he represents […]