Is there any charm in ‘mafia’ style?

We don’t ever take ourselves too seriously. The Godfather and The Sopranos are to cinema and television as Homer is to myth. Although in different years and contexts, these two titles have made the gangster movie genre bleed ― outlining the epic criminal story.

Stories of the rise and fall of the seductive and grotesque masks, an entire crime code translated and made accessible to the general public. If we talk about the turning point in the mafia narrative, no work holds pace with The Goodfellas. 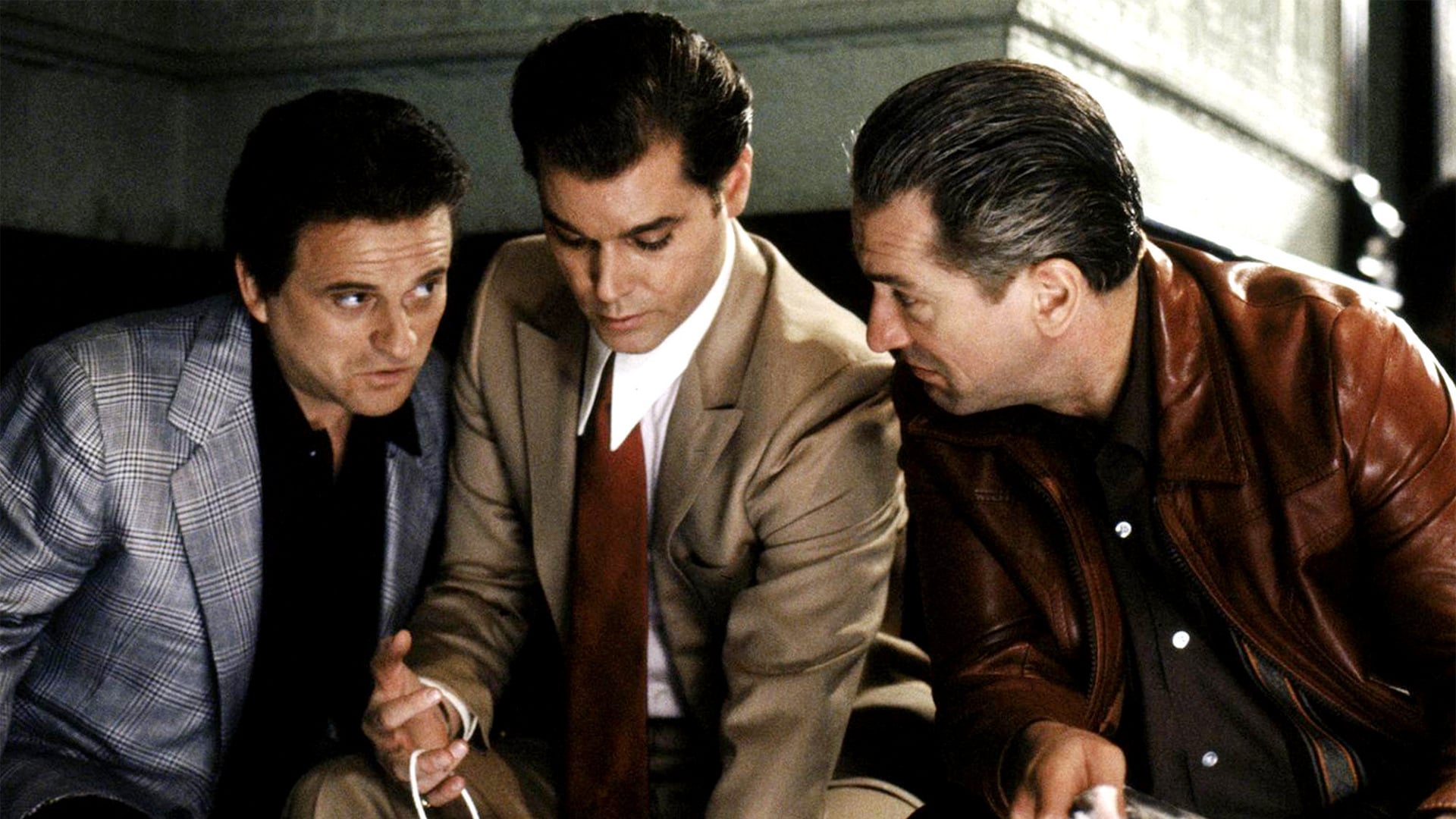 Directed by Martin Scorsese in 1990, this movie is an explosion of rhythm, language, and colors; a cocktail capable of overcoming Coppola’s classic system, while simultaneously anticipating the pop shocks the HBO series.

Adopting the metrics of the “coming of age novel and feeding on the ink used by Nicholas Pilleggi in the bestseller Wiseguy, the plot brings to the screen the true story of repentant Henry Hill (Ray Liotta), a young Italian-Irish man, who started as a simple boy and managed to sit among the leading exponents of the New York mafia.

The verbal mimicry of the film and a cast of utmost level ― from Robert De Niro to Joe Pesci, awarded the Oscar for the best-supporting-actor ― flies a movie that throbs with violence and instinct. More than by power or submission, the viewer is fascinated above all by the aesthetics of a masterpiece that hits its audience with images.

“As far back as I can remember, I always wanted to be a gangster. To me, being a gangster was better than being the President of the United States.”

If it is true that evil has never ceased to exert a certain attraction from each of us, the savoir faire of ‘The Goodfellas’ owes a lot to its locations but, above all, to the looks that costume designer Richard Bruno tailored to the good boys. 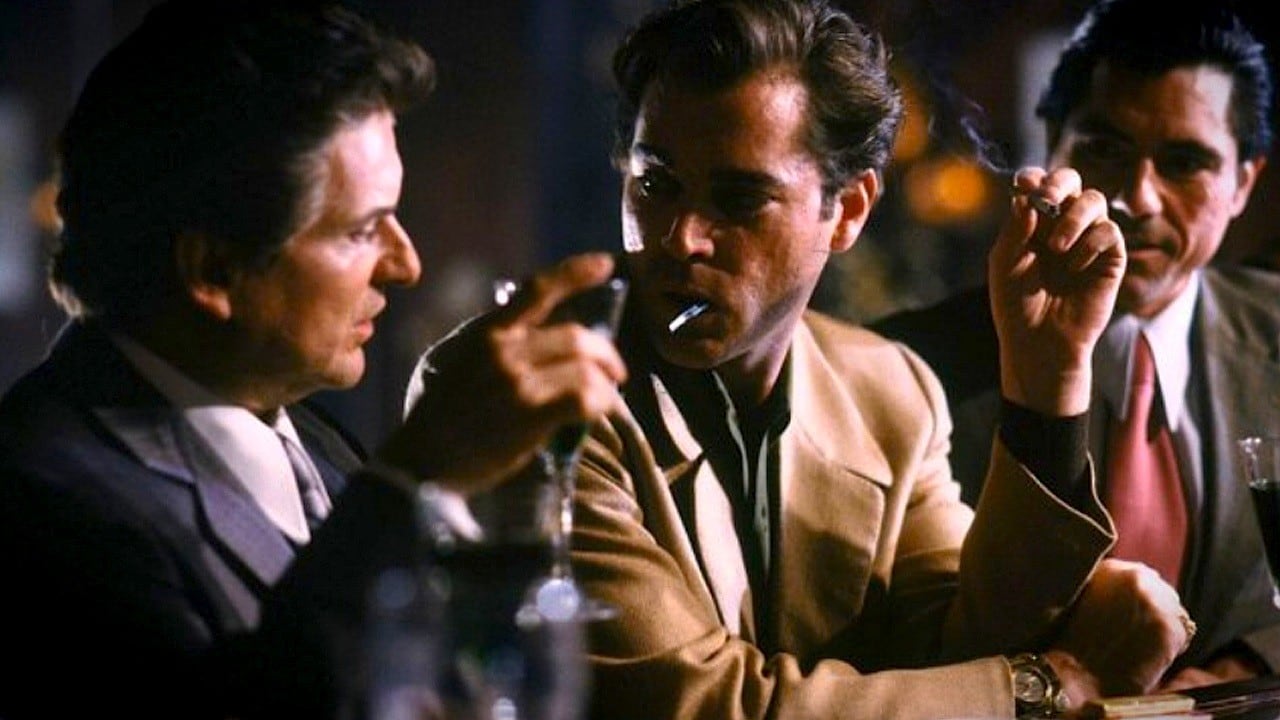 Inspired by the 1950s, Bruno chose the shirts, destined to become part of the big screen mafioso’s basic kit.

“These outfits are distinguished by an ultra-long and narrow pointed collar ― called ‘mafia’ or ‘continental’, being typical of Europe.”

This style is accompanied by a Windsor knot tied on a matching shirt, revived by geometric drawings or a carmine red. 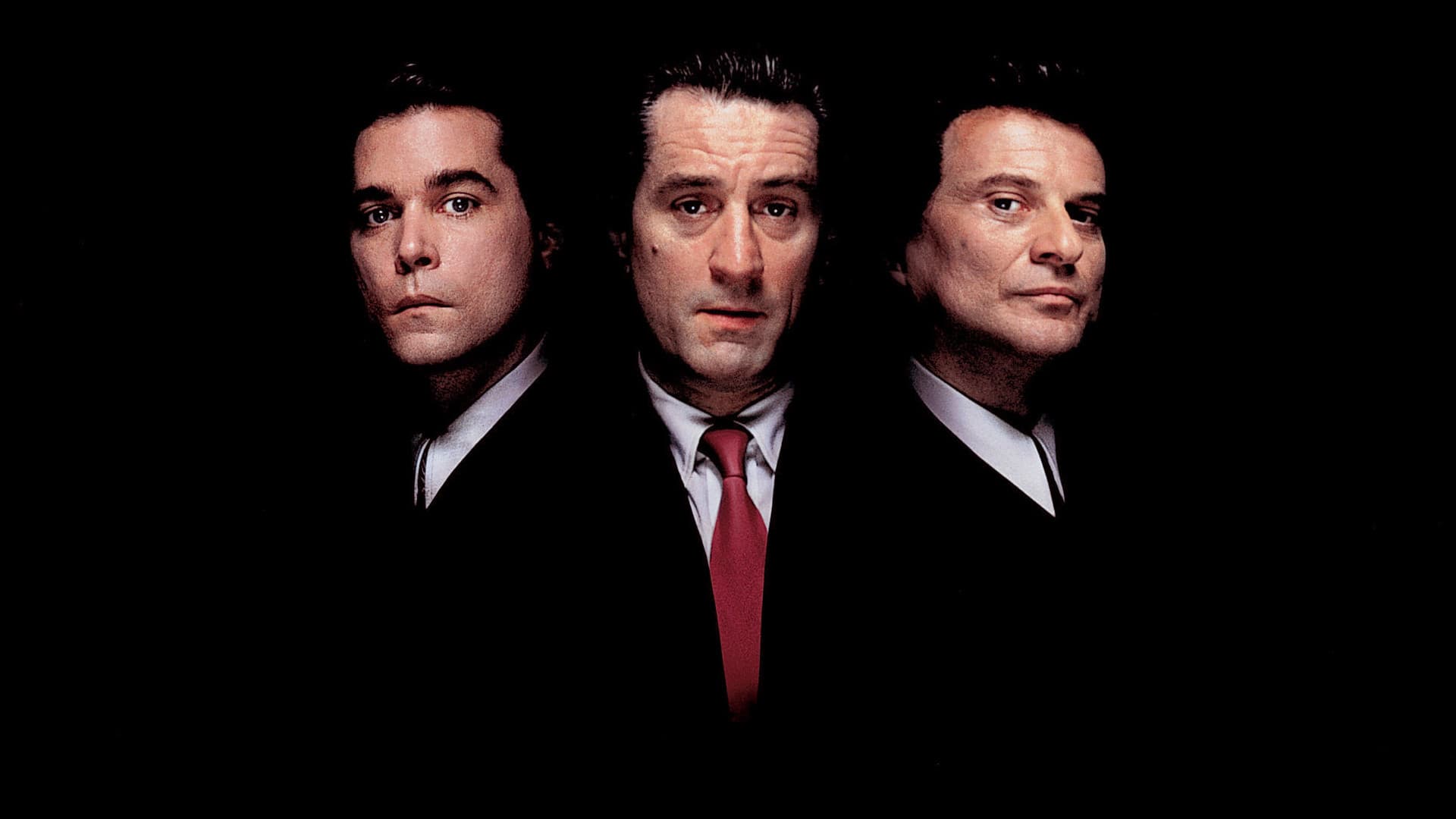 Especially gifted in men’s fashion and style, the American costume designer mainly chose Armani as his favorite label, as shown by the suit given to the main character to mark his official entry into the adult criminal life.

To the delicate taste of King George, a more showy and aggressive tone, typical of a 1970s Little Italy, is preferred on stage. Here comes the red velvet jackets or olive-green nuances, as if to underline the uniqueness of Henry Hill and his underworld parable. 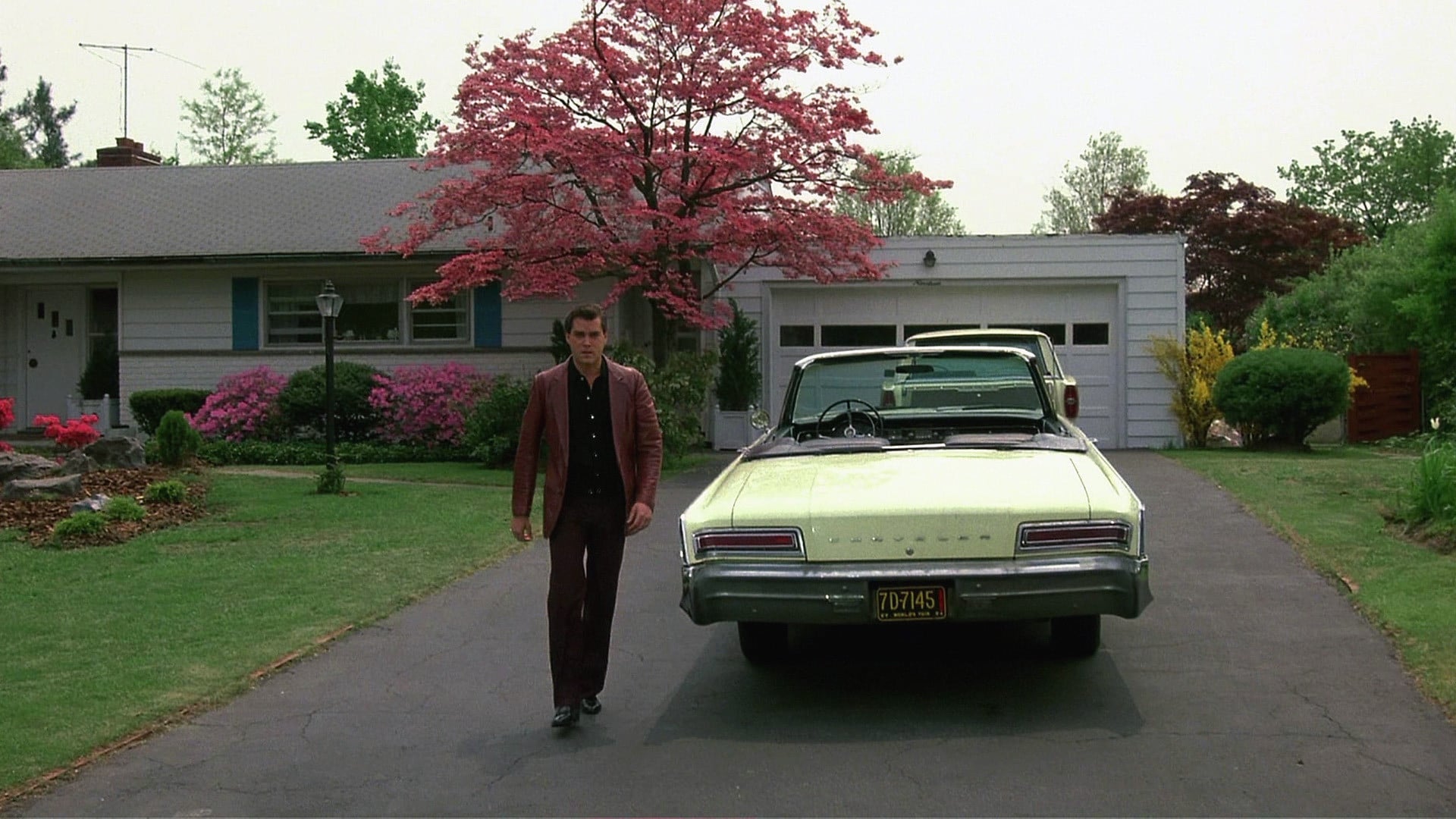 But in the characters’ wardrobe, we also find the typically striped shirts, with a wide and open collar on the chest, to show glimpses of gold necklaces and white cotton singlets.

In contrast, the brown leather sports jacket flaunted by Hill during the famous scene where the abuser is beaten disappears as soon as the boy’s youth passions come to an end. To replace it, there is a more responsible casual blazer.

“And we were treated like movie stars with muscle. We had it all, just for the asking. Our wives, mothers, kids, everybody rode along.”

Unrolled over several years, this story of ordinary violence is told by Henry himself. To his voice, however, the one of his wife, Karen, is added. 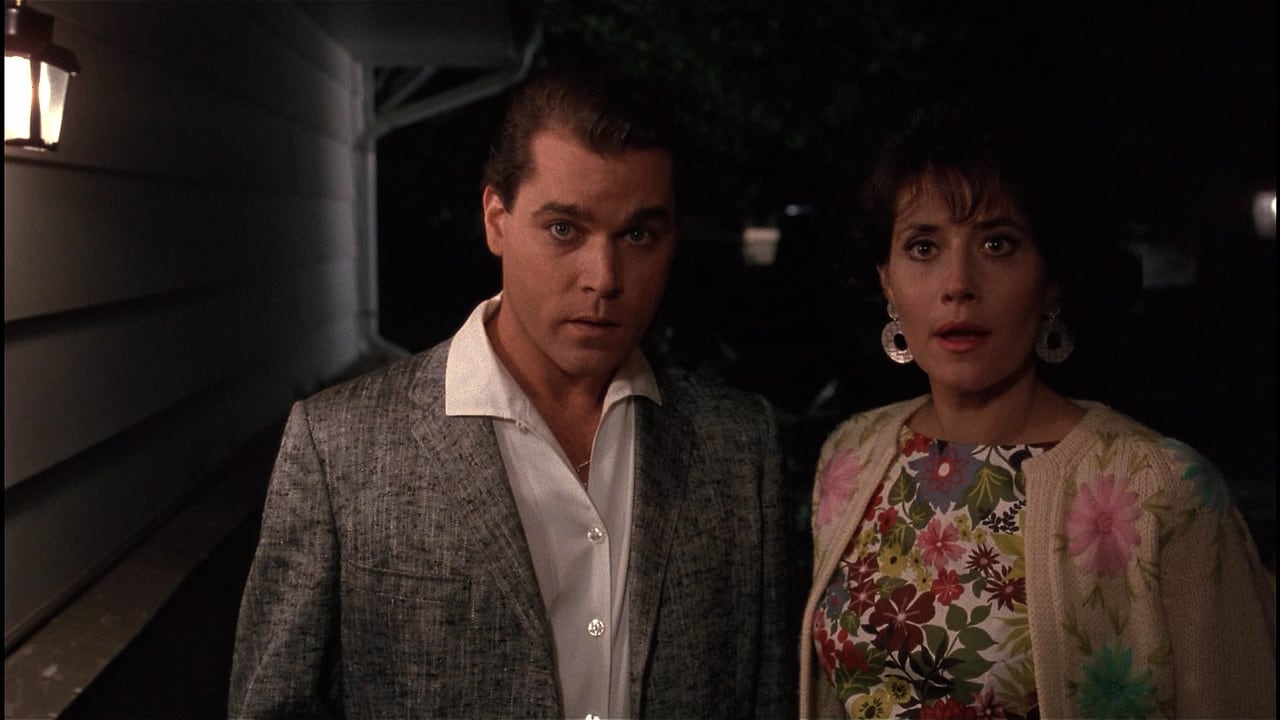 Seduced by Liotta’s icy stare and by the luxury displayed by the mafia, Lorraine Bracco’s acting finds support in a look that changes and grows along with the awareness of the activities in which her husband is involved and the acceptance (more or less definitive) of their role within the family.

“Met at the beginning of the film in the role of the good American girlfriend, the young woman soon becomes the first lady of a gangster.”

And her sweet face is framed by diamond earrings, illuminating her gaudy, though tailored, clothes. Precisely in these small details, so minute and yet so precious is the grandeur of a film that tells about passion and death, of vertigo and misery. 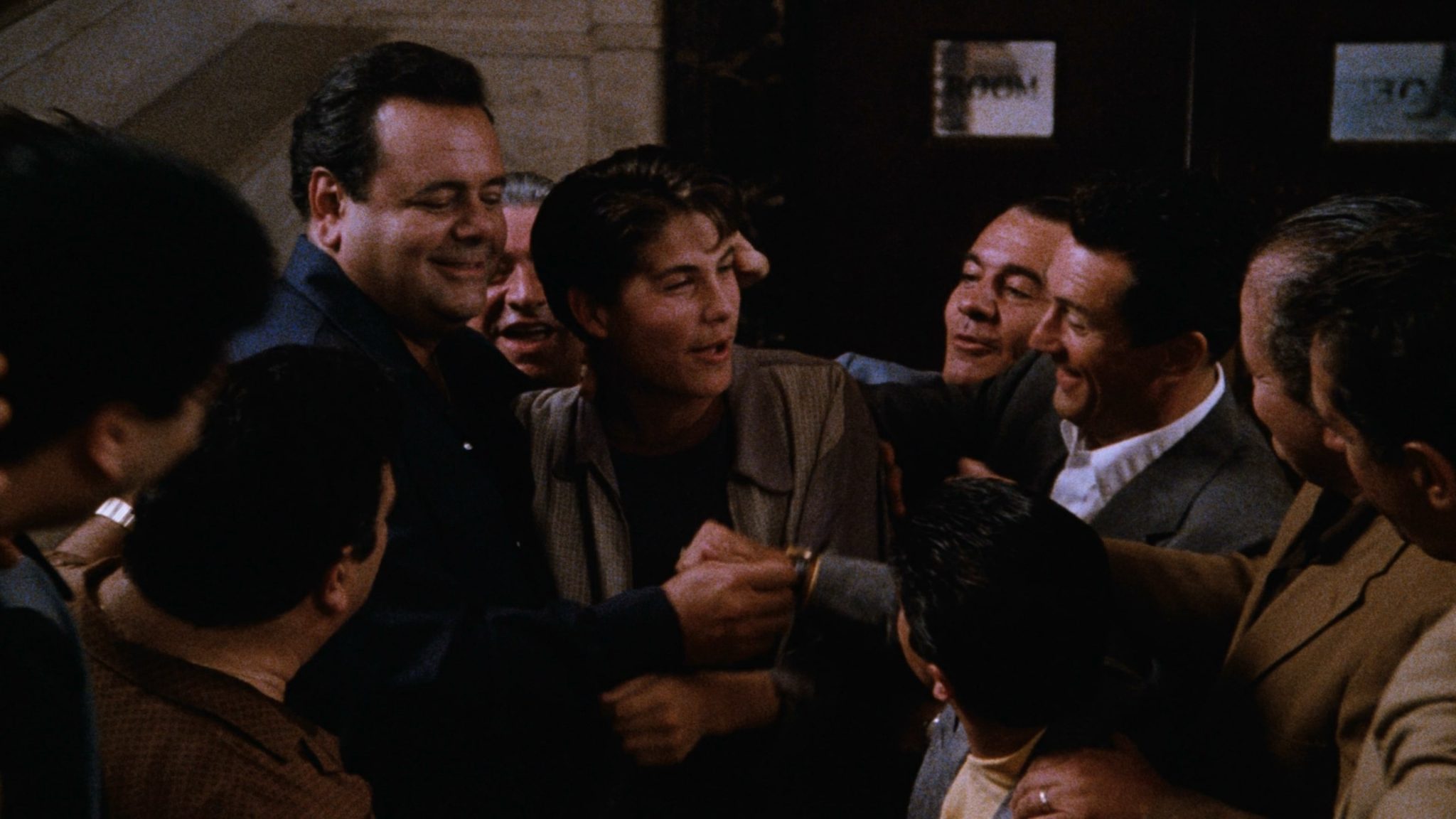 But this is first of all a trip to New York made of drugs, death and sex: a city and a humanity that Scorsese portrays as beautiful and desperate at the same time. Without even trying to show a pinch of compassion, but packaging them with his usual, irresistible style.

Davide Riparbelli and Enrico Spaggiari are the founders of the RS Historics, a classic car racing team in Albiate, which is very close to the well-known Monza racetrack. They opened the track in 2013, building upon their long-term friendship that began when both worked with major British racing teams. Their story is a nice one […]