In Emilia-Romagna, Italy, more specifically Bologna, is a place well-known for its love of everything auto. Bologna is the place where Maserati ― the car company that after 100 years still bears Neptune’s trident, the symbol of Bologna, on the hood of its cars ― Lamborghini, OSCA, Abarth, and Ducati were founded. It is the city where many companies developed top-notch products, and where mechanics and race car drivers grew up.

“Many legendary races passed under the Two Towers. In 1927 there was the Grand Prix of Bologna. And up until 1957, the drivers of the 1000 Miglia raced among the roads of Bologna.”

From the twenties up until 1969, the Bologna-Raticosa hill climb ― also known as the central leg of the European Hillclimb Championship ― took place.

From the sixties until the nineties there was another famous hill climb close to the city: the Vergato-Cereglio. There was also a special stage of the Giro d’Italia Automobilistico that passed through Piazza Maggiore ( the heart of Bologna) in 1979. There were champions such as Villeneuve, Patrese, Alboreto, Brambilla, Rohrl, Merzario. 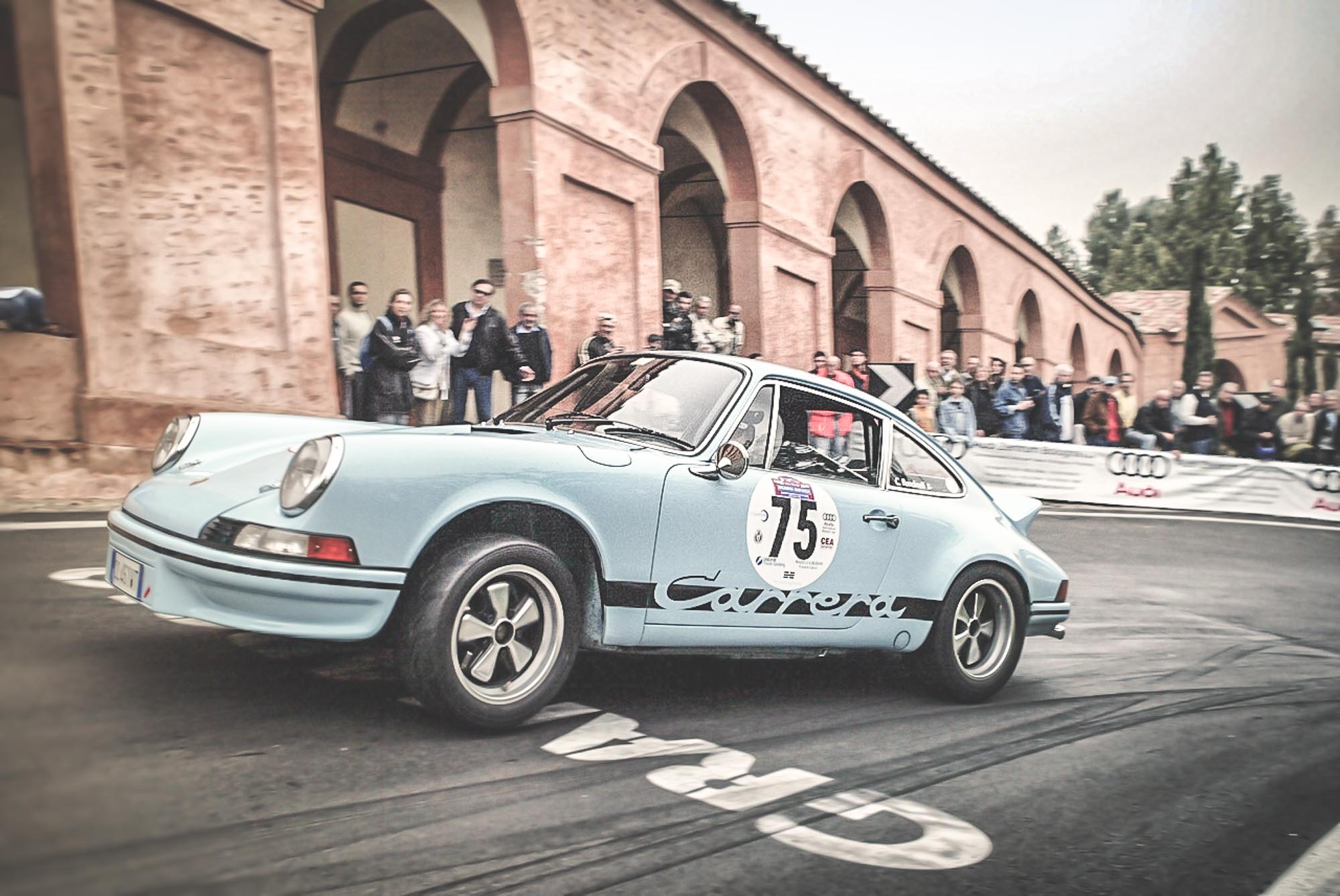 On July 15th, 1956, the first attempt at the world’s shortest hill climb took place: the Bologna-San Luca. Less than 2 kilometers long, the track was situated beside typical country roads, culminating at a historic church. Over 200 hillclimbing specialists attended the 1957 edition of the race.

“1958 was the last original race, not only using cars, but also featuring primordial go-karts. Then, there was a ‘black hole’ for many years, as the race seized operations.”

The Bologna-San Luca was used as a special stage for the Rally Petroniano in 1982. It was then used for a few classic car regularity races, which did not draw an immense amount of interest. Thus, the track mainly focused on the Formula 1 Grand Prix in Imola and a few minor rallies.

With the goal of bringing a classic motorsport event back to Bologna, on October 24, 2004, after 46 years, Mr. Francesco Amante revived the hill climb race, featuring historic racing cars. The event’s success was met with enthusiasm, and since then, this famous race takes place each year, warming the hearts and the engines of car enthusiasts.

After 46 years, thanks to an entrepreneur fascinated by classic cars, the San Luca race runs once again. On the track, race drivers fight against time, and crowds form around each one of the 300 arches that run beside the road to San Luca’s church. Used to shelter worshippers during their trip downtown up to the church, more than 600 arches were built between 1706 and 1715 in a great architectural project. 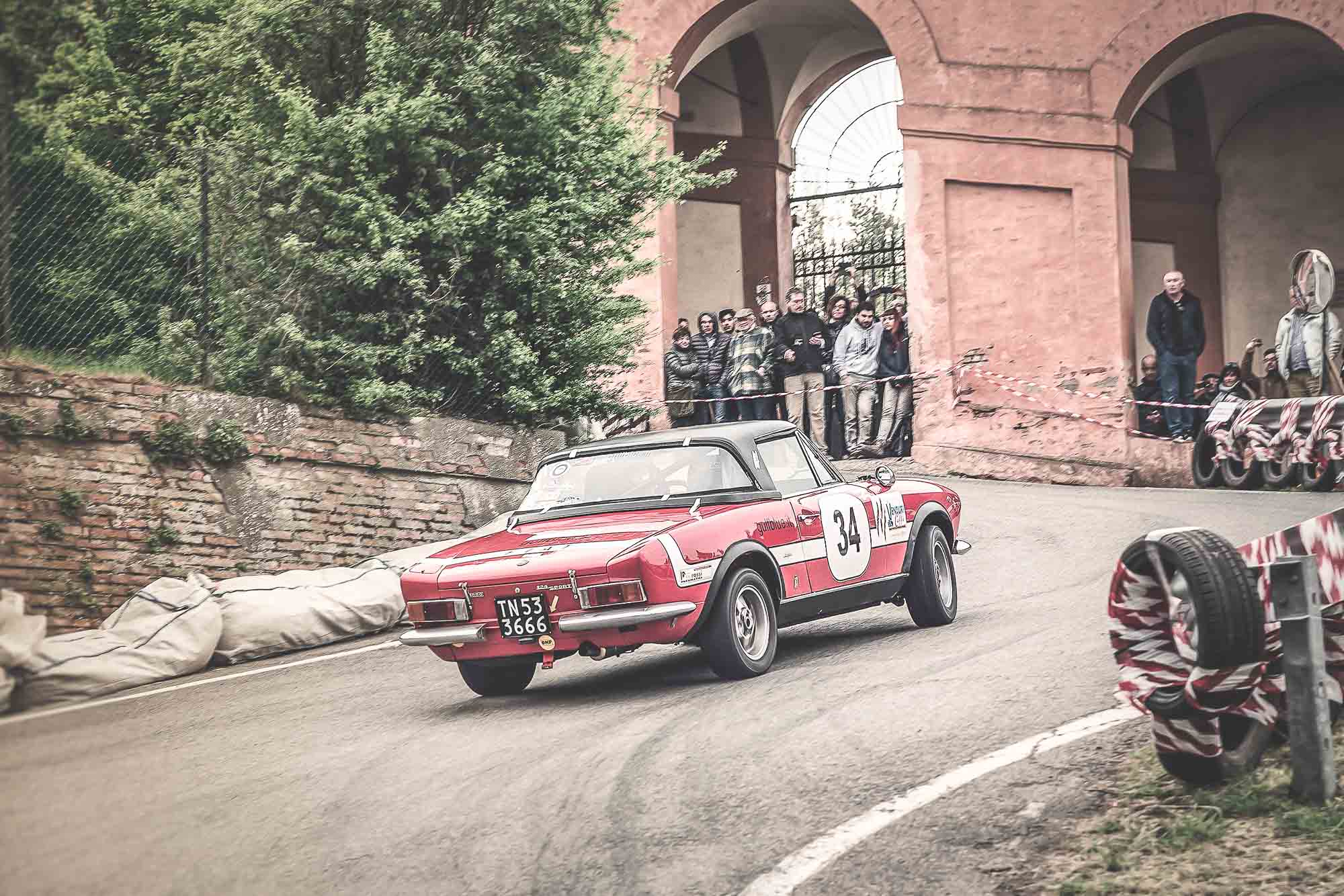 After 300 years, the church still remains the ultimate goal. Bolognese first walked there, in the first years of the twentieth-century people used the first automobiles, then later, everyday vehicles transformed into racecars, taking off bumpers and hubcaps for 1950’s Bologna-San Luca. Finally, nowadays, the church is reached using the fastest classic cars. 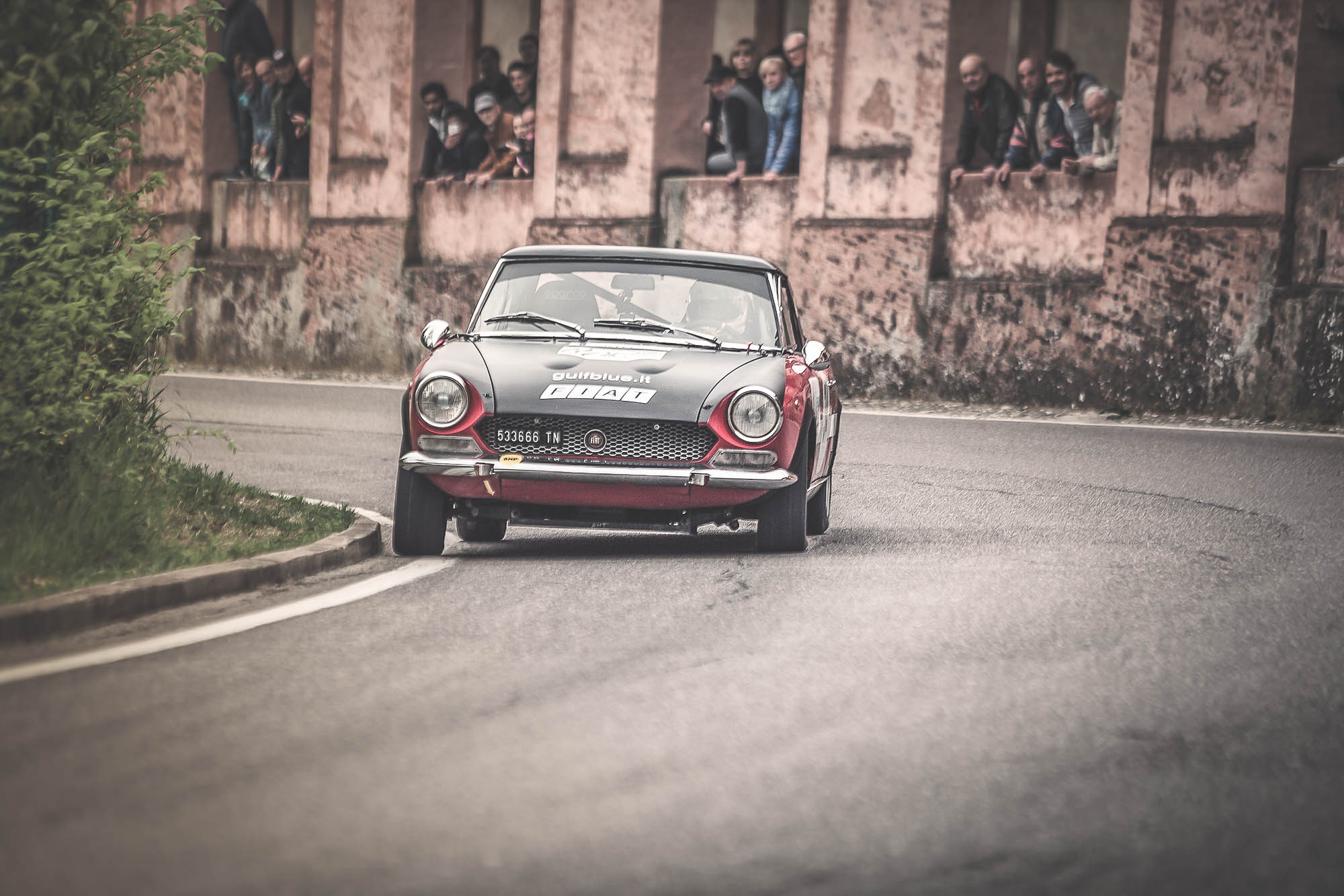 In 1958, the record time was 1 minute and 20 seconds by Odoardo Govoni with a Maserati A6GCS. Now, with restored 70’s and 80’s-era race cars, the chronometer stops in a mere 1 minute and 5 seconds.

“Today, the Bologna-San Luca hill climb still represents a rare occasion to enjoy a challenging classic cars race, walking along history and taking it all in.”

After a brief journey, people reach the well-known bend of the Orfanelle. This spot is always crowded with spectators, who are curious to see the performances of Alfa Romeo, Maserati, Ferrari, Osca, and the unforgettable 600 and 500 Abarths. All the action takes place at the world’s shortest race.

The name “Michele Alboreto” may seem of little importance nowadays, especially when you compare him to other drivers from the same generation. To jog your memory a bit, the movie ‘Vacanze di Natale’ (an iconic 1983 Italian comedy movie) gives a snapshot of just how highly regarded he was during his prime. In one scene […]