‘A means of happiness’: the bicycle, 200 years later

Today, Wednesday, June 26, the first patented bicycle turns 200 years. A wonderful anniversary, full of history and passion, which we decided to celebrate with a special interview to Rossignoli, a historic bicycle shop in Milan, a real reference point for bike lovers.
Maybe you will be fascinated by its over 100-year-long history, or maybe by the colorful bicycles they sell, or maybe by the skilled mechanics who repair bikes and give their customers advice ― for certainly the charm of this historical store will conquer you ― our editorial staff was conquered, too! So we met Matia, who is running the fifth generation of the family brand. 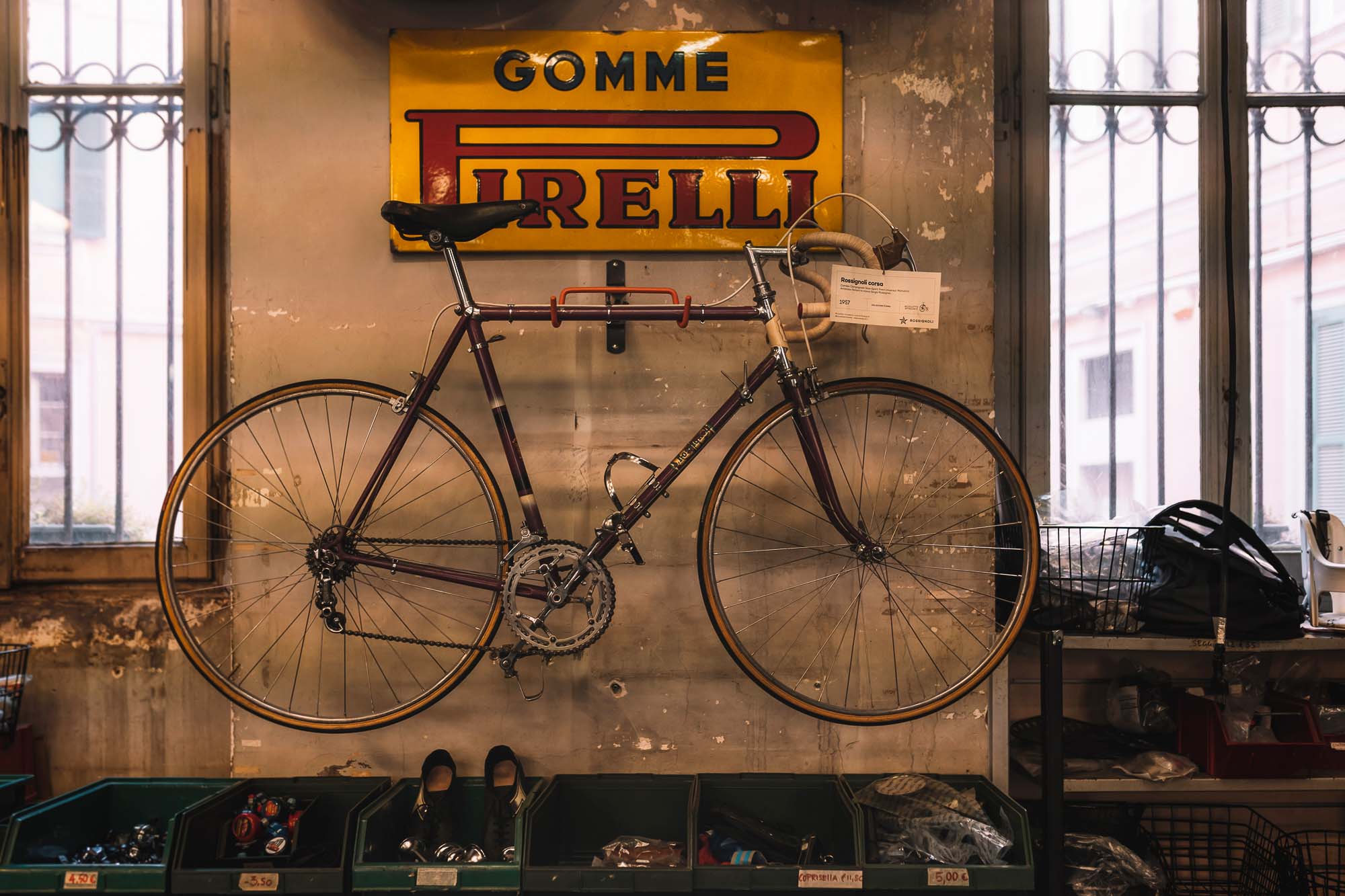 Rossignoli was established in 1900 by my grandfather’s grandfather, whose name was Giorgio. He moved from Arena Po, near Pavia, and settled in Milan where he opened his first bicycle repair shop.

His sons joined him and they introduced the manufacturing of their own bikes with the Rossignoli brand, all the while keeping their bike maintenance and repair business ongoing. In those years cars were not so widespread yet, so bike repair and production businesses worked out pretty well.

The Rossignoli shop we know today, based in Corso Garibaldi, represents what I call the “2.0 stage” of the business ― its second life. My grandpa Sergio owned 3 shops in the south of Milan, but they were destroyed during World War II.

Then he decided to move here ― at the beginning, he set up a hangar at number 16 of the street, right in the middle of the rest of the rubble from the War bombings, but a couple of years later, in 1948, he found a better location at number 71. There is where everything started. 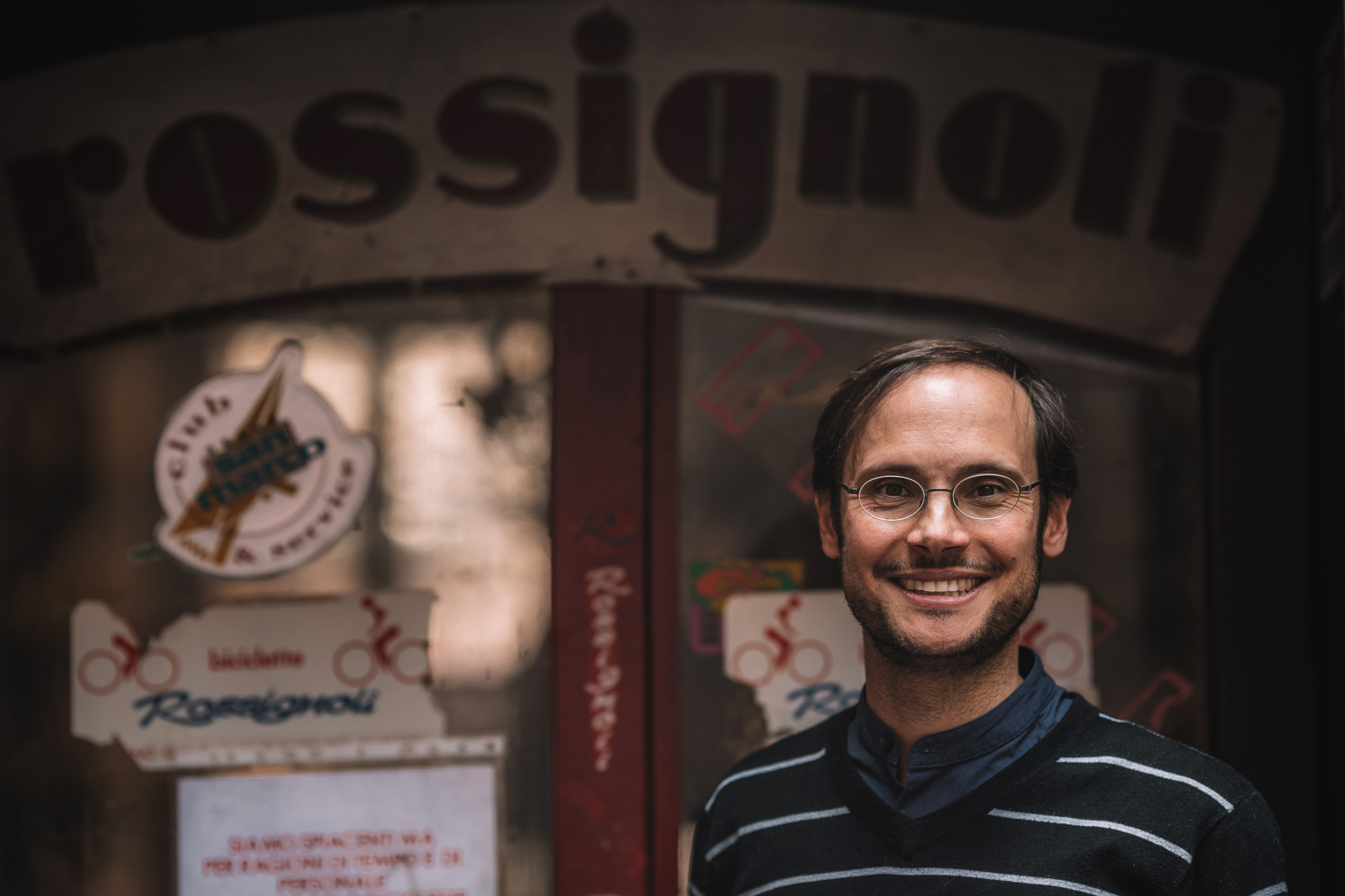 What is an ordinary day in the Store like?

First, you must know that Rossignoli has a double face: we have our Store, where we sell Rossignoli bikes and much more (i.e. Bianchi or Cinelli bikes as well as technical clothing); then we have our Firm ― where I run almost alone ― which is our manufacturing/production side.

In our Firm, the ordinary day is very different from the one in the Store: you meet the frame maker, you talk to the painter, you invent a new bike model.

As a company, we are very committed to Made in Italy for our manufacturing and production: our frames and our painters are Italian ― and this has many pros and cons: you get a high quality standard, and on the other hand you often have payment issues.

Then, there is the day in the Store: a beautiful side of Rossignoli is it being a historical shop with loyal historical customers ― a large group of elderly people with very precise requests – but also bike enthusiasts and fanatics who need to repair their racing bikes, as well as food-delivery riders and many others. 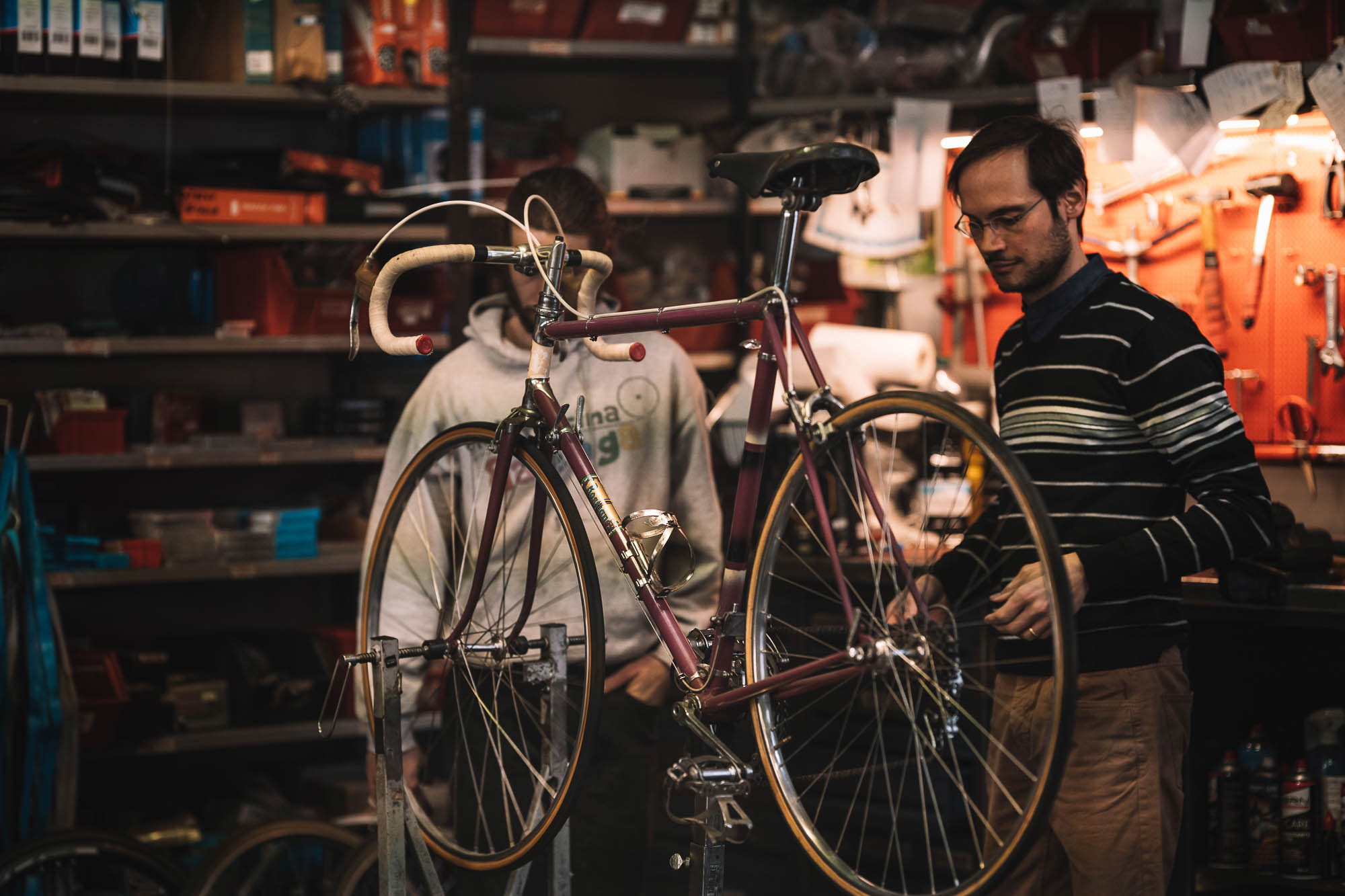 Do you have a wide clientele?

Absolutely. It is difficult to portray a standard customer. We sell bicycles for everybody: from students to bike fanatics, from historical clients to the newcomers in the bicycle world.

Of course, we sell some bike models ― such as the Gravels (bicycles with a racing setup, also suitable for trails and dirt roads, ED) which are normally good for bike fanatics only, but we also sell second-hand bikes and other models, suitable for everyday use.

Sometimes people see us as a less affordable brand than what we actually are, mostly because we’re in the city centre. I feel sorry for that, and I am also sorry when I have to say “no” to some of our customers’ requests. Here at Rossignoli we try to satisfy everyone’s needs as much as we can, as we were born as an affordable brand for the people, much like all the historical shops in the centre of Milan.

When we moved there to the Garibaldi neighborhood it used to be a working-class area, but now many things have changed ― nevertheless I try to keep the original spirit of our shop alive. 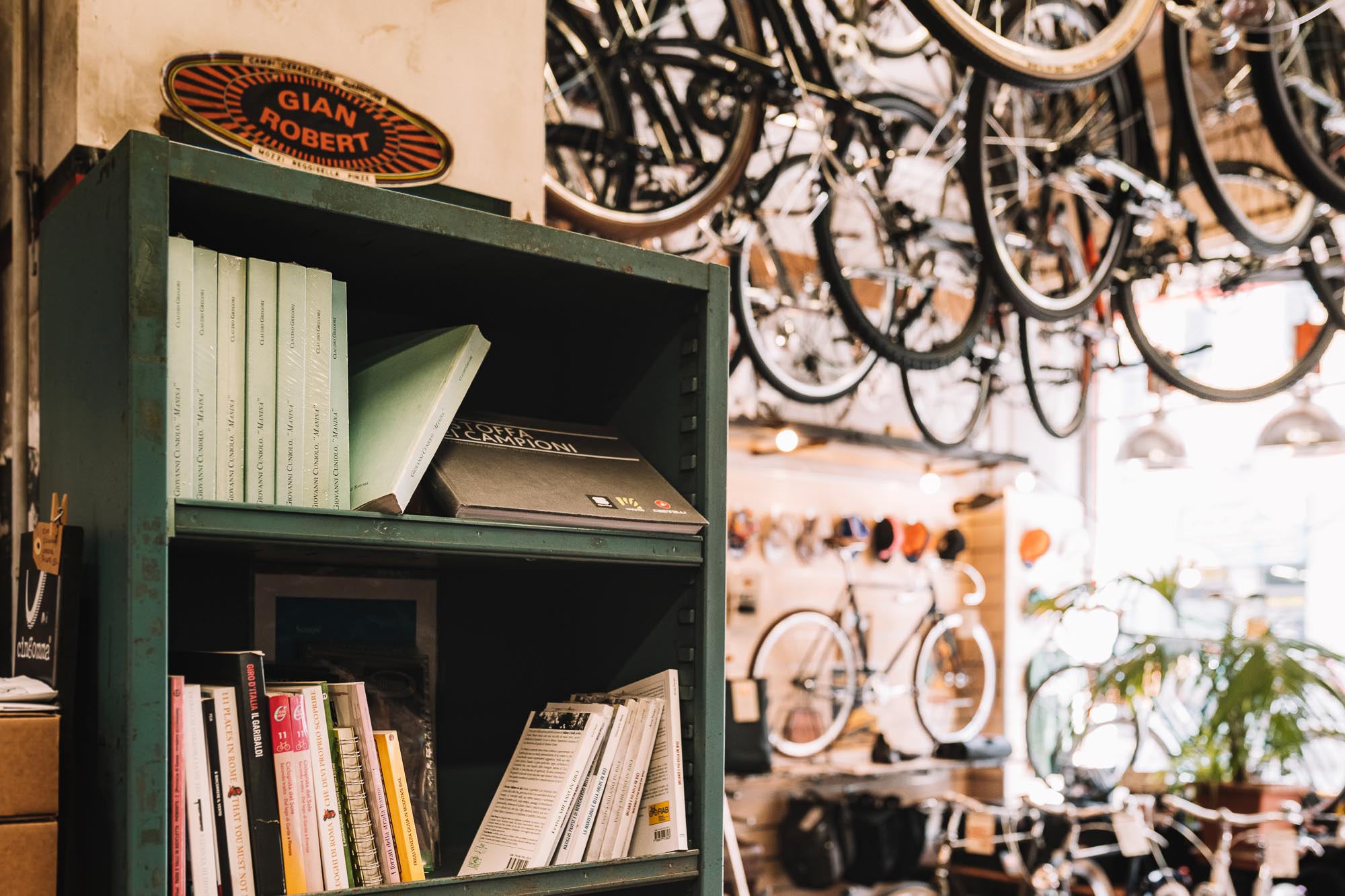 What is your everyday bike?

Bike lovers choose different bikes according to their needs. I believe the bicycle world is an amazing one and I always compare it to a fruit bowl for the various choices it offers.

I use a city-bike everyday, with an aluminum frame, a back seat for my child (until last year I also had a front seat, because I have two children!) and of course a basket, which is essential to carry items or bags around.

I personally believe that the bicycle is a much better vehicle than the car, and I can say that without prejudice: for me it is really comfortable! And then I have my racing bike for trips outside Milan: that’s a whole new world! 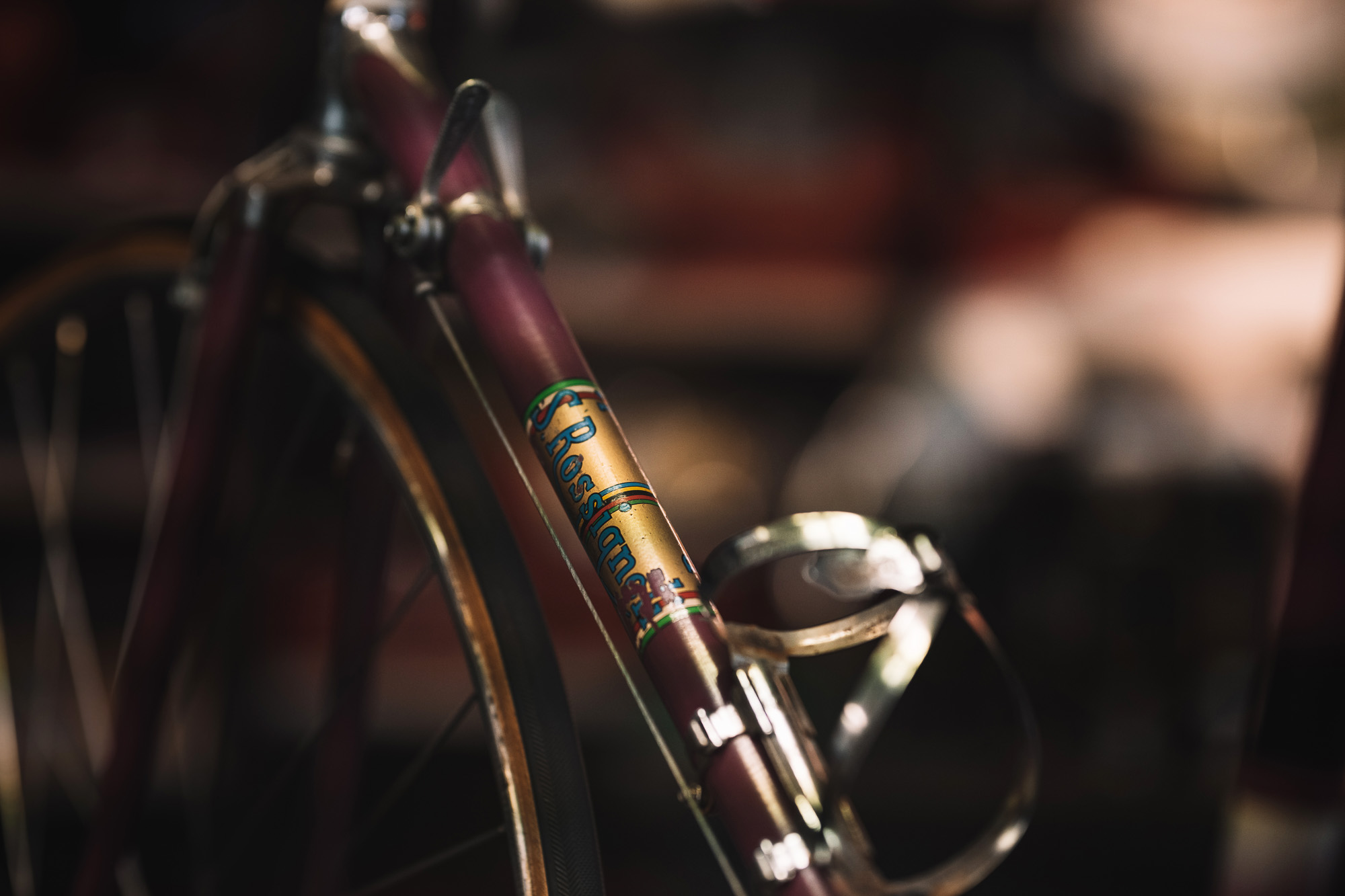 In more than 100 years of history you have experienced the transformation of Milan, with its tastes and trends: how has the city changed for the bicycle use in the last few years?

The bike is a means of transport that everyone would want to use in the city: but there is a strong safety issue, both for the risk of bike thefts and for it being dangerous to ride in the streets.

If Milanese Institutions would take these issues into account, as Amsterdam, Barcelona or Seville did, the percentage of people using bicycles would definitely increase, as it has increased all over Europe. There is a huge potential and it wouldn’t take much to let it grow.

Generally speaking, I would say that town-people use bikes mostly for urban rides. Over the last few years we have experienced a significant increase of female presence in the bike sports field, which I believe is very positive.

What are the most unusual requests you receive in your work?

Of any kind! Someone comes to ask me to duplicate keys, someone asks me for fishing rods. Last but not least: a customer asked for fuchsia glitter on a shiny black bicycle ― I have to admit that the final effect was awesome! I can definitely say that one of our values is the ability to create a total customization to best adapt to the requests we receive. 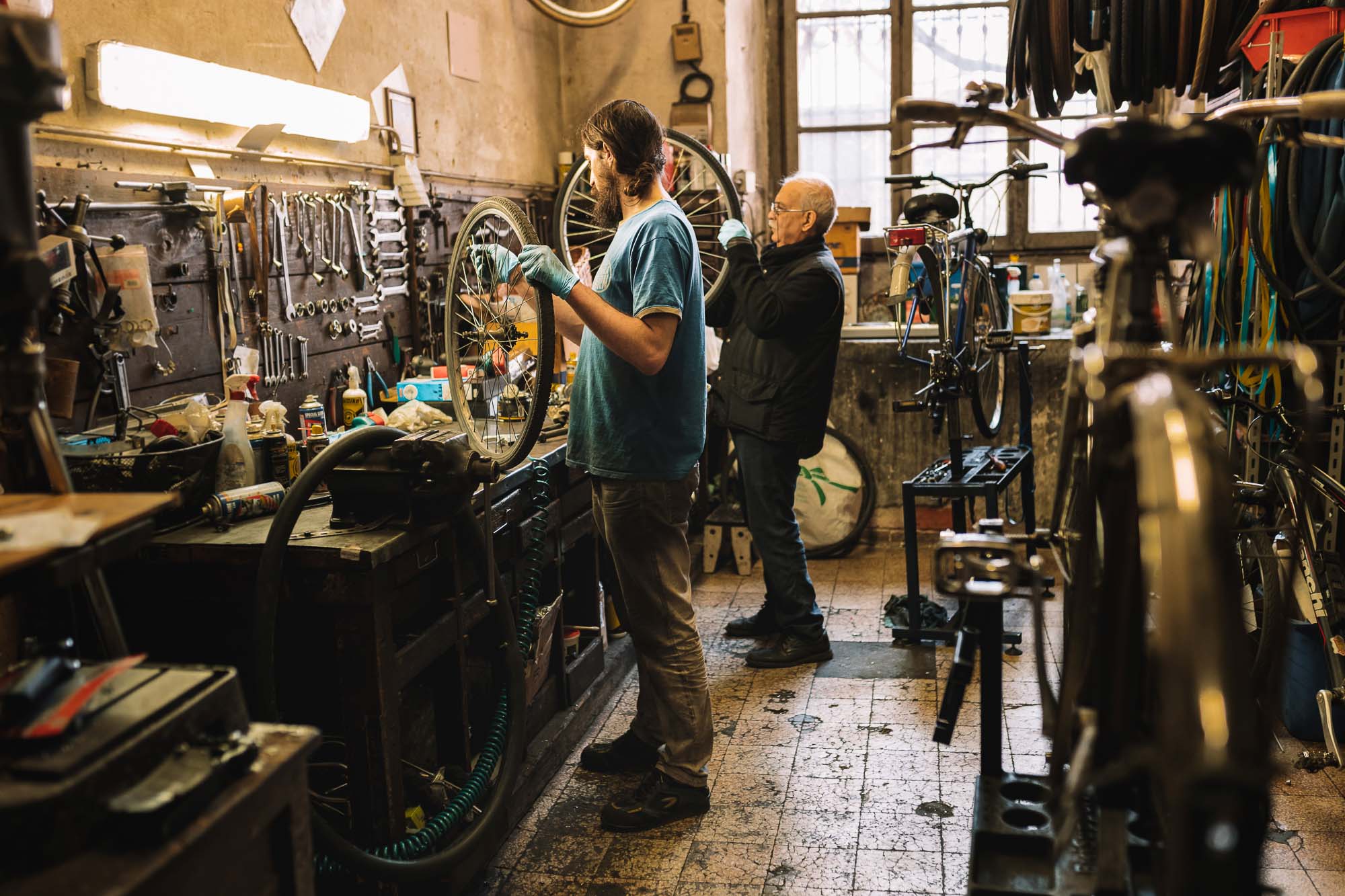 Tell us something about the exhibition “Found Bicycles”.

We have been organizing it for 12 years, during the Milan Design Week, in the 2 courtyards of our shop. We exhibit the most important collector’s bicycles in Northern Italy: Pantani, Coppi, Bartali, from Nineteenth Century bikes to the latest bikes owned Christopher Froome, the most important cyclist today.

We exhibit racing bikes, city bikes, work bikes and military bikes: it’s a craft and a history of beauty, as much as it is local history, because Milan and its surroundings have given birth to several “home-made bike” artists like Masi, Colnago and De Rosa. We have been organizing this exhibition (free admission) since 2007, when the Design Week in Brera didn’t exist yet. And I’m very proud of it.

What do bicycles represent for you?

Bicycles are my life, but I don’t consider myself a fetishist: I consider a bicycle as a means to move and a means of happiness, because it helps me to relax when I ride in the city. I think it’s also a means to express oneself: ranging from its colors to choice of materials, it is always a way to show one’s personality.

Tell us about the bike tours you suggest in Milan.

We organize requested tours, because I love Milan and I know its every route! I also brought several team building groups around the city, and I had a lot of fun. I like to help people to discover our city. We also organize some bike tours in Italy, thanks to the support of our friends outside Milan.

A tip for those who still don’t use a bicycle (because of traffic-fear or laziness).

People who live in the city center certainly have an advantage, because itis a pedestrian and “bike friendly” area. Outside the center people have to be more careful.

Anyway, I suggest to try to ride, studying the routes well (e.g. avoiding congested avenues) and taking care of your own and others’ safety; it means having an orderly bike, having the lights on, going in the right direction.

A bicycle is a means of transport and it should be considered as such: you can arrive sooner everywhere, with the right precautions.

From the roar of petrol to the hiss of electricity: unimaginable 70 years ago, when the world championship was born. And yet the electric motorbike world championship is a reality today. On September 15th, along with the MotoGP, the MotoE also took to the track: the Grand Prix of San Marino and the Riviera di […]