Let us take a few minutes to talk about coats. Many of us know with relative familiarity the evocative Peacoat, worn by both the Crown’s and the American sailors, which with different accents exalted its iconic simplicity.

On the other hand, some will know that the front closing with that particular fastening can only belong to a Duffle Coat, which borrowed its nickname “Montgomery” from the English officer who made it his second uniform. Could we possibly miss mentioning the very peculiar Raglan coat sleeve? Clearly not, because we are not that kind of people.

We are the ones who spend the summer days longing for the beginning of autumn, the smell of the first chestnuts, those crunchy leaves to step on and 11 degrees in the morning that could justify at least the lightest of coats within our collection; even when winter comes and with it the murderous claws of frost, we do not yield in favour of clumsy down jackets, because we like to see fabrics flapping about (let’s hold that against Hollywood).

We have single-breasted ones, which we often match with jeans and sneakers for less formal outfits, and some double-breasted too that we choose when opting for the elegance of the Duke of Windsor.

“We, the coat-people, see it also as the final touch that momentarily conceals (at least until we are safely indoors) another of our fabulous sartorial compositions.”

As Tom Hardy shows us, first in the role of Bane with a shearling beast of a coat, also of military inspiration and then in the garbs of Taboo’s gloomy James Keziah Delaney wearing a long coat similar to those used in the 1970’s, the right overcoat can also serve to add thickness to an already large silhouette, creating a strong and impacting shape.

Try to imagine Humphrey Bogart in Casablanca and any other star of a noir film without the classic double-breasted trench and maybe you’ll start feeling as bad as we do, the coat-people. 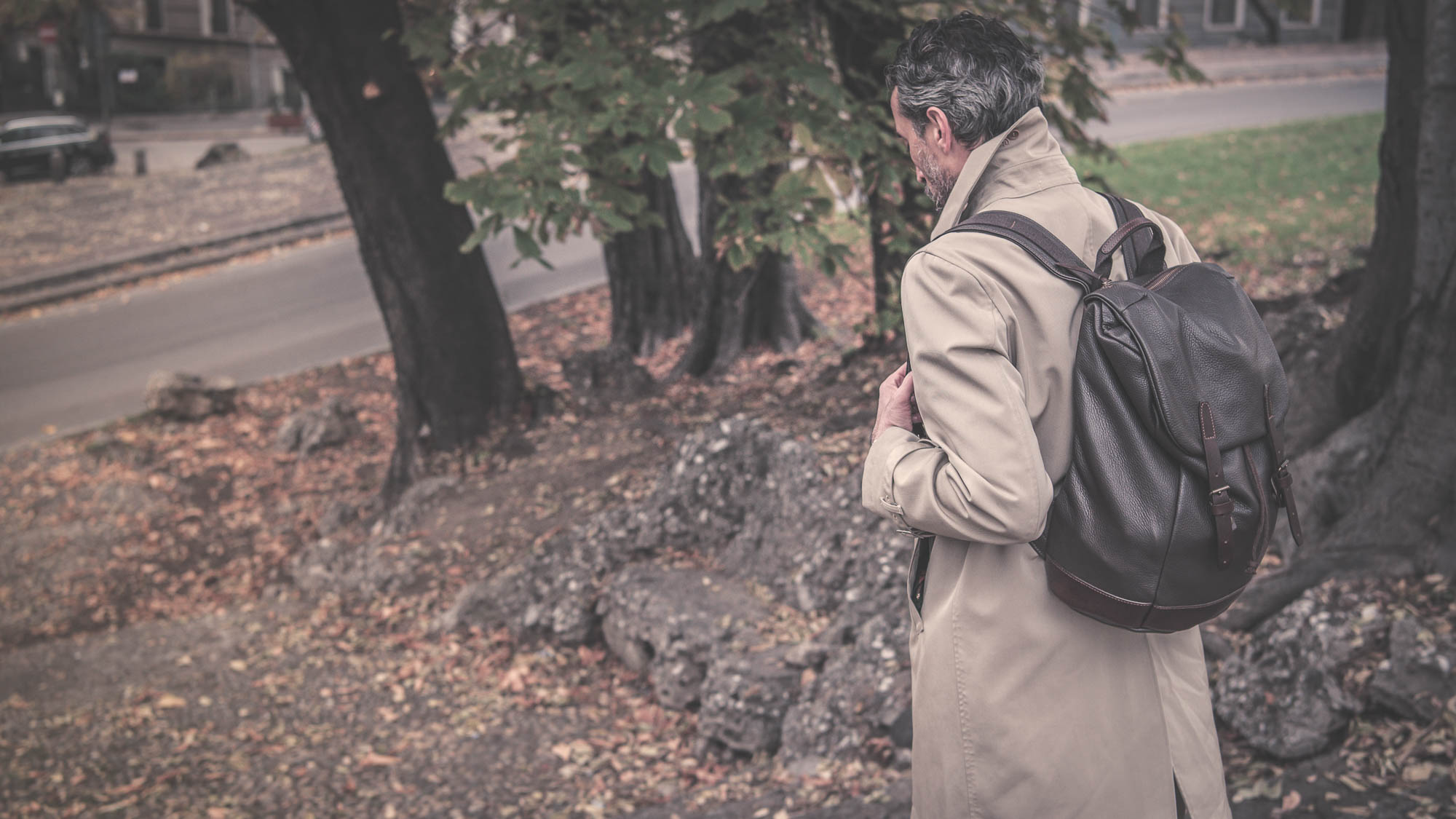 We ache truly and utterly, when we see how nowadays, most of you prefer the artificial gloss of puffer jackets and the baggy silhouettes of parkas to the rich draping of coats; it pains us especially because we’re aware of a sartorial legacy that is rarely found outside of Italy and that we can only see with the great protagonists of our movie industry, like with:

“Ugo Tognazzi and Gassman Senior or the obvious Mastroianni and DeSica. Senior DeSica, that is.”

Like many pieces of clothing, the coat has changed a lot over the years: from the military origins that still distinguish some of today’s models for the comfortability and freedom of movement that they leave to those who wear them, to the models that have a nobler and more classic legacy, the coat has stretched, narrowed, enlarged, and shortened, moving alongside the dogmas dictated by fashion.

Les jeux sont pretty much fait when it comes to men’s clothing since everything has already been created and what is now proposed as innovative to the new generations may look old to those who lived in the 60s or 90s.

“For a coat-lover such as myself, this translates into the awareness of the existence of a huge archive to take inspiration from before looking for a long coat that kisses the ankles or a loden coat with the central pleat that makes its way up to the shoulder blades.”

However, one must be be careful because alas not all coats were made to fit every type of physique: a man with a low or medium stature, but with not particularly long legs, may risk quite a lot with a long coat as it would only serve the purpose of decreasing his perceived height from an external observer.

Nevertheless a scrupulous and objective observation of the current available models on the market, is likely to satisfy anyone; except those who are particularly sensitive to the cold. We’ve got nothing but contempt and down jackets for them. 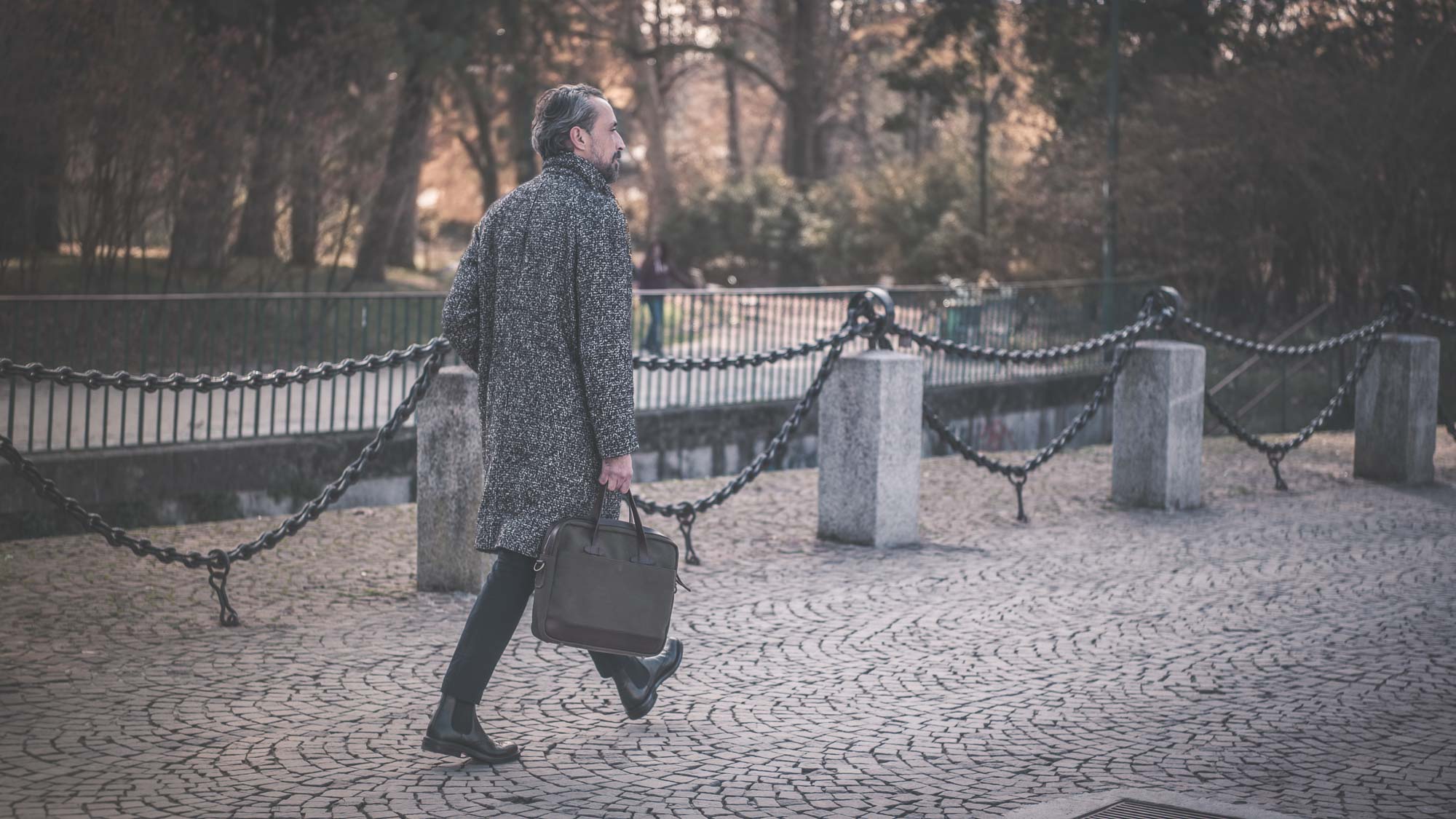 Photos by Ludovico Bertè with Daniele Siciliano and Luca Scalambra

Elegance is the strongest legacy that Pier Paolo Pasolini left behind, but also one of the most overshadowed qualities when speaking about his art. The director, poet, and literary thinker from Casarsa is among the leading interpreters of the 20th century, examining its values, problems, and culture. Pasolini was a master of elegance in his […]