Men’s business: the history of the silk tie

Every time you get close to a woman’s closet you get nervous ― it’s a cursed space, and above all, chaotic. You handle it like a man though, with the serenity and the conviction of knowing that you have a much more laid back wardrobe. Well, at least until you meet the only object that makes you panic: the tie.

Yet, despite it always triggering a bit of insecurity, it’s something you desire and somehow love deep down. With the help of master craftsmen, we will guide you through the story of the tie’s invention, to better understand why it is still a much sought-after accessory. 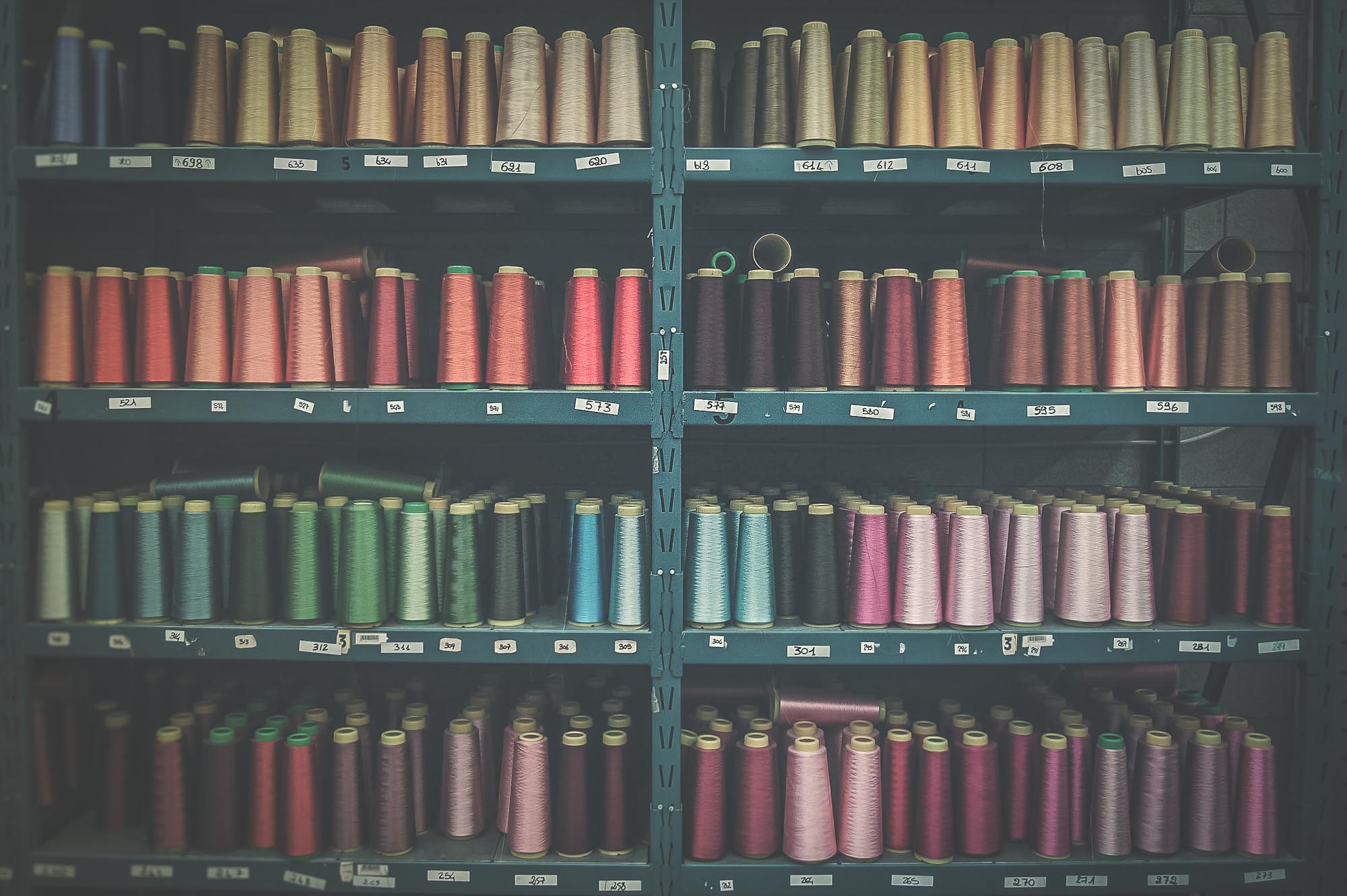 Where does the tie come from?

As long as fabric spinning has been around, decorative elements for the neck have existed. The concept of the tie, however, really took off during the 17th Century: the name “cravat” comes from “crovatto,” a term used when referring to the Croatian cavalry who used to wear foulards.

Its form took shape towards the end of the 19th Century. At first, it was an elongated version of the neckerchief tied with the four in hand knot, and then it later took on a style very similar to that of modern day. This brings us to the beginning of the 20th Century.

The first ties were made of white linen. Very quickly, however, silk became popular in the tie manufacturing industry, since it was a precious and elegant material.

Why is silk so precious?

Silk manufacturing has ancient origins, the secrets of which were passed down generations. Currently, the silk worms chosen for the best yarns still come principally from China, followed by India, and Brazil.

The silk worms are born in broods of almost 300 specimens, whose larvae each weave their own silky cocoons. Right before hatching, the cocoons are steamed, and the thread is unrolled with a special brush.

Each worm produces up to 1500 meters of silk thread ― some have reported up to 3000 meters. However, only half the thread or less can be used. The worm’s natural glue residue is removed with soap and, from this step onward manufacturing of the unrefined silk can start.

A lot of silk goes into a tie: for example, a yarn as long as the distance between Milan and Rome is enough to make two ties at most.

The manufacturing of the tie fabric can be done by hand or with the Liba machine. The handmade method is the most expensive.

The pattern of the tie can be created through printing ― both silkscreening and digital ― or during the weaving process using the “jacquard” technique. The famous Italian city of Como is still one of the world’s foremost textile leaders in these methods. 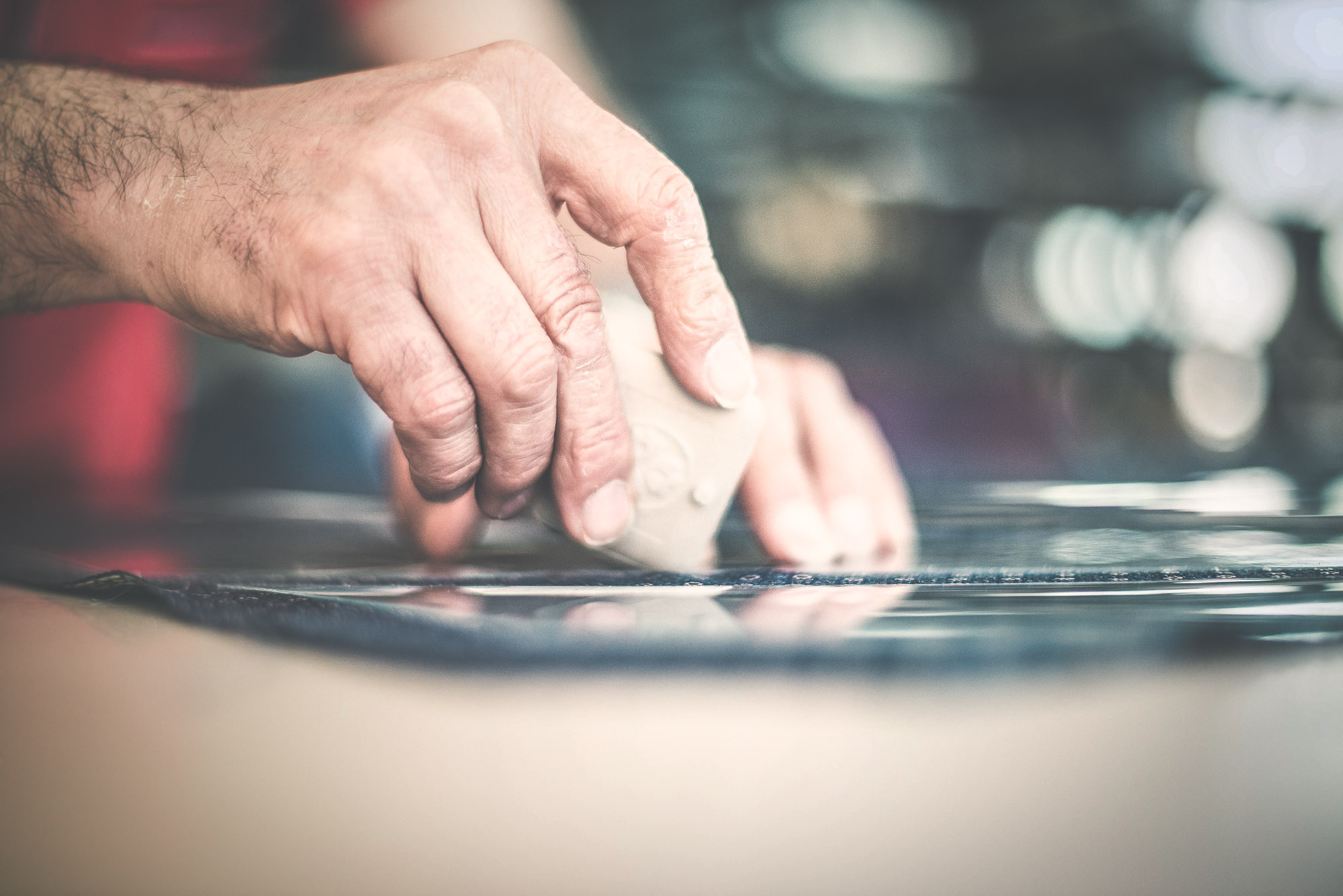 What are the specifications of a tie?

Ties have an ideal width between 7 and 9 centimeters, depending on fashion trends and brand. The length depends on the height of the man, but it’s never less than 145 centimeters. When worn, it should fall below the waist, up to the edge of the belt.

To create a tie, three different parts are assembled (or, in the case of the French carré manufacturing technique, 2 parts). The parts are: the blade, also known as the tip, which is the visible front part; a neck, the part surrounding the length of the tie; and the tail, which tops off the ties.

Two more parts are necessary to complete a proper tie: the silk lining and the support, or interlining (made of wool or wool blend) that acts as a guide and reinforcement for manufacturing. 7-fold ties don’t have interlining because they have enough supportive thickness on their own. 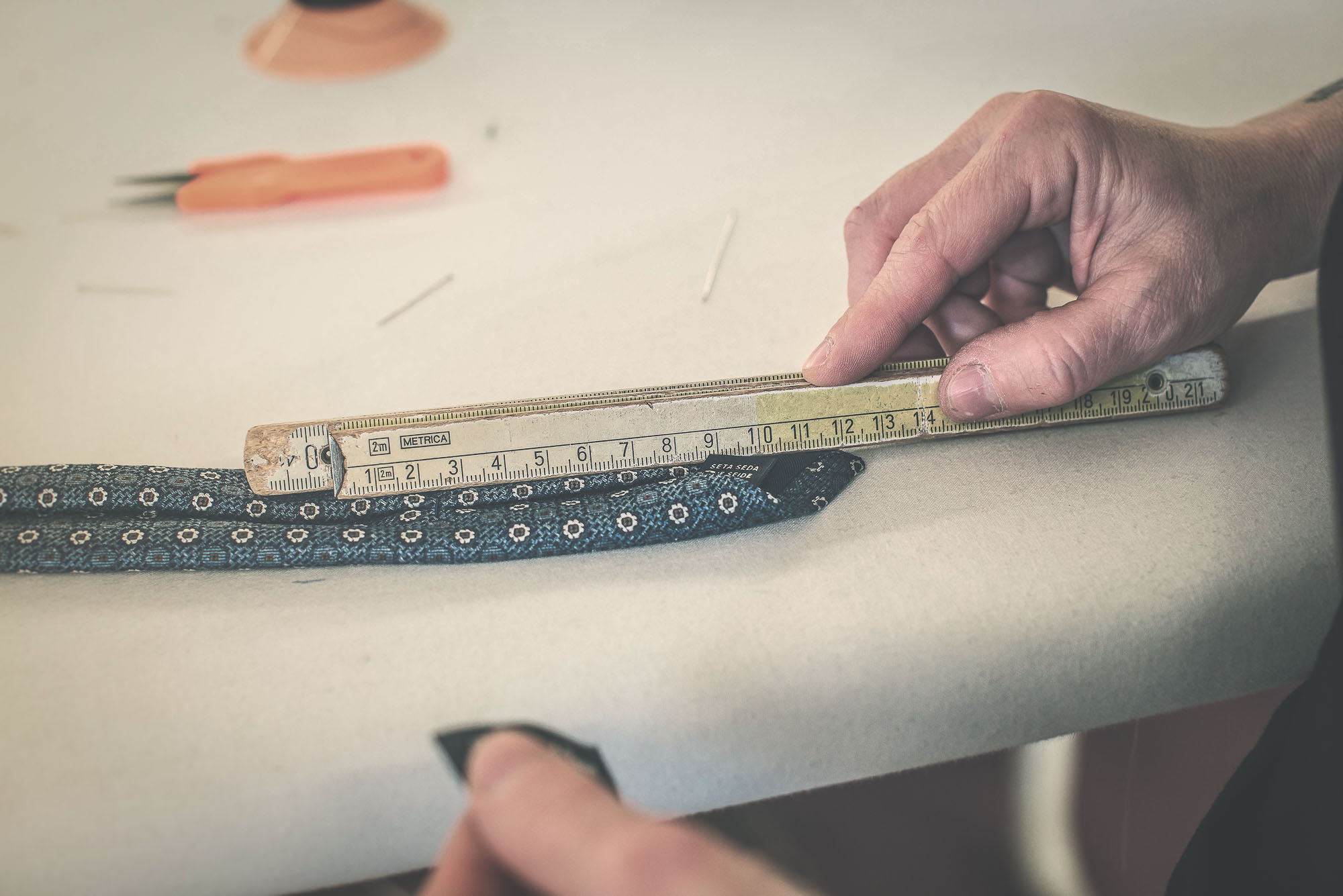 How to sew it

The widest tie is the 4-fold one ― also known as “double four folds.” With this tie, the lining is sewn to the blade and the tail, making three pinces. The fabric is then pinned according to the correct width specifications.

By using a single thread the bar tack is created at 15-20 centimeters above the end of the tie, then an internal eyelet ― or a “slip stitch” ― is made, which is useful for pulling the thread and getting the right shape of the tie. At this point, the tie is trimmed to length. In many ties, a keeper loop is added to hold the tail in place when the tie is worn. 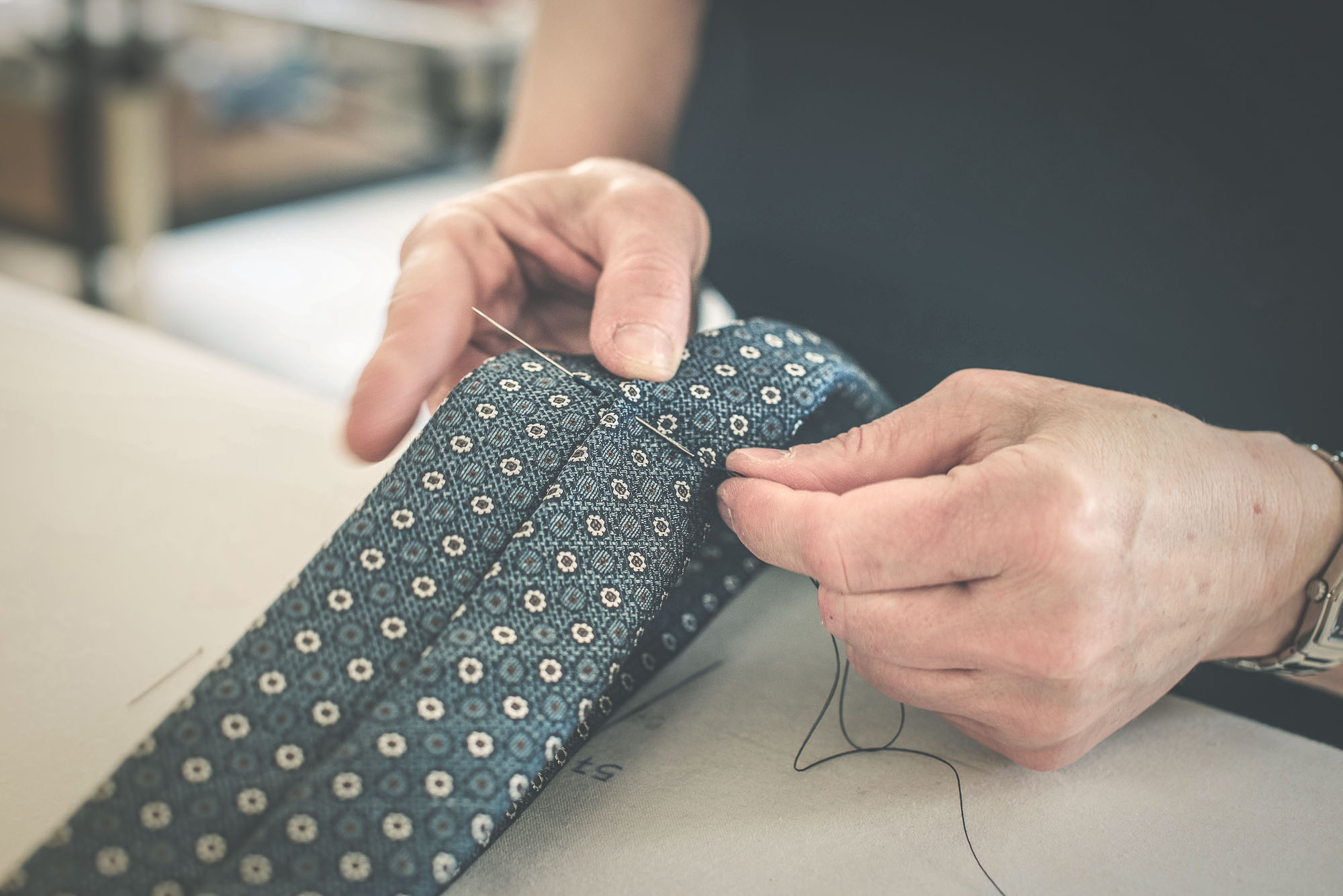 How can you tell a high-quality tie from a cheap one?

It’s not easy to recognize a high-quality tie. Don’t panic: we will tell you what to look out for.

First of all, the silk: if it’s too smooth it’s not good quality because of pure silk sticks to the roughness of the fingers. Also, if you try to crease it no permanent folds should remain.

The pattern: it has to be centered and oriented towards the tip. This means that, if done correctly, the cloth was been manually cut at a 45° angle. The interlining must be made of 100% pure wool or, at the least, a wool blend.

The lining is made of silk (not of acetate), or when even more refined, of the same fabric as the tie ― this is known as “self-tipped.” Also, the addition of a bar tack and/or “slip stitch” are two features that show real quality.

How can keep a tie looking new (especially when traveling)

When you go to take it off, you should loosen it, slip it over your head and untie the knot manually. You can store it flat, or you can roll it up and put it in a drawer. If you’re using a closet tie rack, remember that it shouldn’t press them, it should instead leave space in between the ties.

A bit of steam can remove every little imperfection, restoring your accessory to its original greatness.

While traveling, you can roll your ties and stick them into shirt collars, or place them in areas of your luggage where they won’t be squished. If it gets dirty, we recommend you to treat it immediately by blotting it gently before the stain sets, or if it’s stained with oil, dry clean it as soon as possible.

So, now you’re fully ready to open your wardrobe and choose the silk tie that best matches your suit. This is one of your many desirable objects; you look at it, you want to get close to it, and you feel that urge to get to know everything about it. Now you can make it yours.

Introduce yourself properly with Elisa Motterle

IIntroducing – oneself or others – is one of the most frequent social “rituals”. Yet it can often cause problems. «I am a Pisces, ascendant mayonnaise…» For a number of reasons it is easy to feel awkward and become stiff as a board, or on the contrary to start talking non-stop, just like Renato Pozzetto […]