Milan is grey, Milan is cold, Milan is in a rush. But that’s not all: Milan is welcoming, Milan gives hope, Milan feeds dreams. Over the years, the status of the city has changed, and its image has become more and more defined: dynamic, vertical and busy in the center, stretched out, opaque and lonely in the surrounding countryside.

At the same time, Milan has risen to capital of fashion and of a unique style, which has developed through the years remaining faithful to its unmistakable rules: rules of elegant simplicity, which doesn’t show off, relying on high quality fabrics and never striking color shades.

And these rules, not written but passed down from generation to generation, are present, sometimes just to be broken, in the life of the protagonists and characters who represent the background to films set in Milan. 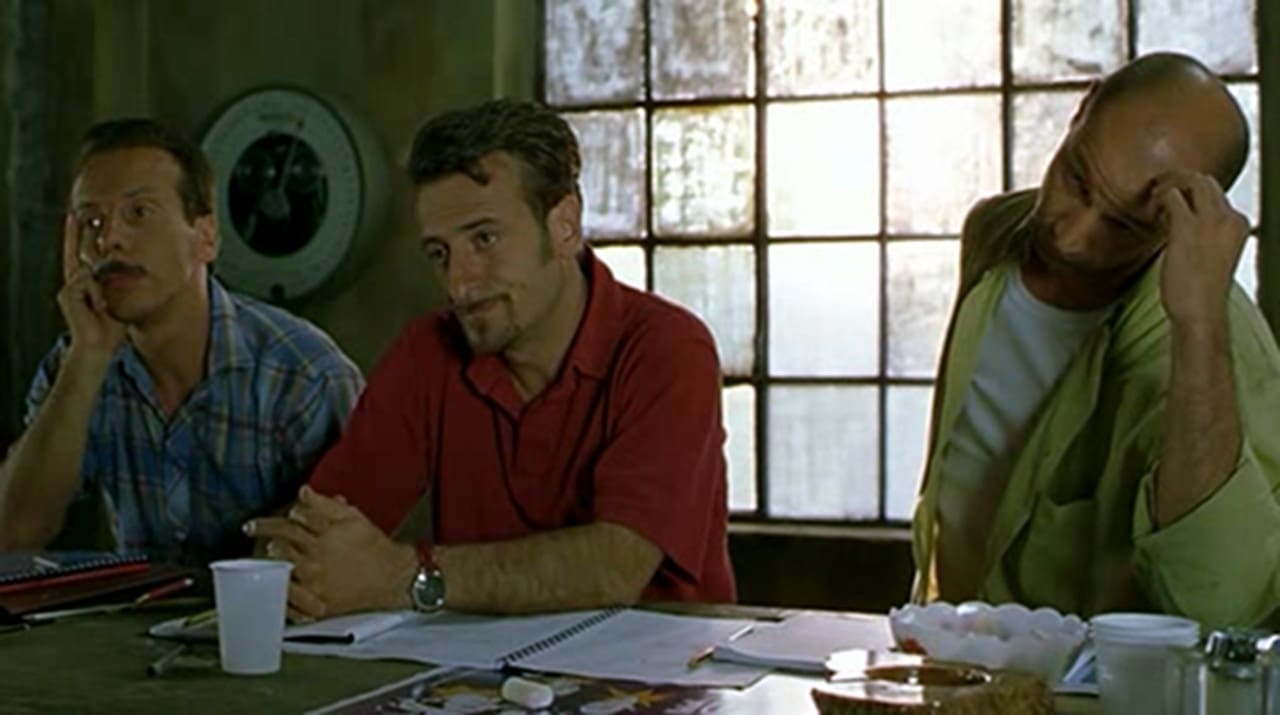 Some places represent more than others these two souls of the city, and cinema hasn’t hesitated capturing them on different occasions.

“Among them, the core of movements is the Central Station, that often becomes the setting of unforgettable sequences since it has always represented the first impact with the metropolis.”

This is where Totò and Peppino get off the train, dressed up as Cossacks ― because “it can’t be warm in Milan” ― hoping to change their besotted nephew’s mind, while Ugo Tognazzi, the main character of ‘It’s a Hard Life’ (1964), wearing a hound’s tooth coat and a scarf, standing on the railway escalator, is surrounded by passengers in a uniform style:

Tognazzi sends off his mistress, extremely elegant in her essential style as in the previous scenes, and welcomes his wife, thus providing us with the frame in which the story of social integration told by the movie takes place. 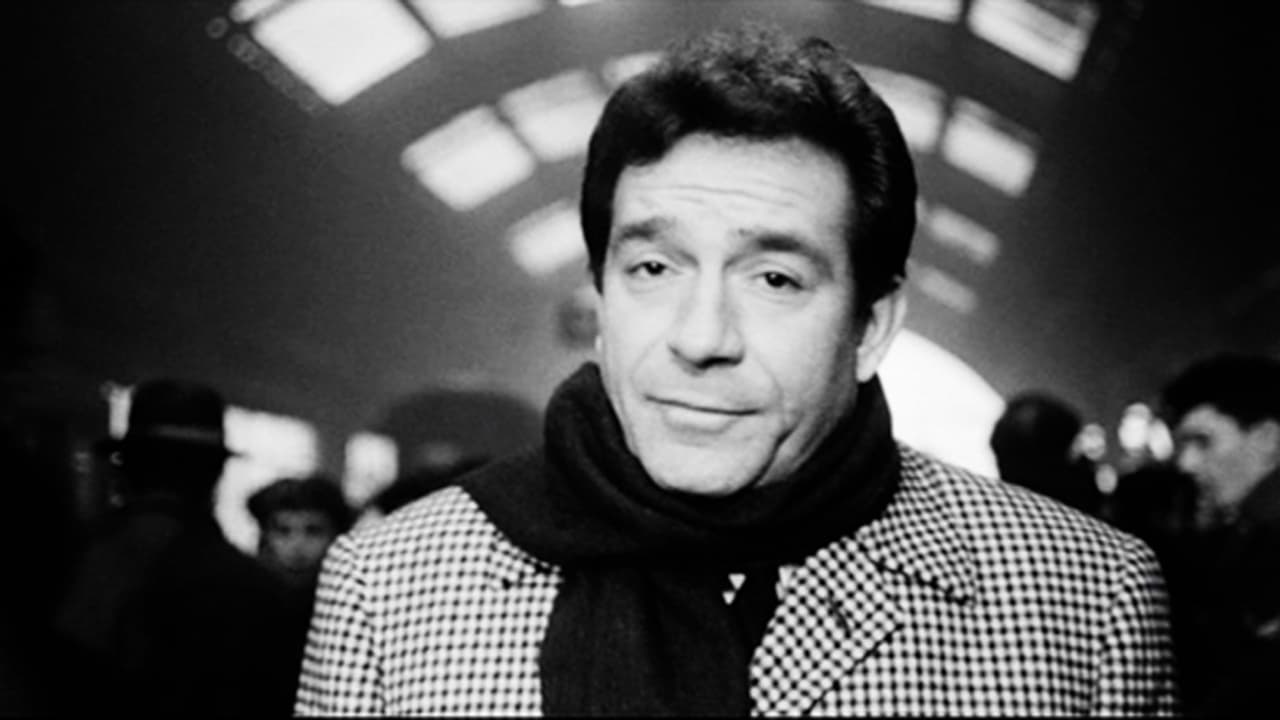 But love problems are not the only reason that brings characters to the station: Giovanni and Giacomo, in ‘Chiedimi se sono felice’ (2000) get on a train to go to Sicily and visit Aldo, who is seriously ill, and will unconsciously bring their friendship, which had been ruined in the past by a mistake, to a new life.

Massimo Girotti, in Pier Paolo Pasolini’s ‘Theorem’ (1968), takes all of his clothes off in front of the platforms, thus leaving behind his empty and shallow existence to start over.

And stripping naked also means taking those bourgeois clothes off: suits, ties and white shirts, or cashmere sweaters in neutral shades which represent the symbols of the social class he belongs to. Outfits play their part in movies: Pasolini is so convinced of their importance as to appoint Capucci as costume designer for Silvana Mangano and Terence Stamp.

Moving to the center we reach Piazza del Duomo, the material and social center of the city, the location of clashes in ‘It’s a Hard Life’, of hilarious misunderstandings in ‘Toto, Peppino and the Hussy’ (1956), and of miraculous events like the one in the unforgettable ending of ‘Miracle in Milan’ (1951), directed by Vittorio de Sica:

“the flying brooms taken from the garbage men and used to run away from the bullying of a landowner, are the perfect synthesis of the industrious soul of Milan and its ability to be open, fairy-tale-ish and light at the same time.”

But it’s true that suburbs and the countryside are often the most significant and symbolic places: even moving around in Milan can turn into an extremely rewarding enterprise. 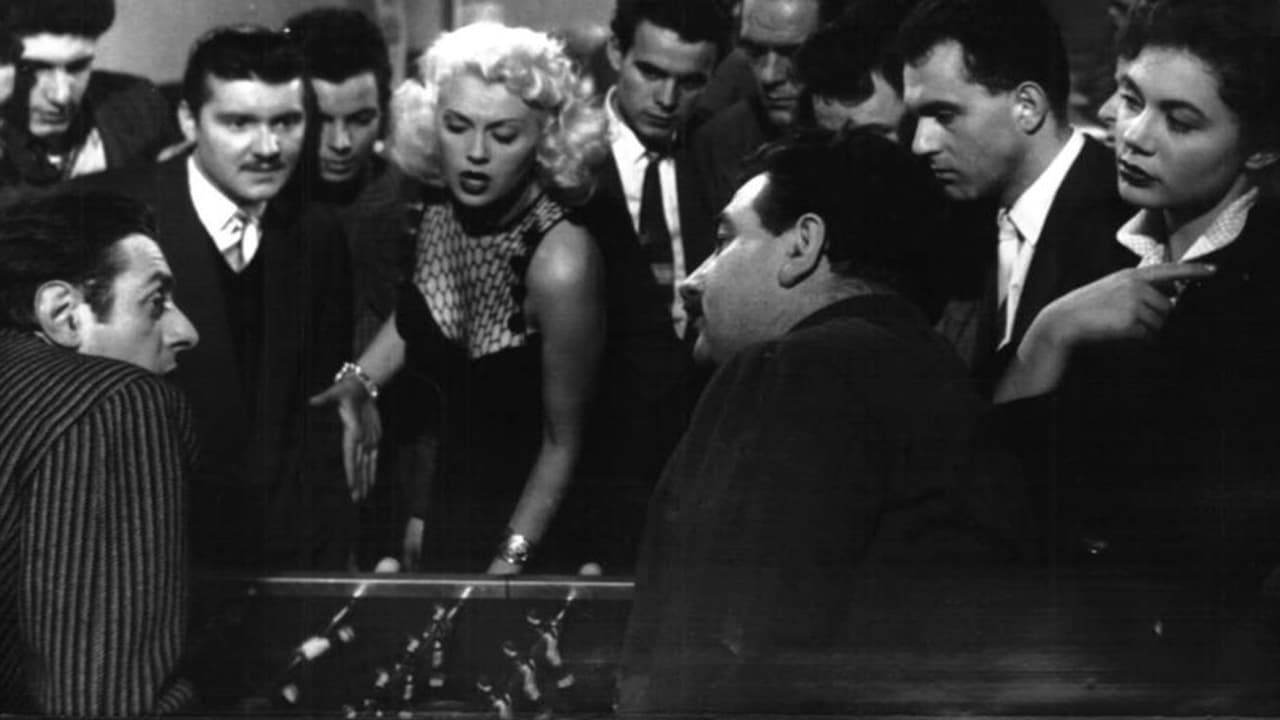 On and around trams crowded with dignified people in perfect Milanese style, iconic and unforgettable sequences are built; among these, one in particular is worth remembering.

The crazy “competition” between Achille, played by Dario Fo in a definitely motley attire (have a look at the pinstripe suit he wears in many scenes) and one of the typical Milanese means of public transport in ‘The Screwball’ (1956) by Carlo Lizzani. 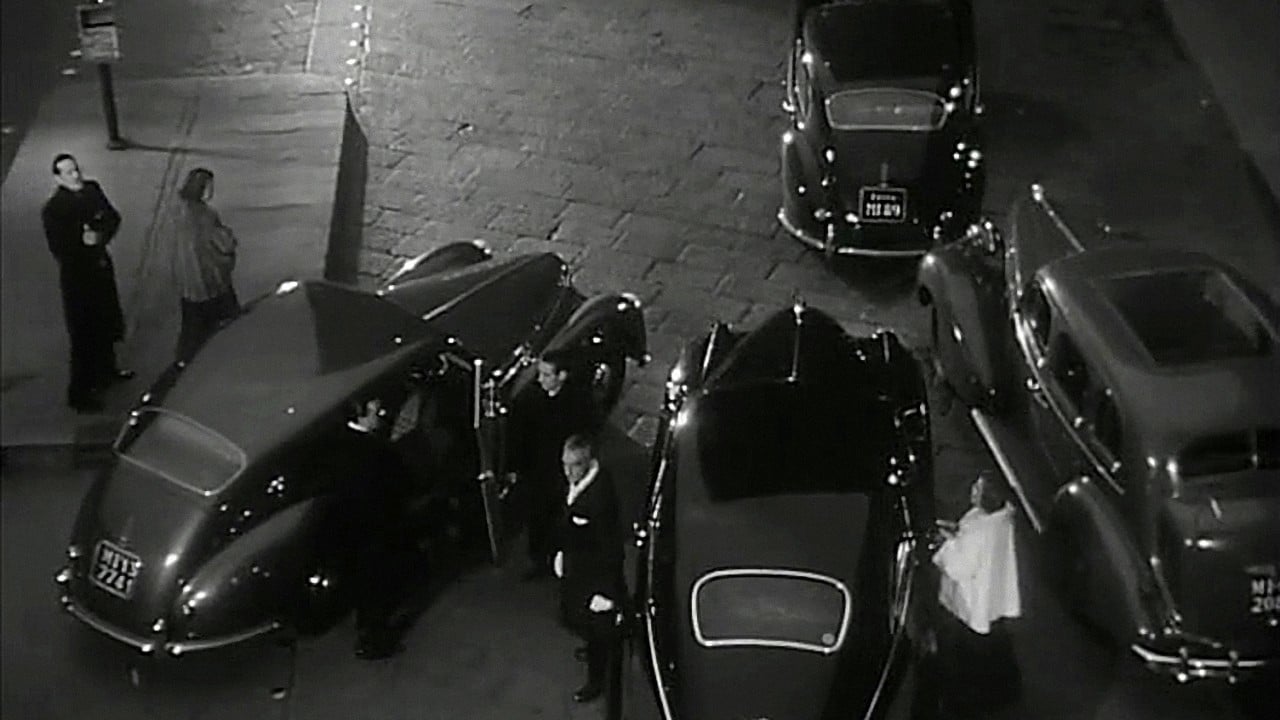 The countryside surrounding Milan harbors several moments, either comic or tragic, but often tied to the desire to being sundered from the crowd, to be far away from the neuralgic center in order to argue, relax or even meet in secret.

This is exactly what happens in ‘Chronicle of a Love’ (1950): in the first feature by Michelangelo Antonioni, Massimo Girotti and Lucia Bosè play two lovers who set up a dramatic plan during an encounter on a bridge over the Naviglio, right around the outskirts of Milan. 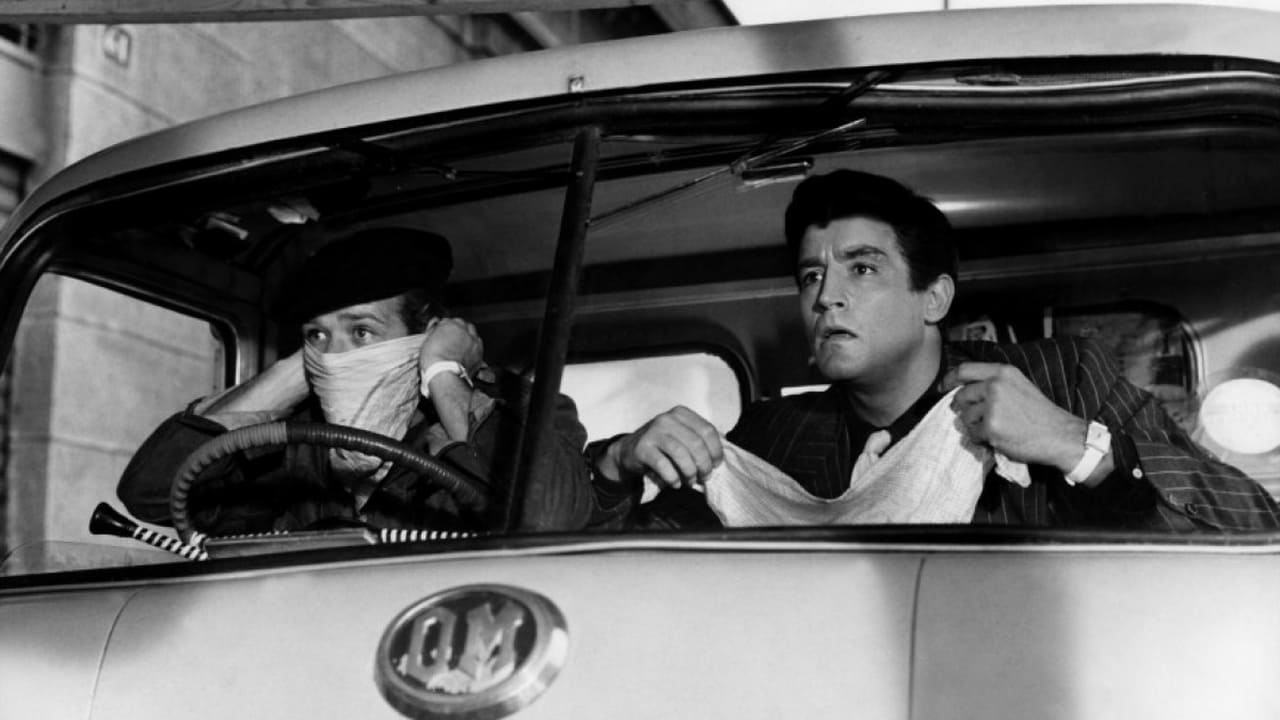 In a now historic long take, the landscape helps to underline the extreme sense of isolation felt by the characters, both closed within their double breasted, buttoned up coats, where the richness of jewelry, the perfect craftsmanship of her hat and the elegance of movements sharpen the contrast with the surrounding environment and the feeling of definitively giving up a world and its morals that they both shared up until that moment.

The Navigli also appear in two scenes in which the tone is diametrically opposed to the tragic one in Antonioni. In ‘Fiasco in Milan’ (1959), after the heist, the group of lunatics run away along the Naviglio Grande, near Viale Cassala: aboard the only car in the frame, they get away, all alone, leaving the center behind.

In ‘Chiedimi se sono felice’ (‘Ask Me If I Am Happy’, 2000), on the other hand, Giovanni and Giacomo ride their bikes along the Naviglio Pavese: Torre Velasca looms behind them, and Giacomo tries to discuss which play they should produce, while Giovanni keeps interrupting him to point out the animals surrounding them and remind him:

“listen to the sounds of nature as well.”

The Central Station, Piazza del Duomo, the trams and the suburbs are some of the places that become key players in the tales set in Milan and there is one movie that brings them all together to tell a story of new beginnings and hopes that left a permanent mark in the imagery linked to the city from the moment of its release: ‘Rocco and His Brothers’ (1960) by Luchino Visconti (read his story here).

Milan seems welcoming and smells like success when the whole family gets off the train in the station and boards a tram to join the brother already settled in the city, but slowly reveals its hostility while the story becomes more and more dramatic.

And together with the characters, their style changes, too: more “country” in the beginning, the look of Rocco and of the male characters in the movie becomes more and more Milanese: the unavoidable trench coat replaces the rough and shapeless coats and Nadia starts wearing simple dresses instead of evening sexy country outfits decorated with rhinestones and high heels as a sign which shows the change in her interior life.

Rocco, Simone and Nadia are the main victims of a tragic destiny that they can’t escape, and they wander in a city that appears flat and hard, while still offering unforgettable images: the walk in the Duomo and the cruel murder at the Idroscalo are scenes that, thanks to Giuseppe Rotunno’s cinematography, portray Milan with an intensity that is hard to find in any other work.

And a great master like Piero Tosi, honored with an Honorary Academy Award in 2013, was capable of shaping the city’s (and its protagonists’) style via his greatness in making out of even the smallest detail a meaningful symbol.

Enlightened businessman, versatile intellectual, liberal socialist, urbanist, philanthropist, publisher, essayist, and culturally voracious reformer: it is hard to put all of Adriano Olivetti’s genius pursuits into a box. Olivetti is known as a man who was able to inspire people, not only in his rural village of Ivrea but all of Italy, thanks to his […]