How can a man who has been working for years demolishing cars, become one of the most important collectors?

It seems counterintuitive. Mario Righini is a man who carried on his father’s activity from 1939 and has dedicated his entire life to the endeavor. 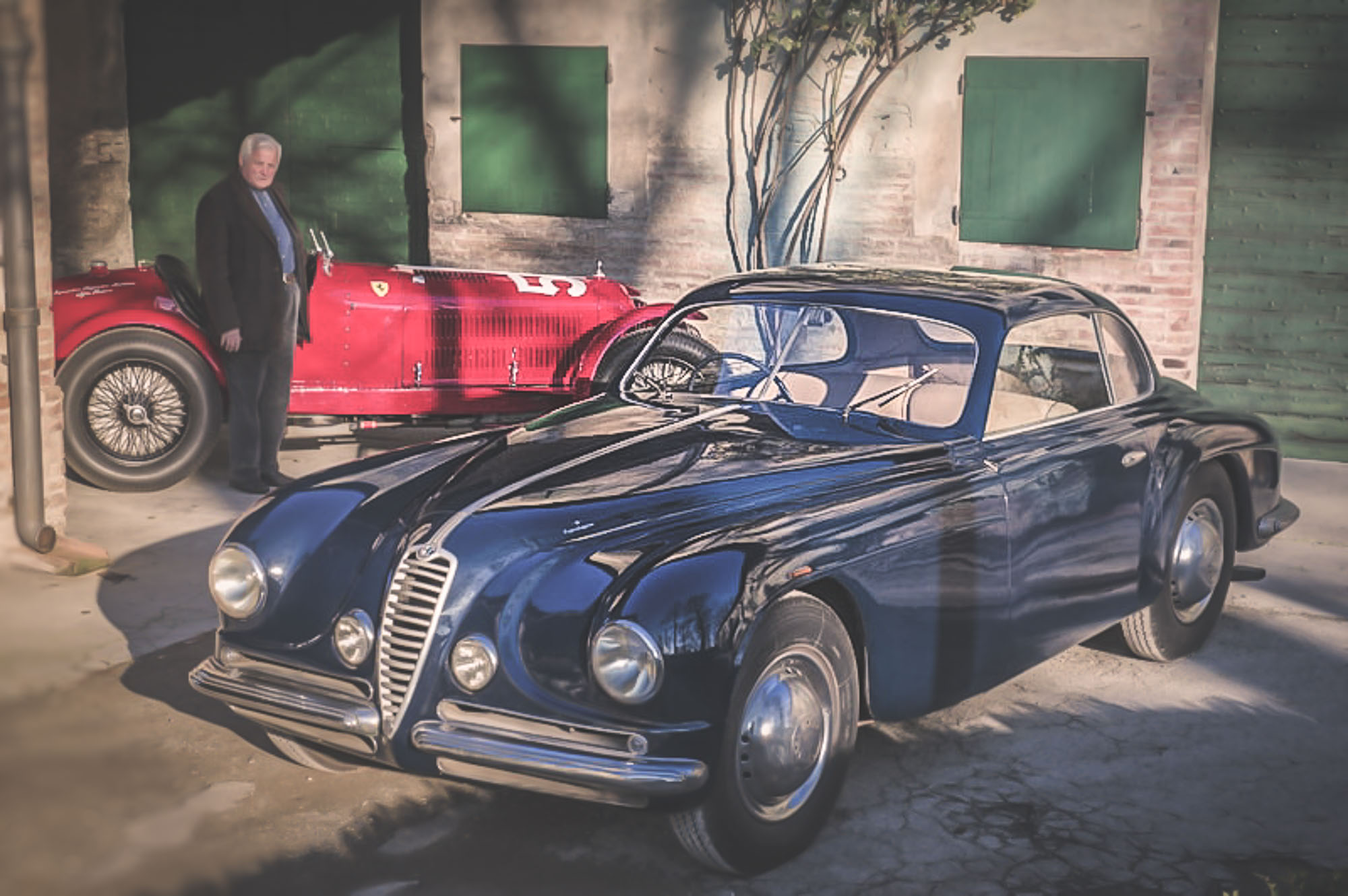 During World War II, working with the Italian government, they used to break down obsolete cars for raw materials. However, since he was a child, Mario, watching these beautiful cars at their “point of death”, realized that these were true masterpieces, and should be preserved.

So, the family decided that the most important cars passing through the scrap yard should not be simply transformed into iron. And they started collecting and safeguarding them, for over 70 years, for future generations.

Mr. Righini prefers to be called a ‘guardian’ of all his vehicles; nowadays the collection has reached 350 cars, most of them being of Italian artistry, and one-off productions. Such unique cars include the Alfa Romeo 1750 from 1930, Enzo Ferrari’s race car, the 2300 8C from 1931 owned by world-famous racing driver Tazio Nuvolari, and the first car built by Enzo Ferrari, called Auto Avio Costruzioni, type 815.

“When we happened to see the demolition of gorgeous cars, we used to say: ‘What a shame!”

Righini’s collection is located in a huge castle between Modena and Bologna. It is full of Ferrari, Maserati, Lancia, Alfa Romeo, Lamborghini, and Fiat, because he is an ardent supporter of Italian motorism in general. But he does also have foreign cars such as Bugatti and Mercedes-Benz. Only a few times in your life you will have the chance to see such important and beautiful cars all at one time.

What’s life like for a man who customizes motorbikes for a living? What’s it like for two of them? Today, I interviewed San Marco and Phonz, the Anvil Motociclette co-founders. Understanding where passions come from is always a fascinating journey, especially if it begins in childhood, but The path is not as smooth as you […]

Is it a bookshop, a café or a gallery? The answer is “all of the above.” Gogol & Company is one of those new cultural concepts that have developed all around Milan and spread to the rest of Italy in the last decade. A vast book selection, a list of dishes that will have you […]