A polyhedric TV-presenter, film director and a great music lover, Renzo Arbore (born Lorenzo Giovanni in Foggia) wrote important pages of Italian television. During his long and lucky career, he collaborated with many great artists, he professionally and personally grew within TV studios and this growth went hand in hand with the evolution of TV, its format, its languages and its protagonists.

“Fantastic disc jockey, screenwriter and composer, passionate about clarinet and jazz: Renzo Arbore personality is so varied and multifaceted to be ideal for different roles, keeping his uniqueness.”

It was as early as 1964 that he began to work for RAI, whose studios would have become his second home; he immediately found a huge personal and professional connection with Gianni Boncompagni, realising together historical radio shows as Alto gradimento, Per voi giovani and Bandiera Gialla, which his voice was first heard.

And Television? Able to “inflect” appropriate ideas and projects for different media, on the “small screen” Renzo Arbore decided to continue raising the bar presenting TV programs that were experimental at first and then became real cults, launching well-known catchphrases.

One in particular? Quelli della notte on RAI 2, in 1985: a surreal and immersive talk show whose guests were comedians and intellectuals. The host greatly enjoyed this, and at the same time made the audience enjoy it.

His ability to spontaneously create a familiar and comfortable atmosphere made Renzo Arbore “one of us”, who does not question you when you sit on sofa in the evening, but welcomes you with a joke and is never inappropriate, someone who knows you and knows how to make you smile, with little things. 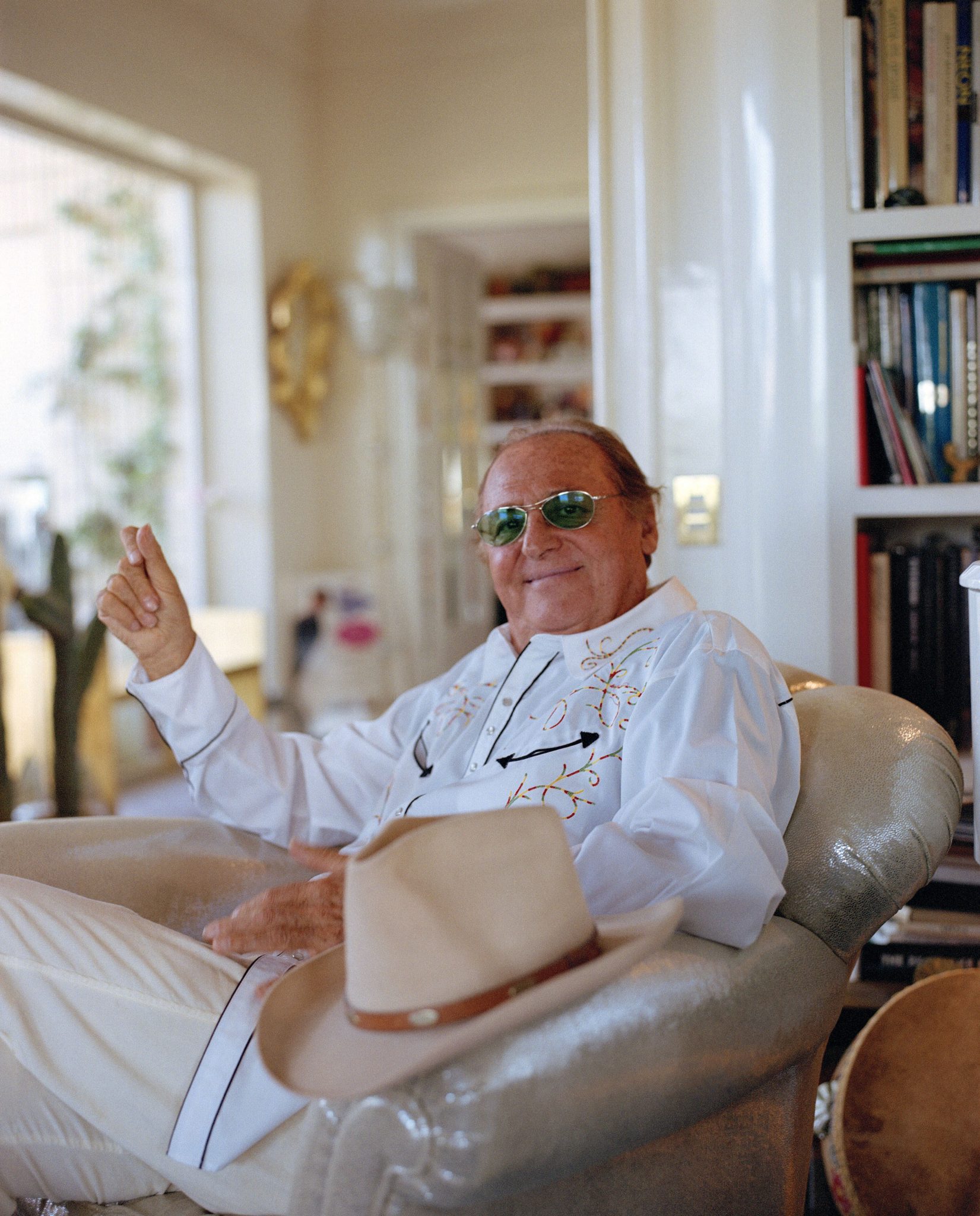 His radio shows and love for music, gave birth to l’Orchestra italiana in 1991, a group with the goal to relaunch Neapolitan music in the world, reintroducing it in a different way and “contaminating” it with the influence of different cultures and genres.

‘Indietro tutta’ is the name of another successful TV program that stigmatized commercial TV’s intrusiveness, crazy customs and traditions – gracefully and with an ironic spirit, as always.

To demonstrate the “lightness” of the program were also the lively and super-colored Brazilian dancers of Cacao Meravigliao, who represented a surreal sponsor, and Ragazze Coccodè, a hilarious ballet group who were in funny contrast with the first ones.

Irony and glee that Arbore brought on TV were so appreciated that, in 1986, the singer-songwriter took part in the Sanremo Festival with his song Il clarinetto, and came second. 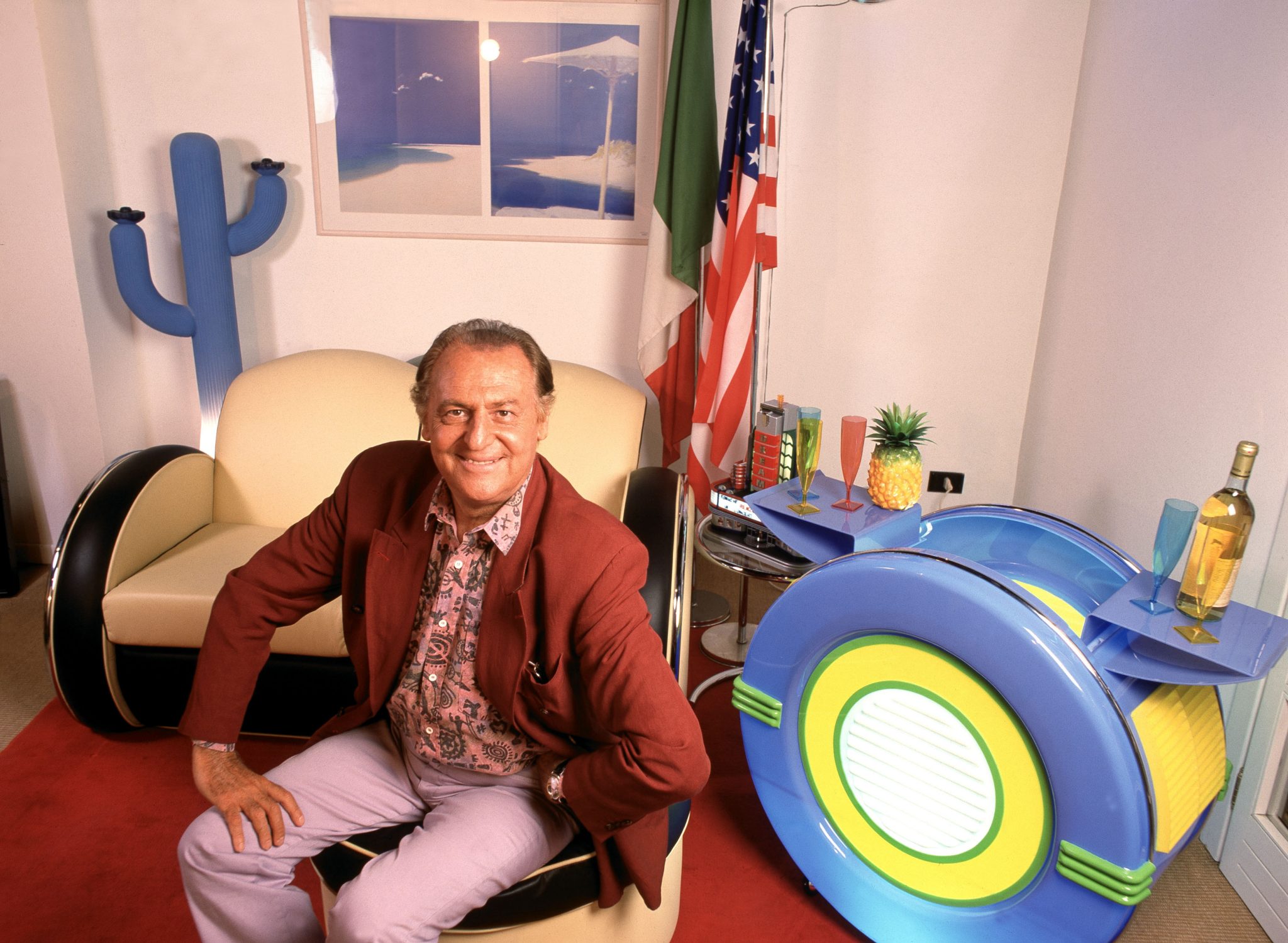 His dark glasses, olive-colored skin and “worldly man” attitude could let us to think of Arbore as akin to an American star, but his “pugliese” accent and the open and nice character of a person who need just a chair to set up a “living room” prove the contrary beyond any doubt.

Renzo’s energy and his music were the protagonists of the two-evening event of a program released last December, Guarda… Stupisci, that people were happy to find again on TV and in their homes. The reason is simple: Renzo Arbore put a smile on their faces.

It’s about a new format. With my historical co-author, Ugo Porcelli, and together with Nino Frassica e Andrea Delogu, we choose to treat humoristic songs with a different formula, inchoate, even though it stems from three elements congenial to me: music, friends and improvisation.

“All with a unique and precise mission: move people to smile.”

And his private life? Although he considered himself a real bachelor, Renzo Arbore had important love stories in his life, the most important of which with Mariangela Melato, whom he lost in 2013 after many years of an on-and-off relationship, “sewn” back together time after time. Beside thousand of smiles, the artist sometimes shows melancholic moments:

“l have to admit I am sorry not to share my home with someone. A family with Mariangela is the real missing story of my life.”