After dancing to the notes of the most famous hits of the 60s and 70s on side A, let’s jump back to the ‘80s with pop music and than 90s, that colored Italian music with dance, rhythm and romance.
Are you ready for side B?

Summer of 1979: Splendido Splendente opens the door to pop with Donatella Rettore and her magic trilogy: Splendido, Kobra and Donatella. An enthralling cadence with a base written by Tullio De Piscopo and arranged by Pinuccio Pirazzoli are the ingredients in this track which – in unsuspected times – is all about a contemporary affair: cosmetic surgery.

Rettore, who had her lips remodelled a few years later, made her irony explode onto the scene the following year with Kobra, considered scandalous for its text, so rich in sexual allusions that the last verse was censored: it reappeared in the subsequent versions of the song. Despite this taboo, the song won the female section of Festivalbar ’80. 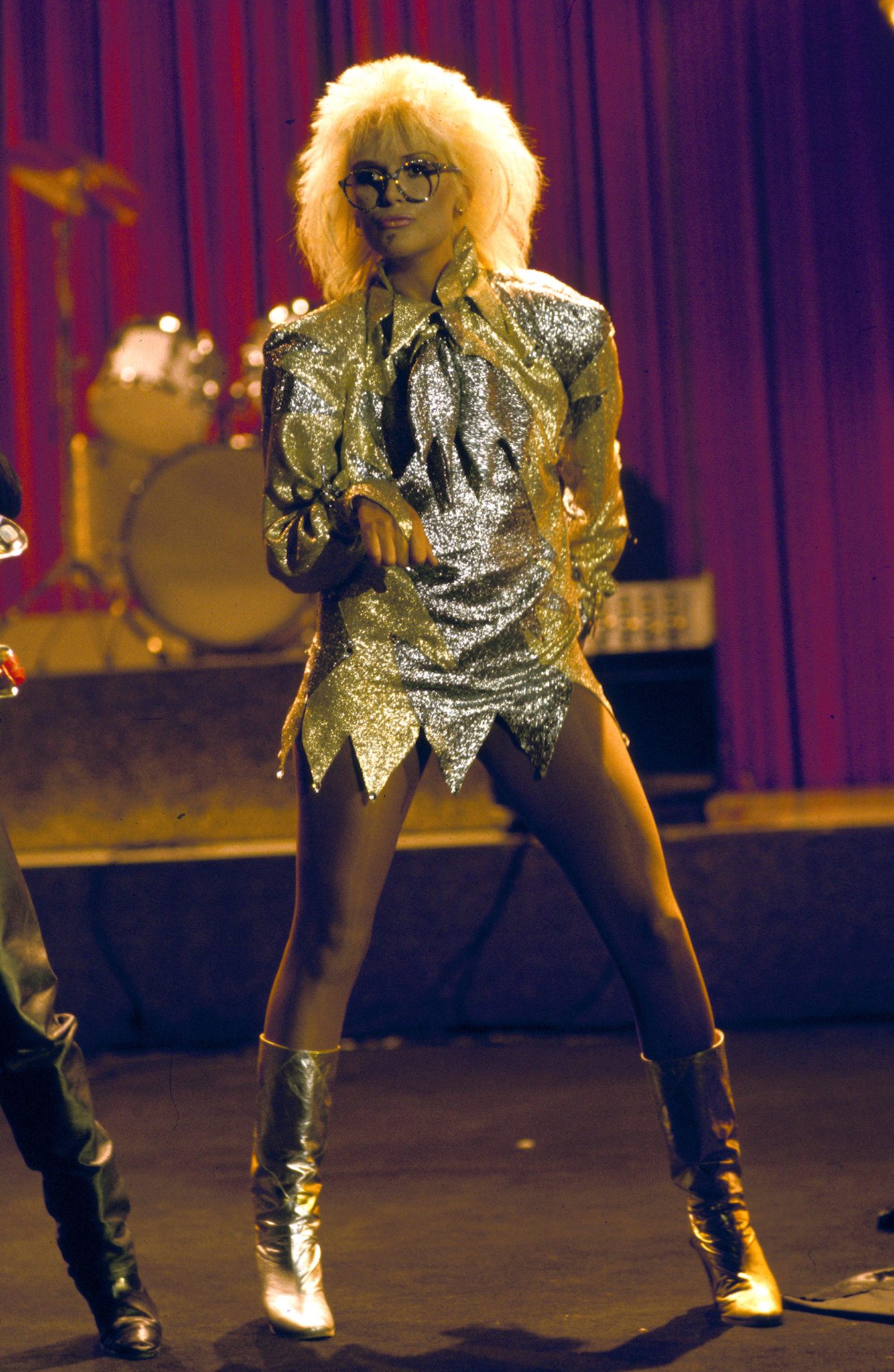 Another very famous song is the story of Zazà, the Cuban dancer in Maracaibo by Lu Colombo (1981): a common soundtrack in b-movies, the song is a sad ballad, similar in this respect to Marinella’s song by De Andrè.

But in this case, the dancing rhythm and the happy tone of voice don’t show what it really is. Zazà is an undercover trafficker, and Fidel Castro’s lover (his name was changed to “Miguel” by record managers). When “Miguel non c’era, era in Cordigliera da mattina a sera” (Miguel was on a mission in Cordillera) Zazà finds consolation in Pedro’s arms, but when Miguel finds out about the betrayal “his heart quivers a bit and he shoots her”. Zazà escapes on a boat, but during a storm a shark tries to kill her. Despite everything, she survives and opens a brothel for foreigners in a new life. As a maitresse, she starts consuming rum and cocaine and reaches 130 kg, transfering the scars of her past onto her body.

There was not only dance music: the ‘80s are a mix of cheerful sounds that in Un’estate al mare (written by Battiato and played by Giuny Russo) found their great success in the summer of ’82:

Released in August, the song stayed in the top 10 till November. Maybe you don’t know that there is a spanish version of Un’estate al mare, sung by Paloma San Basilio: Unas vacaciones was offered to Giuni Russo, too, but she refused due to the distorted translation.

In the summer of ‘83 Gruppo Italiano explodes with Tropicana, quite similar in style. Discovered by Mara Maionchi in 1982, Patrizia Di Malta, Raffaella Riva, Gigi Folino, Roberto Bozo Del Bo and Chicco Santulli formed their group after a trip to Los Angeles, calling themselves “La Randa”. After meeting Mogol, they changed their name and became famous around when Vamos a la Playa by Righiera was released.

The poetic song Notte prima degli esami by Antonello Venditti (1984) concerns summertime and stressful days leading up to the final exams in high school: the “four boys with guitars” in the track are Venditti, Lo Cascio, De Gregori and Bassignano, who played together at Folkstudio in Rome. Another image is described in the song: a boy and a girl that meet up the night before the exams to make love. In a city where night life moves on with “sound of sirens and police”, and mothers and fathers awake “holding baby bottles”, the romantic night between the boy and Claudia is something magic, who asks:

A sincere, tender, teenage love, sung by Venditti, who was then left by his girlfriend during the following year: he sang Ci vorrebbe un amico.

The ‘90s: World Cup and the road trip soundtrack

The ‘90s take off with a bang in Italy: the country is called to host the 1990 World Cup. Giorgio Moroder asks Bennato and Nannini to sing its pop hymn:

Italian music also witnesses new artists, like 883 and Ligabue, who both appear in the top 10 quite soon.

Nord sud ovest est won everything in 1993: most copies sold (both VHS and CD), number one for 14 weeks in a row as the most played song on the radio and Festivalbar winner.

A song that made history for a travelling generation: it describes the protagonist’s journey looking for his girlfriend, in a western set played by South-American sound. The track is also a metaphor for life and the pursuit of a meaning and finding oneself, even if sometimes its destination is not so clear.

In Certe notti (1995) Ligabue sings of a journey on the road at night: a rock ballad on friends in a car who stop at Mario’s Bar that left its mark on Italian music for the following 20 years. 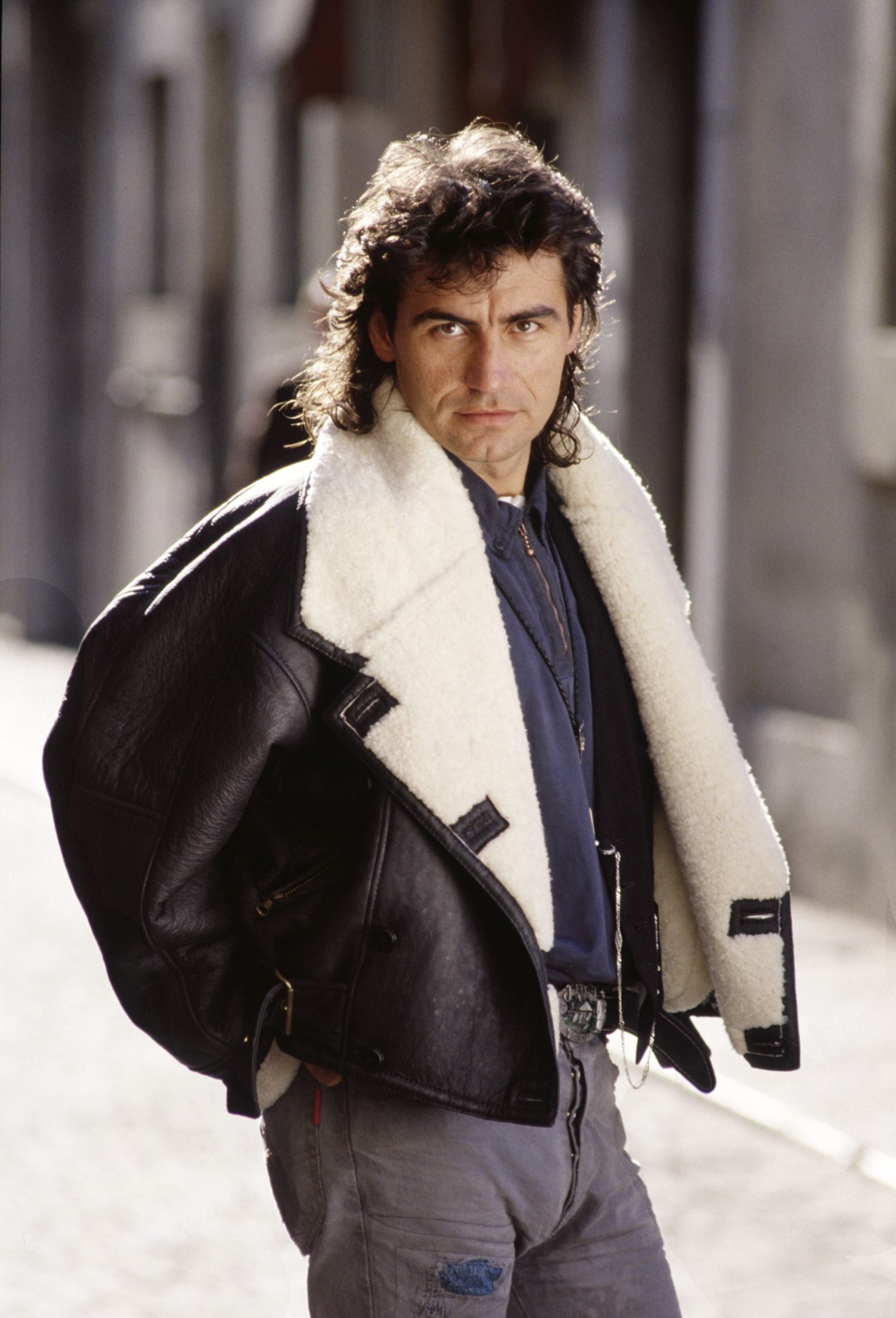 Another songwriter emerges along with Ligabue: Alex Britti. Mi Piaci (1999) is an evergreen song that describes, how love can always draw opposites together, no matter how, despite incompatibilities and disagreements. Britti had risen to fame the previous summer with Solo una volta o tutta la vita, but when he won the New Proposal section at the Sanremo Festival with Oggi sono io, he starts his career as a “summer-fad” singer : La Vasca and Una su un milione were two of his greatest hits in the early 2000s.

And so… 20 years gone! It seems like yesterday, but these songs made childhood and adolescence of Italian people. If you like discovering this music, enjoy the Spotify playlist dedicated to the great classic of a real Italian Summer.

He was not only a formidable director, but he was also – all his life – a tireless cartoonist – and inspired many cartoons himself.