Summer. Sun. Songs: singing on the beach or dancing at the bar, the Italian musical tradition is full of old Summer hits still famous today.

Being Italian also means being fond of art and music, so let’s jump back to the past, remembering the unique moment of a never-ending Summer.

The 60s and 70s were times of bon ton and revolution: put your headphones on and play on Spotify the most famous Italian Summer hits of these years. Great classics and the best music, the same music that our parents and grandparents danced to in past decades. Let’s start.

Summer 1959. Mina was in Ischia on holiday when, for the first time, she heard the song that would become the following year’s greatest hit: Tintarella di Luna. Written by Franco Migliacci, composed by Bruno De Filippi and arranged by Tony De Vita, it tells the story of an opposite trend: since the 20s, starting with stylist Coco Chanel returning from Costa Azzurra tanned, having darker skin meant wellbeing and a luxurious life. In Mina’s song, her character has milky skin, lives on rooftops like cats and prefers moonrays to sunny beaches. Maybe you didn’t know that… there is also a French version, sung by Mina.

Edoardo Vianello’s hit Abbronzatissima (1963) was something different: the singer, famous for Guarda come dondolo from Con le pinne, il fuciliere gli occhiali, wrote the music, which was then re-arranged by Ennio Morricone. Morricone will meet Sergio Leone over the next few years, becoming the “western-music” icon that we know, but he started his career as a comedy-film composer. Thanks to Abbronzatissima he met Gino Paoli, who collaborated with him to arrange Sapore di sale, released later that year.

Played at Cantagiro63 for the first time, Sapore di sale was born in Sicily, on a beach at Capo d’Orlando. Gino Paoli’s concerts in the area were over, but the artist, invited by baron Milio to sojourn in his manor, protracted his stay. Paoli described the song as “a flash, a bright light, a pause from reality, like a vacation: a temporary break from routine”. But when Sapore di sale’s success was exploding, in July ‘63 Paoli tried to commit suicide by shooting himself with a gun: fortunately he survived.

Melancholic ballads are these years’ best-known successes: Una rotonda sul mare by Fred Bongusto (1964) e Ho scritto t’amo sulla sabbia (1968, Franco IV e Franco I) are the two main examples of this trend. Una rotonda sul mare, as Franco Migliacci said, is a roundabout not by the sea in Termoli (near Campobasso, where Bongusto was from), but by Lake Trasimeno, near Perugia, in the village hotel Lido of Passignano.

Composed by Vito Pallavicini and Paolo Conte, it was born at Elios Lido in Finale Ligure. This “quick march”, so catchy now, left most perplexed at the time; it wasn’t rock, it wasn’t a lento, it wasn’t a ballad: it was something new. Recorded by Celentano before he shot the movie “Serafino” (which, excluding the song from Un Disco per l’Estate and Cantagiro, kept him busy for the whole summer), at the beginning of the summer of ‘68, despite the lack of promotion, it entered the top 5, staying in first position for the entire summer and becoming a big success not only in Italy, but also in France, Spain, Germany and England. There is also a Hebrew version: Amru Lo – they say. 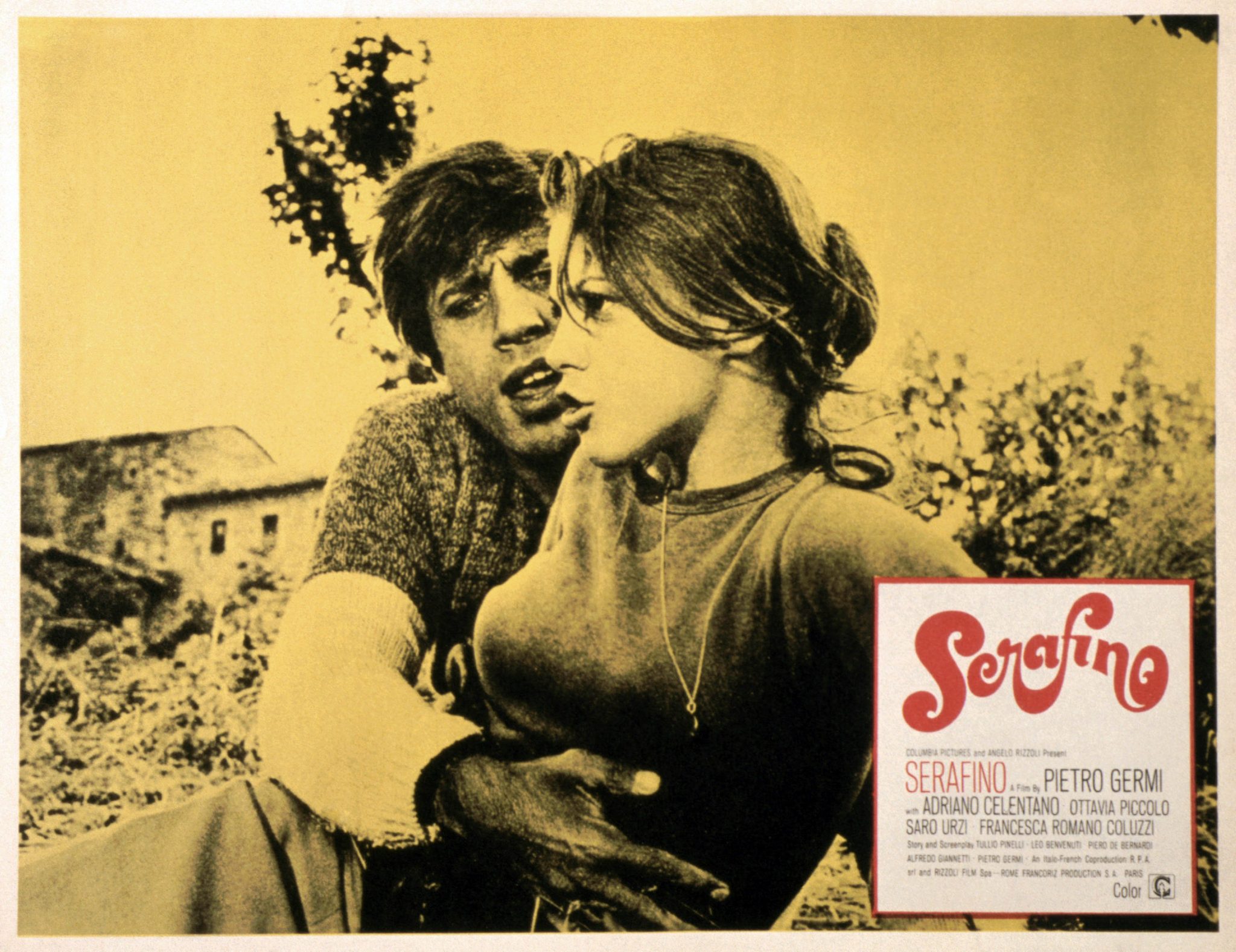 The ’70s: when sky is always at its bluest

Remembered as violent years of political turmoil, musically the ’70s are a decade of love: romantic, exuberant or bohemian, it is a period marked by significative Italian singers and songwriters, who hit their peak during this decade.

While Modugno’s musical career was approaching its end with La lontananza, talking about love and distance, in 1973 Patty Pravo was singing her Pazza Idea. Faraway love, in this case not at a distance but gone and no longer requited: so she finds consolation in another man’s arms, thinking about her previous lover.

Lonely women still in love: many Italian songs tell this story, but Nilla Pizzi would never dream about “making love with a man but thinking about her ex” in Grazie dei fiori. Patty used her ex-boyfriend’s shadow to take pleasure during another encounter. Over the next few years, threesomes would not be imagined but real with Pensiero Stupendo: hands, her hands… and she is between us! 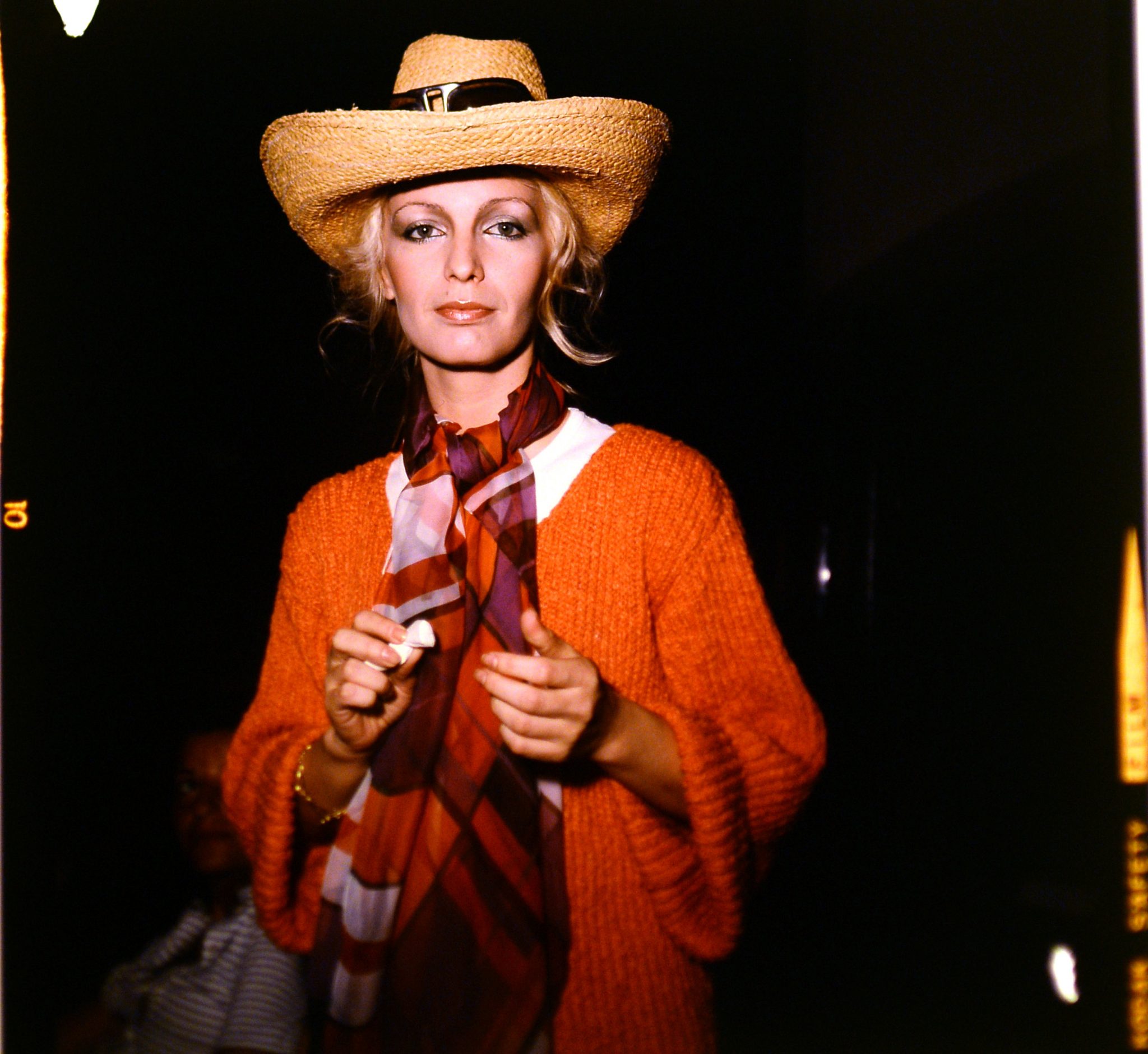 Hands (not real, but used figuratively) return in Cocciante’s success A mano a mano, with the famous cover played by Rino Gaetano in one of his best live performances, maybe because his ex-girlfriend present at the concert: seeing her face the artist became emotional, making the concert special and emotional.

Gaetano had done his best a few year before, when in the summer of 1975 Ma il cielo è sempre più blu hit. Based on parallelisms between society’s contradictions, despite inequalities the sky is blue for everyone. Not everyone knows that the lines “Those who drop the bomb, / those who play innocent” were censored because of terrorism, as were “Those who sing Baglioni / those who are up your ass”, considered too rude at the time.

Towards the end of the decade the scene gave way to carelessness and ballads from Umbertos: Tozzi sang Gloria and Balsamo sang Balla. Tozzi toyed with the word Gloria, used both as a female given name and as “glory”, “victory”, making this song one of the most famous European hits, translated into German, French and Spanish. In the ‘80s the London Symphony Orchestra played the symphonic orchestral version, giving Gloria a British public.

Summer and Balla are associated for the disc’s cover, not for rhythm or text: a female sphinx staring into the sun, sunglasses propped on binoculars and pure, ethereal, pale skin… is the moon reflected in those lenses? Stars, Sunset and moon all appear in the song: to the rhythm of a tarantella, the “elegant legs” are dancing on the sand or on the grass.
Balsamo said in an interview that he had to fight with the record company to produce it, but he tried it at a live concert in Naples and it was an immediate success: a triumph of youngsters, happy and dancing all together, almost falling from the stadium’s stands to dance, confirmed he was right. Nowadays new generations are still dancing to the same rhythm and song… not only during the summer!

Don’t miss Side B: Italian music from the 80’s and 90’s is about to play on your Spotify with the compilation you are playing now. Stay tuned.

Is it a bookshop, a café or a gallery? The answer is “all of the above.” Gogol & Company is one of those new cultural concepts that have developed all around Milan and spread to the rest of Italy in the last decade. A vast book selection, a list of dishes that will have you […]

Gianni is wandering back and forth behind the scenes. It’s a hot summer night and the room is full of people: someone is waiting at the bar, someone is entering the room holding someone else’s hand, someone is sipping his favorite cocktail relaxed on a black comfy sofa. On stage, a tall boy from Cremona […]