He actively moves on the stage, involves his audience as few can and he is a Showman with a capital “s”. Let’s zoom on him: a rebel ponytail ― which he will cut ― Italian squares and then TV studios in turmoil and a great punching-bag face that manages to get a smile out of you.

Are you there? It’s Rosario Fiorello. Actually, Rosario Tindaro Fiorello. Presenter, showman, singer, imitator, an overwhelming energy, and an endless talent urge him never to stop for a minute and to always look for new incentives.

Today, fifty-eight years old, “Fiore”, as many call him, is an indisputable Italian show business star. Nothing related to him is random. Starting from his second name: indeed, Tindaro recalls black Madonna of the Tindari, to whom his mum, Rosaria, was very devoted.

Fiorello, instead, is the typical surname of foundlings in Sicily: Fiorello’s grandfather was indeed an orphan. His motto?

“An honest man walks all his life with his head held high.”

Summarizing Fiorello’s polyhedral and rippling personality is no easy task. His origins are those of a Sicilian boy who lives simple things, those that will make you “rich inside”, even though you do not know this when you are a child.

Born in Catania, on 16 May e1960, he grows up in a humble family with his brothers Beppe, actor, Anna, a shop owner, and Catena, a writer.

We all know his debut: a microphone, a captivating voice and a lot of music in Italian squares: this is his big successful program, Karaoke.

At first it made only 6% of share and it was considered a flop. Thanks to on air registrations, it reached 25% and gathered 15.000 persons in a square. In that moment a real detonation went off: everybody talked about it.

Before ‘Karaoke’, however, Fiorello had a variety of humble jobs in Catania, when he wasn’t moved by any stage’s ambition. He worked as a greengrocer, a bricklayer, a plumber, a carpenter, and worked for a funeral home’s call center.

Then 1975 arrived, and he decided to start the adventure in the Valtur-resorts world, starting as a porter and then becoming a waiter and a barman. Already at that time he entertained his colleagues through nice gag with “brioches”.

One day, he planned a prank on people at the beach: dressed up as a policeman, he pretended to fine poor fellows who were, according to him, over- or under-dressed. Unluckily, real policemen came along and the resort’s managers had quite some difficulty defending the future king of Italian shows. 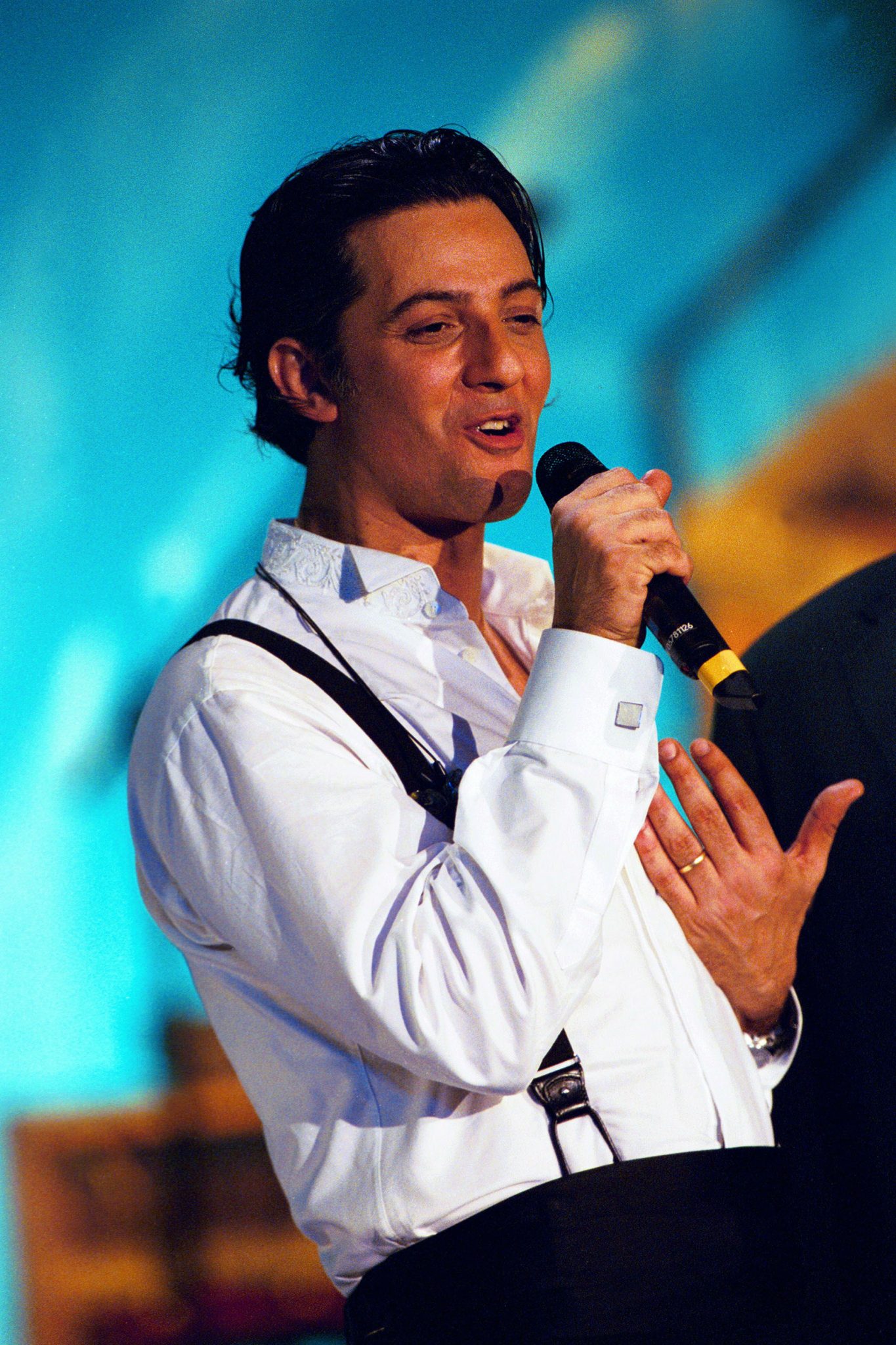 One night, Fiorello decided to perform in front of resort’s public, tuning Moonlight Serenade: it was wow immediately.

A few days later Tg 1 aired a long service on him, defining him “The Valtur resort’s star”, while Espresso (the periodical) published a piece talking about a strange entertainer who has contributed to increase the famous resort’s income with his shows.

Everything started from here: in 1976 Radio Marte also burst onto the scene, and he conducted a program titled Summer sound lasting 72 hours. And what about his most recent press release, where he enjoys commenting daily news with his friends? It’s Edicola Fiore.

Today, Fiorello’s talent is indisputable; people – from adults to the youngers who would remember him as Garfield’s dubber and as narrative voice of La marcia dei pinguini – love him, and he demonstrated during the years to be able to do everything. However, his experience on TV did not start in the best of ways.

“You are great but you are long, I have to conduct ‘Fantastico’, not you. And I dismissed him, after a 50 minutes’ job interview – the great Pippo Baudo said to Maurizio Costanzo. Yes, I who brag about discovering many talents, messed up with him. But then we really rallied”.

Great, truly great, the love tying Fiore to his father: in 1990, while Fiorello was at the Sanremo Festival as a reporter for Radio Deejay, he learnt about the sudden death of his dad caused by an ictus. Since then the mere idea of Festival fills his heart with sadness.

“I owe my father so much, I had a dark moment when I got close to substances that hurt me and I managed to get out from all this thanks to his memory: I could not betray him, who had fought against drug dealers. And if someone had said to me that, in order to bring him back to life, albeit for little time, I had to sign a job contract as a bank worker for my entire life, I would have accepted without any doubts.”

Smart look, mediterranean man’s charme, with his 184 cm of height and elongated body, Fiorello can perfectly wear a showman’s clothes, actually of a one man show, because he doesn’t love to share the stage with anyone. He is credible and people like him.

He has lots of interests: until he was 15 years old he played football, he’s healthy ― he used to drink just water ― and avoids VIP restaurants, to which he prefers a nice trattoria. He is always hungry: he is a good eater but he also loves cooking, his specialty being couscous.

When he attended school he wasn’t a great student: he failed four times in the liceo scientifico (a high school focusing on scientific subjects), but today he calls himself a “living blob”: on TV he watches every program, at 8 a.m he has already red every newspaper and his favourite presenter is Piero Chiambretti. 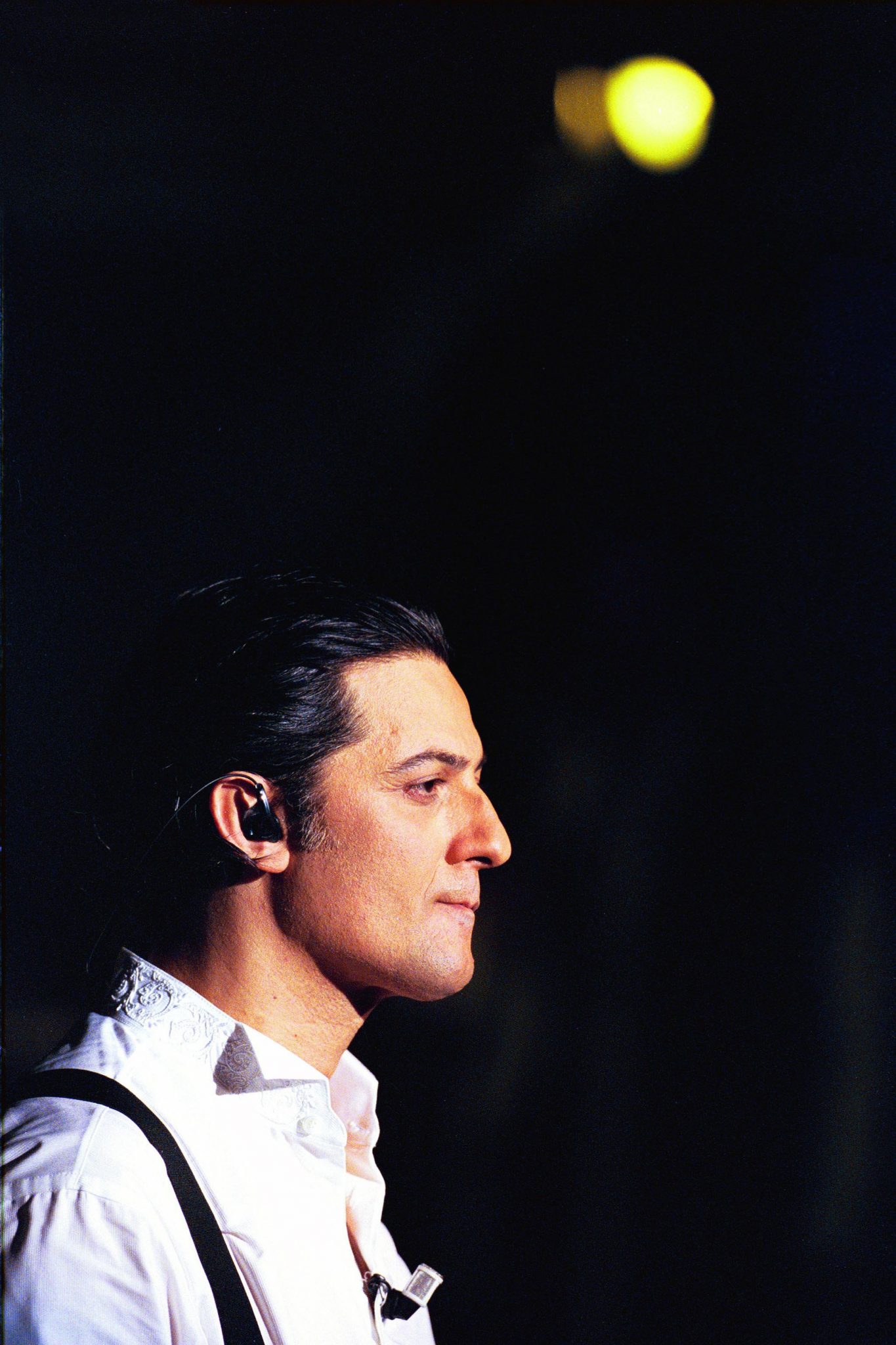 Behind such a strong and determined character, Fiorello hides many uncommon aspects that maybe you don’t imagine. An example?

He is afraid to fly: to take the edge off, he enjoys imitating the “plin” sound which points out when you have to fasten your seatbelt. He is a hypochondriac and he is always very tense before each performance:

I walk around as a madman ― he said ― I bite, my hands are sweaty, I drink a full bottle of Bach Flowers.

And sentimental life? After a long love story with the presenter Luana Colussi and another with the actress Anna Falchi, in 1996 Fiorello started a relationship with Susanna Biondo, whom he married in 2003 and from whom he had a daughter, Angelica.

Fiorello actually has another daughter, Olivia, born from the previous relationship with Susanna Biondo.

“If today I am a normal man again, if I understand that mundanity is to be lived only when strictly necessary, I only have to say ‘thank you’ to Susanna. She has a strong character, she says the right words at the right moment.”

Colleagues, friends and collaborators use to fall in love with Fiorello at first sight, also because he immediately shows himself as he really is and he wants the same from others. Maestro Cremonesi, his band’s arranger, says about him:

“He doesn’t read notes but he has an extraordinary musicality, which is impeded by his laziness. He despairs when is on a diet. And he gets cross when he notices that someone is hiding something from him. He is a calm temperamental Sicilian.”