Now 70 years old, Carlo Verdone has spent 40 of them as a director, actor and writer, capturing the essence and the facets of Italians better than anyone, raising them to the level of archetypes.

From his cabaret days as a young actor to his most recent film as a director, Benedetta follia, Verdone has narrated the frenetic changes occurred in Italy over the last four decades, sometimes with cynicism, sometimes with levity and a stronger inclination to laughter.

Carlo began to study the nervous tics and the fragility of those who passed under his window.

The streets between Trastevere and Campo de’ Fiori, in Rome, inspired Verdone, who was accustomed to that area of Rome and encouraged to observe and the people who live there: second-hand dealers, artisans, food shop keepers, shoemakers.

At a time when tourists did not occupy every single corner of the cobbled streets, the young Carlo began to study the nervous tics and the fragility of those who passed under his window and transformed these details into full-rounded characters, masks of the society that surrounded him.

But what are his most iconic roles, the ones that helped him become the great comedian he is today?

Ruggero is a hippie: he’s convinced he had a vision and has been living in a community in Umbria since. Walking through Rome with his girlfriend, Ruggero runs into his father, who drags him to his old home in a desperate attempt to convince him to get back on the right track.

Un sacco bello was Verdone’s debut, and already in this first movie he shows some of the recurring traits that can be found in his other films: the theme of the journey, the Roman setting, Verdone’s “doubling” as he plays different roles, in front of the camera and behind it. 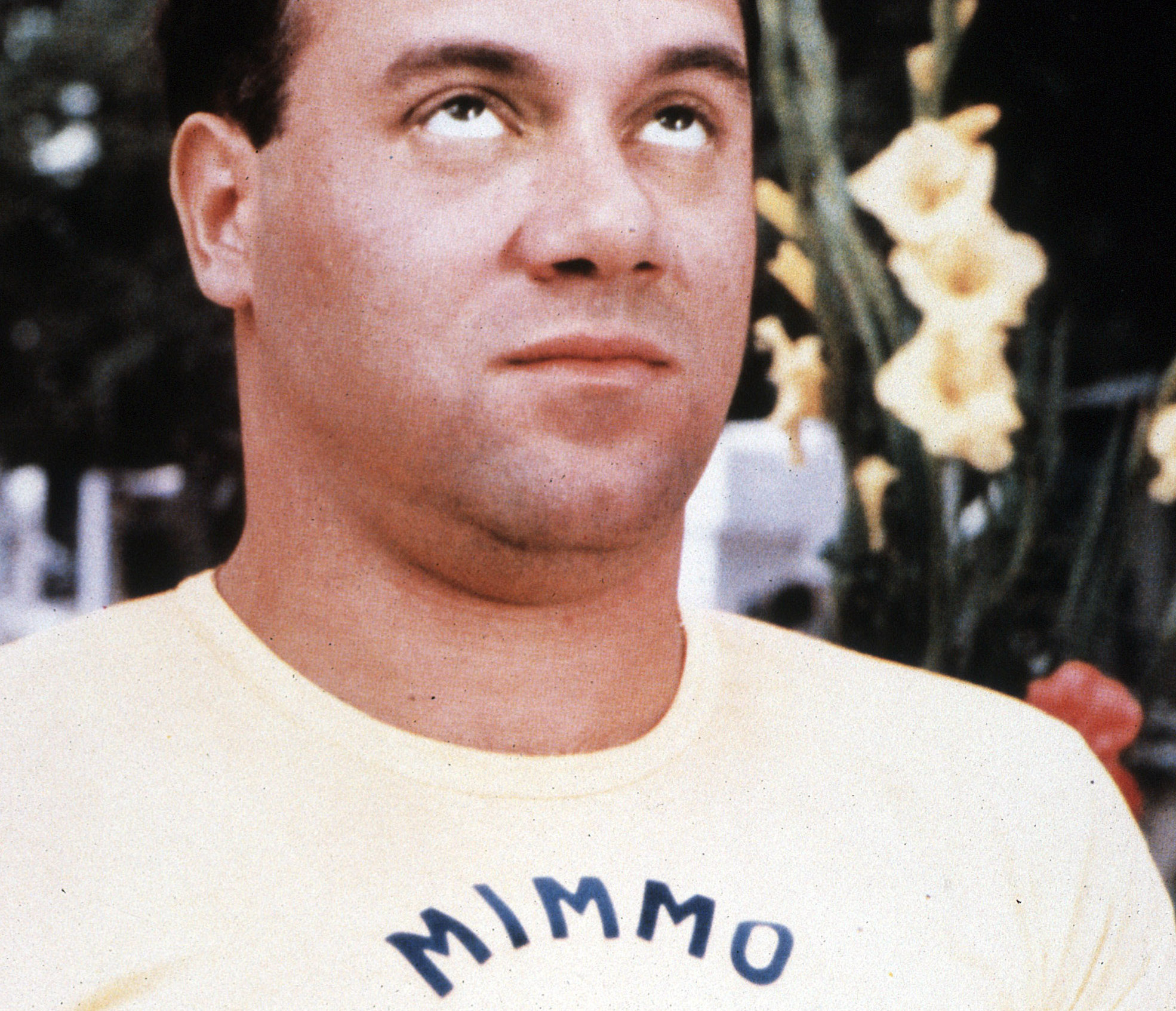 It’s time to vote! Italians set off to reach their polling booth and Verdone shows us three characters on their way home: Pasquale Di Amitrano, Furio Zòccaro and Mimmo. Continuing with the episodic narrative structure of his debut, Verdone shows once again his talents as a quick-change artist and his ability to surround himself with excellent character actors, such as Elena Fabrizi as the unforgettable Sora Lella or Mario Brega, in the role of the uncouth truck driver.

The film can boast that Sergio Leone (Verdone’s mentor, who had already been involved in his debut) played an executive producer, and that the soundtrack was composed by Ennio Morricone.

One of the most memorable and beloved of Verdone’s characters: a stuntman – aspiring actor – wants to be Rambo, but is discarded by all directors because of his goodie-goodie face. After In viaggio con papà, Verdone worked once again with Alberto Sordi, the outstanding Italian comedian to whom Carlo has been compared several times. The film is a bit discontinuous, but Oscar Pettenati has since become a national icon, above all thanks to the story of his mishaps during the filming of La palude del caimano.

Inspired by real events which happened to Verdone and Christian De Sica (his schoolmate and future brother-in-law), this choral comedy stages the disillusionment of a group of characters in their 30s who are forced to deal with their own failures. Part dramatic and part grotesque, Verdone gives one of his best performances as a director, but also as an actor thanks to the melancholy character of Pietro “Er Patata”, a high school professor harassed by his wife, who finds comfort in a relationship with one of his students.

Bernardo is a journalist and a musicologist, busy writing Jimi Hendrix’s biography, but he breaks up with his girlfriend Adriana and falls into depression. In order to get better, he decides to go to therapy and this is where he meets Camilla (Margherita Buy), a nervous actress who is in love with the psychologist.

This atypical romantic comedy shows us the encounter between two neurotics, perfectly played by the two protagonists: Verdone is in excellent shape and shows that he knows how to try his hand even at more delicate roles, without giving up his (now patented) ability to read real life and the misfits who live on the sidelines. The choice to bring them to the forefront is perfect, and it earned him a David di Donatello for his performance.

Romano goes to parties with Jep Gambardella (Toni Servillo), his companion in misfortune; an unsuccessful playwright, he is unrequitedly in love with a young woman who exploits him.

In Sorrentino’s film, Verdone appears exhausted, tired, disillusioned. Romano certainly represents one of the most tormented roles in his career: another very successful, dancing and messy mask that, under the surface, hides an insurmountable sadness.

Cover photo and in the text by Angelo Palma/A3/contrasto.