“5,4, 3, 2, 1… on air!” The red light turns on, the anchor-man is ready for the breaking news at 8 o’clock. After the titles, all is ready to begin. The sports journalist enters Italian homes every day and stays there for several hours, from morning to night.

Many Italian spectators are increasingly watching all-news sports channels. The result is that the outfits shown by these journalists have created their own school of fashion though.

“Sports journalism has an important social function. Many Italians potentially struggle to read as much as they should, and if it is sport that incites someone to read, that is no bad thing. He evokes sport and sports journalism,” as we wrote about Gianni Brera.

After talking about the lawyer’s style, the dress code of the journalists on television has changed a lot in recent decades: there’s a thin line between a classic style and the dandy touch.

But there are also editors who have literally imposed new rules on the clothing of journalists. A few years ago it happened to Rai 3, thanks to the order of service given by the director Daria Bignardi, with the aim of eliminating plunging necklines and gaudy accessories from this avenue of state television

Here then, the clothing of sports journalists appears formal but modern. If you are in the TV studio, a suit is a must. This may be different for the reporter at the scene or by the pitch. In fact, reporters must inevitably dress to suit the climate and current reporting conditions.

It takes very little, however, to create a pleasant appearance on the air. It would be a shame if the viewer changed channels because they disapproved of your style.

“The reporter must wear a dark blue or dark gray suit, with a tie (without bright colors that could be emphasized by the studio lights on TV: the news is often a sober affair, remember it). It’s also important to avoid brown, a colour that’s rarely televised.”

Be mindful of your jacket lapels: the Milanese tradition dictates that it be more consistent, padded with a canvas made of horsehair and camel’s hair; whilst the Neapolitan school prefers light lapels, with a just a small bit of cloth inside or even just with a little cotton.

Anyways, it’s a detail that is really capable of selling a personality not to mention his workmanship.

Of the three types: Classic lapels (also called notched), lapels with peak or point and Shawl lapels, you can choose as you like, depending on which will enhance a style and a character suitable for the right occasion (stand-up, talk show, press review, press conference).

You may also consider a large collar, such as was worn by the legendary Gianni Brera, a lover of the Prince of Wales and pinstripes.

“The shirt must be white or at most light blue, and only a solid color. It’s ok to wear a vest or cardigan under the blazer, but the last button must be worn open. To be clear, aim for the: ‘Pierluigi Pardo style’ (as you hopefully noticed in the opening photo).”

The reporters on the pitch must undoubtedly protect themselves from the cold, so for them a quilt or a parka becomes indispensable. No bright colors, even in this case: always opt for blue, gray or black.

If you have to do stand-up inside a sports arena do not forget that you will need to be protected from the cold: therefore, during the live show wear a suit or blazer and slacks.

“Preferably, no scarf in sight. You are not a supporter in the stands at the stadium. Keep the tie visible, at least until the end of the live recording.” 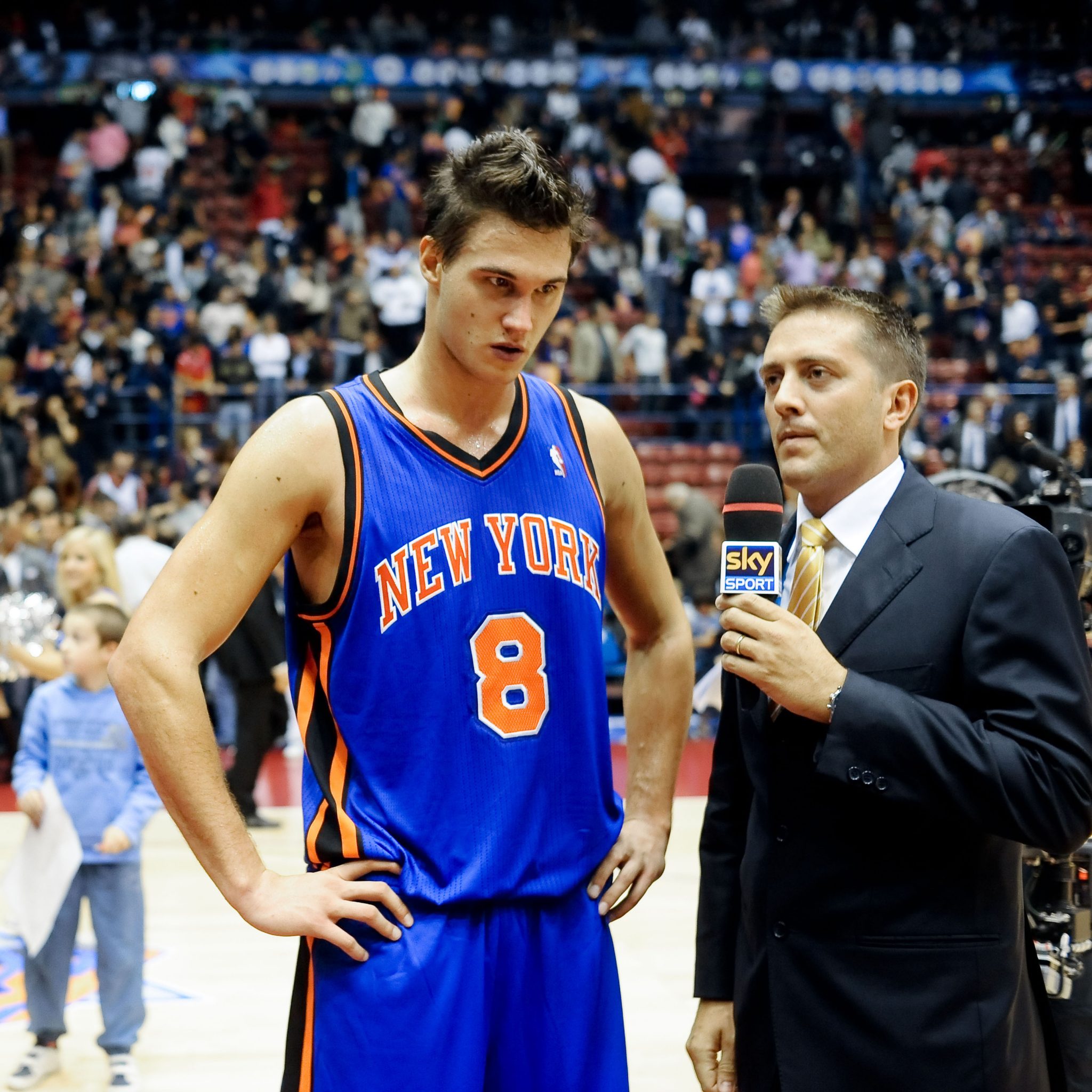 And let’s go to the trousers: we recommend the washed wool line, the new frontier of wool, which can give you an interesting retro style.

We say no to checkered patterns: although checks are now at the top of the style charts even for the cold season which is arriving now, on television it could be unwelcome and annoying to look at. Leave it for appointments outside of work hours.

Remember also that your look depends on the time slot you are on air. Do not confuse the day with the night, the information with the show, the balance with the confusion. It goes a long way to demonstrate your professionalism and the image of your editorial staff.

“I could not always say everything I wanted, but I never wrote what I did not think,” said Indro Montanelli.

Regarding the dress code for newspaper office: if you’re not going on air, remember to maintain a certain decorum and elegance: no torn jeans or logo t-shirts. Wear a sweater and shirt, buttoned-down well in winter, and for the summer a polo shirt or a cotton shirt. No linen, you are not on a beach nor on a boat.

“Finally we come to shoes: we say a strong no to sneakers in this case, this option is best left to the football players themselves. However we do say yes to boots and to penny loafers, maybe with nice socks. Not too colorful, of course.”

In short, you are free to customize your outfit for live TV but always remember to keep the good taste and not to overdo your inspiration. Accuracy and elegance: two factors to never go wrong.

Straps, wide collars, bright colors, extravagances and excesses: 1980s fashion, full of barely wearable creations, is firmly back to the fore. The fashion system of that period has actually influenced (and still influences) a lot of today’s fashion; stylists know this well. The period was very fertile and highly creative in terms of style and […]