There exists an alternate idea for a holiday: one that moves you towards new destinations and requires a backpack, boots, and resistant clothes, and, more than anything, the thrill that only an unexpected adventure can give you.

Your opportunities are almost endless: long walking, hiking, camping, trekking or even extreme activities such as climbing, mountaineering or rock climbing to the highest peaks.

Even in this case, you shouldn’t ever forget that a gentleman will certainly need to take elegance everywhere on his trip. Yes, even a thousand feet up, alongside the best equipment you can find, your knowledge of the places you’re exploring and the willingness to be surprised.

The discovery of the “vertical world”, the pleasure of climbing and conquering the highest peak, or another more reachable place, it’s a race, but not against time. It means dedicating yourself new spaces and new eyes. As anyone with great passion would say:

The fascination of this concept is encapsulated in a famous sentence that became a symbol of freedom and love for mountaineering, a sentence spoken by one of the greatest Italian alpinists, the legendary Reinhold Messner:

“On the peaks, I never leave anything except for my footprints that the wind will eventually erase.”

Alongside this explorer/pioneer stereotype, there is today, the modern climber (the Americans call him cyber top climber), a young employee, freelancer or manager, who lives in the city during the week, waiting for the weekend in order to enjoy his outdoor adventures.

And there is an exciting new experience for everybody’s taste and at every latitude. From the green Valle di Mello in Valtellina, fascinating with its peaceful alpine meadows, a wild landscape with its peaks exceeding ten thousand feet, to the red rock walls plunging down to the Sicilian sea in San Vito Lo Capo, it’s a coveted destination for the sport of climbing.

Or else, there is the Sarca’s river valley with more than 500 discovered routes, or Capo Palinuro, in Campania, inside de Cilento’s National Park for a climbing on the cliffs surrounding the so-called Gigante Addormentato, the panorama of the “Sleeping Giant.” 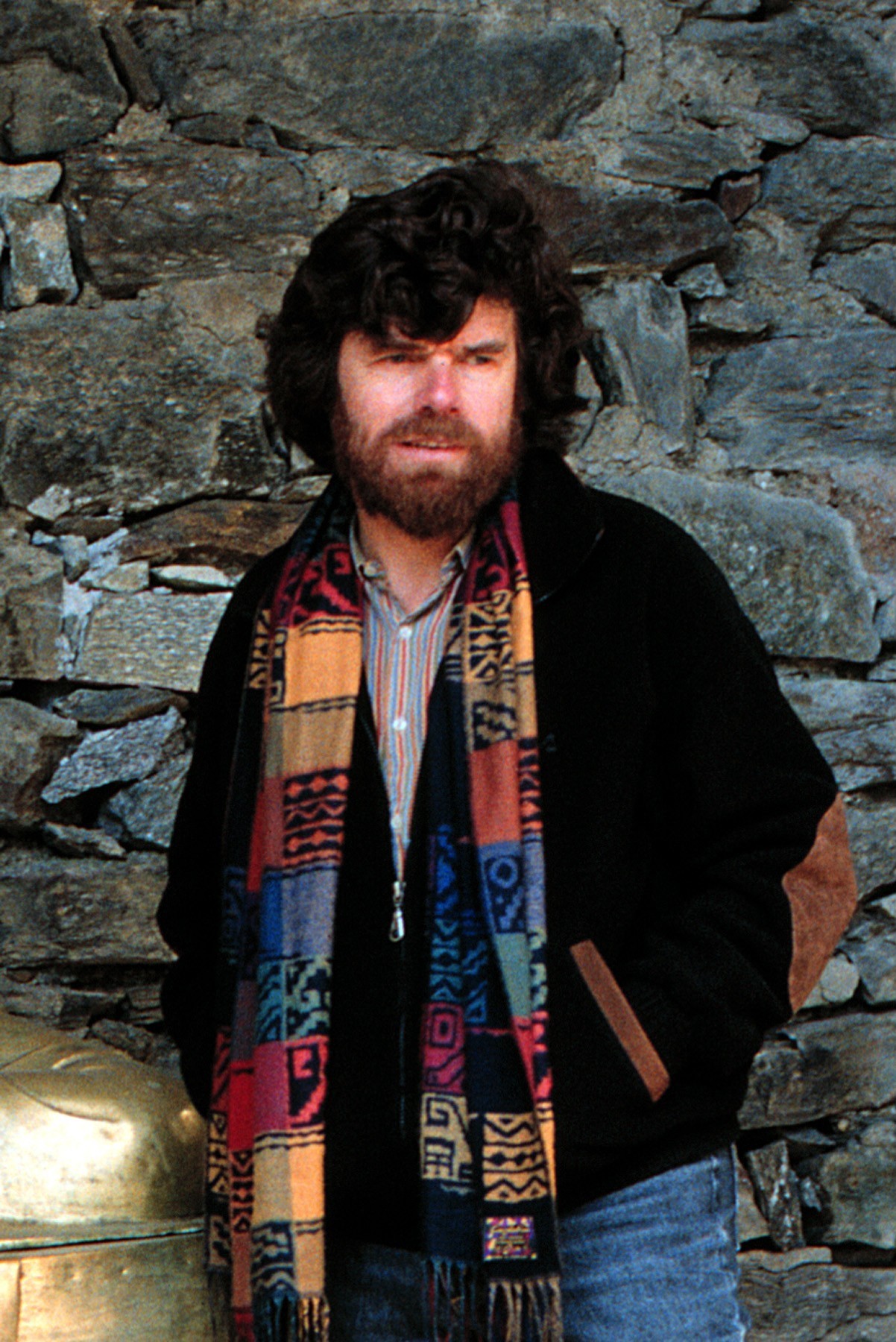 Not to mention, then, the climbing paradise of the wonderful Valle dell’Orco, on top of Gran Paradiso Park, and Rocca Sbaura, it’s like a jungle gym for climbers with mountain refuges fully immersed in the historical tradition of this longed-for destination.

Now that we’ve talked about this contemporary explorer figure and his destinations, we’re going to define his style.

He will bring with him the elegance that distinguishes him but mixed, this time, with more creative freedom in order to give space to his wilder soul.

I would advise against Sylvester Stallone’s Cliffhanger style: not just for fashion reasons but also for safety and comfort: so, no tank top and no trunks, please. I’d prefer to advise you to look at Italian explorers: above everybody, obviously, Reinhold Messner.

Fancy in his climbing style, and also in his outfit choices at high altitude, esteemed by men and loved by women, Messner used to wear classical shirts but also whimsical ones in his public outings.

“On the mountain he always wore a woolen shirt, aware that wool was the best fabric to dress with during his adventures.”

And to this day, not even the new technical textiles are able to rival the ductility and the elegance of natural fabrics (wool and cotton above all).

Then, long trousers, a resistant and comfortable pair (no denim in order to move nimbly), a strong but soft windbreaker (buy it one size bigger in order to wear several layers of clothing: a cardinal rule of mountaineering, whatever the latitude). 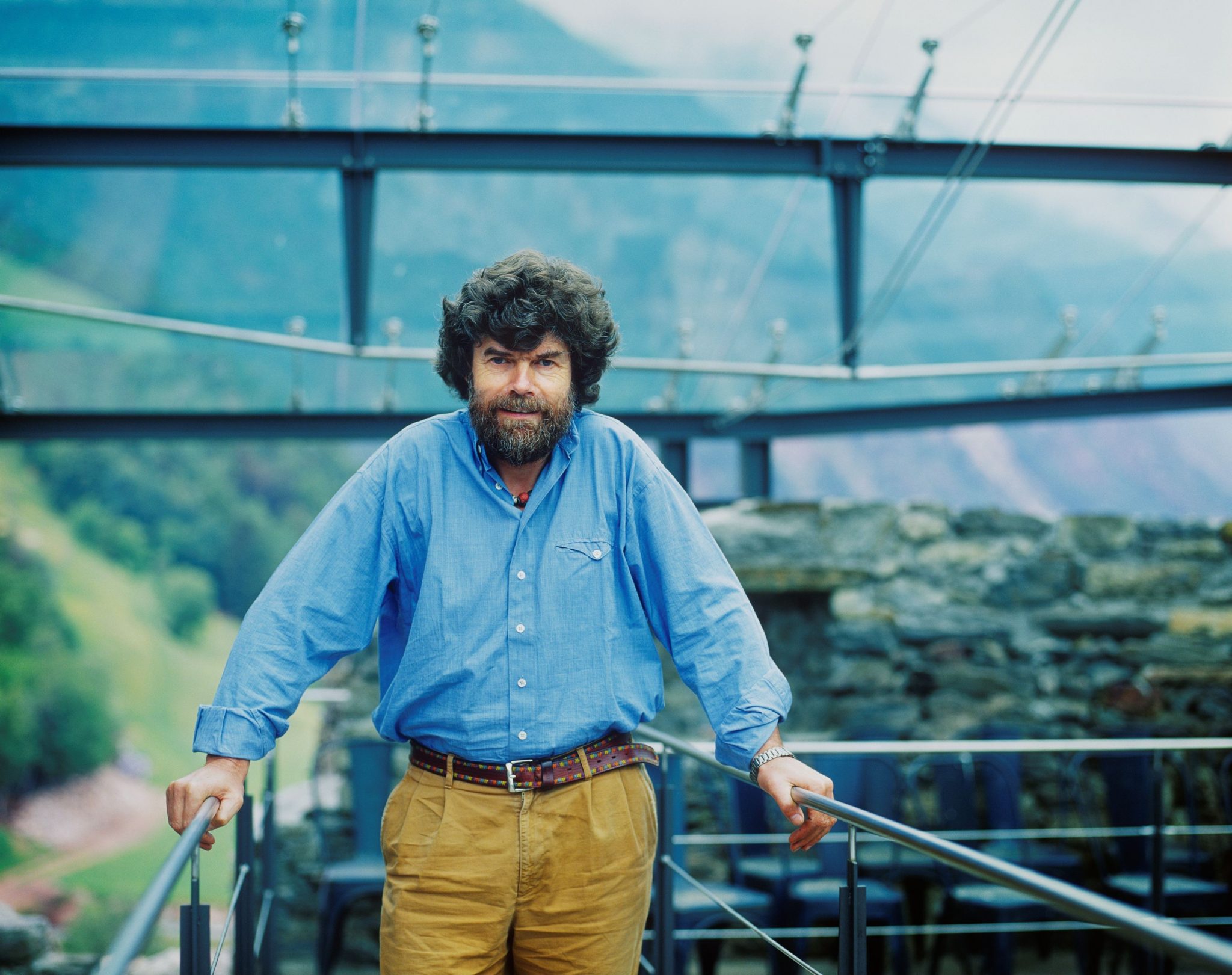 As many already know, Reinhold Messner is a master and legend for generations of adventurers since 1950. As a philosopher of the mountain, he sought adventure, thrill and emotion but also as a heartfelt and contemplative space. When he was 24 years old, he wrote:

“Now, put on your boots and leave. I’m already on my way, ready for everything, even for going back in the case I’ll have to face the impossible.”

Straps, wide collars, bright colors, extravagances and excesses: 1980s fashion, full of barely wearable creations, is firmly back to the fore. The fashion system of that period has actually influenced (and still influences) a lot of today’s fashion; stylists know this well. The period was very fertile and highly creative in terms of style and […]

For once, the lawyer with the capital “L” ― known as the “Avvocato” by Italians ― does not make the news, because here’s where we’re looking at the entire profession. An Italian motto goes: “the habit does not make the monk;” nor the lawyer, it would seem. The court’s corridors, crowded every day in all […]