For half a century their name has been rhyming with boundless culture and exquisite manners. Almost 40 TV shows and 50 books, considering the efforts of both father and son that spread from dinosaurs to the Mona Lisa’s eyes, from sharks to the Riace Bronzes. Piero and Alberto Angela are the royal family of the dissemination of the scientific knowledge, a dynasty of ambassadors of Italian culture.

Educated but never know-it-alls, calm but never boring, they have been the perfect neighbors for 50 years: always charming and great storytellers. Scientific journalists, but also pop idols loved by the audience. Their main mission: to allow everybody discover Italian beauty, even better Italian wonders.

If we had been in Turin during the 1950s, we could have met twenty-year-old Peter Angel: it was jazz itself that led him to RAI, as contributor to a music tv program. Peter Angel, nee Piero Angela, built a career first as a journalist, then as an anchor man. While covering space missions from Houston, he fell in love with science:

“I realized I didn’t want to tell ten stories a day, but about one for a year.”

In 1981, Italy heard Bach’s Air on the G String for the first time, the unmistakable opening theme of Quark ― his best-known show ― that would have then been “doubled” with Superquark.

With the elegant attitude proper of the Turinese, he always wears a suit and tie (often red), trouser braces, light socks and college loafers. He talks in a plain and fascinating way, explaining complex phenomena with understandable words.

He wanted to raise the audience’s passion and kindle their curiosity, which had never been extinguished within him: 8 honorary degrees later, he still studies, works, writes. In fact, he handwrites.

Surprisingly, he was very bored in school: the real intellectual of the family, he often admits, is his son Alberto. When he was just a few months old, his father brought him in front of the television to watch the first worldwide broadcast and he said:

“This is the new era you are going to see.”

Thirty years ago Alberto Angela started his career in Rai, with the consciousness of proving that he was much more than just “Angela’s son”. He still calls his father by name when they are working, but his merit has been proven by the extraordinary share of his programs. Nothing farther from nepotism.

Everyone appreciates his shows, housewives as well as high school students, because they are a safe zone in a yelled, boorish TV. Even astrophysics seems easy to understand if Angela explains it. 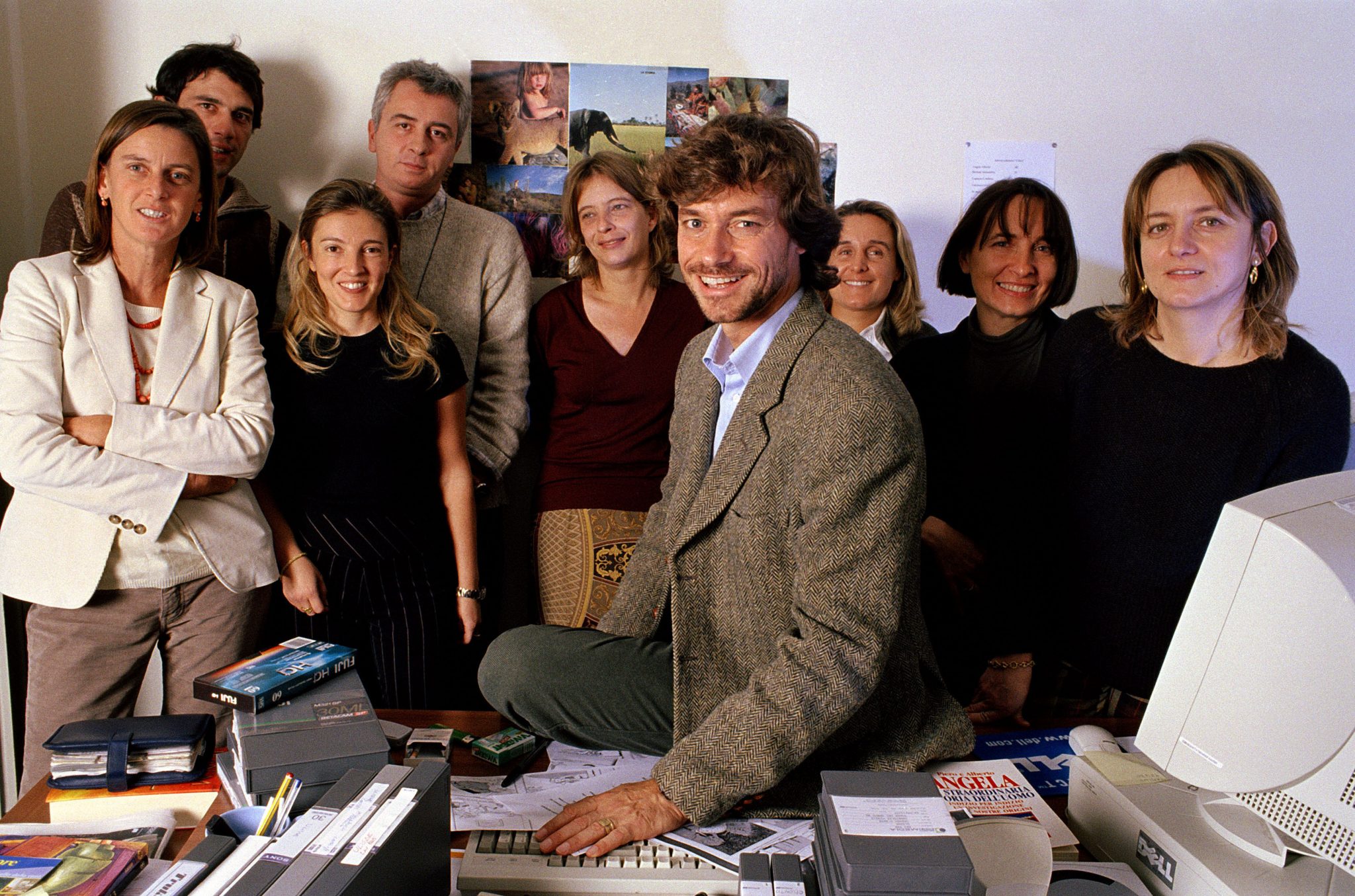 In a TV full of talk-shows and reality-shows, they embody the payback of good manners and propriety. In a general distrust toward intellectuals, they have shared with the audience the secrets of history, art and architecture.

However, Alberto Angela also achieved a bigger goal: he has reminded Italians how beautiful Italy is, with genuine passion, avoiding stereotypes and mawkish moments. As Italians don’t suffer from Stendhal syndrome, sometimes they forget the wide treasure they walk upon every day.

“There are things that shouldn’t stay locked away ― he said in ‘Salone del Libro in Turin’, at the presentation of his book about St. Peter’s Church ― they must be told.”

He didn’t even avoid painful topics such as racial segregation. His grandfather Carlo (Piero’s father) is a Righteous Among The Nations.

The Angelas have both a seashell and an asteroid named after them. And a cartoon, too: Piero inspired a Mickey Mouse character and Alberto was among the dubbers of the Minion’s movie.

They are a huge phenomenon on social media: parodies, memes, tons of tweets from their fans, the self-called “Angelers.” They wish they had Alberto as their school teacher or, at least, could invite him over for dinner. 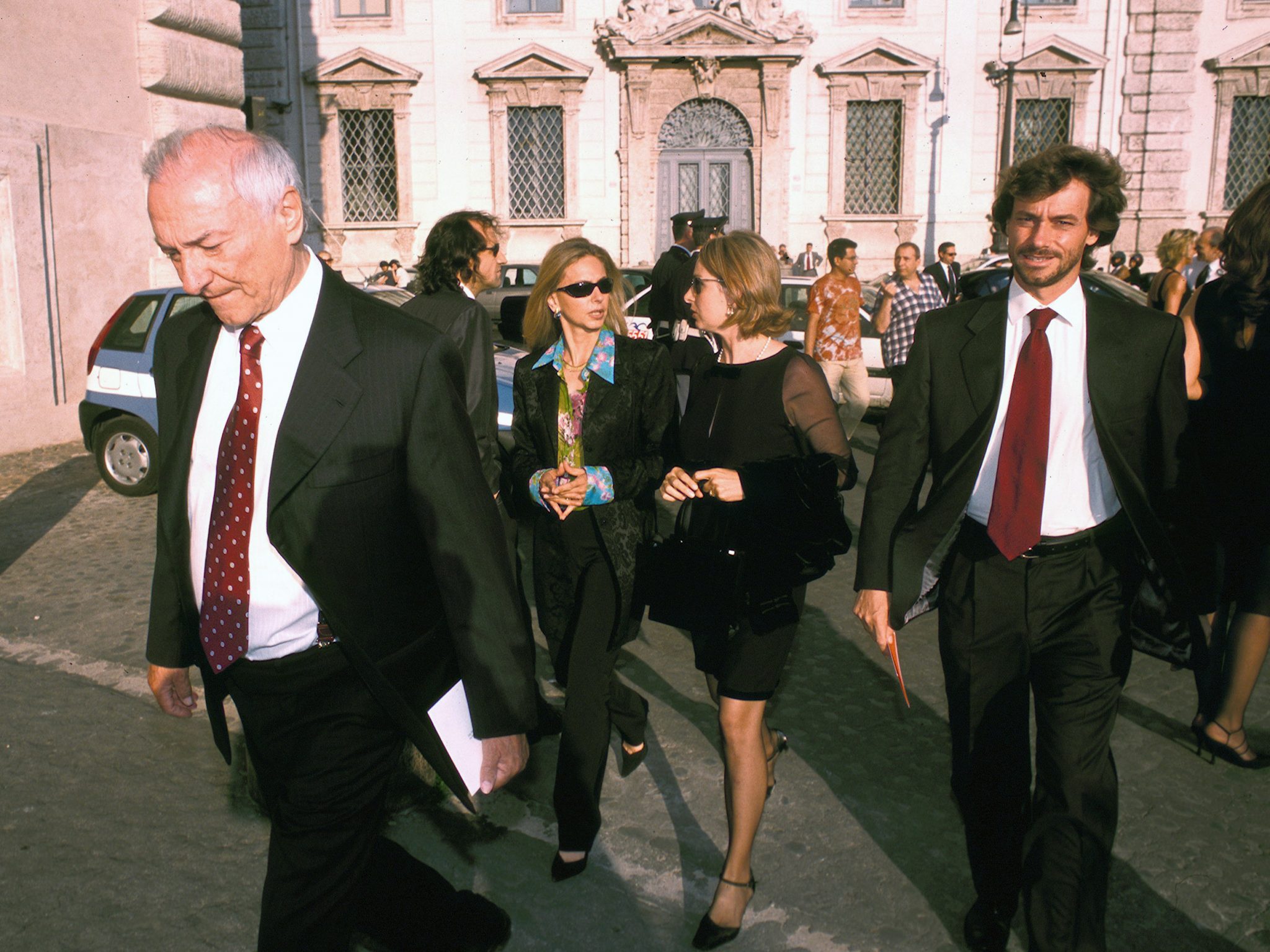 His father, who is now 90 years old, is revered as a saint, yet the son is quite a sex-symbol, even if he never wanted to become one. And he never acted like one: he is a paleontologist, we could easily call him a nerd. He’s undeniably attractive, but most of all he is charming, eloquent, and well-educated.

57 years old, he still has the good-guy appearance, a practical look made of jackets and shirts. When he isn’t wearing a suit ― mainly blue ― he’s casual in high-waisted jeans, turtleneck and suede shoes. A touch of 1990s. And the field jackets, of course, beige or military green, like a real explorer.

The Angela’s dynasty has now reached the fourth generation: Alberto has three sons. One of them, Edoardo, already experienced his fifteen minutes of fame: when the press noticed his Instagram profile, they exploited it for days and days. Who knows, maybe one day he will have a seashell or a celestial body named after him, too.

What’s life like for a man who customizes motorbikes for a living? What’s it like for two of them? Today, I interviewed San Marco and Phonz, the Anvil Motociclette co-founders. Understanding where passions come from is always a fascinating journey, especially if it begins in childhood, but The path is not as smooth as you […]