The days of Mediterraneo style

In June 1941, a handful of Italian soldiers ― stragglers caught here and there, recalled from the various fronts of the Second World War ― were sent on an OC Mission (Observation and Connection) on the island of Megisti, a crumb of rock between the wavy folds of the Aegean.

This is the beginning of one of the most lively and melancholic pieces of Italian cinema from the 90s: Mediterraneo (1991) by Gabriele Salvatores. 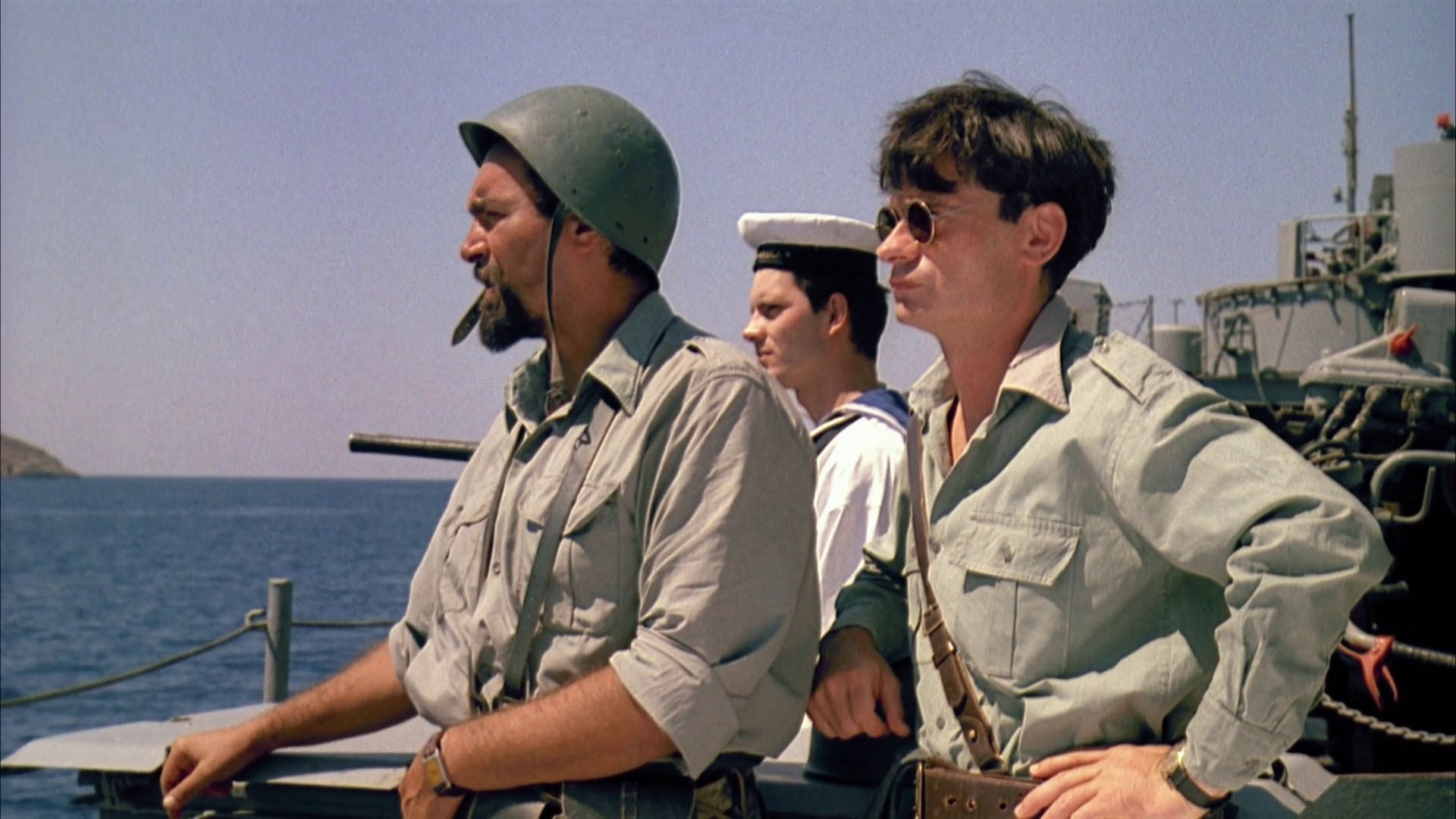 Awarded with the Oscar for Best Foreign Film ― unexpectedly overtaking the oriental masterpiece Raise the Red Lantern by Zhang Yimou ― and promptly considered a cult success, the film tackles, with faint elegance, the weaknesses of a betrayed generation, (the author’s own, as he himself was the son of the dashed hopes of ‘68) filtering them through the lens of a deceived generation, that of our grandparents and of a youth dispersed by the regime.

In short; complex concepts that only a comedy format could mask with smiles. Metaphors that in the past would have been represented through dialogue about major world events and perhaps in conversation with an Icelandic person.

There is no lack of great dialogue in Mediterraneo, but character and relationships are established and developed with so much more than just words.

“Dialogue I: we were all more or less that age when we haven’t yet decided whether to start a family or lose ourselves in the world.”

The narrator of the film, Lieutenant Raffaele Montini, embodies the rational portion of this human archipelago. No wonder then, that he ― seraphic teacher of Latin and Greek, forced to wear the uniform of the foreign conqueror ― is the one who takes on the responsibility of dealing with with the main exponent of the indigenous intelligentsia: the priest.

The affability of their relationship is informed by the culture in which they have both grown up, and their mutual affection is shown more than just verbally. The understanding between the two is chiseled into the viewer on a visual level. 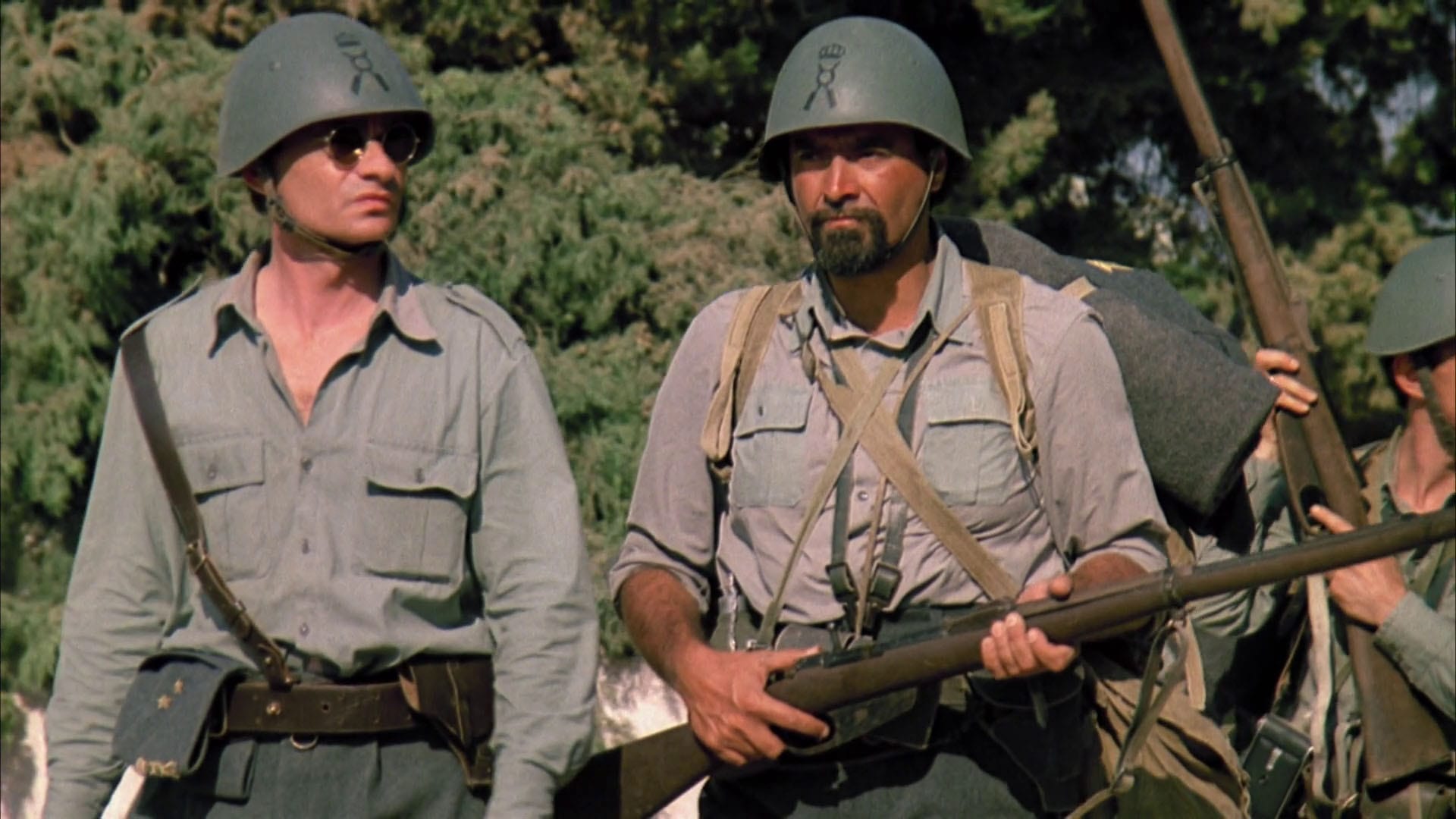 Theirs is a happy meeting between kindred spirits, and if significance and meaning are reflected from the beginning in the liturgical figure of the Greek cleric ― traditionally signified by the exarasson (cassock) and the kamilavkion (typical headgear of the Orthodox presbyters) ― the development exhibited by lieutenant Montini conceals another nature.

It happens then, that for each grain of the komboloi (orthodox rosary) shaken by the monk, the Italian soldier loses one of his frills, abandoning the grayness of the martial clothes and the comradely side cap to return to his free and civil vocation, wearing large linen shirts and nice headgear.

“Dialogue II: what is the most beautiful thing on this brown Earth? One says: ‘a throng of knights,’ another: ‘a thong of infantrymen,’ or perhaps ‘of ships.’ I say, ‘it is that which you love.’”

Antonio Farina is a young man, a virgin, and an orphan, who will find his raison d’être on the lips of a prostitute: Vassilissa. It is for her that the tiny orderly intones the verses of Sappho and Alcmane; it is for her and for her wide dark eyes that he feels like he is choking and his voice begins to shake.

With her feral look and raven hair, the woman becomes a mother, a lover and, above all, love itself, betraying the vulgarity of her profession after her first appearance in the movie. 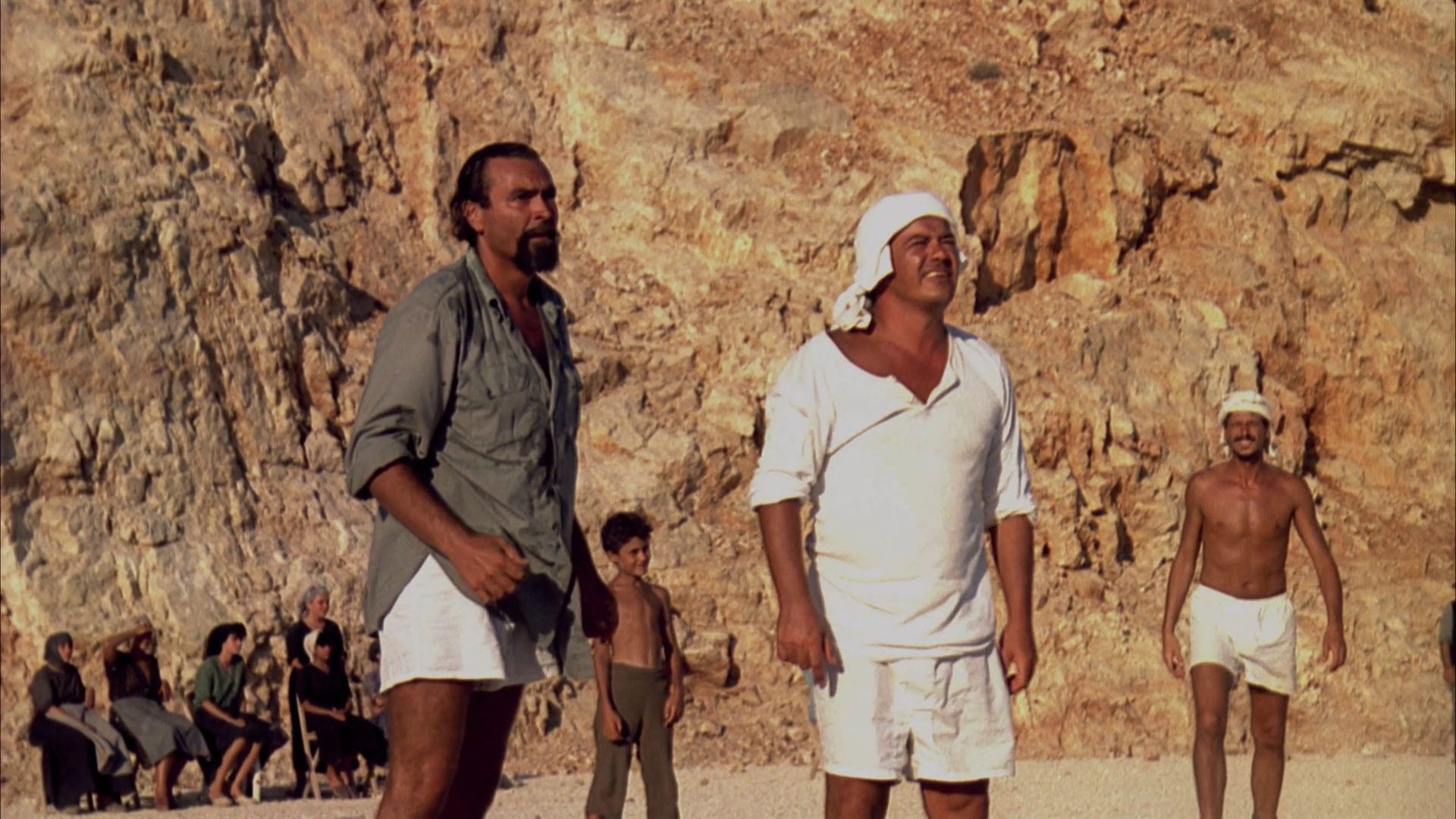 Indeed, she is not framed by crimson and brash fabrics, but by a light dress of blue cotton, with huge lilac flowers pinned here and there. An open statement of a much more delicate spirit than we might have expected.

Softened by her presence, even the thalamus on which she welcomes her customers rejects the sins of the bargaining of such beauty. And on virgin white sheets, a pink embroidered rose blooms; the same bloom whose stem, heated by mid-day sun, sinks into a crystal jug on the bedside table.

“Dialogue III: do you know that every time I see a sunset, it drives me nuts? Because I think another day has passed. Then, I get sad; because I think I’m alone.”

With blackened skin and refreshed soul, the troop soon adapts to the rhythms of the island and of its modest inhabitants, willingly avoiding the questions of a universe that seems to have forgotten them and, in turn, has been forgotten.

Out of the entire group, only sergeant major Nicola Lorusso, although seduced by that Greek eden, seems to be willing to return to the front and to his homeland. 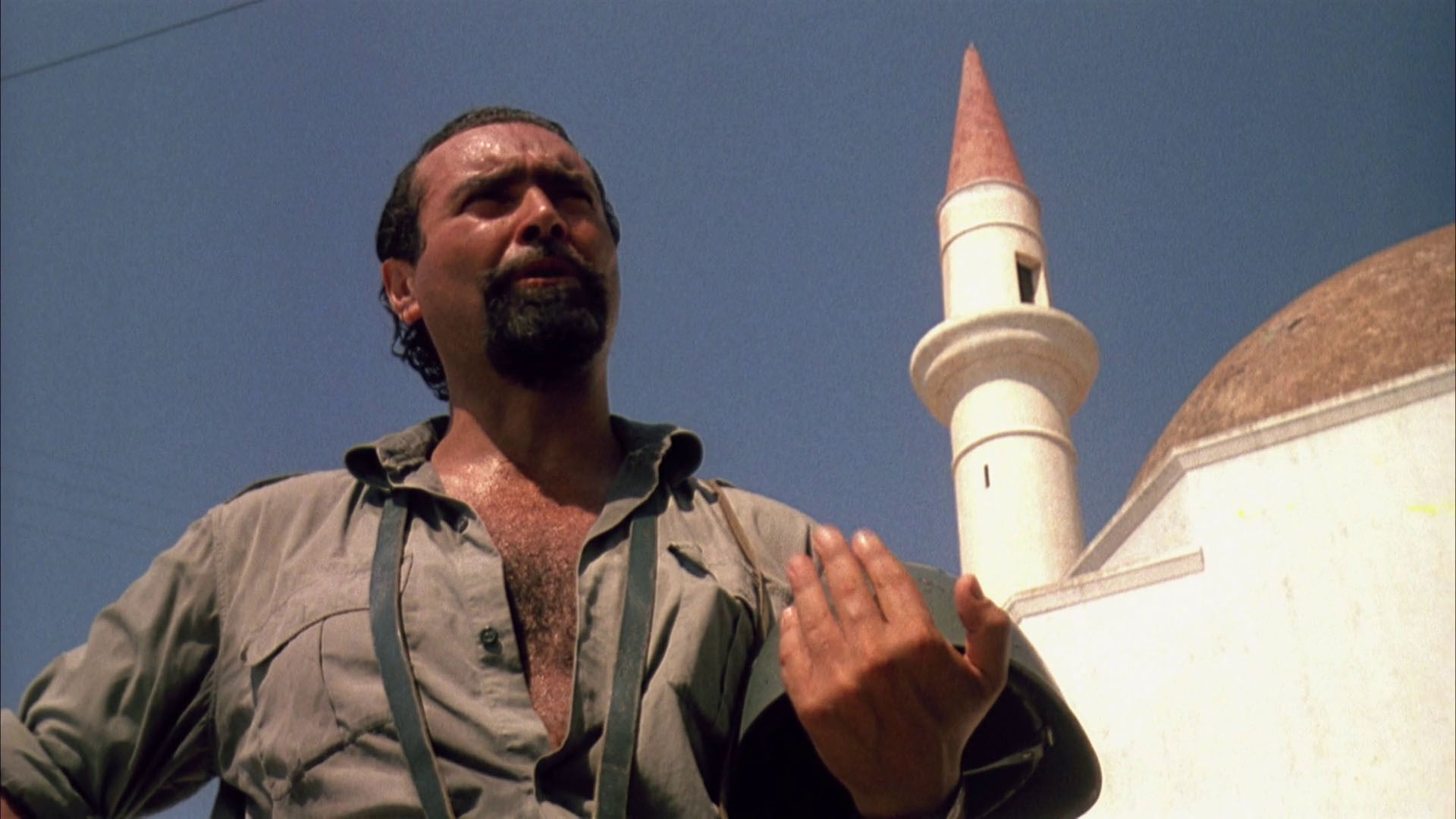 As the only one who faced the enemy in the African campaign, Lorusso still retains the frenzy of the urban world, a voracity of action that cannot be drowned by the caresses of the new life on the island.

This, however, seems to attract him to the tribal carousel of the sirtaki zorbas ― a folk dance which owes its name not to the whims of local tradition, but to a film Zorba the Greek (1964) by Michael Cacoyannis.

Hastily recalled to reality by English rescuers, the sergeant will leave without hesitation the soft Turkish trousers and the unbuttoned gilet to don the clothes of the refounding myth, ready to serve a country whose promises of nobility will soon be disregarded in a last, melancholic illusion before the return to the dream: escape.

“You won, but at least you will not be able to consider me as your accomplice.”

The Italian TV Series ‘1992’ tells the story of the year of the same name. The period was a watershed in Italian history; worthwhile enough to be reinterpreted in the 2015 Sky TV series, based on an idea by Stefano Accorsi. Set in “Milano da bere” (Milan’s infamous drinking and nightlife scene), plagued by “Tangentopoli” […]