The genius of the sea: engineer Carlo Riva

Patron of Riva, a leading luxury speedboat construction company named after his family, Carlo Riva, “engineer Carlo,” was known as “the genius of mondial sailing.” Taking advantage of an economic boom, he was able to reach one really ambitious goal through his determination and his fighting spirit.

“The man of the impossible,” as many called him, had very clearly defined ideas and was very intent on putting together things that until his vision, were impossible to combine. His idea, in fact, was to build boats “for fun”: capable of sailing, handmade, artisanal, but also manufactured in a series, creating an industrial model. Moreover, his creations had to be really beautiful, because in the Post-war era, people were very hungry for beauty.

Grace and efficiency combined together to create a speedboat that in the ‘50s were an object of desire for royal families, actors, athletes, and businessmen. Even now, it is still a very desirable status symbol. 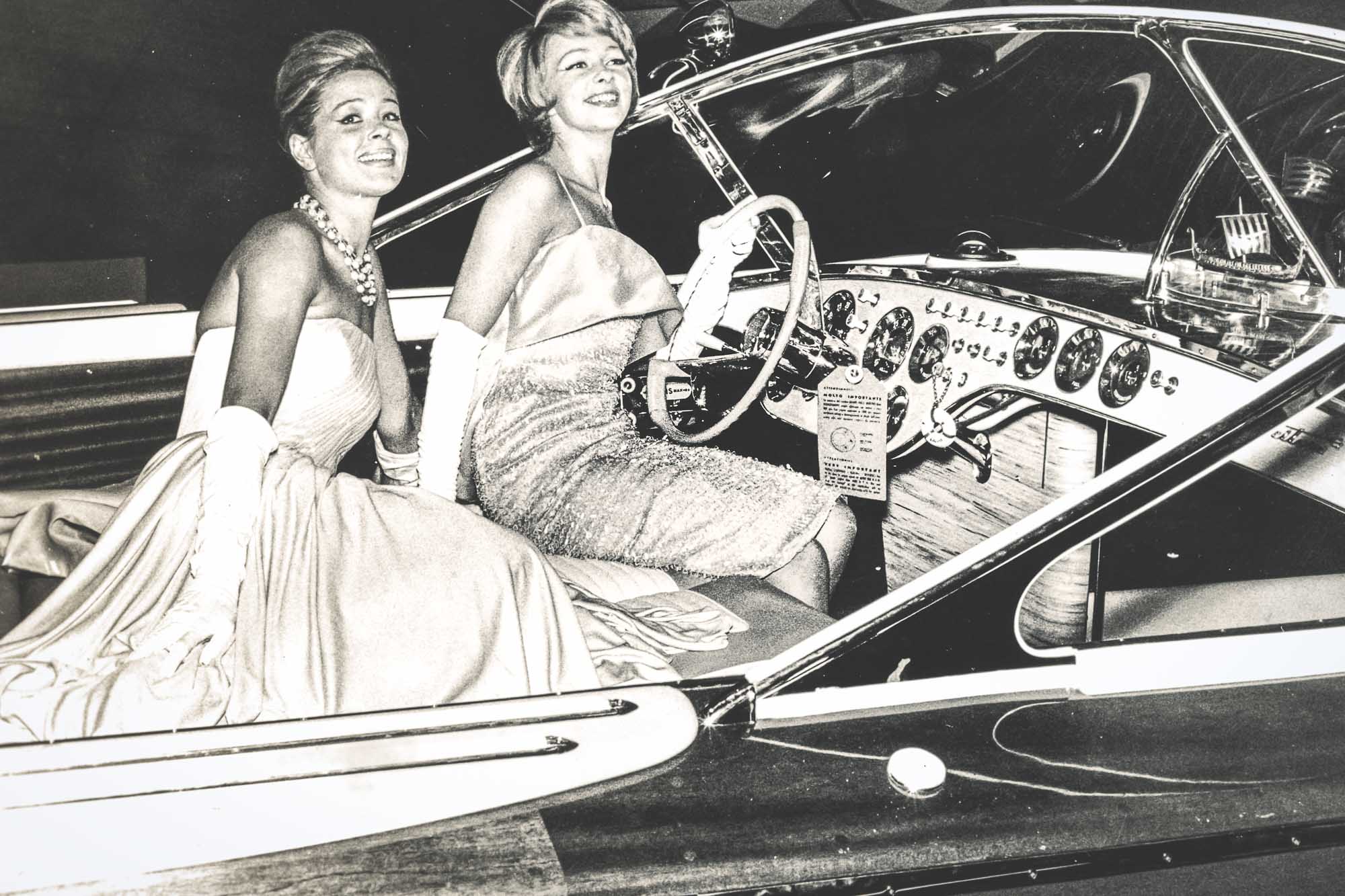 In a period when the “myth of speed” was in vogue, the Riva racing speedboats made their mark. With numerous victories and records in national and international competitions, the company’s prestige continued to grow.

Each boat was named: Ariston, Tritone, Sebino ― the first 2-engine boat, which opened the door to series production ― and Florida, which emulated the popular American model much sought-after during those years. 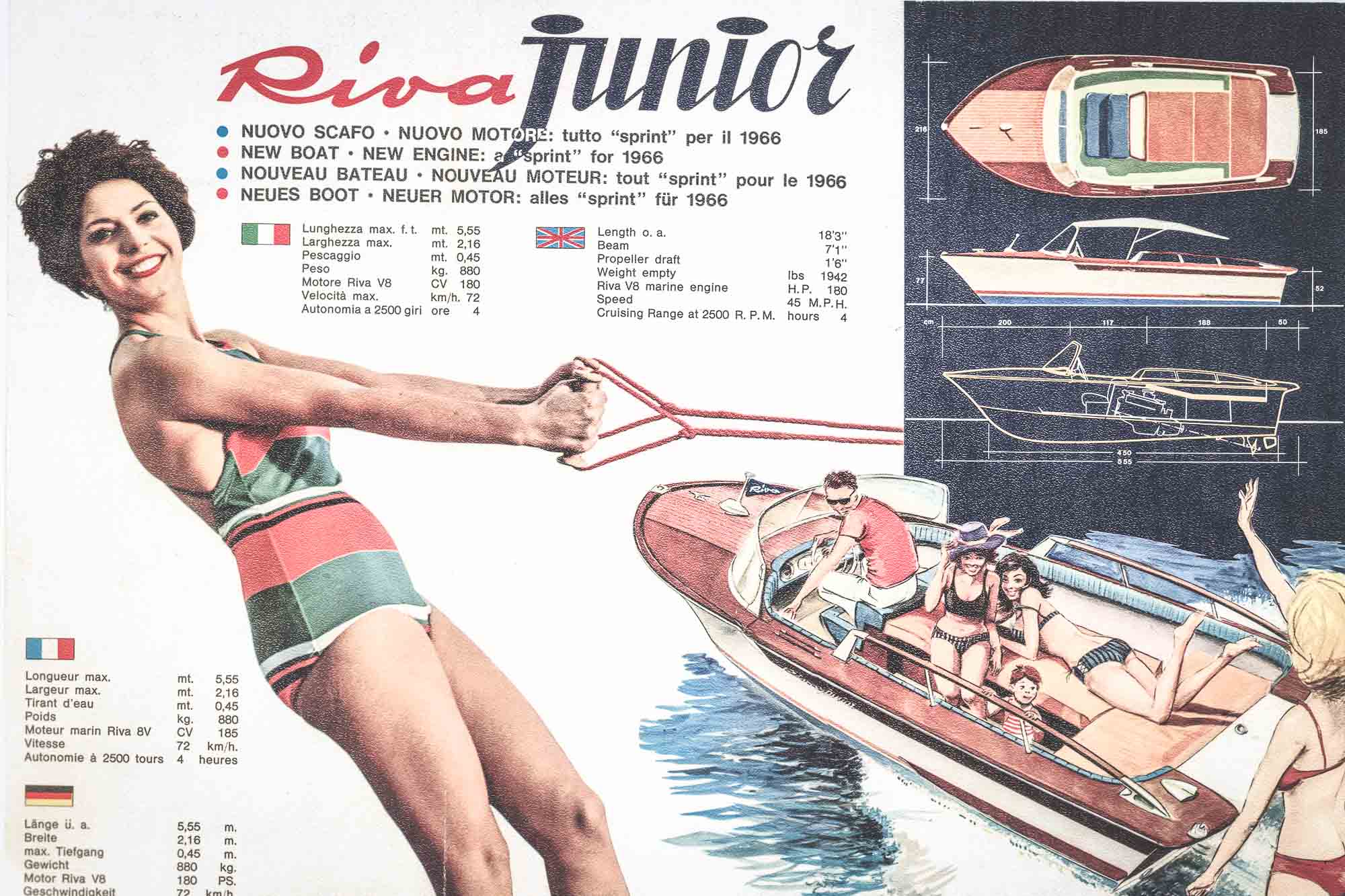 However, what perhaps was the biggest symbol of Riva’s brand was the model Aquarama, introduced in 1962 at the third International Milan Sailing Salon, and tested by Gianni Agnelli. Its name recalls the so-called “cinerama” ― the American experimental cinema ― and represents the crown jewel of Riva’s firm.

Between the ‘70s and the ‘90s, the Saint-Tropez and Superamerica were born, the first important cabin cruisers that dominated the market for more than twenty years. Behind these creations and great successes, there was an extremely ambitious, perfectionist man, who despite it all, still maintained his big-heartedness.

“He used to hammer out a barely imperfect piece with a mallet, and had many sleepless nights with his men on the eve of naval salons in order to perfect his creations down to the last detail. But he rewarded all of this hard work: he always gave his retiring workers golden watches inscribed ‘Riva,’ and a medal before they left the company.”

His boats weren’t simply luxury and high-quality speedboats; they had become the emblem of the good life, of carefree memories, all immortalized by the newspapers. Memories that range from lawyer Agnelli’s madness to Ingrid Bergman’s sleeping bag, from King Hussein’s water-skiing to Brigitte Bardot and Anita Ekberg, two of the few to have their speed boats upholstered in zebra print.

Not only that, but Riva’s creations had even hosted real movie sets: lots of actors came from Hollywood or Cinecittà to secure Riva’s boats for their movies. Famous names include Kirk Douglas, Pierce Brosnan, George Clooney, Brad Pitt, Matt Damon and Vittorio Gassman. 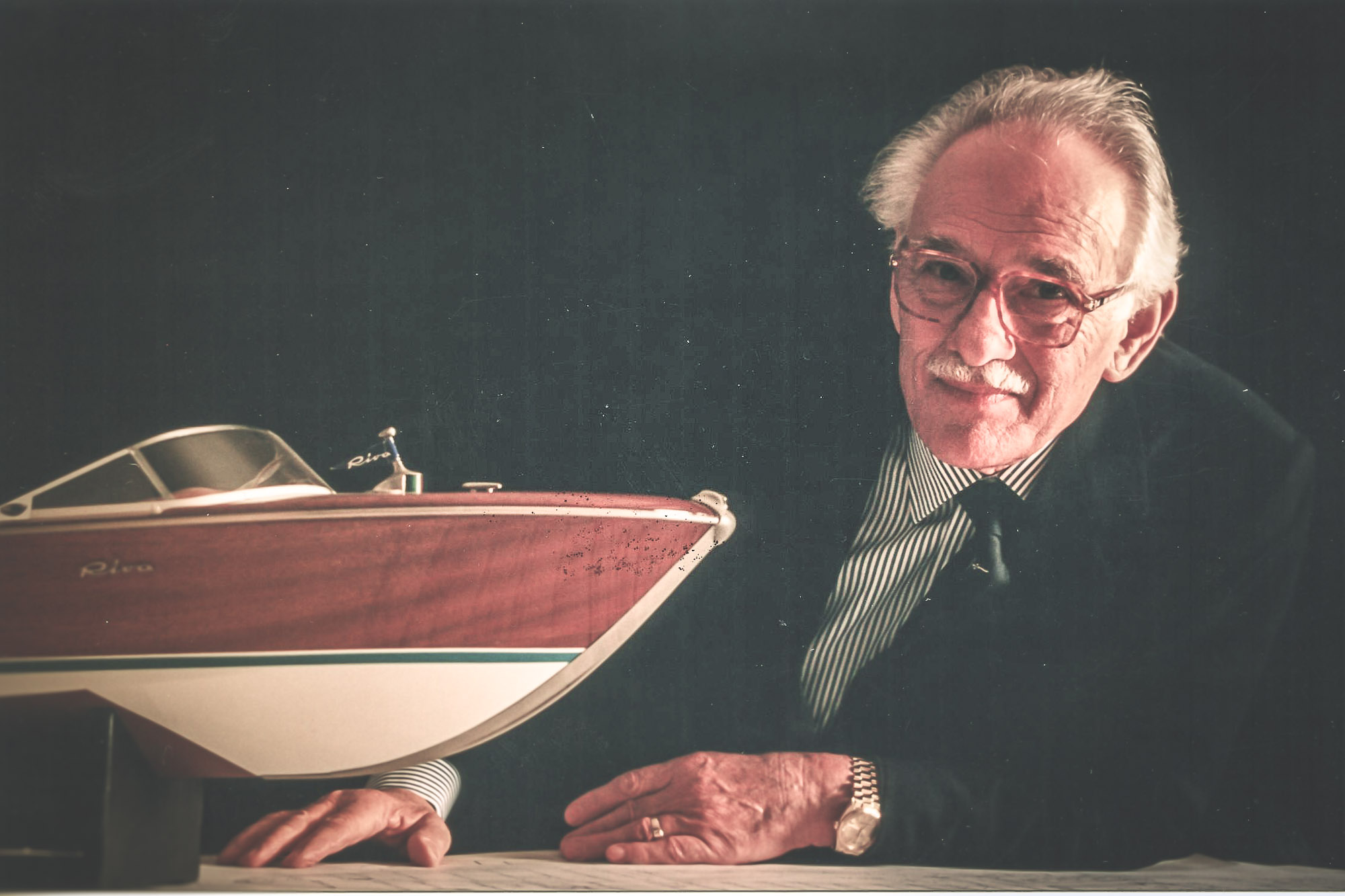 It was not by chance that Riva boats became to a go-to vessel for a string of celebrities and VIPs in the 50’s. The engineer Carlo was a pioneer of greatly significant marketing strategies. He grasped the potential and social influence of these celebrities; making them into natural testimonials who were clearly excited about Riva’s creations.

Riva was considered a brilliant captain of industry capable of successful insights, able to talk with anyone from shipping magnate Onassis to one of his shipyard workers, but also a dad and loving nice grandfather. His daughter Lia remembers:

“When we went to the sea, all together, dad greeted us with these words: ‘Enjoy happiness.’”

The widespread respect and affection for Riva ― not the businessman but just the man ― with his strong values, was reaffirmed even in his death, when a small boat parade accompanied his coffin. In the city, schools were closed, shops were shuttered, and flags were flown at half-mast as a sign of respect. Alessandro Parisi, a Riva designer for 48 years said:

“I see you in the sky teaching apostle fishermen how to build a boat.”

Further, the priest who presided over the mass for his funeral, remembered what the engineer had said to him on the occasion of their first meeting:

“Remember that you and I are equal in the eyes of God.” 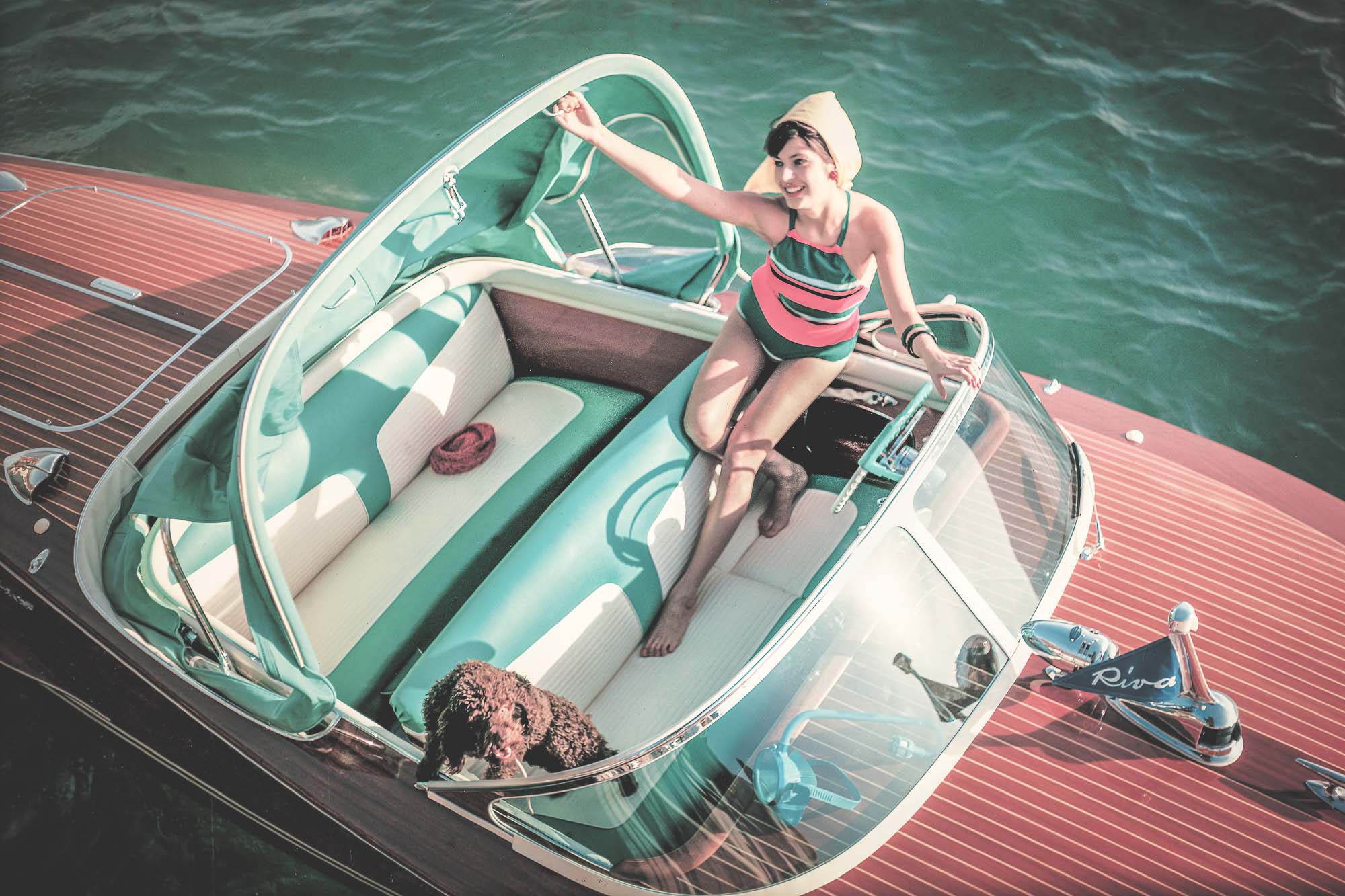 Chet Baker is the epitome of “Cool Jazz”. In the late ‘60s, the American trumpet player passed through Italy and left his mark – a legacy of mixed feelings. Hotel Universo, Lucca, room 15, 1960. Every day, trumpet in hand, Chet Baker stands by the window facing the area surrounding Teatro del Giglio, while a […]