After the film was awarded the Oscar for Best Foreign Language Film in 1989, critics created the derogatory word “Tornatores” to refer to the two directors Tornatore and Gabriele Salvatores (the latter another representative of modern national cinema, who won the golden statue for ‘Mediterraneo’, of which we talked to you about), blaming them for missing the social and ethical goal which characterized the neorealist cinema and for being therefore responsible for the break with the Italian classic tradition.

However, Tornatore’s film embodies a specific moral responsibility which, although distant from the neorealist commitment, still offers a precious picture of the national community and of the evolution of Italian cinema.

“The opening credits anticipate the film’s structure: the first shot shows the immense and clear Sicilian sea, while a slow backward dolly reveals the interior of a house where a mother is on the phone trying to reach her son.”

Therefore, an intimate and individual narrative tells a story which goes beyond one of the protagonists: the history of Sicily from the 1950s onwards. 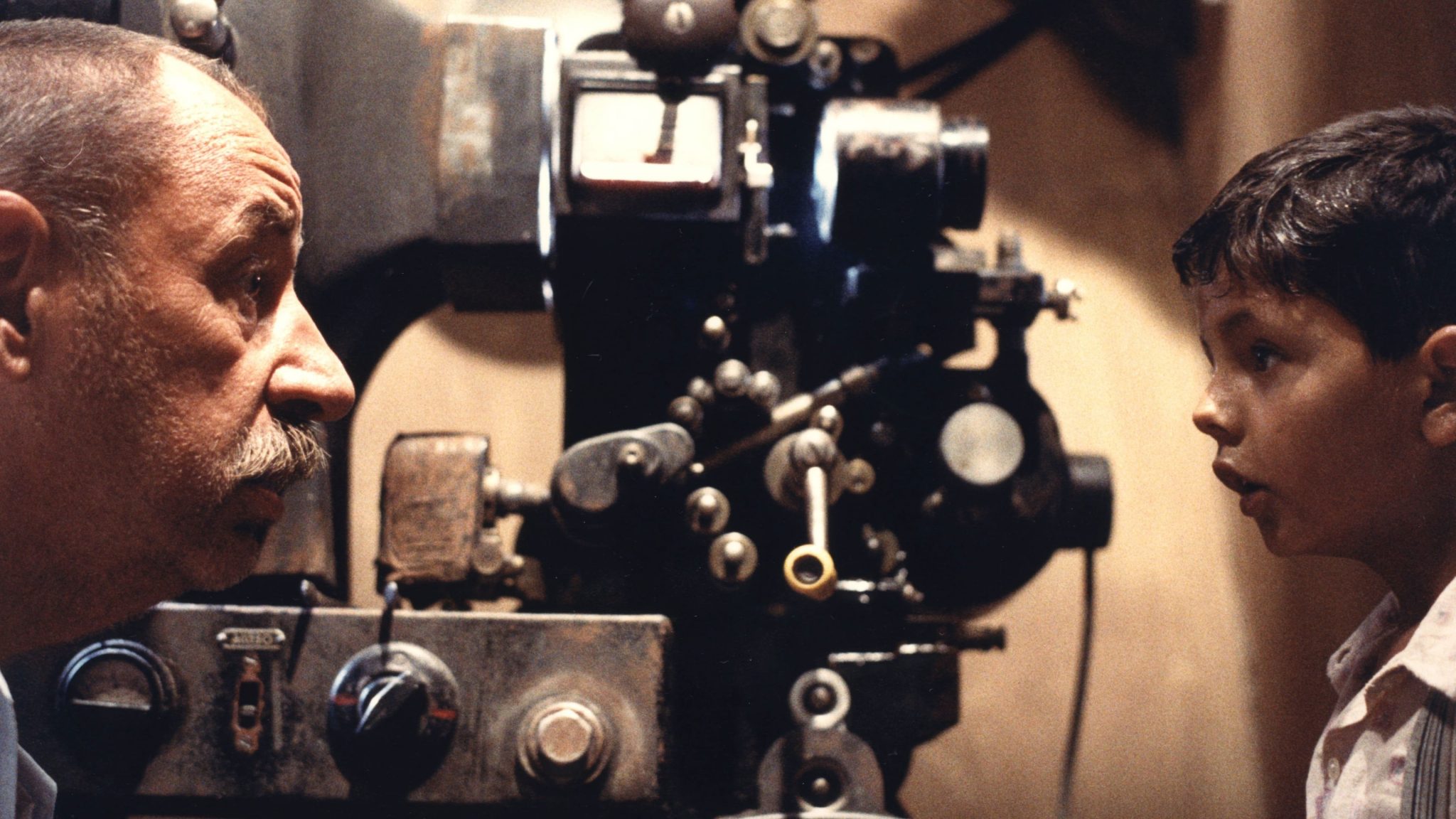 The director shows life from Salvatore’s perspective, through the filter of his eyes and of the screen of Cinema Paradiso, his view of Sicily, a region whose limits lie in the strong influence of an invasive clerical class, which censures the scenes of the films that the vicar of the village of Giancaldo considers “pornographic”.

“Moreover, the homage that ‘Cinema Paradiso’ pays to the Italian literary tradition represents further evidence of the director’s attention and his respect for the previous generation.”

The village of Giancaldo, introduced through smooth and slow camera movements, seems to be the film’s adaptation of some of the pages written by Leonardo Sciascia, ‘Gli zii di Sicilia’ (‘Sicilian Uncles’) above all, in which the Sicilian author thoroughly describes the atmosphere of his native region during the years following World War II. 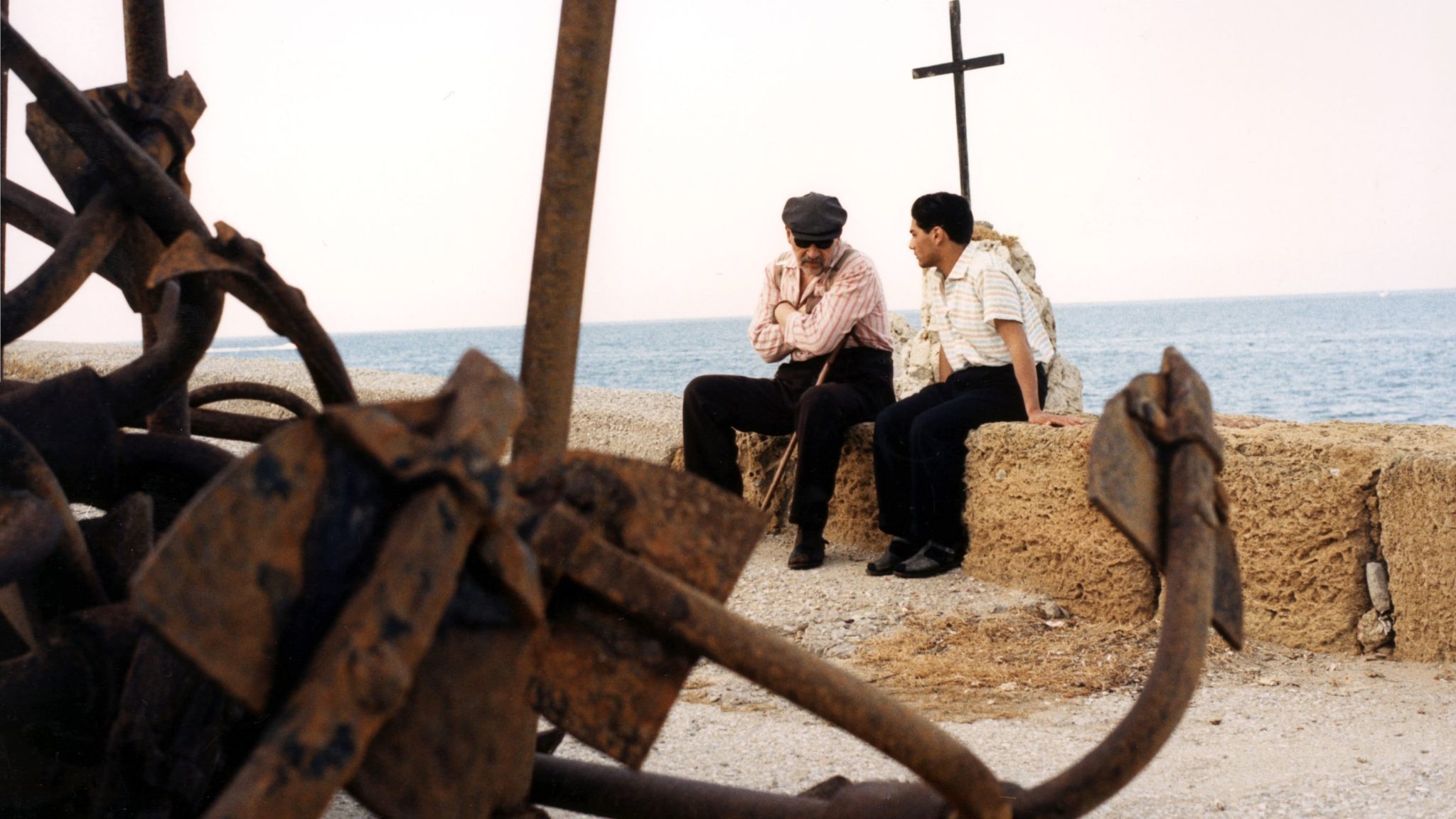 The description of the movie theater in ‘La zia d’America’ (‘The American Aunt’) as the only place of leisure and entertainment, including the spits from the stalls area and the murmuring during the films, love scenes, recalls Tornatore’s ‘Cinema Paradiso’.

The research done by Tornatore in order to portray the protagonists’ style and outfits as historically accurate as possible is also outstanding.

“In Sicily, the traditional clothes were simple, especially the ones for people that belonged to the medium-low class such as farmers, shepherds, and housewives.”

In the film Maria, Salvatore’s mother, wears the classic fadedda, a long skirt made from either flax or cotton, combined with a petticoat and a type of shirt called jippuni.

Alfredo, instead, even though he is not a farmer, wears the traditional working clothes used by the lower class. Tight, side opening velvet trousers called “causi”, not too long and tied at the waist with a fabric belt.

“A flax shirt, a velvet waistcoat or a vest, lined with numerous pockets to put the working tools, complete the comfortable and practical outfit.”

In most of the scenes, Alfredo wears a brown cloth beret that, following the tradition, differs from the light blue one worn by sailors. In any case, for men and women, clothes were chosen principally for comfort and convenience. 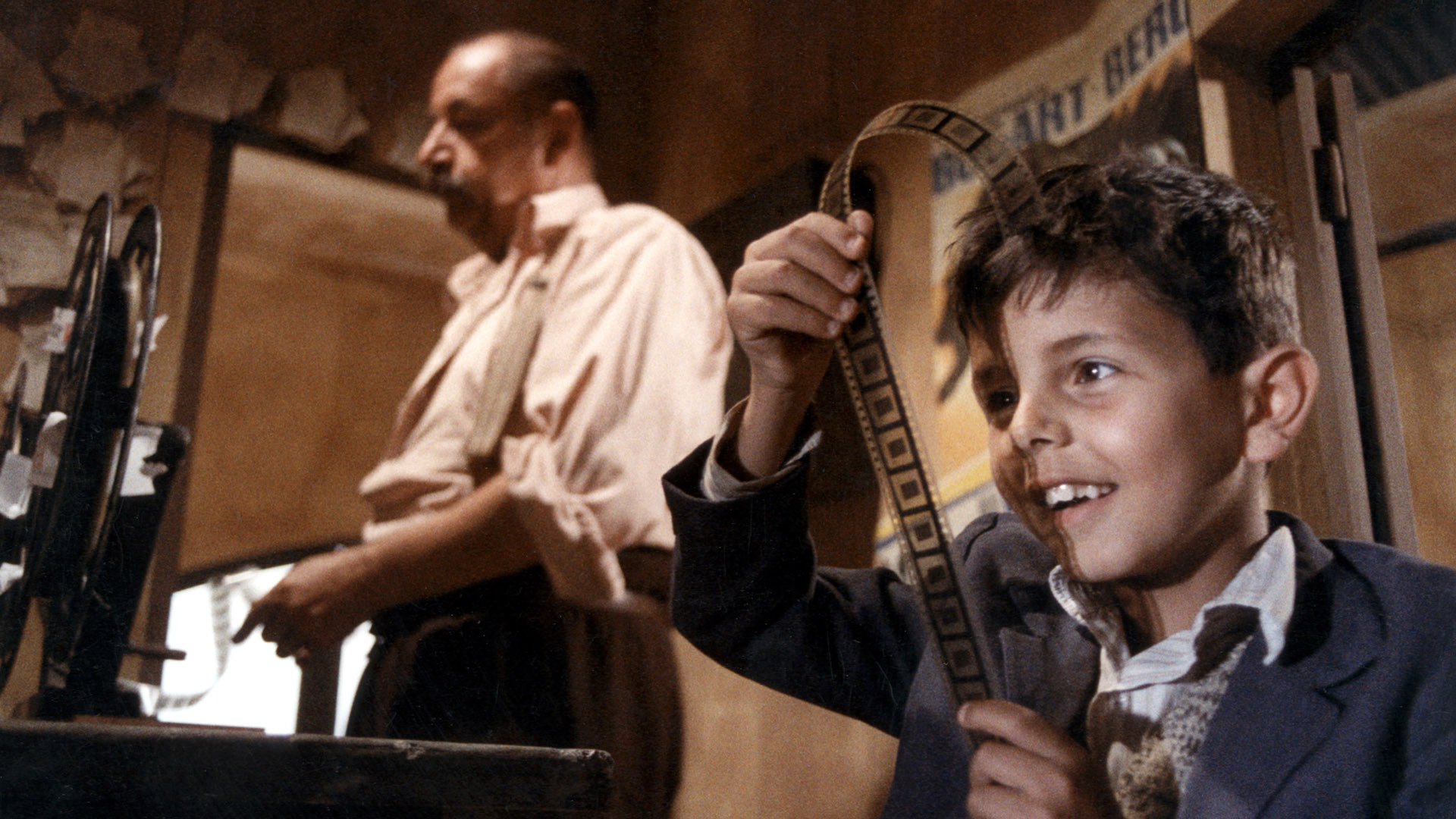 Therefore, a landscaping film that evokes a specific historical context, as well as a cinematographic background. Among the films Alfredo projects, we may find Bitter Rice, Gone with the Wind, Casablanca, and Stagecoach.

However, does looking for the landscapes of the past in today’s cinema make any sense? Italy and Italians went through a process of change and naturally cinema, as a means to understand reality and reflect on it, evolves according to the national culture.

Nevertheless, every age is not an independent frame of history, but a direct consequence of the past and for the same reason cinema establishes a causal connection with the previous currents.

After World War II, in Italy, Neorealism represented, through extraordinary authors such as De Sica, Rossellini and Visconti (of which we wrote about), a cry in unison for the rebirth of the country and against the horror of the war. 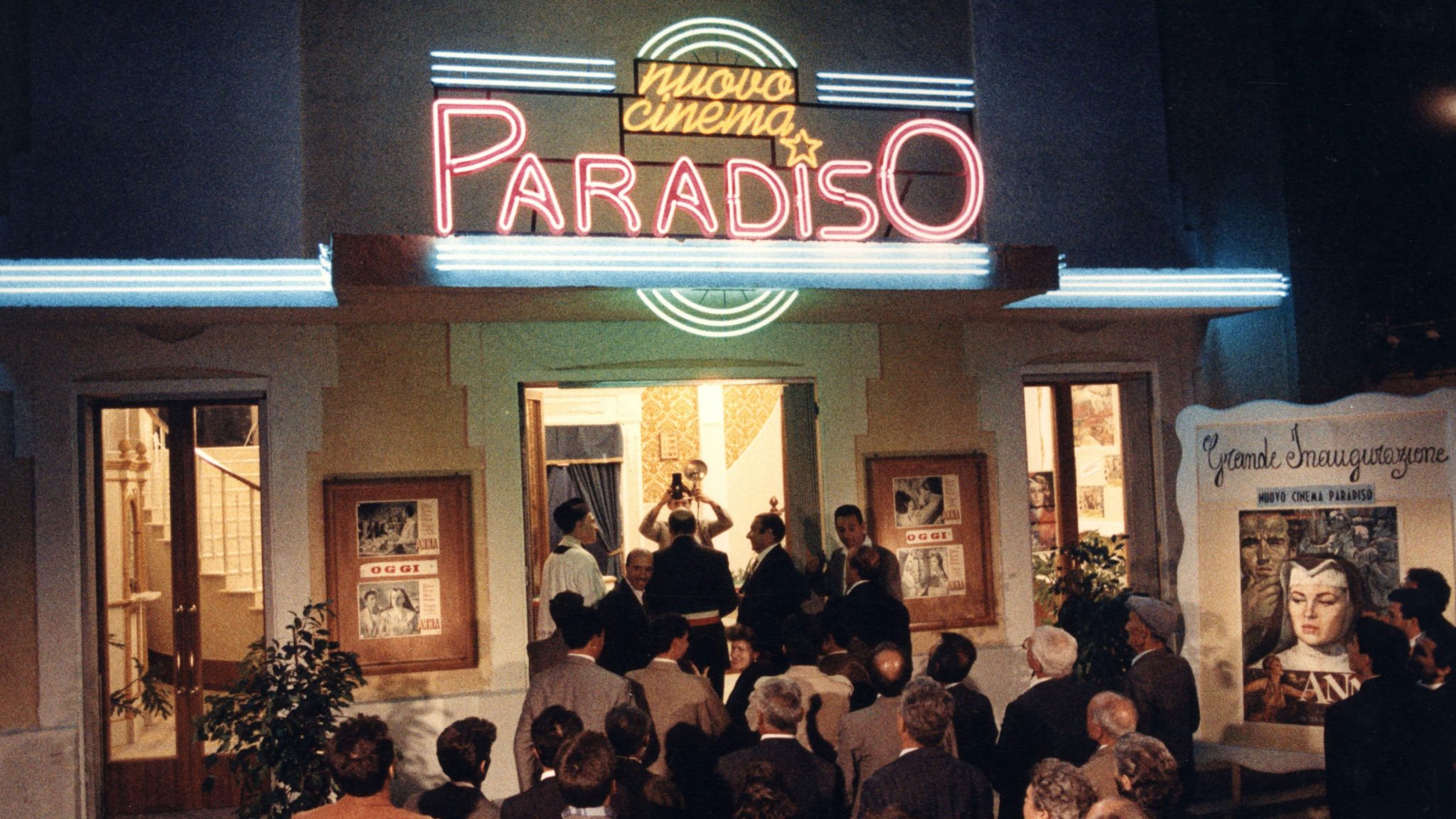 In the following years, Italy started to become a consumer society, led by the economic boom, and the Italian Comedy Style with Monicelli, Risi (you need to read ‘Time for Loving’) and Comencini showed a type of disillusion which turned out to be regional rather than national.

Divorce Italian Style, Big Deal on Madonna Street, My Friends, and ‘The Easy Life’ (read about this movie on A Million Steps) are very different films that tell about the numerous shades of Italy, a country which was chasing imaginary America, a pattern that didn’t belong to its history, but that was so widely spread through the television, as to become the reference of new authors.

The stories from ‘Gli zii di Sicilia’ reflect upon the foreign influence over the Italian lifestyle, and more specifically over the Sicilian lifestyle. Once Neorealism came to an end, it was no longer possible to tell one story that would stand for all.

Also, Tornatore’s style, which is particularly embedded in ‘Cinema Paradiso’, is the result of the combination between factuality and intimacy, determined by the historical research for a past reality, the one of Tornatore’s childhood, carried out through the nostalgic and personal narrative and through the protagonist’s eye. 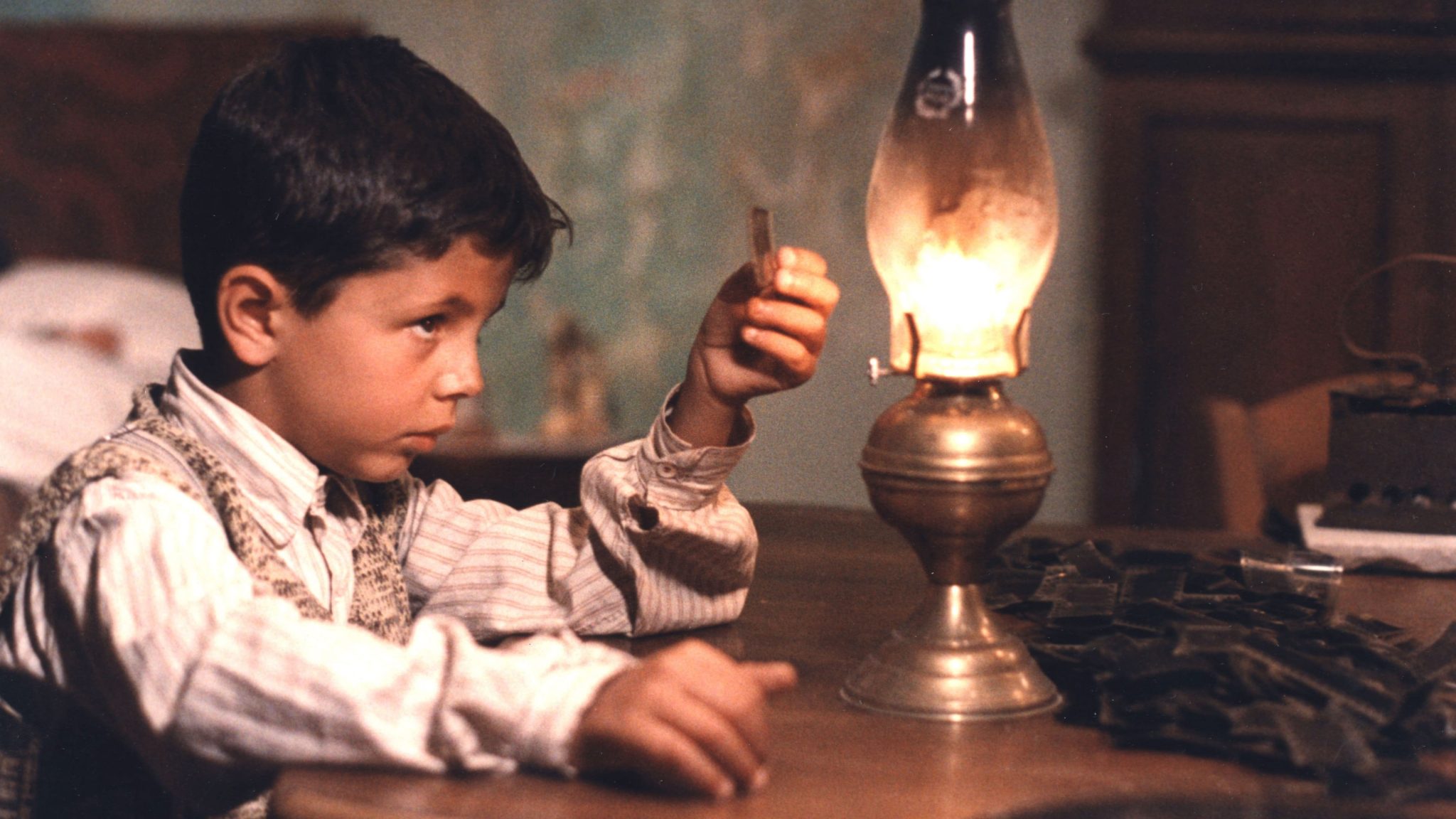 Despite the childlike filter that dampens and fades the tone of the film with a nearly fairytale atmosphere, ‘Cinema Paradiso’ can be considered a product and a piece of evidence of the change, a landscaping part of the cinema of today’s Italy, whose moral commitment tells about the evolution of the country within the borders of its regional reality on one side, and in its comparison with the American model on the other side.

All these photos are property of The Movie DB/LongTake