In 1958, Tom Ripley (Matt Damon) is a young American boy, a gifted singer, pianist and imitator. Tom, among his other qualities, is very talented at telling lies.

The boy accepts the task of bringing the unreliable Dickie (Jude Law), who had moved to Italy with his beautiful and ethereal girlfriend Margie (Gwyneth Paltrow), back home to his father.

“Well, whatever you do, however terrible, however hurtful, it all makes sense, doesn’t it? In your head. You never meet anybody that thinks they’re a bad person.”

Everything is pretty clear from the opening titles: the face of the young protagonist ― a man of integrity, with a clean-shaven, intelligent, and enigmatic face ― is broken up by opening graphics rectangles similar to Lucio Fontana’s cuts, which intersect one another as if they were in a fluid dance.

A dissociation, a segmentation, a fracture with both soft and gentle edges ― whatever it is, it’s a foreshadowing of the dark and chilling journey that Tom will embark on during the story, despite his harmless, talented, down-to-earth appearance.

“It’s a one-way journey to hell, with no way back and probably with no future, regardless of the consequences, whether direct or delayed in space and time.”

Director Anthony Minghella adapted the novel by Patricia Highsmith, which had already been brought to the big screen in 1960 (the movie title was then Purple Noon, directed by René Clément) and filled it with images in a classic style, full of seduction, as well as rich in a composed elegance and subtly deadly eroticism.

The talented Mr. Ripley is a movie that wanders through many scenes, with Italian postcard-like scenery. This sense of restlessness ― and maybe its exaggerated caricatures too (for instance Rosario Fiorello’s small but famous role) ― perfectly link to The talented Mr. Ripley’s derailed sensibility. He is an everyday man only in appearance, coming from modest origins but filled high and bloody ambitions ― a man with kind manners and a black soul. 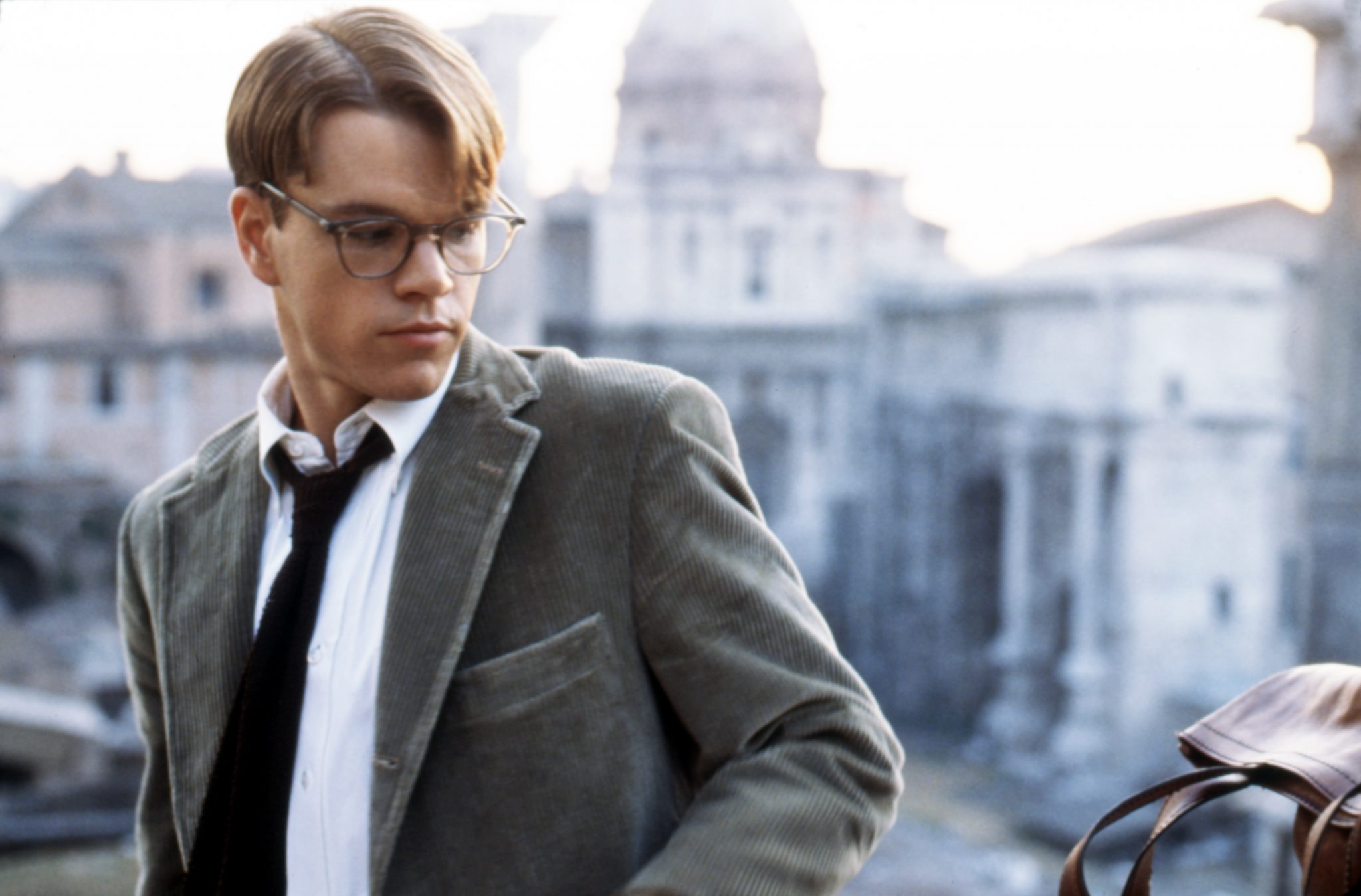 Mr. Ripley is a man who wasn’t all there, being always focused on grief and on a silent guilt, which never leaves him (whether his own guilt or somebody else’s does not matter).

Ripley perfectly embodies the spirit of Minghella’s movie, focused on a journey abroad that is neither dynamic, nor a journey of evolution and growth. It is a trip that only foreshadows Ripley’s inclinations of paroxysm.

“Ripley was hired almost by chance by Dickie’s father and got stuck in Italy by an incessant series of murders and (missed or delayed) punishments.”

‘The talented Mr. Ripley’ was shot in multiple locations: New York, Rome, the Sorrento Peninsula, Procida, Ischia, the Casino in Anzio (for the scene in San Remo), Venice, Naples, Mount Argentario, the San Carlo Theatre in Naples, Livorno and even the Church of the Martorana in Palermo.

In this movie, besides location, the thing that matters the most is the main character, who is stained by blood. He represents very much a person of his era, but at the same time, is easily identifiable with today’s generation as well.

Into the songs of Lucio Dalla

He had encountered many obstacles because he was both unconventional and a musician ahead of its time.

Francesco Vitale Barberis Canonico is a true Italian gentleman. At 45 years-old, dressed immaculately as ever, he is the creative director of the Biella Woolen Mill, which boasts a tradition more than 350 years old. Growing up with quality and excellence, Francesco Canonico learned how fabrics can turn natural fibers into elegant pieces from a […]