Fausto Coppi isn’t just a cyclist. In terms of his career, he’s one of the greatest ever in the sport, an athlete capable of excelling in any kind of challenge involving a bike. However, his overall profile went well beyond the limits of cycling and sports in general.

Coppi, with his achievements and his life of a sporting legend, became an important element of Italian culture ― even for those not fans of cycling. The man that would be later known as “Campionissimo” was born in 1919 to a family of farmers. His life began with some difficulties in school and got his first job at 13 years old.

This is a story from the last century; quite far away from the manifestation of cycling seen today in the sport. In the beginning, the bike was just a way to earn some extra money, and no one ever thought that a cyclist, especially a young boy, could become a sports icon ― Coppi having a physique that wasn’t exactly sculpted by the gods. Gianni Brera later wrote:

“The bicycle is his the other half. He forgets about his looks, with his breastbone that could be stolen from a chicken, his short neck, his shoulders practically attached to his face, and his two feet that look like seal fins. On the bike, he becomes himself.”

While his physique was apparently athletically poor and injury prone, both in his muscle and bones, he had a perfect body for resistance training; the foundation of cycling. So, in 1937 he began to compete unofficially. Two years later, on April 9th, he graduated to the professional level, beginning a streak of twenty years of dominance.

In 1940 he took part in his first Giro d’Italia, which was one of his most legendary races. Coppi, like your average youngster, started off as an assistant but being the wonder kid he was, he ended up wearing the mythical Maglia Rosa; showcasing all his strength by winning a place after an epic 100 km race in the pouring rain.

Who was he supposed to be assisting? Gino Bartali, an already renowned champion five years older than him. The first big win by Coppi was also the root of the most well-known rivalries in Italian sports. This became a lifelong rivalry that divided the whole country in the immediate post-war period, gifting its culture with one of the most iconic sporting rivalries ever. 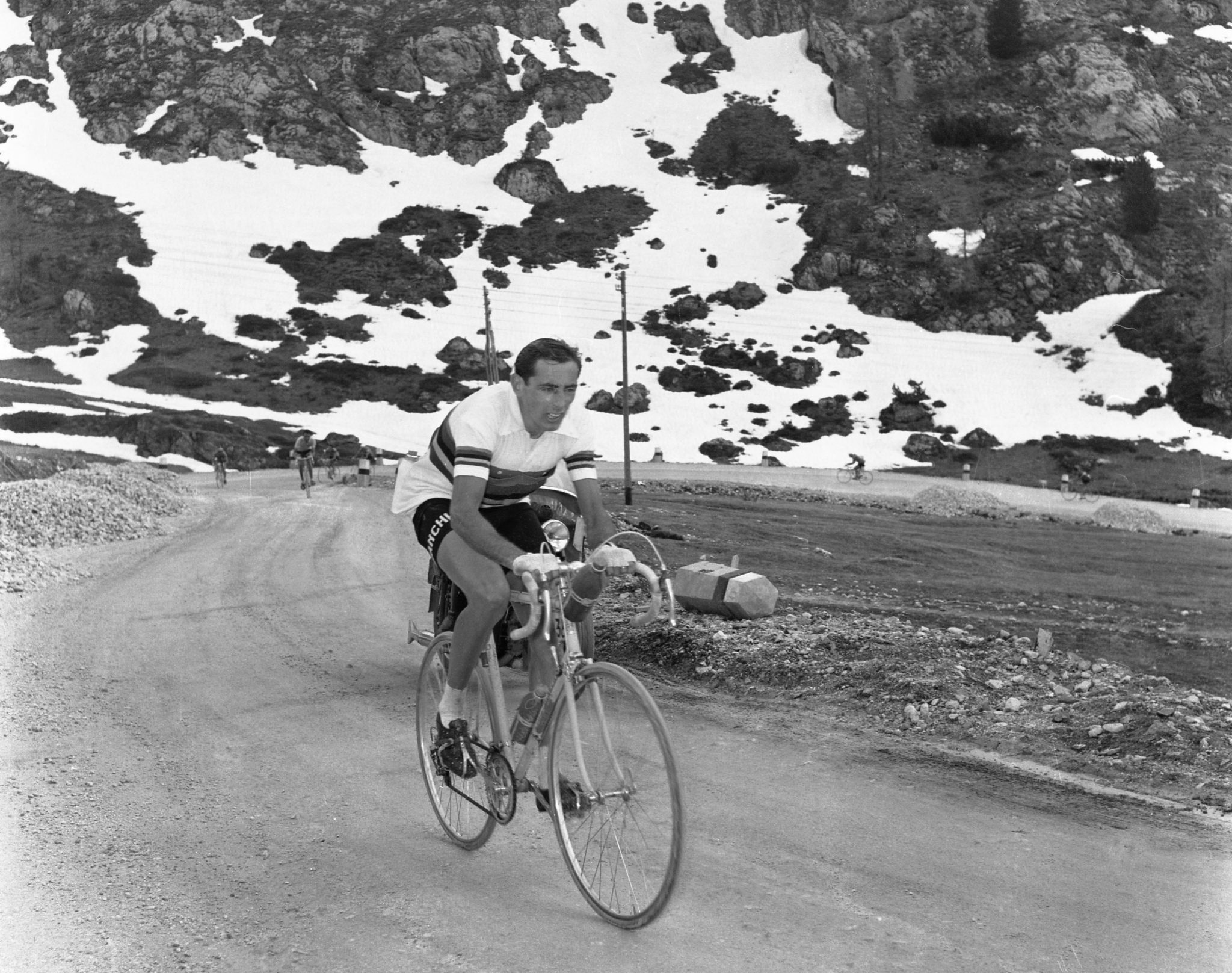 In 1942 Coppi provided further proof of his talent, setting the hour record on the bicycle track at the Vigorelli velodrome. His accomplishment was made against all odds: the champion was recovering from a collarbone injury. At the time, most of Italy was at war, which limited opportunities to work with motors because of the accompanying fuel ration.

A few days after the race, Coppi received word that he was required to join his infantry regiment in Africa. In 1943, he was imprisoned by the British army and detained in a concentration camp until 1945. When he returned to Italy, in order to get back into competing, he was forced to advertise an appeal on La Gazzetta dello Sport asking for a new competition bike.

Because of the conflict, sports events resumed only in 1946. Who knows how much brighter the already brilliant career of Coppi could have been without this forced hiatus.

His return that year to Milan-Sanremo is another part of his legend. Coppi didn’t just win the race: he dominated with a 151 km lead, and the second place winner followed with an abyssal delay of fourteen minutes. A historical Rai TV sports commentator, Nicolò Carosio, described the moment:

“While Fausto Coppi is at first place, waiting for the second place winner to finish, we broadcast dance music.”

From this moment on, “the Heron” was basically unstoppable, and his rivalry with Bartali popping up again and again like a champagne cork. They ended up being rivals forever, going as far as compromising the 1948 Road World Championship by guarding each other. Later they have issued a double ban as punishment.

Another four victories at the Giro d’Italia were added to his palmares in 1949 and in 1952 in addition to his Tour de France triumph, which was a feat no one had ever accomplished before Coppi. He also won two world gold medals on the track, one on the road, and a multitude of Classics, Grand Tours, Championships, Circuits, and trophies. Brera, to define Coppi’s greatness, said:

“It was nature’s invention to create the very modest bicycle mechanical genius.”

Then there were Coppi’s antics and personality, which gave plenty of material to the newspapers. For the modest conventions in the fifties, Coppi was pretty shameless, if not bold. In 1953 he began a relationship with Giulia Occhini that created a scandal because both were already married.

Their relationship was condemned by Pope Pio XII, and the husband of “The Woman in White,” who denounced his wife for adultery. She was arrested, and both lovers were condemned in a trial. In order to get married, they were forced to fly to Mexico.

But this is the less renowned aspect of Coppi’s life. Marco Ferretti described his best qualities during the 1949 Giro d’Italia:

“A one-man show in control, his shirt is white and blue, his name is Fausto Coppi.”

Luigi “Gigi” Meroni was born in Como on February 24th, 1943. He was his mother Rosa’s second son, brother of Celestino and Maria. Cruel fate took away Gigi’s father Emilio in 1945. After a childhood spent chasing balls at San Bartolemeo’s Catholic School, in 1960 he was hired by AC Como, a soccer team in […]