The legend of Gianluca Vialli

Gianluca Vialli’s name is not a banal one, especially if we’re talking about his playing career. He’s a former striker who has helped to write Italian football history, he has been among the principal protagonists in a decade that saw him winning everything for his clubs. His career certainly can’t be called dull: Vialli accepted challenges, changes, new rules, he was able to interpret everything with special charm and attitude.

“When I was a boy there was no Playstation, no social networks and the TV only got two channels. Playing football was necessary. It was the best way to pass the time after school, at least for the boys.”

Vialli’s roots come from an age that seems like a different geological era, yet we’re talking about a player who was born in 1964 in Cremona. In those days, Italian kids grew up playing on the street and developing special instincts.

Vialli’s history is not the classic story about a poor guy who had only football to change his life. Young Gianluca had everything he could wish for, but he developed a burning passion. He always showed great commitment and a constant willingness to work and improve.

“I played football in the country-house we had near Cremona in the summer. In winter, however, we had some pretty fierce matches on the patio porch. Then I got involved with the parish too. They said to me: ‘You could use a little churching up. You’ll become a good Christian and we’ll let you play football’. And that’s when I started seeing football goals and demarcated spaces.”

He was noticed by Franco Cristiani, who worked for Pizzighettone’s youth teams. It was an exciting adventure but with only five caps. Then Cremonese came and everything began.

He began his professional career in the third league when he was 16 years old. He became a starter for Cremonese during the 1981-82 season. His growth from a simple talent to a real football player was managed by Mondonico, who Vialli admired greatly.

“I was coached by Mondonico who had recently retired. He was my idol when he played and I always went to the stadium to see him playing football. ‘Mondo’ was a good player with his dribbling.”

In two years, he was able to secure promotion to the 1st division for the city’s team, and he was ready to spread his wings because Sampdoria had offered him a good deal. Juventus wanted to sign him too, but they were bemused by the price, Vialli still was a rough diamond after all.

“Vialli was a force of nature, but he was an especially vigorous man in all respects. He was a great motivator, on a psychological level, he was supported by his family in shaping his career choices. They knew he was going to become a champion but they wanted him to get a degree in order to become a man before becoming a footballer.”

Sampdoria was the first important episode in Vialli’s career as striker and leader. By a curious twist of fate, he began his first league career in 1984-85 against Cremonese.

That was a golden era for the “Blucerchiati”: a special group of players emerging at this time. This group grew up leaning on Vialli and Mancini, another striker and came to the summits of the first league. He immediately won his first Italian Cup against Milan, scoring six goals throughout the Cup. 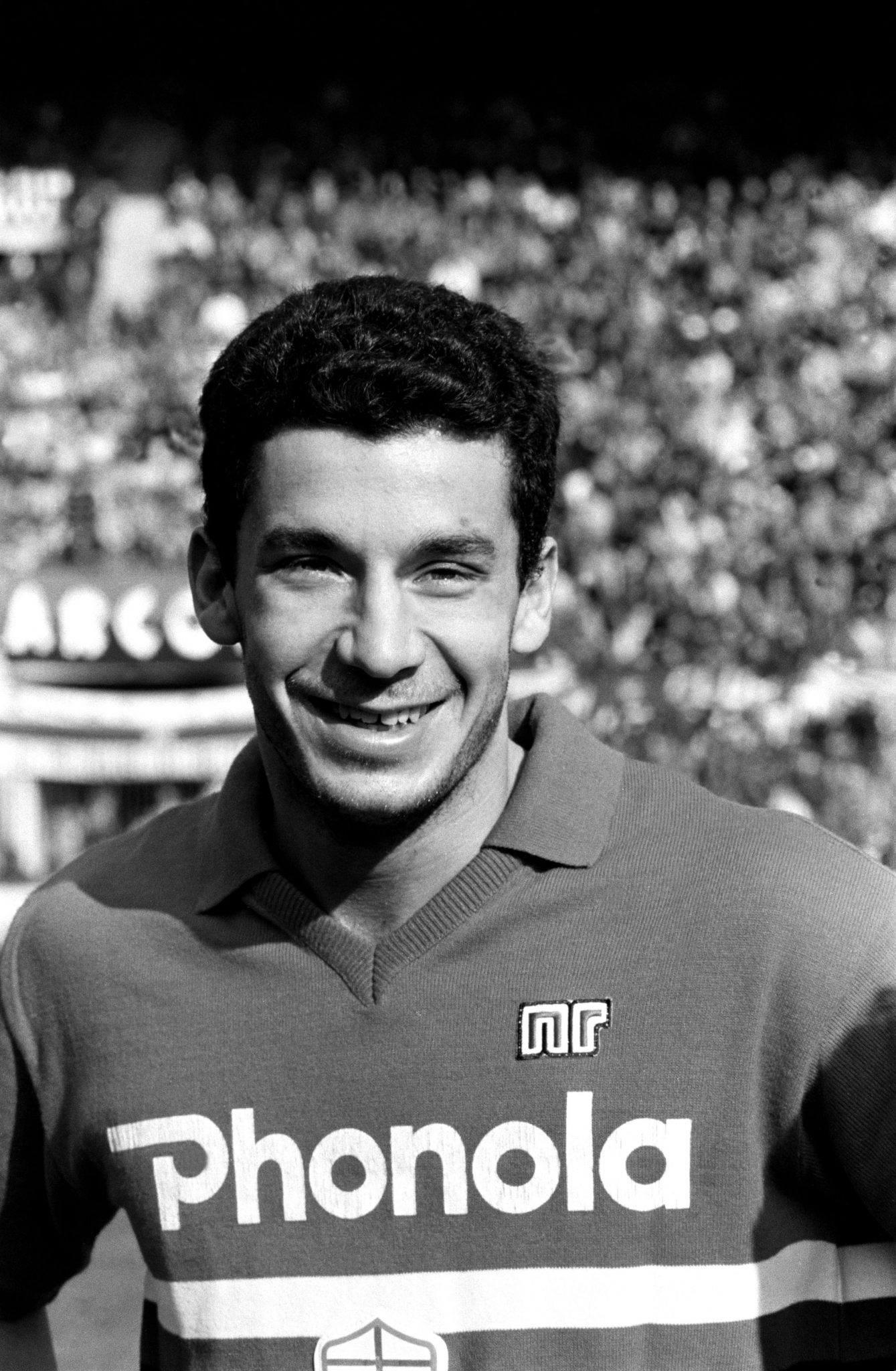 Sampdoria’s Vialli was not the same player remembered by those who knew him during his Juventus era. He had loads of hair and was a mobile, counter-attack striker, always ready to run faster and faster.

It took him a lot of time to become effective in front of the goal, but he was fundamental for the team because of his constant work and above all his leadership in and out of the pitch. In 1986 Vujadin Boskov was hired as manager for Sampdoria, and from that moment the concept of family was tied tightly to this “Blucerchiata” era. Vialli said about Boskov:

“He’s someone between a father and a friend. When I was upset or seemed moody he invited me home where his wife cooked tea and cookies. When I got out of the apartment I felt like I was flying.”

He had offers coming from Milan, Napoli and maybe Real Madrid too but he wanted to win with his “Blucerchiati” family and this target pushed him to stay at Sampdoria.

But the 1990-91 first league title was the end of the road, a historic event that was followed by the European Cup final played against Barcelona the following year.

The 1-0 defeat in overtime indicates the end of Sampdoria’s epic run. In 1992, President Mantovani, who is seen as a father by Vialli, chose to sell him to Juventus in order to rebuild the team. A record transfer, the most expensive ever, at the time. And he said yes. 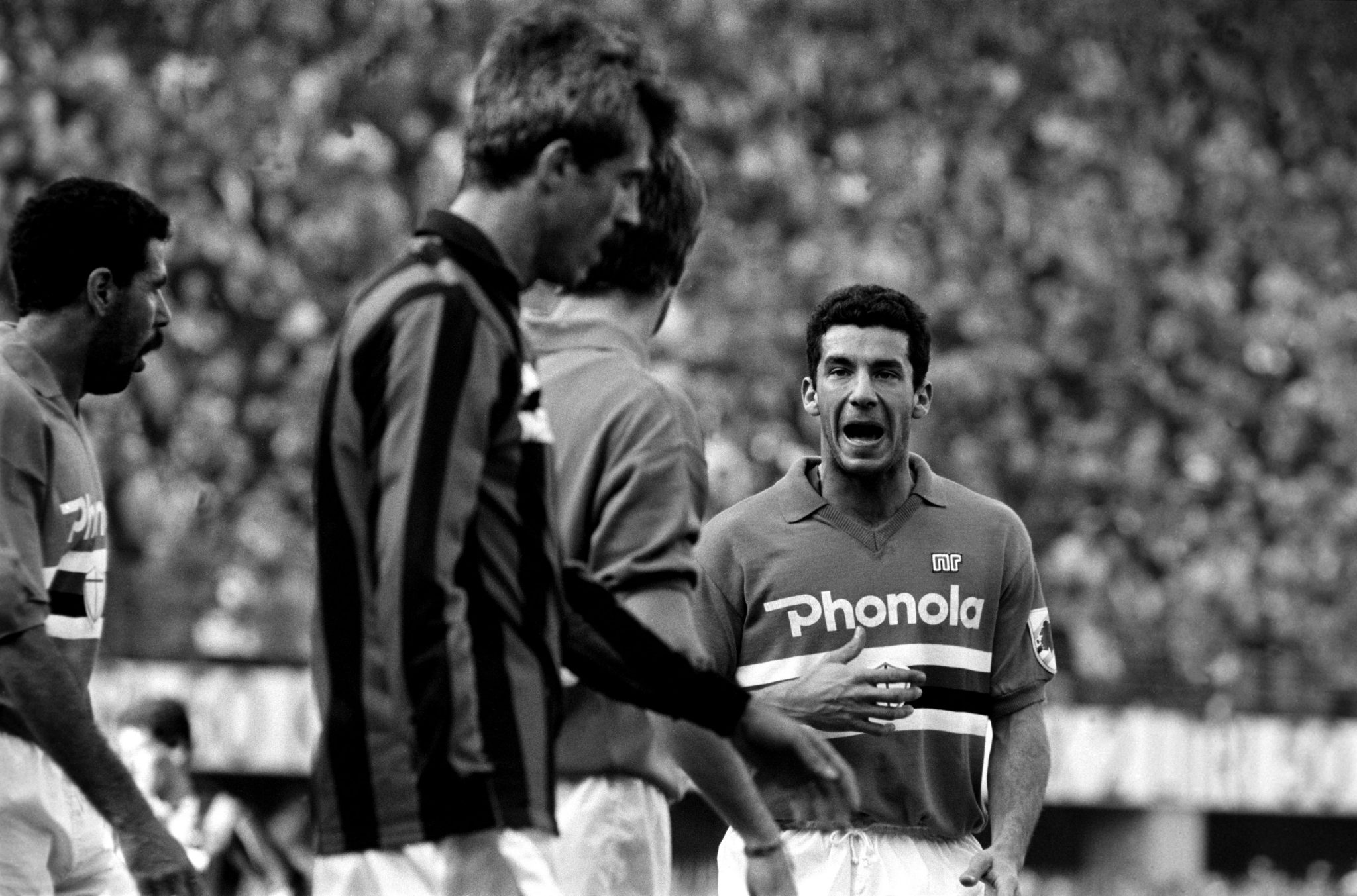 The second part of Vialli’s career began in black and white. He was already changing into a much more physical striker, heavier, and more likely to be in the penalty area. And he also became more prolific, as made clear by the 19 goals scored in the championship year. This is the player that everyone remembers, physically structured and baldheaded. But his first two years at Juventus will always be remembered as difficult.

Accustomed to a leadership role in Trapattoni’s team, he found himself behind others, stuck rearward, forced to cohabit with Baggio and Ravanelli.

He didn’t find the right feeling with his teammates. He suffered too many physical problems and was called to a lot of dirty work, as a gap filler. That decreased his lucidity and his goal-scoring ability. So, in two years he scored just 17 goals. But he won again, this time a UEFA Cup.

Suddenly, everything changed. The following two years are those which allowed him to establish himself as a leader and keystone of the offense. One more time, as with Sampdoria. Marcello Lippi gets a lot of the credit, using a historical trident with Del Piero, him and Ravanelli.

“I could never forget Lippi. I wanted to go back to Sampdoria from Juventus. In the two years in black and white, I amassed a lot of frustrations. In the first year, I ran for everyone, for four people, without any acknowledgment. In the second year, I got two fractures on my foot. Marcello asked me if I was crazy to surrender and that he counted on me to set up his new Juventus. He was right.”

Vialli has had the luck to live two careers, one with Sampdoria and one with Juventus. Considering that in the former has won a scudetto (national prize) and played in a European Champion Clubs Cup final and in the second has won a Champions League, either half would be enough to put him among the best Italian players ever.

Beyond any doubt, he made the best of both. Gianni Agnelli once made a comparison between Del Piero and the painter Pinturicchio about Vialli will tell:

“He is like Michelangelo when he made the Sistine Chapel. The sculptor transformed into a painter.”

Opening and in-text photos by Bettolini Perrucci/Contrasto, and drawing by Giacomo Lei