Since soccer has become so popular, spectators typically describe a match with lots of goals and excitement as “incredible”, “amazing”, and/or “fantastic”. One man is the exception to this rule, who many years ago, commented that matches with a high number of goals aren’t necessarily a good thing:

“Many goals don’t make for entertainment. Lots of goals are evidence of the mistakes made by a wide and disorganized defense.”

This commentator was Gianni Brera, one of the most important sports journalists in Italian history. The importance of Brera, still maintained to this day, is demonstrated by many factors. These include his creation of a new soccer vocabulary ― he invented words like “centrocampista” (midfielder) and “goleador” (a great goal scorer) ― that are still used today, and his ability to attract people who never were interested in sports before through his commentary.

The “Prince of the Zolla” ― Brera’s nickname for himself due to his strong connection with his native land in the province of Pavia ― showed his incredible capacity for narrating soccer from an early age. Indeed, he had already started writing for the journal Guerin Sportivo (about Italian Serie C) in 1937. He was only eighteen years old.

Unfortunately, the beginning of his career was interrupted by WWII, in which Brera first participated as a paratrooper and then as a partisan. Fortunately, at the end of the conflict, he began writing about sports once again, this time for Gazzetta dello Sport.

There, he became famous by writing about athletics in his classic style. He reached great notoriety with the Tour de France of 1949, which was won by Fausto Coppi. In that year the journal Gazzetta dello Sport sold such a huge number of copies that he became the new director of the journal.

“The physical structure of Coppi ― if I may ― seems to be an nature’s invention, a way to complete the modest mechanical flair of his bicycle.”

The journalism career of Brera as a storyteller of soccer matches started definitively in this period. As the director of Gazzetta dello Sport he dedicated himself only to his beloved soccer, a sport that he explained perfectly to his readers through his strong opinions.

For example, he used to say that entertainment from soccer was not drawn from the players’ goals or great dribbles. Instead, the entertainment was, in fact, the organization on the pitch. For Brera, and coach of the year Annibale Frussi, the perfect score was 0-0.

“We came to the conclusion that three men on a defensive line aren’t enough, and that for our athletic and technical standards we have to regress to the formulas from the ‘30s ― those historical games gave us more satisfaction.”

Another example of his particular vision of soccer was his opinion about Calcio all’italiana (soccer, the Italian way). According to Brera and his cultural and athletic knowledge, the Italian players were not able to compete against the other teams using only their physical abilities. It was impossible to beat the opponents in speed, strength, or dynamism. It was thus necessary to adopt another strategy: defending with order and attacking with a fast break.

The person who put this strategy into practice was Nereo Rocco ― also known as Il Paron ― a great coach for the A.C. Milan and other clubs in the sixties and seventies. Rocco, whose idea of soccer was similar to Brera’s, became a very close friend of the Italian journalist. 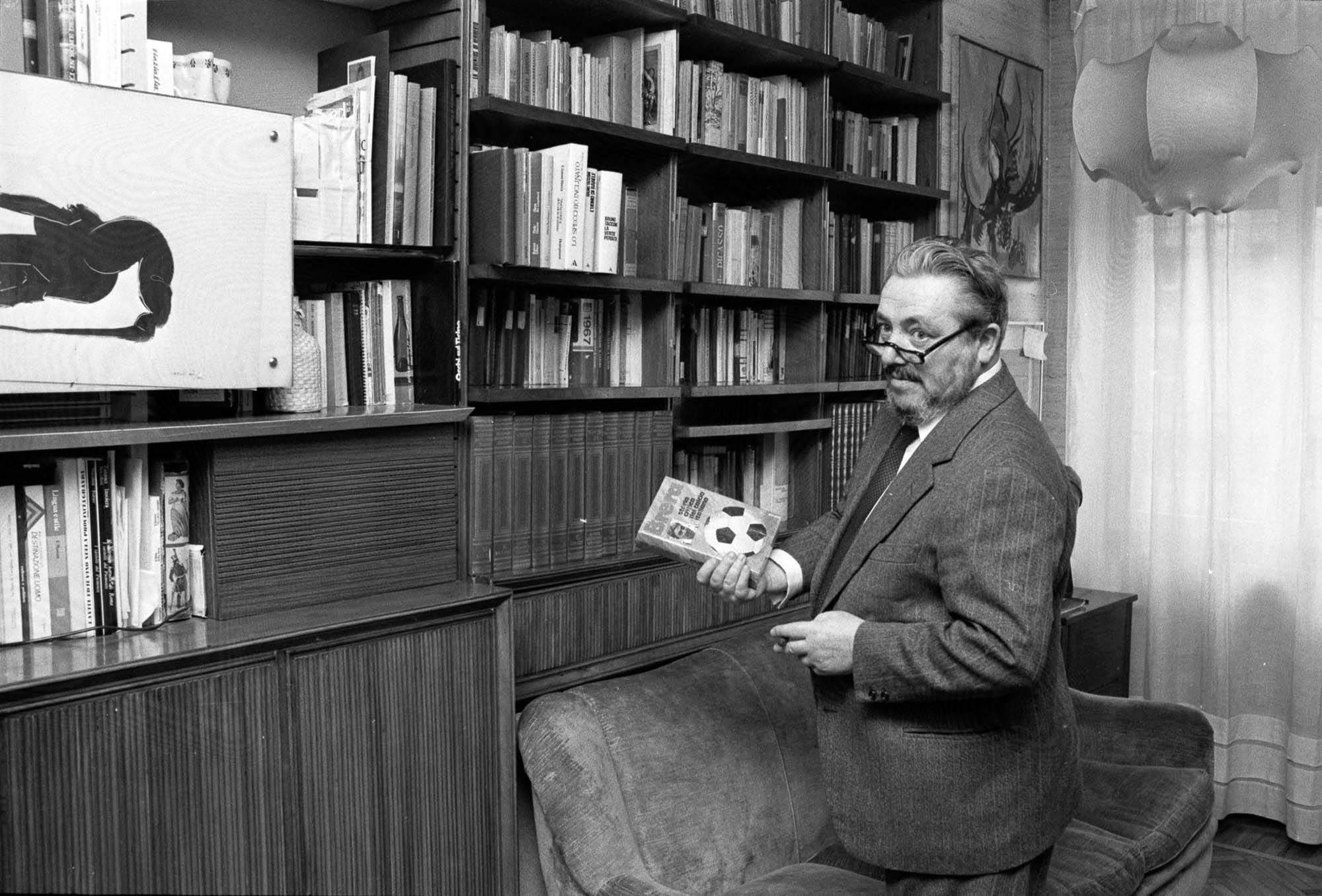 Brera had many very strong friendships in his life and this was one of his most respected. He was a great storyteller of football, but he was also a great lover of Italian food and wine, in particular from Lombardy. He had an uncommon interpretation of Italian food and wine history because he thought that the Lombardia region was the core of it.

Brera never changed his convictions about soccer, food, and wine ― he has never changed his opinion in general. Indeed, the journalist realized that his beloved sport was dramatically changing when Arrigo Sacchi introduced his revolutionary point of view into Italian soccer. With Sacchi’s arrival the Gioco all’italiana, based on defense and counterattack, stopped existing.

“Bacco is God, and he lives inside me. I always take altars of him when I travel.”

Brera’s love of soccer started to weaken during this period. Suddenly, the sport that always dominated his life, changed drastically, becoming something indistinguishable to his eyes. Because of these drastic changes in soccer, Brera started dedicating his time to the other things that he loved in his life: cuisine and friends. He did this until his tragic death in 1992, a car crash after a dinner with his friends that proved fatal.

20 years have passed since his death, but his memory is still very strong. The Arena Civica of Milan is now named after him. Why all this gratitude to him?

It’s simple. During his career, Brera was able to narrate Italian football like no one else before him, creating the basis of current sports journalism through only his communication.

Apart from this, he also had the social function of keeping Italians interested in reading. Many Italians, defined by him as “returning illiterates,” who would hardly read a story or a newspaper, were eager to pick up and read sports journalism. In a nutshell, Gianni Brera has been the master and educator of millions of Italians for over 40 years.

‘A means of happiness’: the bicycle, 200 years later

Today, Wednesday, June 26, the first patented bicycle turns 200 years. A wonderful anniversary, full of history and passion, which we decided to celebrate with a special interview to Rossignoli, a historic bicycle shop in Milan, a real reference point for bike lovers. Maybe you will be fascinated by its over 100-year-long history, or maybe […]

A clear blue sky above the sea, a wave crashing down on you, a storm you’re heading towards, maybe never to be seen again. A shiny rainbow to lead you to your fortune, and, just over the horizon, perhaps there’s land ahoy. A seaman’s adventures, condensed here into metaphors for our everyday lives, is a […]