The legend of Giovanni Trapattoni

Giovanni Trapattoni needs no introduction. He may be summed up in one sentence: “Non dire gatto se non ce l’hai nel sacco” (a broken Italian way to recommend not to take something for granted until it is).

While representing a bygone age, his titles speak volumes. He’s won 22 titles as manager training Juventus, Inter, Bayern Munich, Benfica and Red Bull Salzburg, which makes him the most successful Italian manager of all time. He also holds the record of Scudetti (7).

“He won everything as a player, too, playing for Ac Milan, just for laughs. A special career.”

He was born in Cusano Milanino (near Milan) in 1939. His experience as a player is not a trivial starting point. He played as a halfback in AC Milan for fourteen years, trained by Nereo Rocco.

He was a star with Italian NT too, especially in an epic match. We’re talking about Italy-Brazil 3-0 played at San Siro in 1963. The result alone would be enough, but in addition “il Trap” had to mark the legendary Pelè, who eventually had to give up on playing. Years later the Brazilian claimed that it was because he was injured and played only to satisfy the sponsors.

Nereo Rocco’s imprinting (coupled with Trap’s ability to balance the team as a player) turned out to be fundamental in establishing his overall view as a manager.

“Rocco was one of my teachers. He was different from the how is normally portrayed. He was shy and respectful. He seemed to be gruff, but he wasn’t. He was smart, he never said anything trivial.”

His style led him to be the most representative manager in Italian football after WWII. He was famous for his maniacal preparation and his defensive ability. Bearzot once said of him:

“Trapattoni prepares the team down to the last details from Monday to Sunday. He’s oppressing, he keeps players focused. He’s thorough like few others. He acutely analyses the opposing team and prepares his countermoves, which are often successful.”

His first steps as a manager were at Ac Milan, taking over as interim manager in several periods between 1974 and 1976. In 1976-77 his story begins.

Boniperti sees something special in him and chooses him to train Juventus. It was the beginning of the most lasting cycle in Italian professional football. 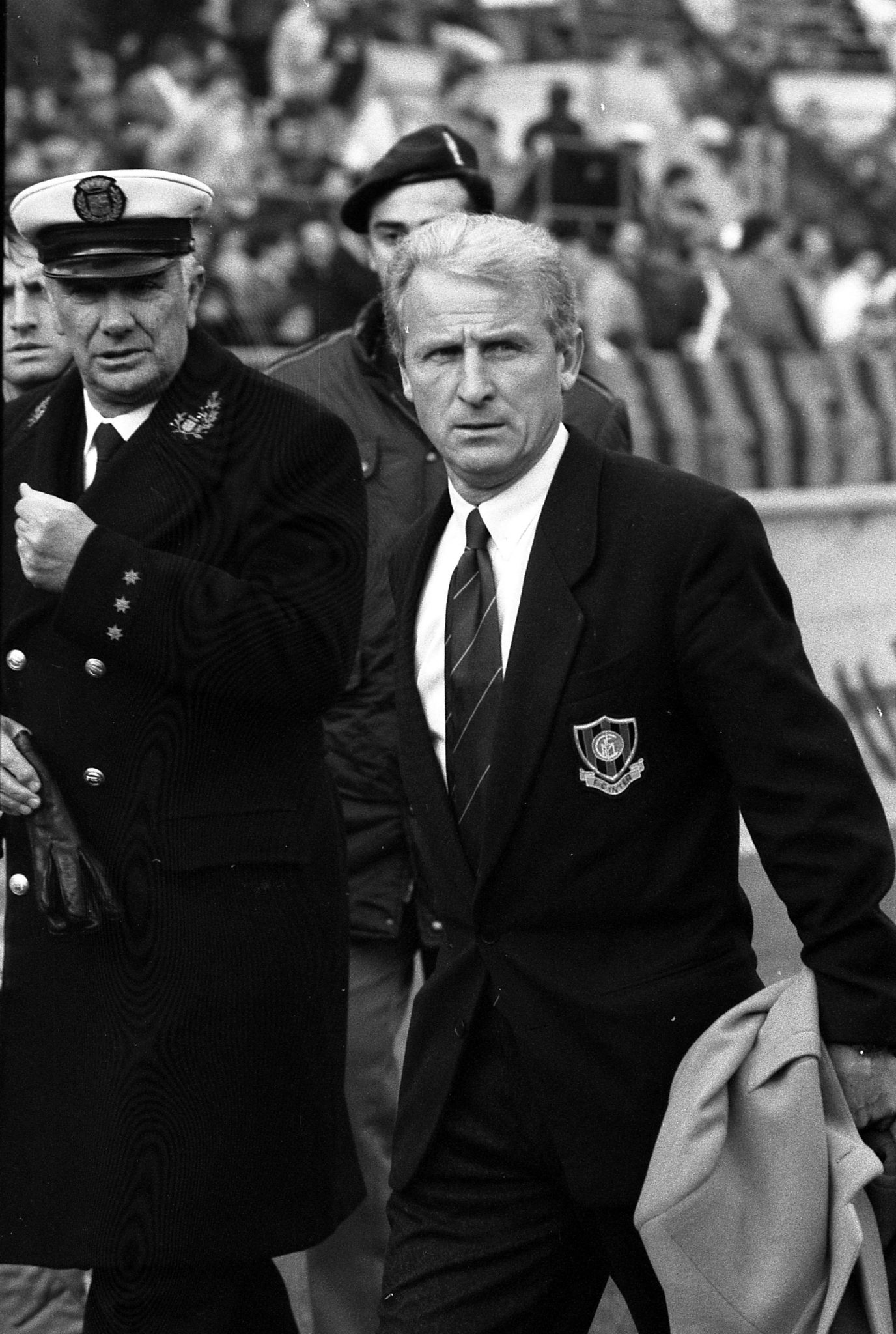 His first experience lasts for 10 years and is a triumph. He won scudetto (points-record) and the first Uefa Cup of Juventus’s history during his first season as manager. He’ll win 5 other championships, 2 national cups, 1 Uefa Cup winners’ cup, 1 European super cup, 2 European cups, and 1 intercontinental cup.

He was the first and only manager to win every major Uefa club trophy. His coaching style was based on pragmatism, results being pivotal. As he himself said:

“Our football isn’t poetry. If you can’t play well, at least you have to win. Results stick out, spectacular teams and words last only 24 hours.”

After his experience at Juventus, Inter. He trains the Nerazzurri from 1986 to 1991. A brave move after such a long time in Turin, but Trapattoni managed them wonderfully. Thanks to his status, but most of all victories: a Scudetto, the Italian Supercup and another Uefa Cup.

The 1988/1989 league title is known as “lo scudetto dei record”. And Trap is its main protagonist. Inter wins against Sacchi’s Milan and Maradona’s Napoli five rounds before the end, with a record in points, best offense, and best defense.

“I don’t like tags. The heftiest one says I’m a defensive coach. My teams always scored more than the others.”

Lothar Matthäus, iconic number 10 of that Inter, said that “Trapattoni is a great coach because he speaks a player’s language”. Study, tactics, but also empathy.

In 1991 he comes back to Juventus for a second cycle, shorter and less glorious. Nevertheless, he wins again: another Uefa Cup. His third one. Another record.

In 1994 he goes abroad, at Bayern Munich. Another iconic page in his career-book, especially thanks to a legendary press conference centered around the player Thomas Strunz. Leading the club in 1994-1995 and then from 1996 to 1998 he will win a league title, a League Cup and a DFB-Pokal (German Cup). 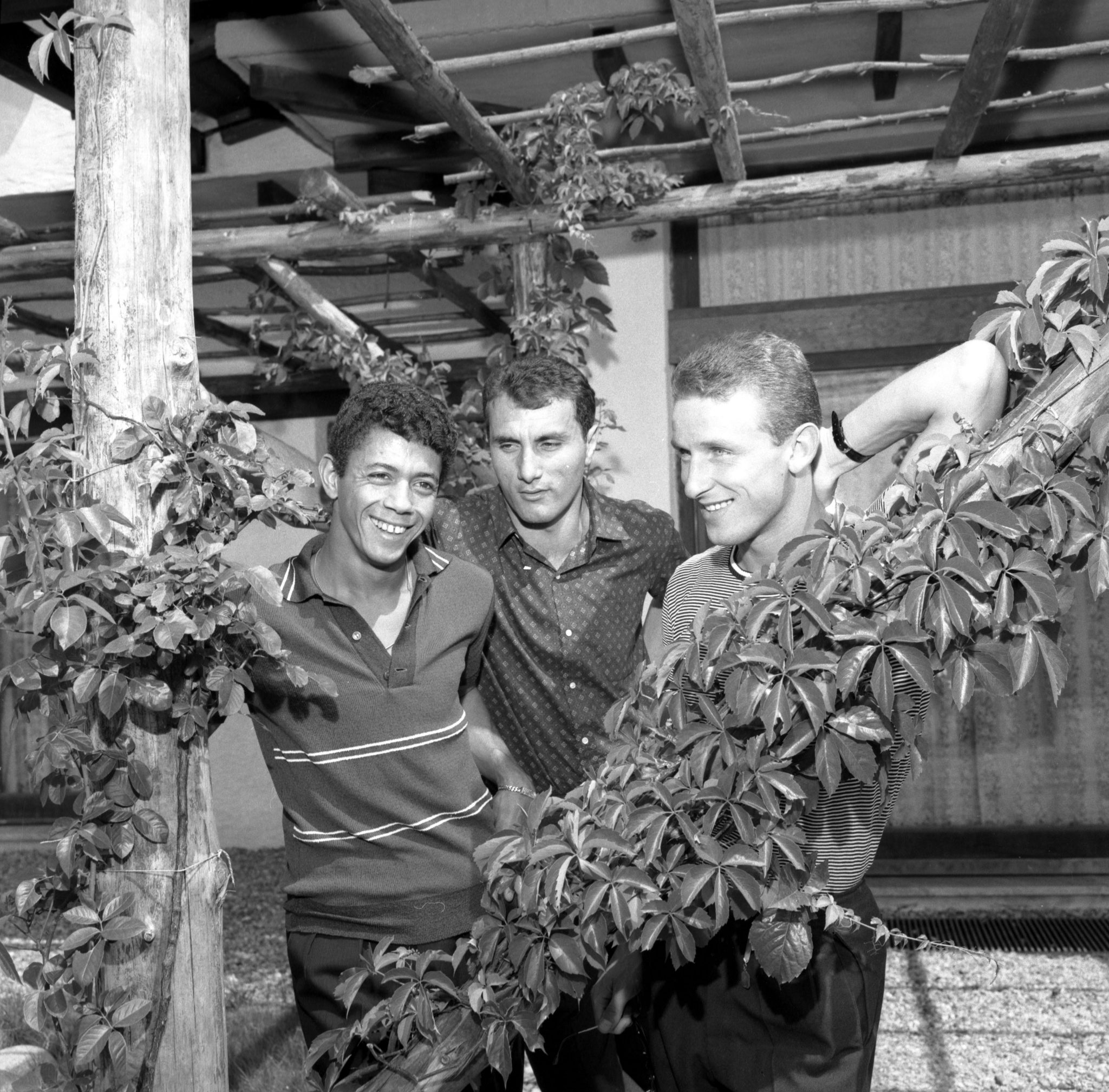 For someone with his profile, coaching Italy was inevitable. He was appointed in 2000, with great expectations. But it is not a successful experience. Two historic games trap Trap: Italy-South Korea in the 2002 World Cup, with Byron Moreno as referee; Sweden-Denmark 2-2 at Euro 2004, one of the most famous draws Euro history since it kicked out Italy from the competition.

Nevertheless, Trapattoni doesn’t give up and carries on with his career: he brings Benfica back to a league title after 11 years in 2004-2005 and finds the last title with Red Bull Salzburg in 2006-2007. His last experience is with the Irish national team, until 2013.

“I miss the bench. There were some offers, but then my wife said: ‘If you go out, I’ll change the lock and never let you in again.’”

A virtually eternal coach, a unique winner, also a charismatic character. To the point of making his many grammatical mistakes his strength. Most of all, in love with football:

“I drove Ferraris and Topolinos (a FIAT car), but always with the same passion. For a person who, like me, loves football and was never betrayed by it, the most beautiful thing would be to die on the bench, during a game.”

The legend of Dan Peterson

Dan Peterson managed to overcome limits imposed by his sport and his role thanks to skills, charisma, and victories. He has become an icon, even beyond his career. His importance as part of his world, namely basketball, lies in the fact that he’s done more to change Italian basketball than anyone before or since. “He […]

Eicma 2019 is now over: a week for motorcycles and their brands to be the main characters. Here we want to tell you about one of the greatest Italian brands. From bicycle-manufacturer to track records Born as a small bicycle factory, Aprilia discovered the charm of engines and speed in the Sixties. Since 2004 it […]