Jury Chechi’s story is a perfect example of strength ― both mentally and physically ― will, and perseverance.

His story is one of limitless talent, which of course, can be dangerous if it not supported by great mental endurance and full dedication. In his case, Chechi was lucky ― he has the best of all of these qualities.

Since he was a child, Jury Dimitri Chechi showed a strong dedication and an obsessive commitment to everything gymnastics: competing in almost all the gymnastics events, and winning six gold medals at the 1991 Mediterranean Games at a mere 22 years old.

But the true love of Jury Chechi’s life has always been the one and only still rings, on which a man must be able to fly. From the get-go, Jury Chechi’s career was focused on winning the Olympic gold medal in this event. 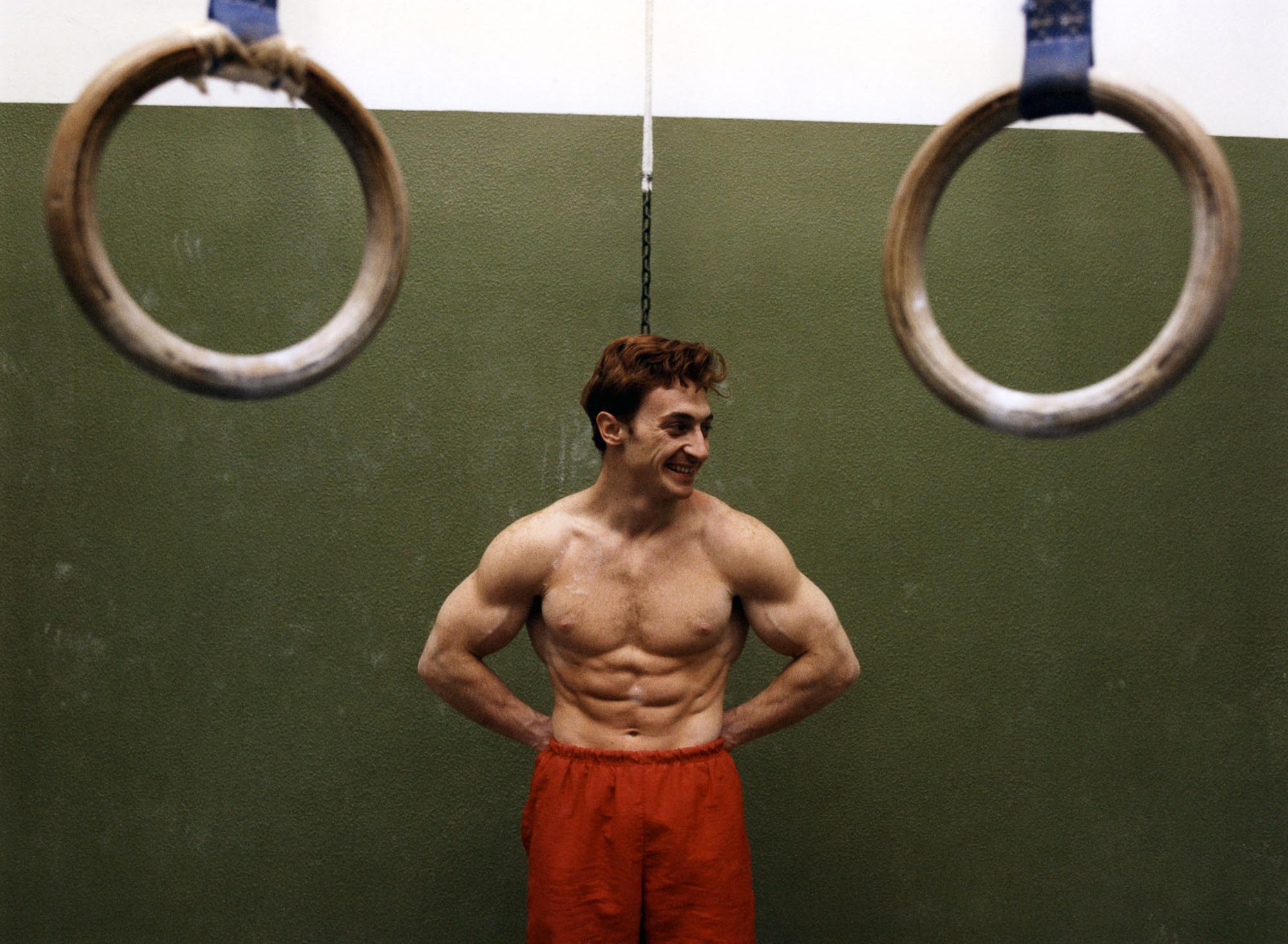 The win seemed a given at the 1992 Barcelona Olympic Games, as Chechi came from the triumphant campaign of the 1991 Mediterranean Games, from a third place in the World Gymnastics, and from a European title.

It looked like there was nothing that could impede the 23-year-old from Prato, Tuscany, from achieving his Olympic dream, the peak of every athlete’s life.

Destiny wasn’t in his favor. A few days before the start of the Olympic Games, Chechi tore his Achille’s tendon while training and he had to give up his dream of medals.

It was like his dream was snatched right out from under him.

But as said, Chechi’s willpower and tenacity were uncommonly strong. He never gave up and when he was able to train once again, he got back on track as if nothing had ever happened.

From that moment forward, he dominated the rings scene for 5 years ― he was World champion from 1993 to 1997 ― achieving his target in 1996 in Atlanta when he finally won his first Olympic gold medal.

Even if his biggest athletic goal had been achieved, destiny had much more in store for Chechi.

While training for the 2000 Sydney Olympic Games, Chechi sustained another injury, this time in his arm tendon, in what many considered to be the final nail in the coffin for the long career of “The Lord of the Rings.”

In fact, Chechi announced his retirement on TV with a simple statement, but he did not stop training despite doctors said he would never get back on track. Then he made history. During the upcoming Olympics, Andrea Fusco described Chechi:

“He landed like a leaf which surrenders to autumn, claiming the grace of the flight.”

In 2003, he promised to his seriously ill father that he would get back to gymnastics if he ever recovered (Leo Chechi incredibly, despite pessimistic prognosis, made a full recovery). Jury Chechi returned to training hard to prepare for the 2004 Athens Olympic Games.

In Athens, Chechi proved all the naysayers wrong by winning another medal. He won the Olympic bronze medal at 35 years old, after two serious injuries, showing the victory of a man with uncommon strength. He proved himself to be strong, stronger than destiny.

Behind the scenes of Germany-Italy 2006 with Fabio Caressa

Fabio Caressa has revolutionized the way of narrating a soccer game. Not a simple commentary, but a narration of the emotions the match conveys. «600 thousand Italians live in Germany: some have always lived here, and have never denied their land: our players understood what mattered to them today, they read it in their eyes […]

As soon as anyone quotes him, memories of those unforgettable Champions League evenings in Italy immediately come to mind: “lofted in”, “flung in”, “wild bunch” in the box, “’ccezionale” (“’xcellent”), “unbelievable”, “won’t work”. Having commentated over 1800 games, his voice has become a real trademark: a unique stamp, a rare verve. Born in 1958, Sandro […]