When we talk about Adriano Panatta as the best Italian tennis player it must be said that we’re talking about Open era, that is to say from 1968 onwards. Earlier, Nicola Pietrangeli has to be dealt with, having 66 single titles in his palmares. Undoubtedly, the best Italian tennis player ever. And besides, the fact that the Foro Italico’s central court is dedicated to him must mean something.

Pietrangeli was surprisingly born in Tunis in 1933 and showed up in Italy only after World War II. His father Giulio played rugby and tennis and urged his son to pursue a sports career.

At home he started getting acquainted with paddles and balls, in the unusual context of the tunisian prison camp where he was confined. When he showed up in Rome, by the end of the conflict, Nicola played both football and tennis at a certain level.

“Until I was 19 I was a better football player. I played for Lazio youth. When they loaned me to a Serie C [third division] team, I left football. When I was a child I dreamt of being an explorer: I thought I’d be traveling far more as a tennis player.”

He grew up at Tennis Club Parioli, where a certain Ascenzio Panatta (whose son will be very famous) worked as a caretaker. When he was 18, in 1952, he played the Italian Open for the first time. His talent was extraordinary, physically and technically.

He was supremely elegant, he specialized his style and played deeper into the field. Thanks to his wrist he was able to make every trajectory indecipherable. Thank to his ability, Nicola outgrew his indolence in practice sessions, which he always despised.

“The number of times I’ve heard: you could have won far more if you had taken practice sessions seriously. I seriously answered: it would have been less fun.”

In 1954 he made his debut in Slam tournaments and won his first double title in the Italian Championships. In 1955 he won his first single titles. He’ll never stop from here on out, by accumulating victory after victory until 1970.

His most celebrated wins are connected with the French Open. In 1959 he won the tournament for the first time, playing with the number 3 seed. That was the first time an italian player won this tournament. He won the double-title too. This combo will remain a unique event over the years. 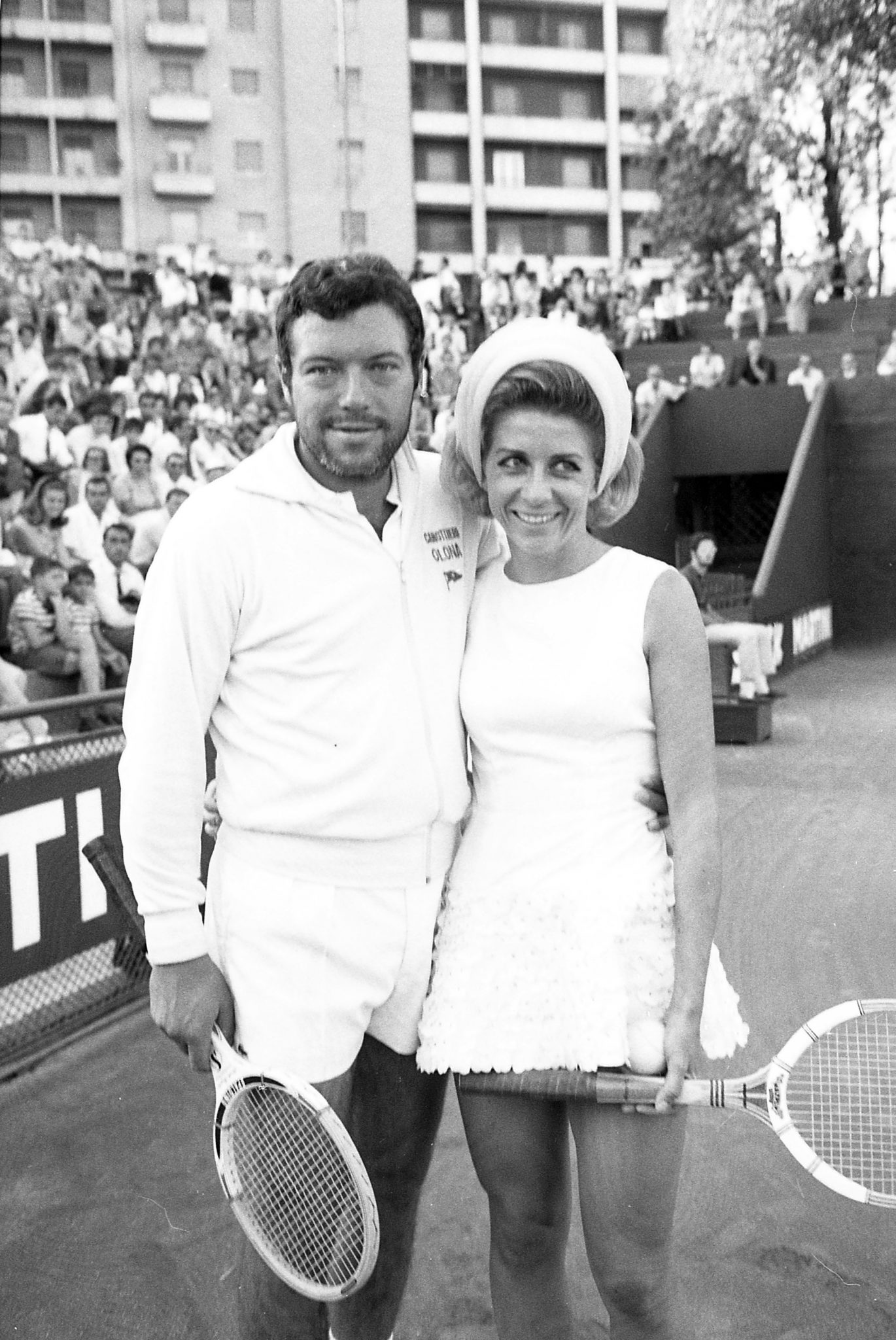 He was able to win the single-title in 1960, too. That year he played the semifinals in Wimbledon, losing against Rod Laver. His tennis level was awesome, during those two seasons he was listed as no.3 in the world.

“In the old days, if they had confined every tennis player on an island for six months without tennis courts and then let us compete in a tournament, he would have won.”

His Davis Cup chapter is very rich, too. He played in a record 164 Davis Cup rubbers, winning a record 120; unfortunately he never won Davis Cup as a player. Thanks to him two Italian teams which reached the Davis Cup final in 1960 and 1961 but they were not able to beat Australian NT.

But nevertheless Italian NT was the first one to stop the Australian and American hegemony in the finals that held since 1938. After retiring as a player, Pietrangeli became Italy’s Davis Cup team captain and led them to victory in 1976.

His determination to play against Chile, overcoming boicot proposal against Pinochet, was fundamental. That was an historic win and above all a lifetime achievement. 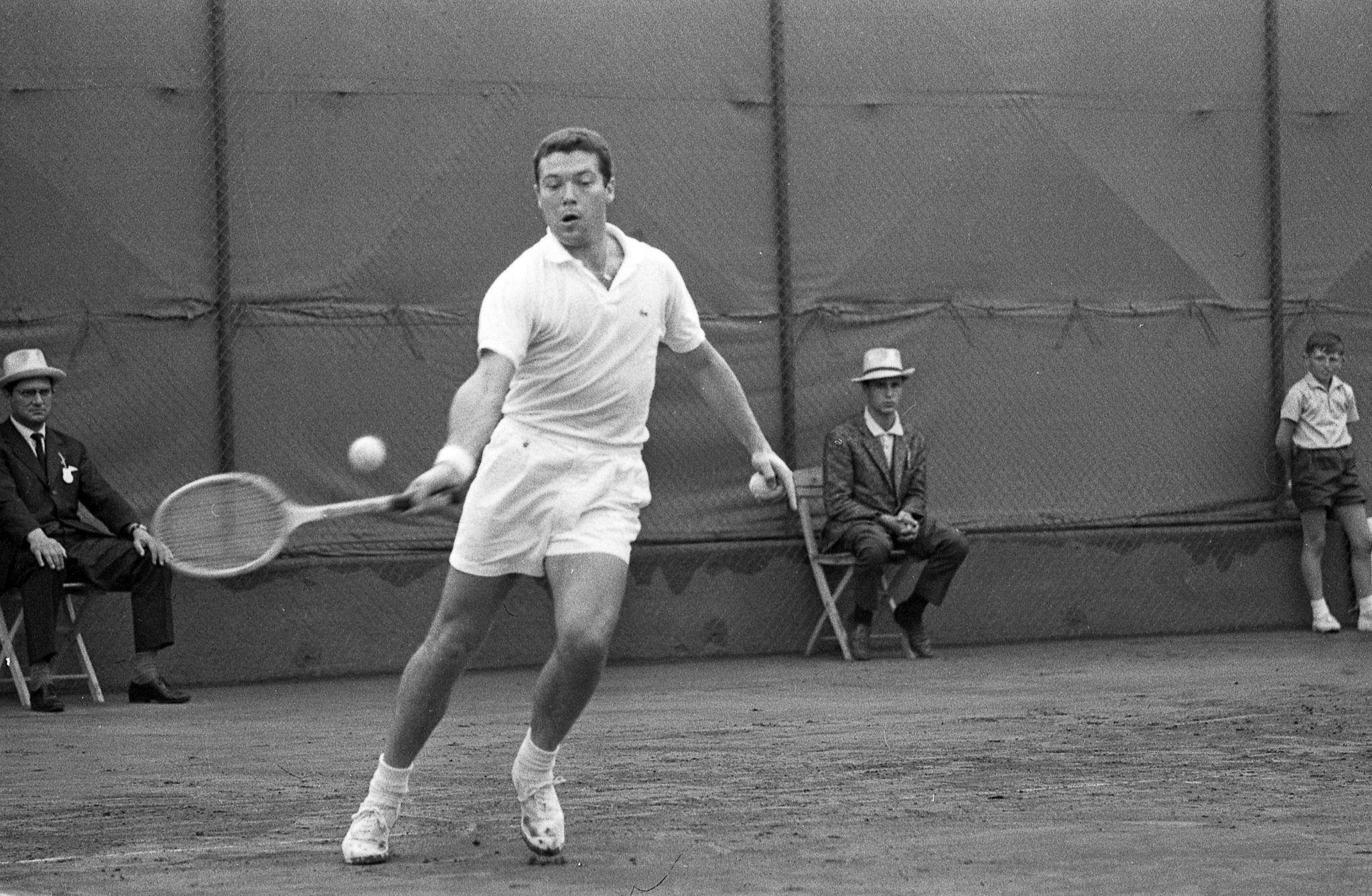 He retired as a player in 1974: he was 40 but still at number 271 in the Atp ranking. His double career went on until the 1977 Us Open, when he showed up with his heir Adriano Panatta.

Pietrangeli is the only Italian who was included in the International Hall of fame alongside the journalist Gianni Clerici.

There was some talk of the glamorous life from which he never shied away. The most famous episode was his engagement with Licia Colò after the end of his first wedding, even though she was 30 years younger. Jaroslav Drobny, former hockey and tennis player, paints him like this:

“In Pietrangeli, the human being always prevailed over the machine capable of playing perfectly.”

But Pietrangeli always knew how to combine the two aspects of his social and sports life, not depriving himself of anything, without sacrificing his awards. Obviously, there is some regret on our part. We could only image how much he would have won if he had focused on tennis alone. Rino Tommasi answers the question thus:

“Although I have always known Nicola Pietrangeli, I’ve never asked him if he eventually regretted not giving all his attention and energy to tennis. I never asked because I knew the answer: Nicola could not live differently, he would never say no to a party, a dinner, a woman to play a better game.”

Alberto Tomba, an Italian Olympic skier, is still as relevant to his fans as he was 20 years ago before he retired. Fans, professional skiers, hobby skiers, people without any relation with sports or skiing ― everyone has heard about Tomba. He is Italy’s best skier, with charisma and media renown as well. “In the […]