The Italian tradition in boxing has deep roots, covers a long time span, and involves a great number of athletes at every level. If you think of an Italian-bred champion, your mind first goes to Giovanni Benvenuti, also known as “Nino”.

The term “champion” isn’t an exaggeration in this case: Nino Benvenuti is not just an ace at the Italian level, but a world-class champion. It all began with his amateur career.

Born in 1938, Benvenuti began boxing at age thirteen, motivated by his father’s passion for the sport. Boxing captivated his interest as a young boy and he was hooked on the sport ever since. His career began at first the regional, and then, interregional level, and ultimately, ascending to the Italian national team.

He was a non-stop winner from nearly the onset of his career: he won two European titles and the Olympic gold medal in Rome in 1960. At the Olympics, he also won the Val Belker Cup, which was given to the best technical boxer.

“Among all the fighters was Cassius Clay, who also won the gold medal in Rome ― mainly known as Muhammad Alì. He is one of the best boxers of all time.”

His amateur record consisted of 120 wins and one single loss that seemed to have been strongly influenced by the judges. His record was truly impressive: to the point that Bruno Arcari (considered by many the “best Italian boxer”), actually said that Benvenuti was better as an amateur than as a professional. This was said even with the knowledge that Benvenuti eventually would win the world title.

In 1961, right after winning the Olympics, Benvenuti chose to go pro. This was the beginning of a new, stunning phase in his boxing career.

He went on to have a 65-win streak before his first career break, leading him to multiple Italian, European, and even World titles within the World Boxing Association (WBA) and the World Boxing Council (WBC). To compare, the entire career of Floyd Mayweather, the most well-known boxer of our times, has only consisted of 50 matches.

In 1963, he won the Italian middleweight title, and two years later, he challenged Sandro Mazzinghi for the European and World titles of the Superwelter division. Mazzinghi was a top-notch fighter, who finished his career with just three defeats out of 69 total matches. A strong rivalry formed, between Benvenuti and the boxer from Pontedera, fueled and amplified by the media’s focus on both their boxing and personal lives.

“On June 18th, 1965, Benvenuti won the match held in a densely-packed San Siro stadium by KO in the sixth round, which was the only time his rival was defeated.”

The rematch, stipulated in his contract, came six months after Benvenuti won ― again this time by decision ― after 15 demanding and contended rounds. So two of the three defeats in Mazzinghi’s career were because of his bouts with the boxer from Isola d’Istria. Their rivalry didn’t end after the matches but continued even years after, perpetuated by the media.

In 1966, Benvenuti had his first professional defeat, in a fight with Korean fighter Kim Ki Soo. A match not filmed by any media outlet, and shrouded with a mysterious ending, the fight was contested by Benvenuti. The Italian agreed to fight again in Seoul, the hometown of his opponent. During the 14th round, with the Korean struggling, the whole ring collapsed, forcing a seemingly infinite interruption of the match that lasted nearly fifteen minutes.

After the incident, Kim ended up winning by split decision: an unexpected result that Ring Magazine voted as “Upset of the Year.” Who ended up bringing back the title to Italy? Mazzinghi in 1968. 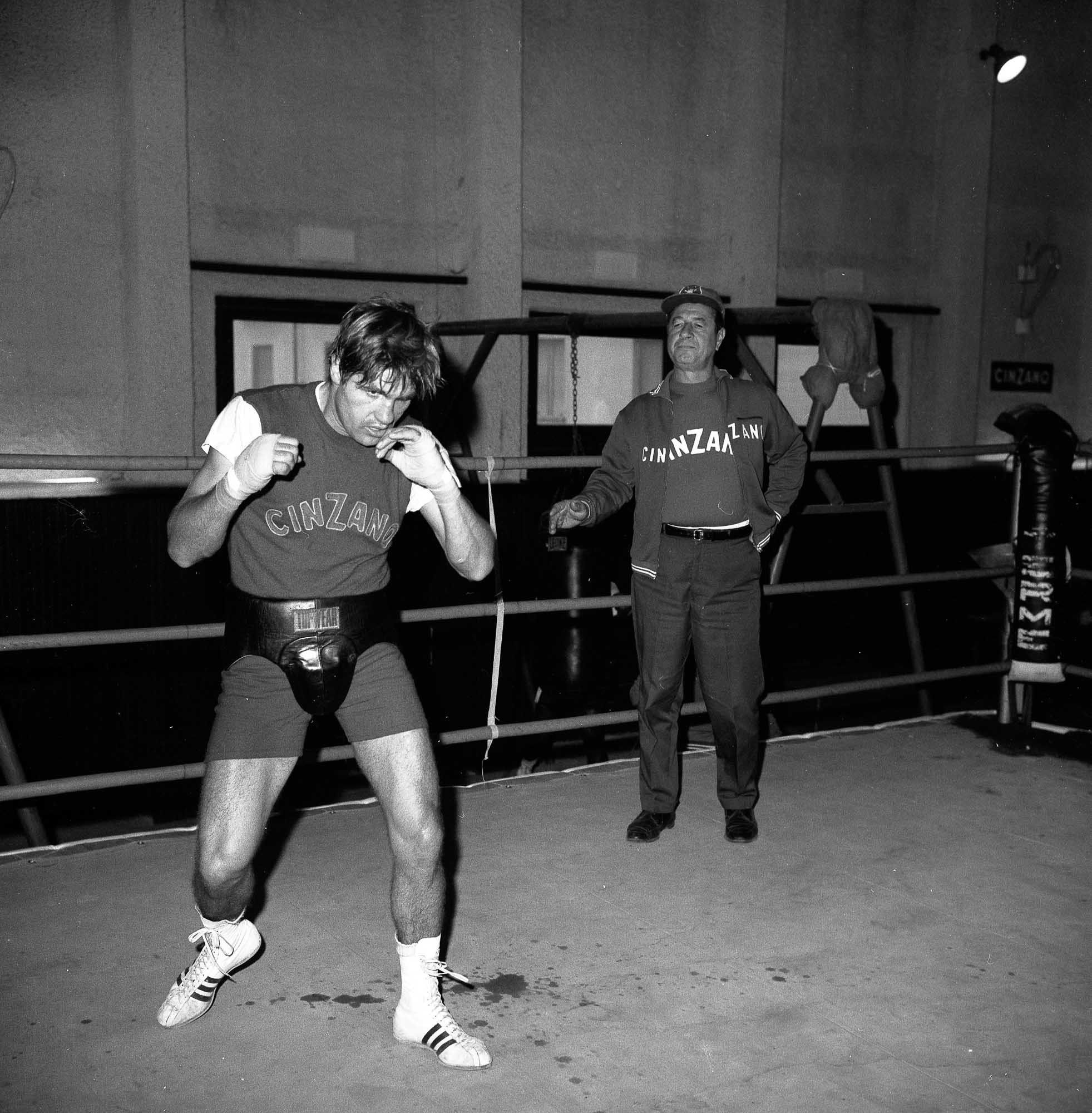 At this time Benvenuti left the Superwelter weight category, focusing on the middleweight class, clearly setting his sights on a world title. This led up to the highest peak of his career.

He flew to the US in 1967 with his manager first to study, then to fight the middleweight champion of the world, Emile Griffith. The Madison Square Garden commission approved the fight, not because of Benvenuti’s fighting record, but because of the prospect of a clash between a black champion and a new challenger with white skin, blonde hair, and blue eyes.

At the time, newspapers wrote clearly that Griffith was impossible for Benvenuti to beat; which was strongly contradicted by his fighting record. The Italian audience anxiously awaited the fight; 6 chartered flights full of Benvenuti’s people even flew over to the US for the occasion.

“On April 17th, 1967, the night of the match, the Italian national channel (Rai) broadcasted the match only via radio: it has been estimated that between 16 and 18 million people listened live.”

Only a historic football match, like the Italy-Germany 4-3, has had similar levels of success. The match was battled as expected between the two champions, but the title went to Benvenuti in the end, thanks to a great display of strength and technique.

Nino prevailed, winning ten rounds out of fifteen for two judges, and nine for the third one. Before him, Marcel Cerdan was the only other European able to win the World Title, and he was the first Italian to do so in the middleweight weight class.

Nino crossed his gloves with Griffith two more times: once for the rematch, and once more for their last fight. The second clash, in fact, went to the American, who broke a rib in the second round with a great body shot by Benvenuti. Benvenuti himself said that the second match with Emile Griffith was:

“A dramatic experience. I remember the suffering I felt during that fight ― something I never felt before in my career”

The third match proceeded relatively equally-matched, until the eleventh round, when the Italian fighter was aggressively knocked down for the final score. Benvenuti defended his world championship belts four more times, but from 1968 onwards, his career took a downward turn. In total, he had one draw and five defeats in 14 matches, of which three were consecutive in his last three career matches.

He also lost two times against an Argentinian man, in a surprise turn of events. His powerful opponent was at the time a boxer restricted to local fights, but so skilled that he was only defeated 3 times in 100 matches. Benvenuti then decided to retire from boxing, definitively giving up his champion titles.

By 1971, Benvenuti boasted a record of 82 wins, 7 defeats, and one draw in 90 matches. In 1996, Benvenuti was inducted into the International Boxing Hall of Fame, where his two biggest competitors, Griffith and Monzon, also belonged.

As soon as anyone quotes him, memories of those unforgettable Champions League evenings in Italy immediately come to mind: “lofted in”, “flung in”, “wild bunch” in the box, “’ccezionale” (“’xcellent”), “unbelievable”, “won’t work”. Having commentated over 1800 games, his voice has become a real trademark: a unique stamp, a rare verve. Born in 1958, Sandro […]